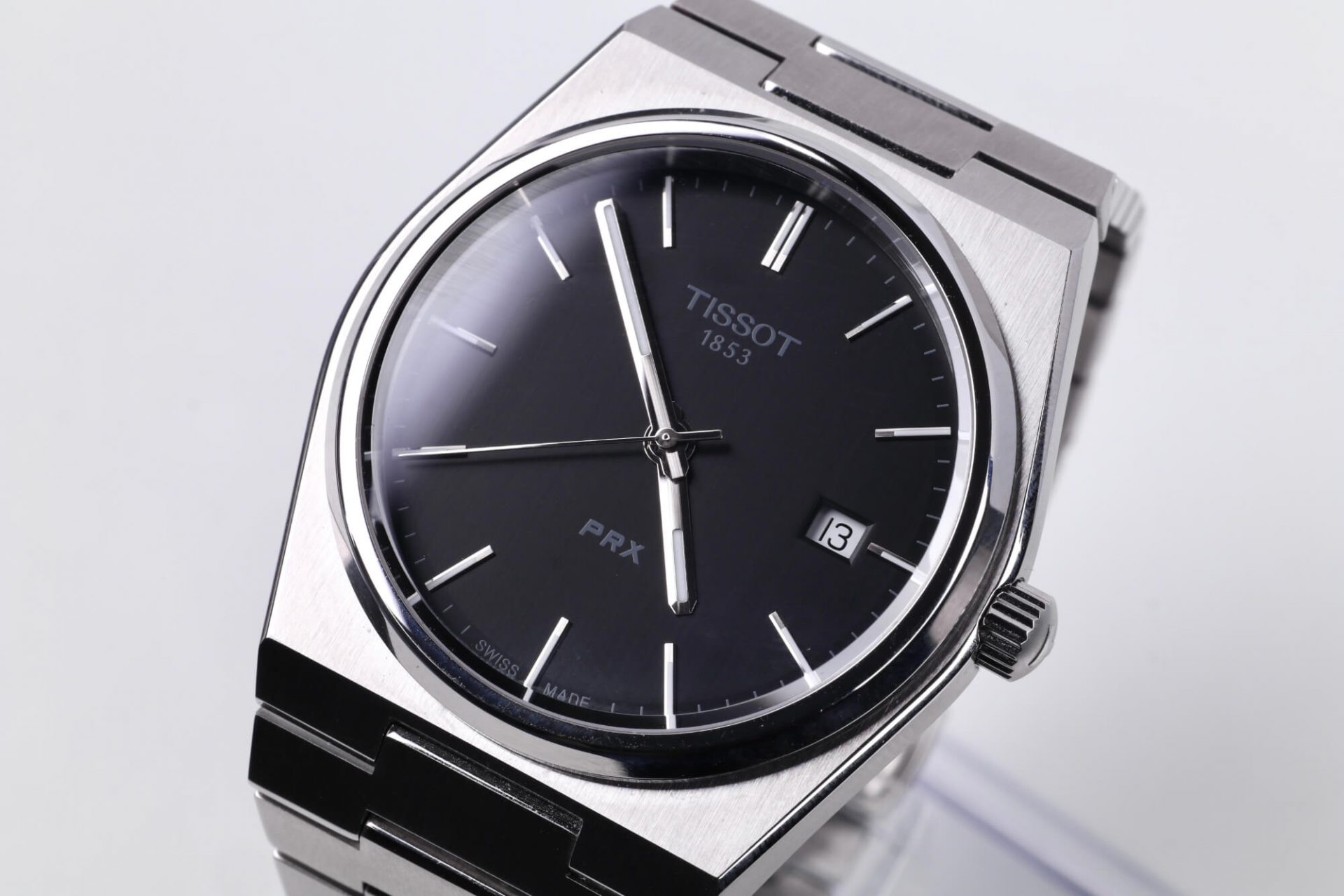 Let’s keep this brief, shall we?

You know Tissot as a brand: they’ve been around for a while, they’re owned by Swatch Group, and they make a bunch of entry-level Swiss watches.

And you probably know that Tissot–like everyone–has been digging into their archives of late. And that their most recent revival is the Tissor PRX, a reissue of a 1978 quartz Tissot Seastar (the model would become known as the PRX a few years later).

This is a review of the new Tissot PRX.

The watch wears well and has great legibility. The softness of the dial and the bright reflectivity of the hands and markers are a perfect pairing. Due to the thin bezel, the watch appears larger on the wrist than its dimensions suggest.

No doubt the watch sits well on the wrist, but be warned: the case design means it will have significant overhang on small wrists, and may sit awkwardly on large wrists. On my 7-inch wrist, it was perfect. As you can also see, the watch has some nice polished accents that catch the light at times.

Proven performance in the pocket.

The dial of the Tissot PRX is an exercise in simplicity. Even the date window is no frills, with a simple beveled edge. My preference would be no date, but if you’re going to do one, I suppose keeping it classy is best. The watch also comes in white or blue.

The matchstick indices are mirrored by the hands, and create an elegance that contrasts nicely with the austere lines of the case. I really like the choice of grey for the dial text, as I think white would’ve popped a bit too much.

Man, check out the brushed strip through the hands. Fully polished hands tend to go black when they don’t have light on them, but with this brushing, the issue is mitigated. And they play so beautifully against the very subtle texture of the dial–can you see it?

It may not surprise you to learn that the super slim indices aren’t that bright, and the hands aren’t much brighter. This is often one of the weak spots of entry-level Swiss watches, as if Swatch Group doesn’t want the poors to tell time at night.

Great brushing. A dash of polish. Flat crystal. The watch looks good. The crown could use to be just slightly bigger, but it’s in line with the rest of the case.

A butterfly clasp may not be everyone’s favorite, but can you imagine this with some chunky ratcheting mess? This isn’t a tool watch. Minus the inherent sizing limitations, I think the clasp is perfect.

This is a simulation of what it may look like to hold the watch as if to set it. Professional driver on a closed course. Do not attempt.

The Tissot PRX reissue is a fine watch. A sharp case with a clean dial make it a great choice for those who do most of their adventuring behind a desk. If you’re fine with quartz (and you certainly should be), the PRX will do you well.

If you’re not fine with quartz (snob), Tissot has already released an automatic version of the reissue, complete with a tapisserie dial and in-house the ETA Powermatic 80 movement.

Check out more dress watch reviews at The Watch Clicker

More Images of the Tissot PRX 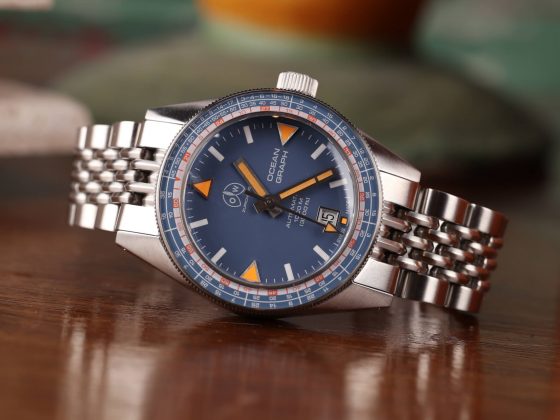 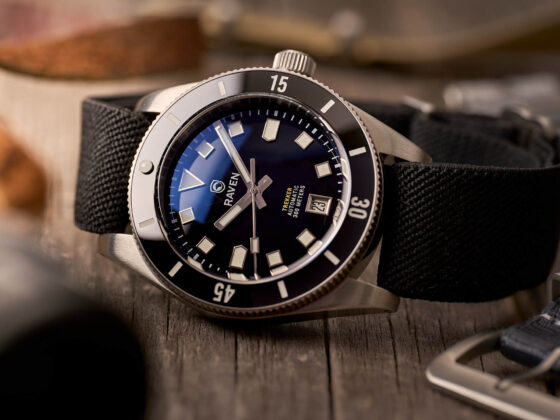