I get irrationally excited when I see a microbrand release a hand-wound watch. We often get so sucked up in specs and water resistance ratings that we forget about that mechanical connection we have to our watches. The Cincinnati Watch Co P-40 is the latest to fill that void.

I don’t wear the same watch two days in a row, so I am usually winding a watch every morning, but that isn’t the case for a lot of people. A hand-wound watch allows us to have that connection with our watch every day; winding it up reminds us about why we fell in love with watches in the first place.

Cincinnati Watch Co, a relatively young microbrand, has released a limited edition version of their P-40 mechanical watch with a blue dial. Named after the P-40M aircraft, the watch was designed to be a modern interpretation of a pilot watch. However, the hand-wound movement allows the wearer to have a connection with watches worn before automatic movements became the norm. 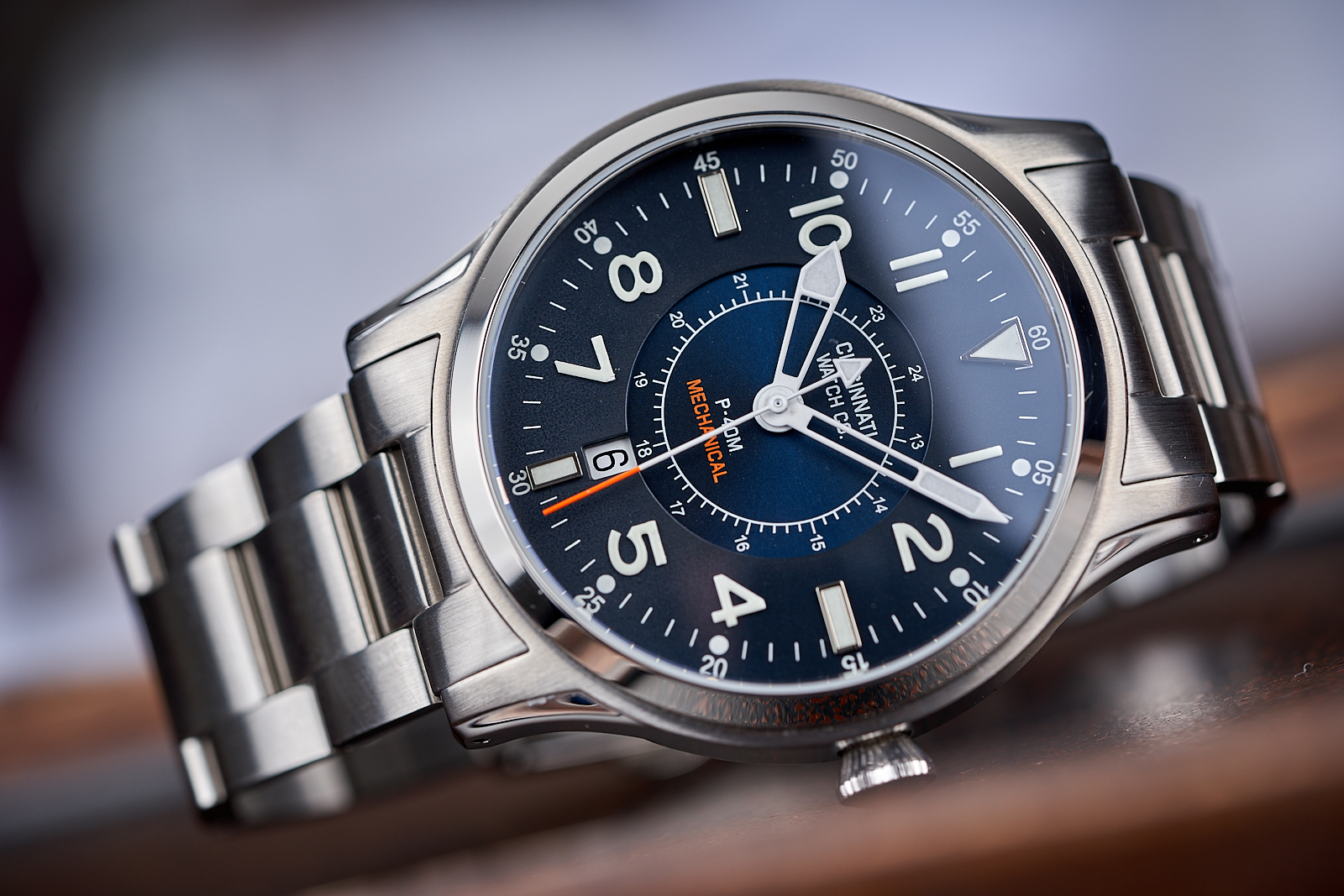 One of the main benefits of using a hand-wound movement is saving a few millimeters of case height. At only 9.29mm thick (not including the crystal), the P-40 almost disappears on the wrist. I don’t shy away from thicker watches, but I always notice the extra comfort you get with a thinner watch. 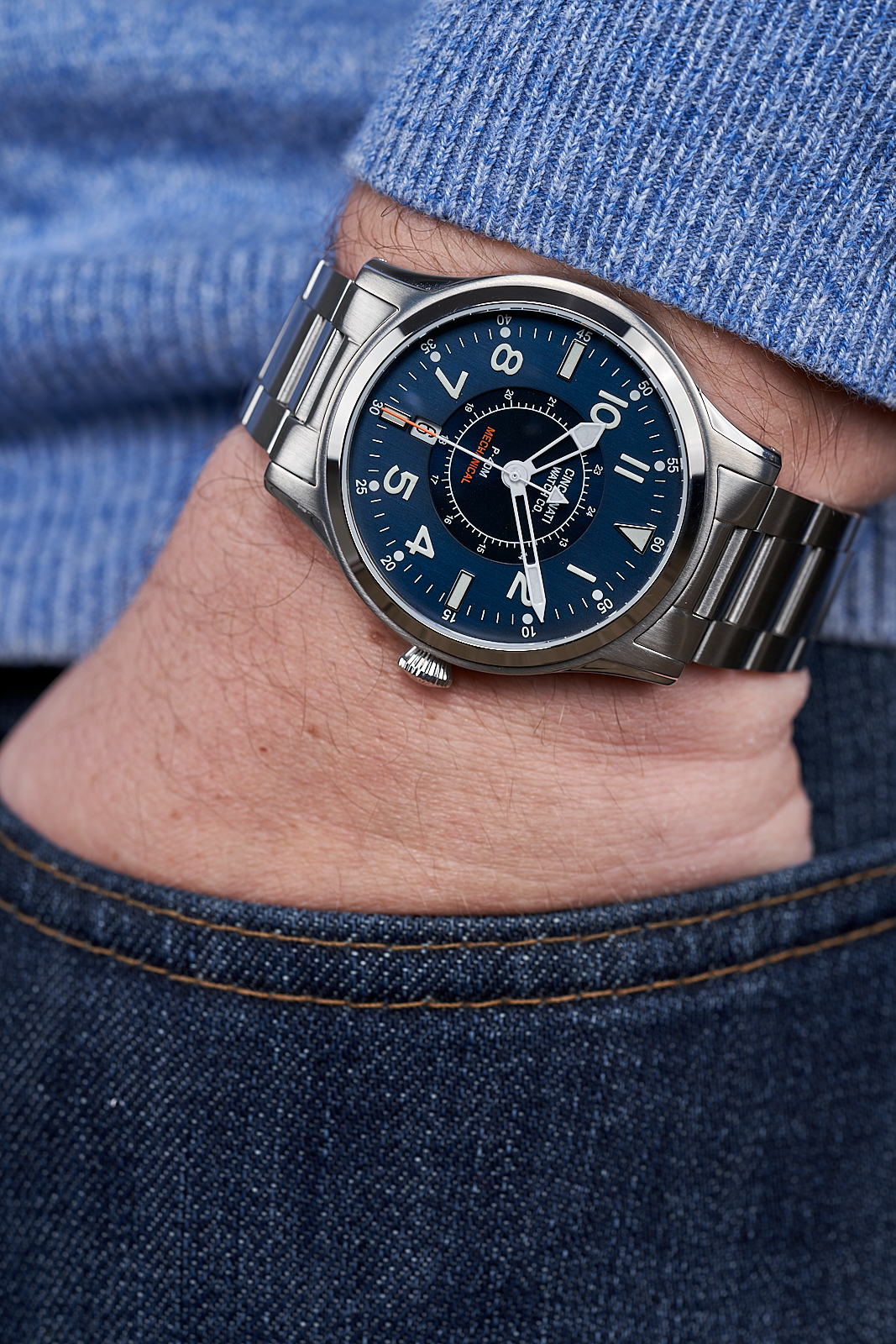 Given that the P-40 is a pilot watch, you should expect a large dial. The 40mm width of the watch is almost entirely taken up by the dial with only a few millimeters on each side taken up by the bezel. This gives the P-40 the wrist presence that a true pilot watch demands. It is extremely legible at even the slightest of glances while still maintaining some conservatism. The correct case width was chosen with this watch; if it had been 42 or 44mm, it may have looked like a clock on the wrist. 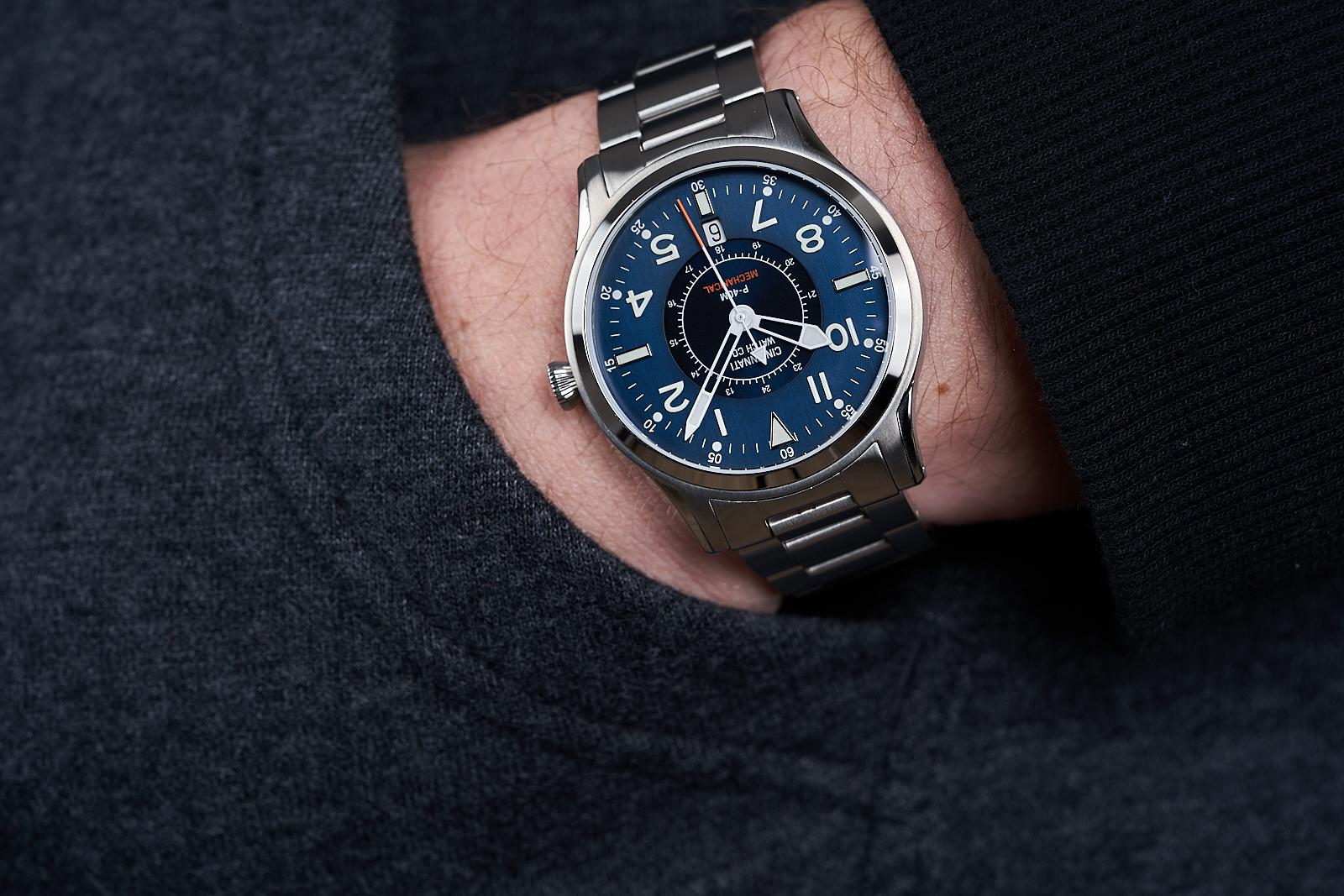 Coming in at 47.5mm lug-to-lug, the P-40 isn’t exceptionally long. The lugs curve down as they extend from the case. The P-40 feels a tad shorter than it truly is, wearing more like 46mm lug-to-lug. The polished bevels on the sides of the lugs also help break up the length of the watch. 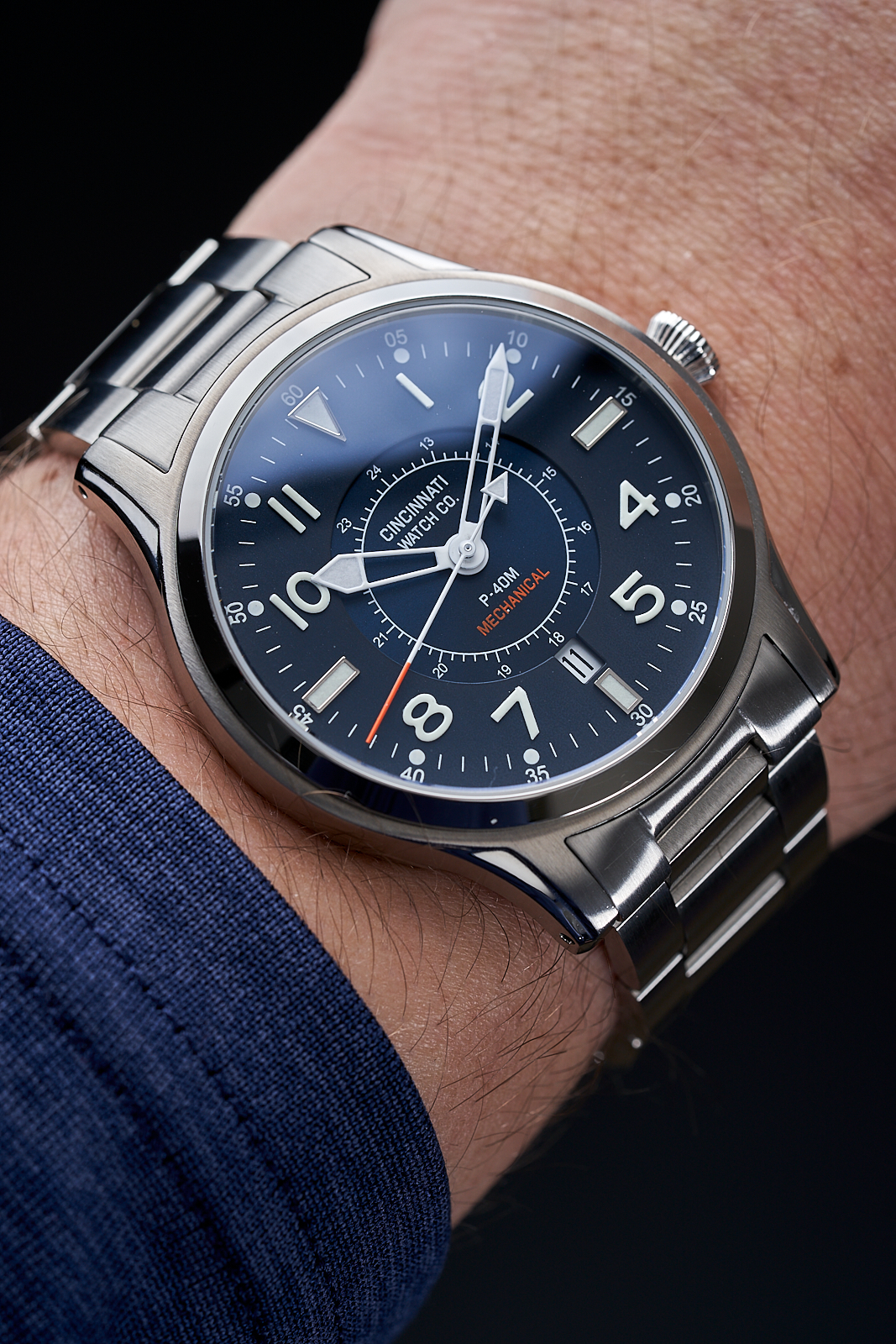 The dial of the P-40 is one of the best that has come across for review in the past several months. There are several layers and elements to the dial that make it captivating and a pleasure to look at. 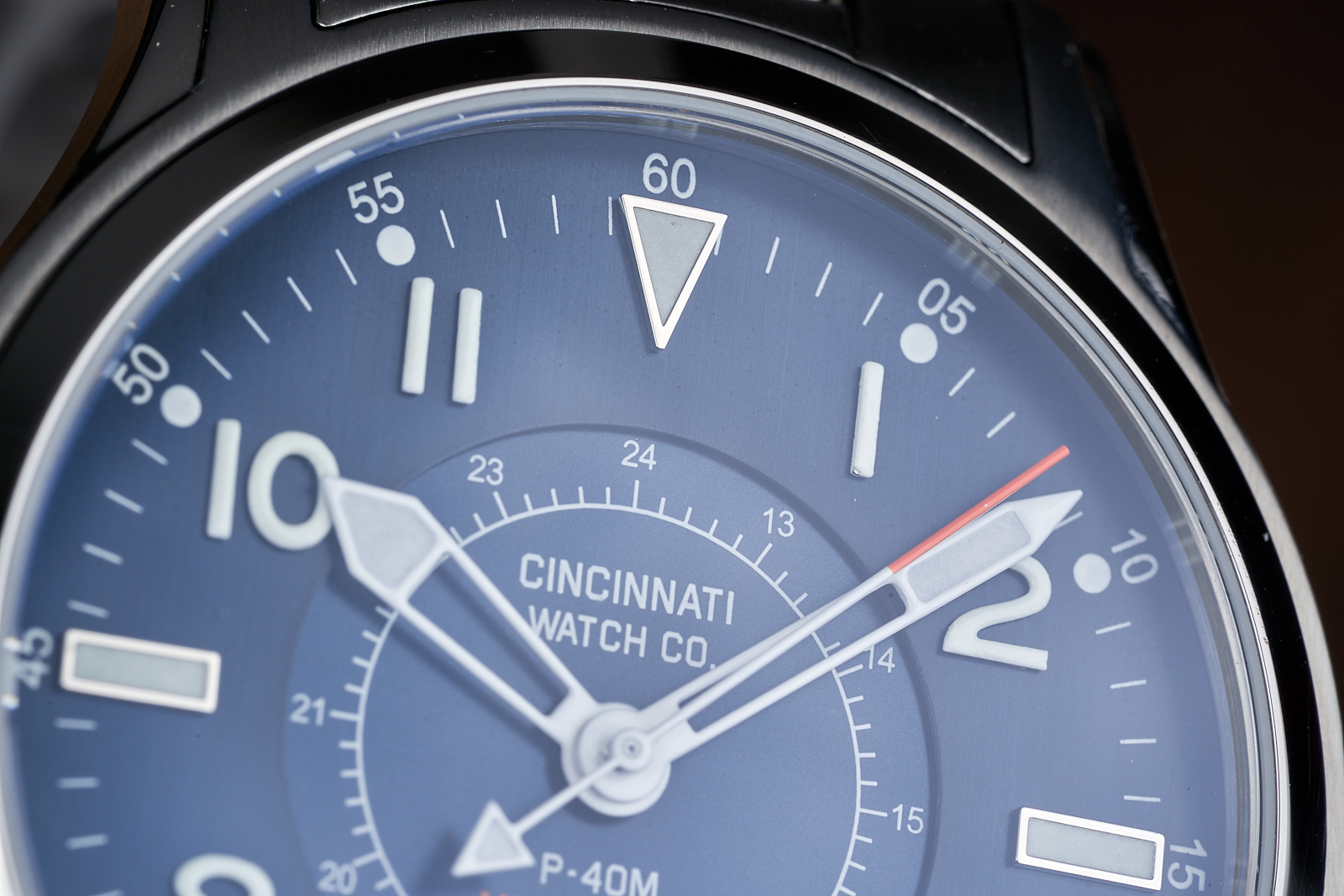 The applied markers and numerals are big, bold, and executed perfectly for legibility. The numerals are a bright white that match the handset, while the markers at the cardinal positions are polished and filled with light gray lume (all the lume glows the same color). 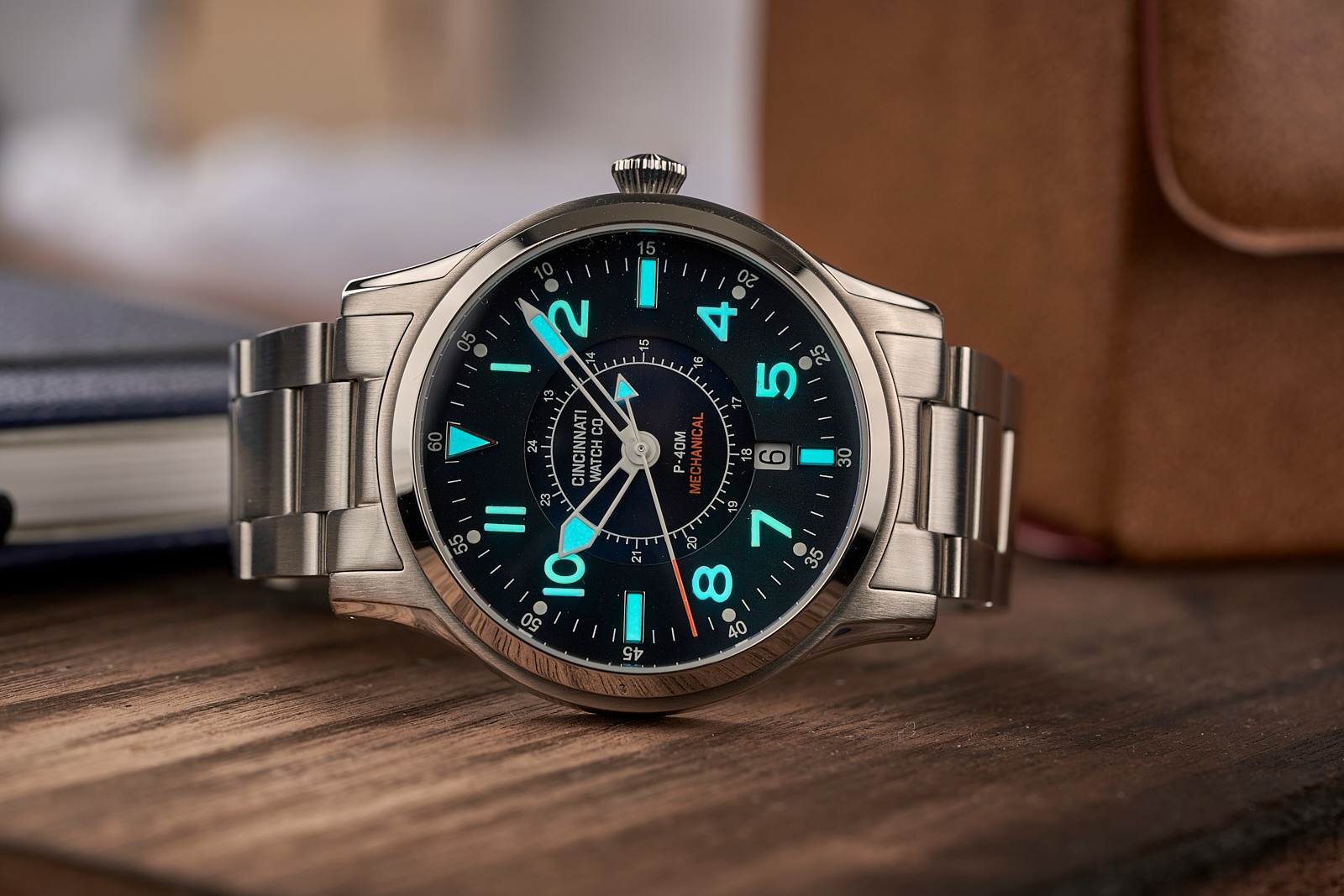 While the basic dial composition draws inspiration from the Hamilton Khaki Aviation (a.k.a. Interstellar watch), it is in no way a copy of that dial. Minute markers with numeral designations every 5 minutes flank the numerals and markers on the outside of the dial. The inner part of the dial that steps down from the outer dial contains a military time track with the watch’s branding.

The colors used on the dial are well-executed. There are 2 shades of blue used; the outer part of the dial is a dark blue that sometimes appears gray or black, while the inner dial is a dark sunburst blue. The dial color changes dramatically depending on the light and I often found myself staring it just to see what it looked like. 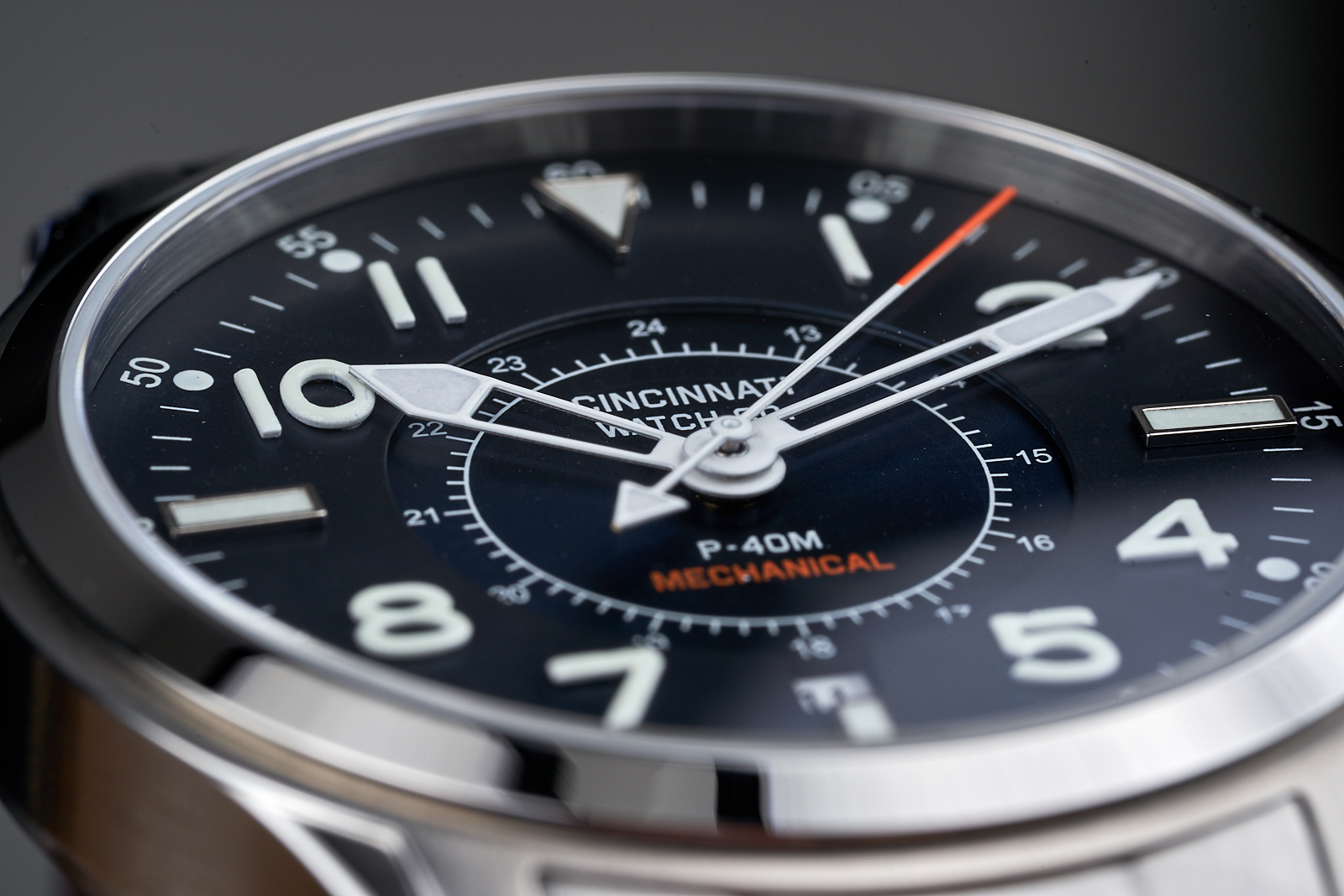 The handset is partially skeletonized with the outer portions of the hands being filled with lume. The seconds hand is tipped in orange which matches the MECHANICAL text printed on the inner dial. The combination of white, blue, orange, and gray blends seamlessly to create a complex-looking dial that is simple to read (as a pilot watch should be).

A mixture of brushed and polished surfaces adorns the case of the P-40. The fixed bezel is entirely polished, giving the P-40 the ability to dress up if the wearer wants. The sides of the case are completely brushed as are most of the lugs. A small step down on the outer edge of the lugs is polished and slightly chamfered. The lugs also contain drilled lug holes. 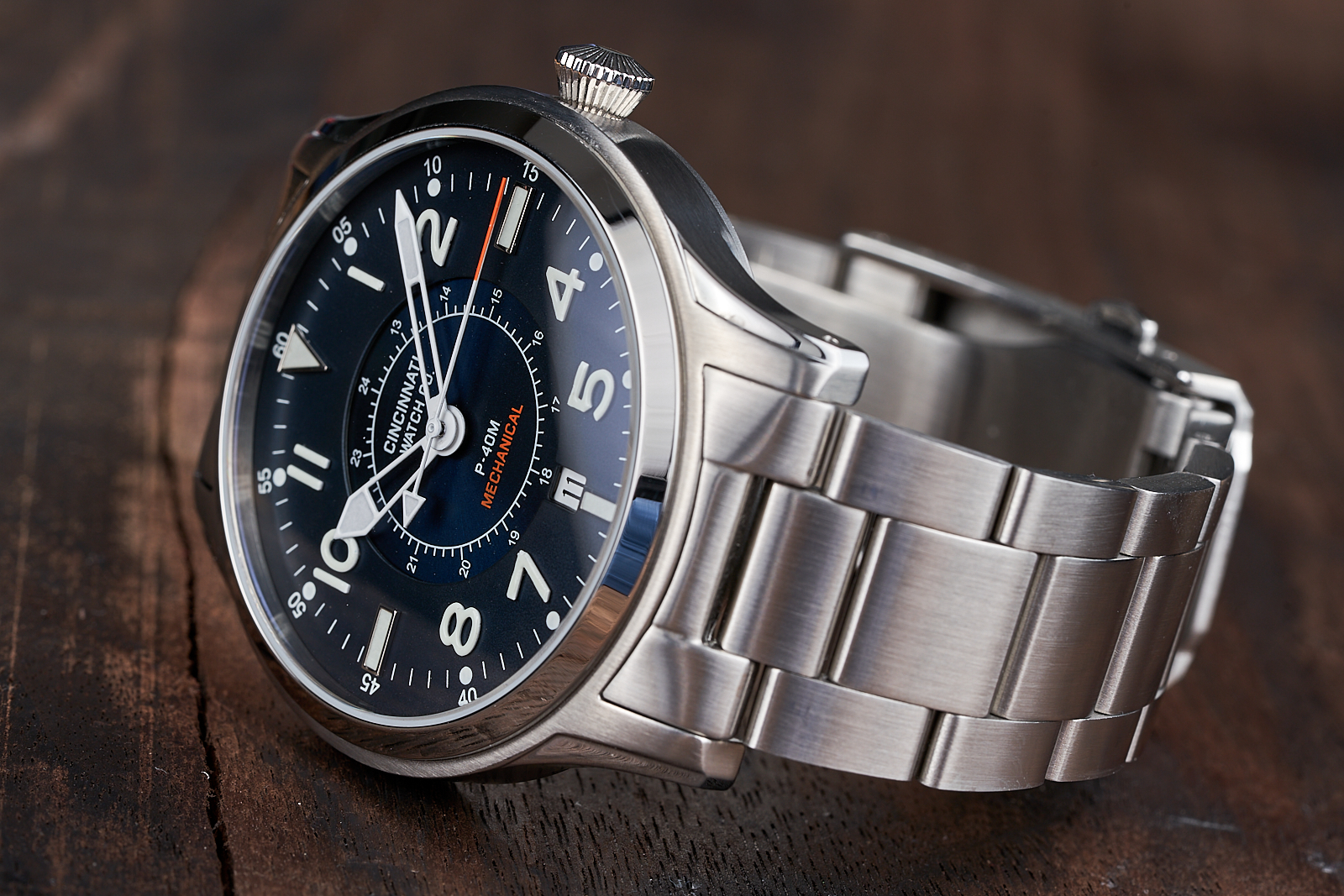 A unique caseback on the P-40 partially displays the movement. The half-cutout display back is meant to mimic the look of artificial horizon indicators on airplanes. It’s a nice nod to the aviation inspiration for the P-40. 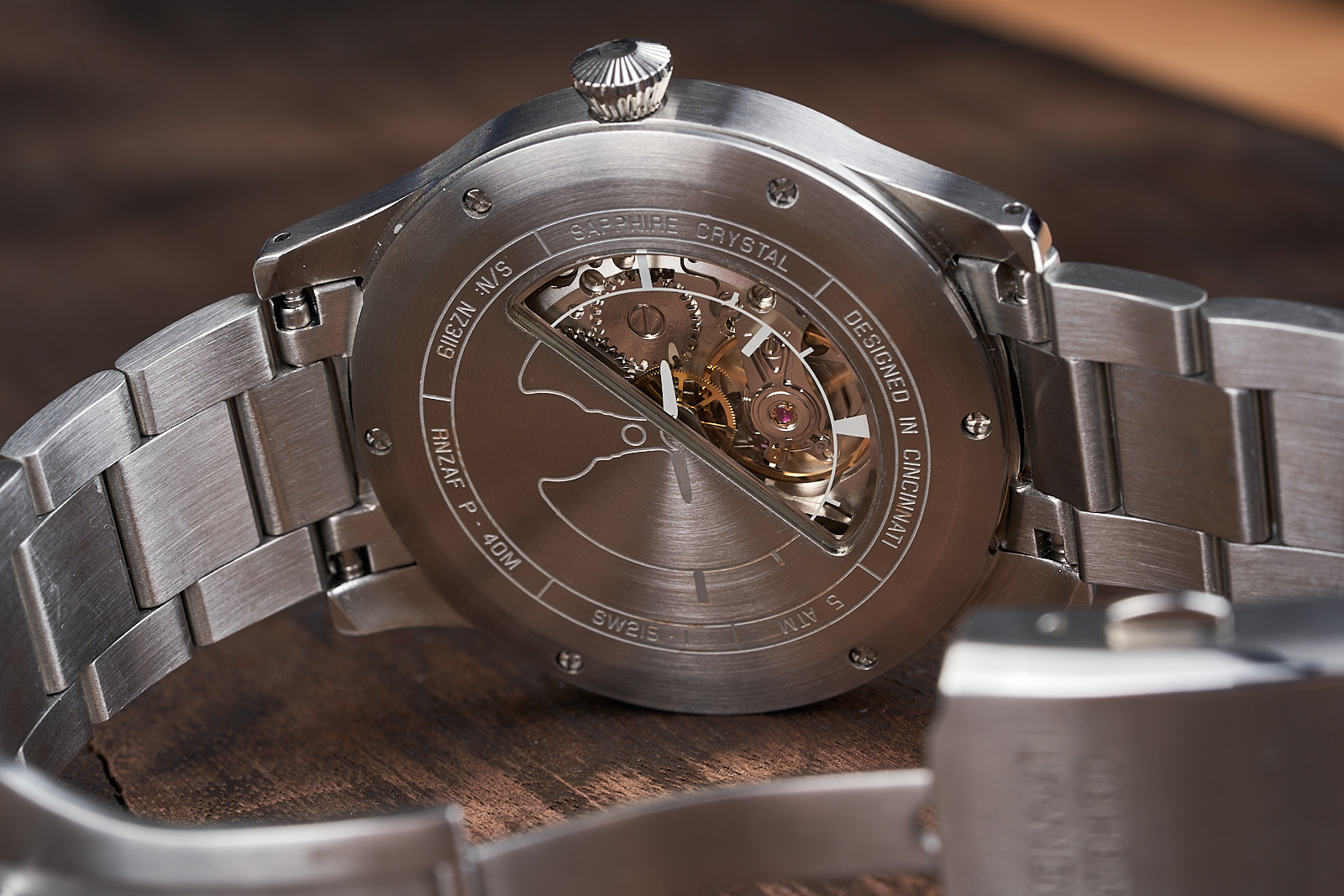 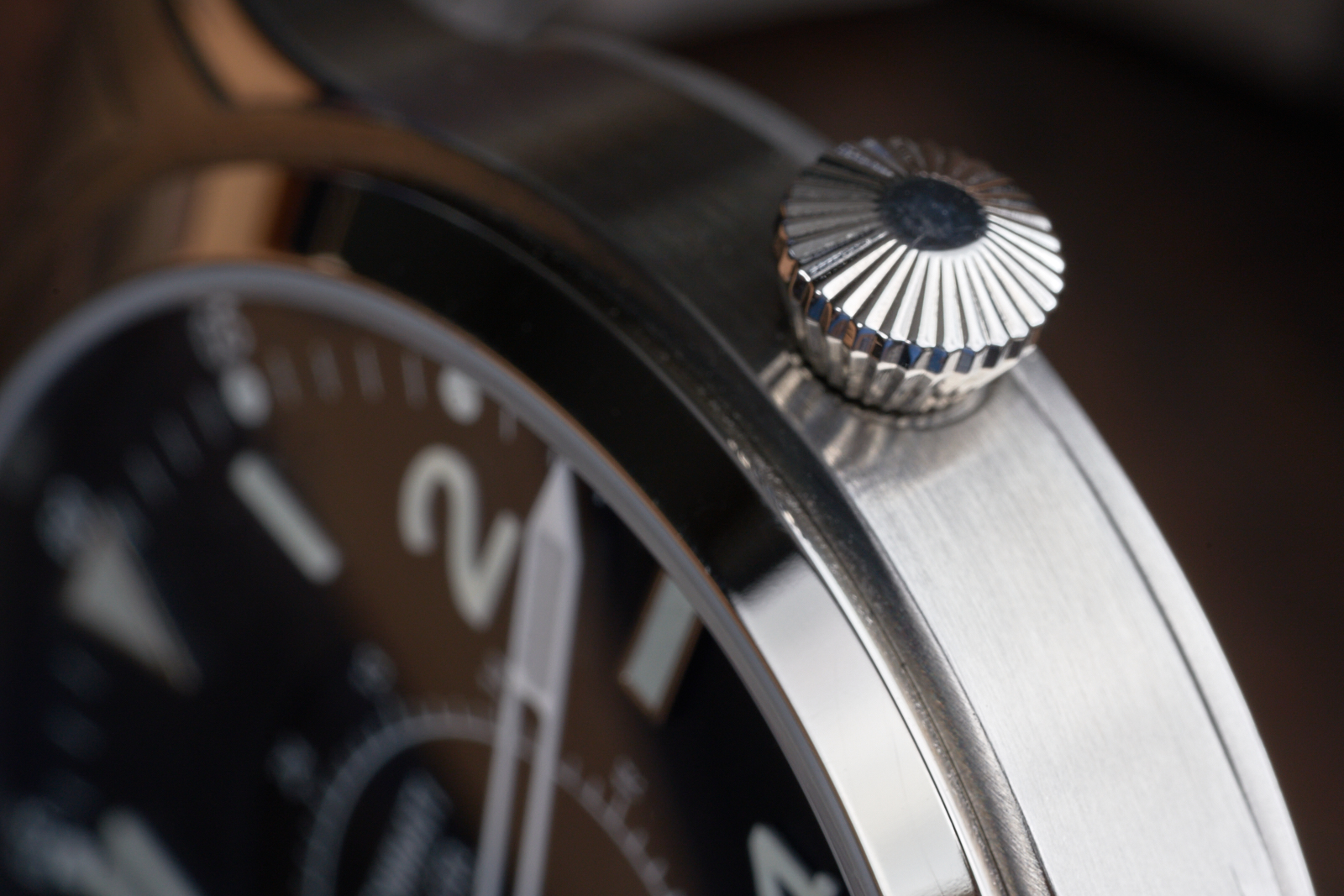 The bracelet that comes on the P-40 is well-executed. The Oyster-style bracelet tapers to around 18mm at the wrist. I found the links articulated well, allowing the bracelet to conform comfortably to my wrist. I was also a big fan of the clasp. The double-pushbutton clasp had a small amount of heft to it, which made it feel secure.

Powering the P-40 is the hand-wound Sellita SW215-1. I haven’t seen too many hand-wound Sellita movements in the wild and it was a nice change of pace to see it here. The movement’s thinness is part of what allows the P-40 to have a thin case design for that little bit of extra comfort on the wrist. 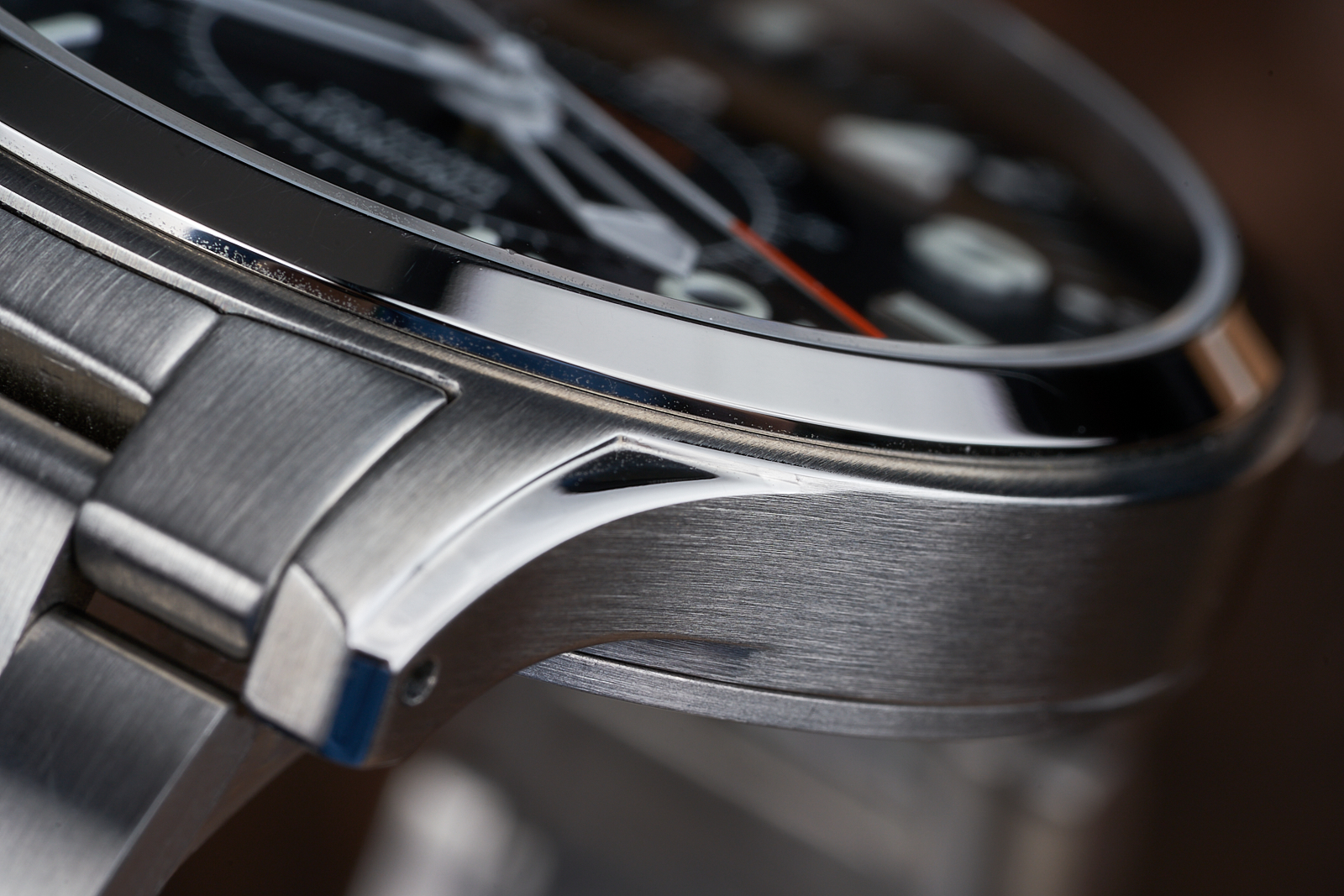 I wish more microbrands would jump on the hand-wound bandwagon. It’s a great way to offer something a little different from the rest of the pack, especially so when combined with a pilot watch. The vast majority of microband offers today are dive watches and it’s a great change of pace to see something like the Cincinnati Watch Co P-40.

The P-40 is a solid package at a fair price. It’s hard to go wrong with a reliable hand-wound movement, excellent dial, case, and bracelet. A few included extras from Cincinnati Watch Co. further elevate the offering: a die-cast model of the P-40 airplane and a 1-year membership to the Tri-State Warbird Museum. 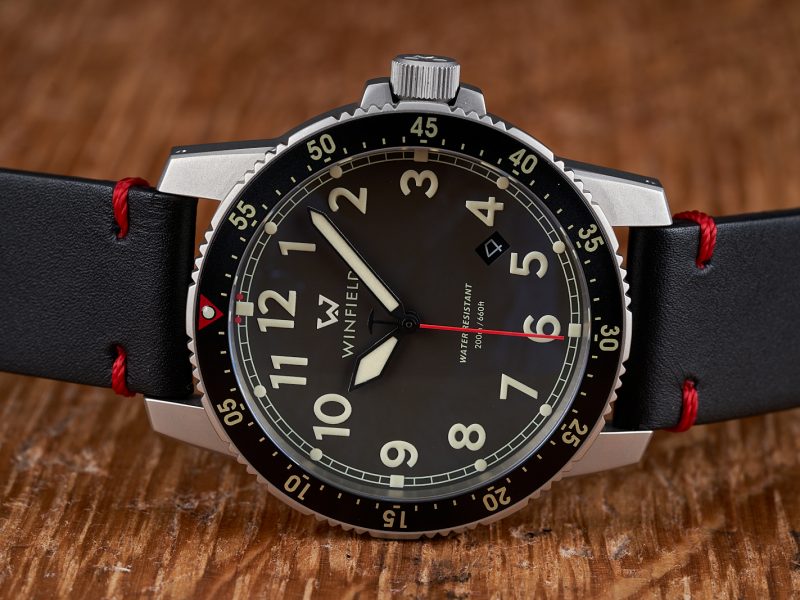 One of the most pure tool watches you can buy today 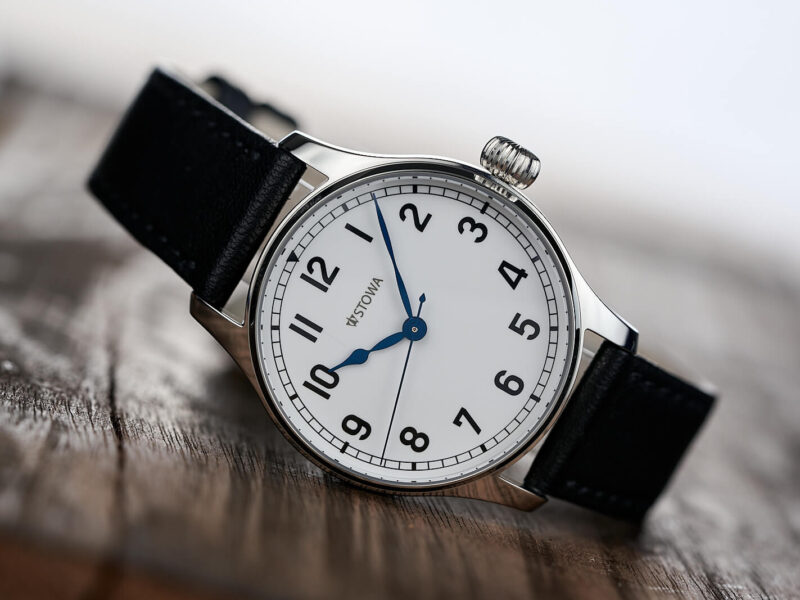 A modern take on the classic Marine chronometer 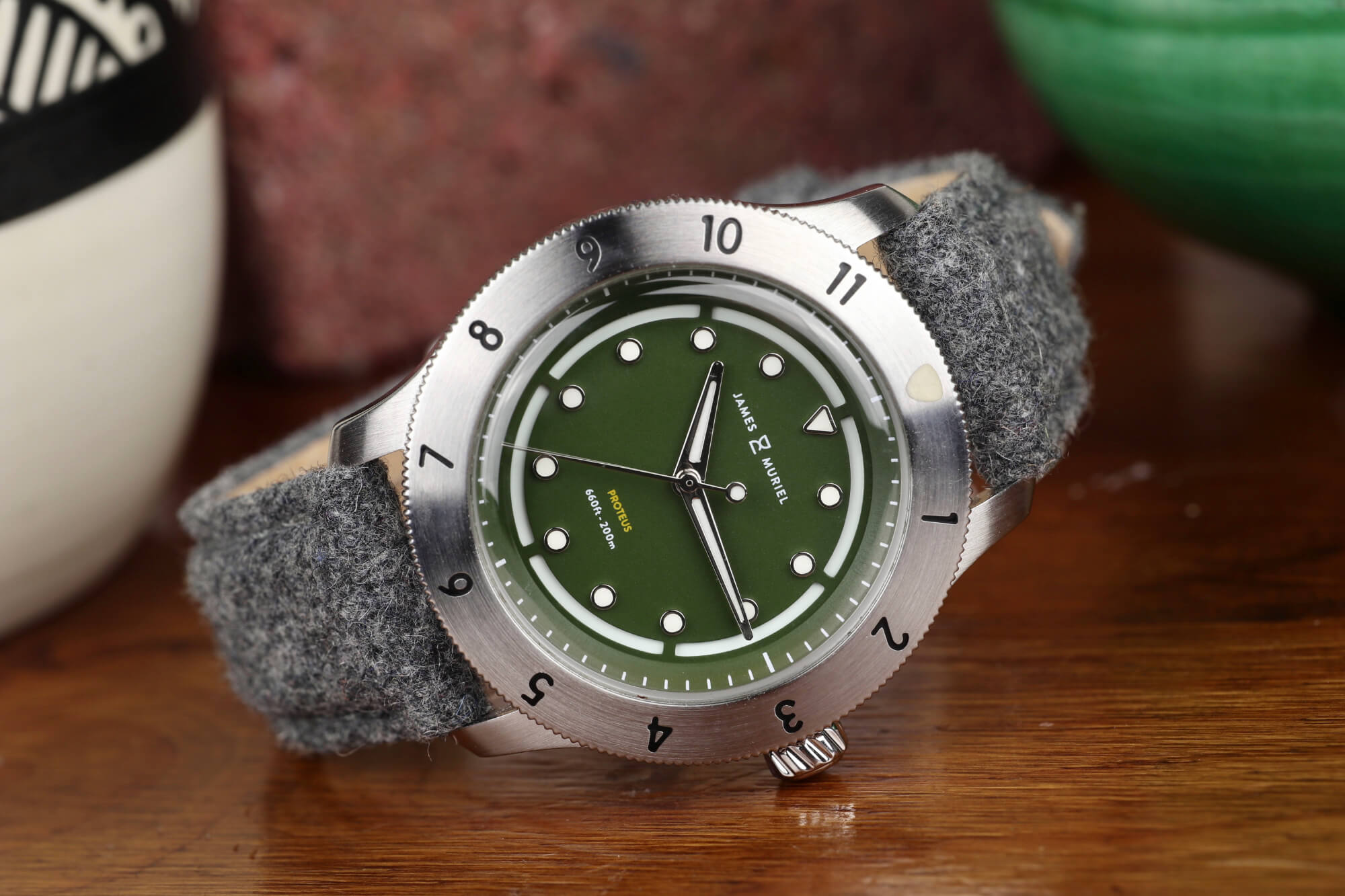 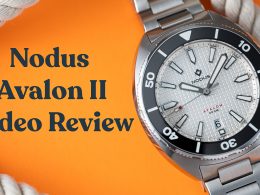 The next level dive watch from Nodus 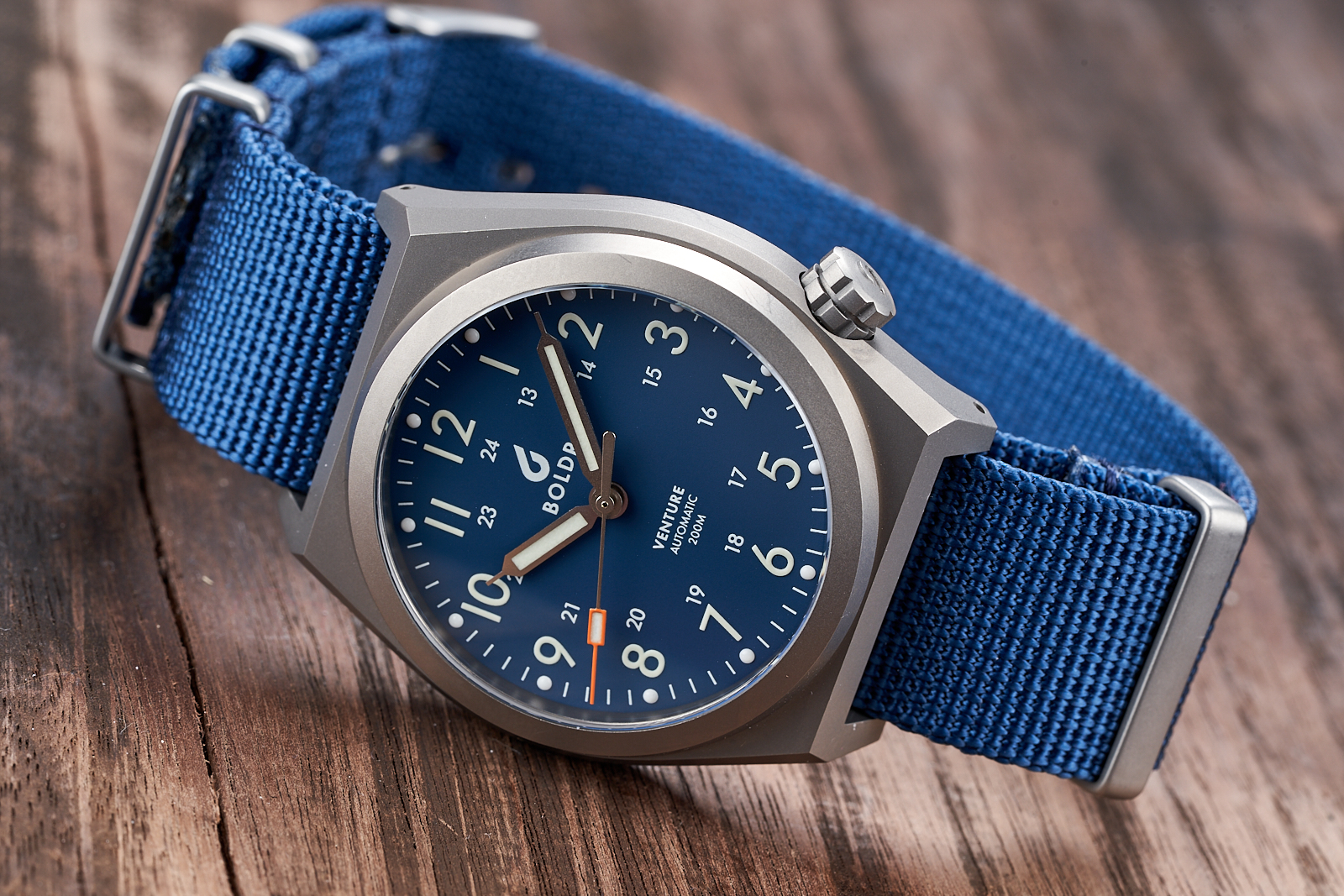 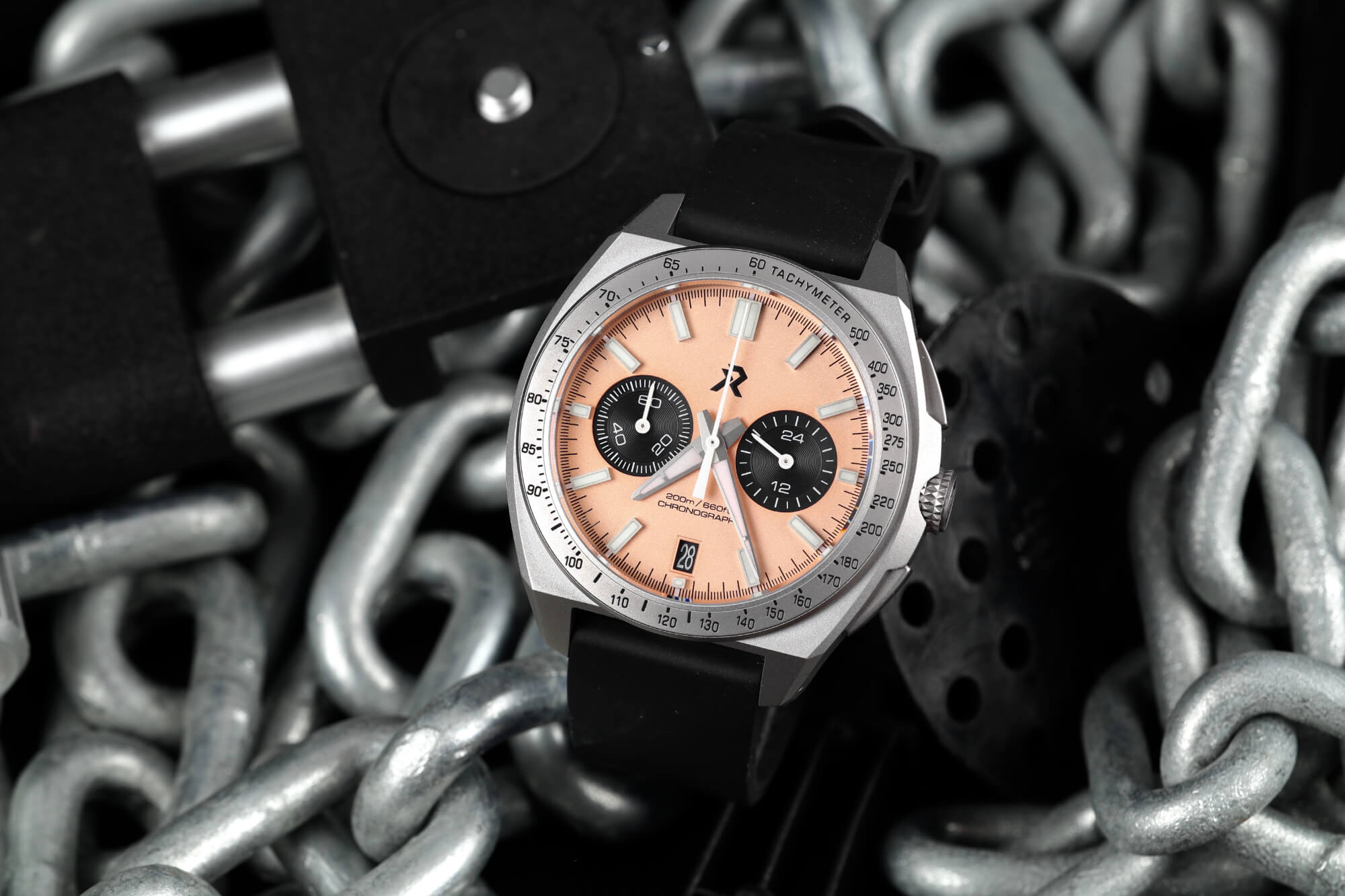 The kings of titanium put their spin on the chronograph