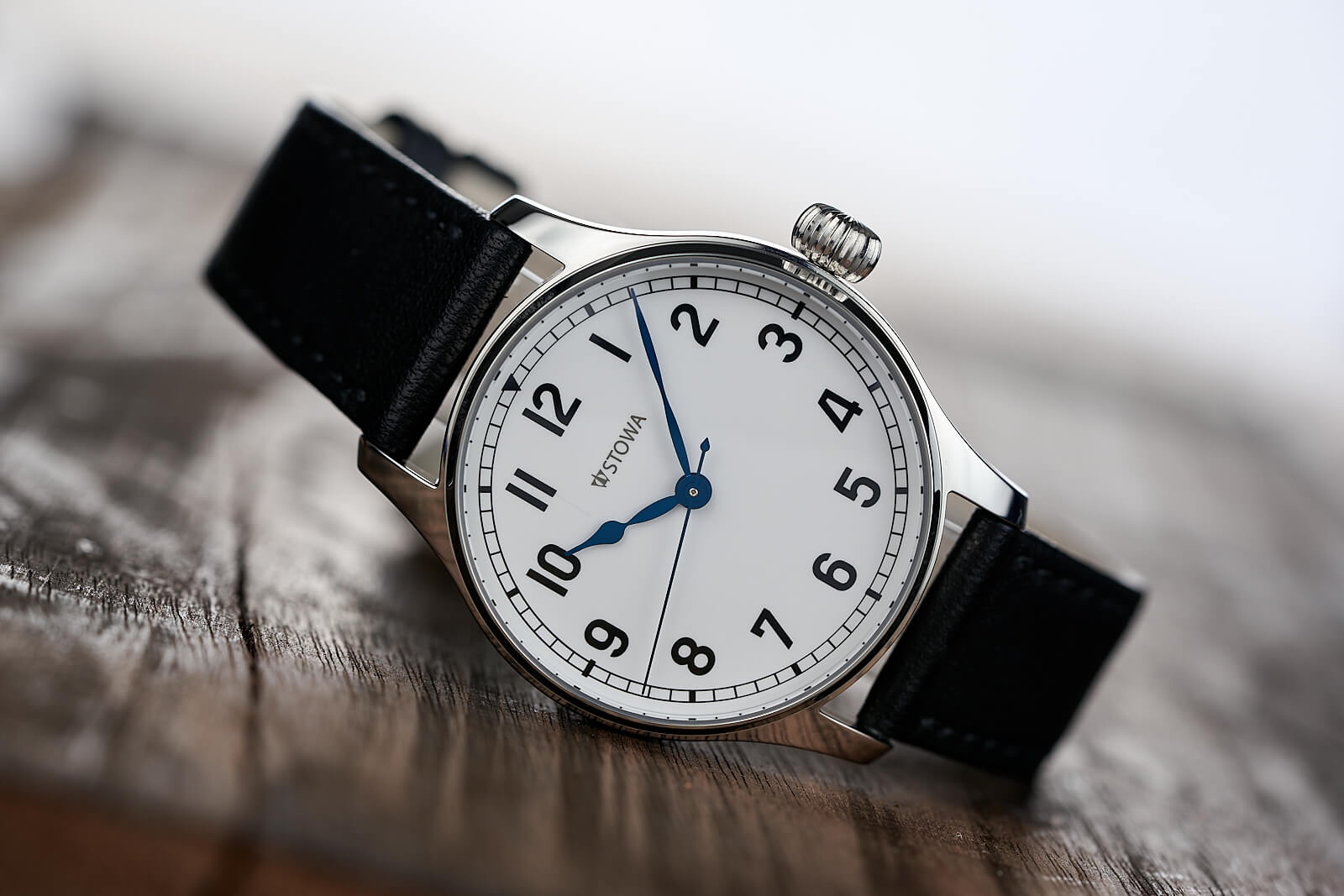 Stowa makes some of the best 36mm watches available today. They exhibited many of their models at the WindUp Watch Fair in New York City in October 2019 and I tried on every single 36mm model they had, including the Stowa Marine. I’ve found that, if executed correctly, 36mm watches can look fantastic despite your larger wrist size. However, the opposite can also be true. If the proportions aren’t right, they can look too small even on a tiny wrist.

While Stowa is most commonly known for their Fleiger model pilot watches, I wanted to look at one of their underrated watches, the Marine Classic 36. The watch has a classic design from the archives of Stowa itself and I had a hunch the modern interpretation of the marine chronometer would be a hit. 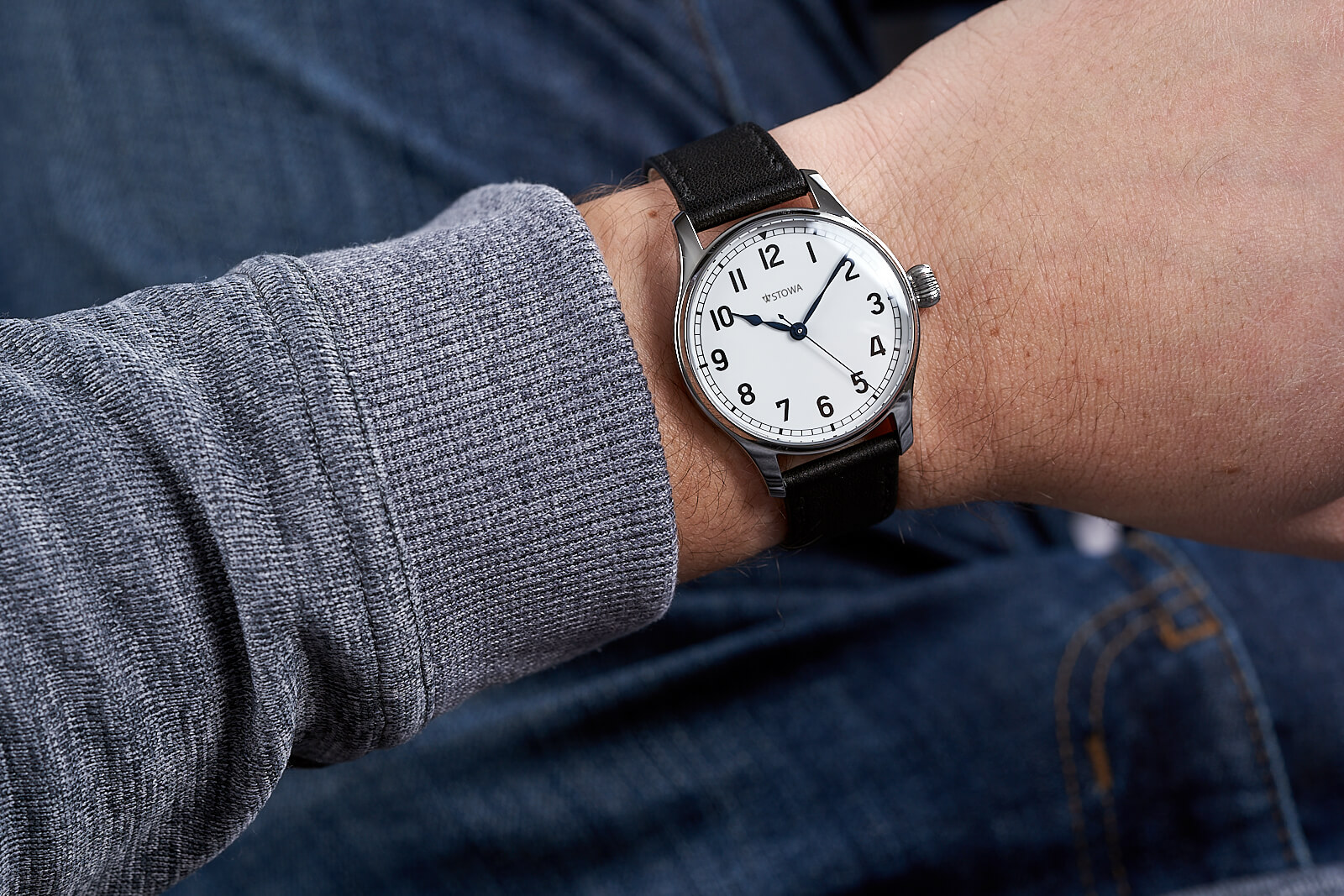 My first thought upon strapping the Marine Classic on my wrist was how good it looked for a 36mm watch. I’ve tried on many watches this size and even a few that were 1-2mm larger that didn’t look as good. The dial takes up almost the entire diameter of the case which gives it some commanding wrist presence for a 36mm watch. 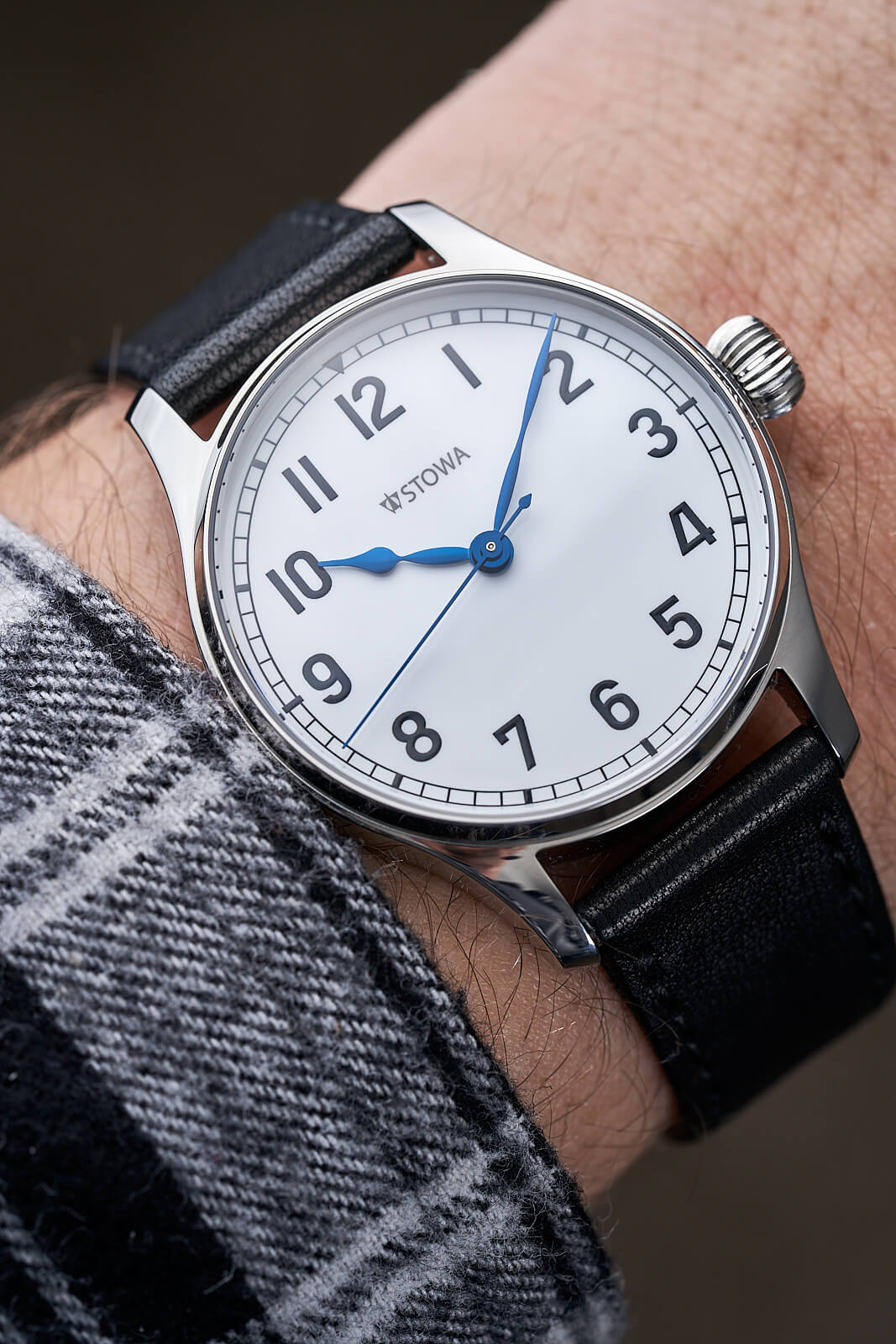 Another element that helps the Marine Classic look slightly larger is the lugs. They stretch elegantly from the case and don’t taper too thin as they reach the strap. They maintain a little bit of width and this combined with the 44.6mm lug-to-lug distance makes the Marine Classic an exceptionally well-fitting watch for its size. 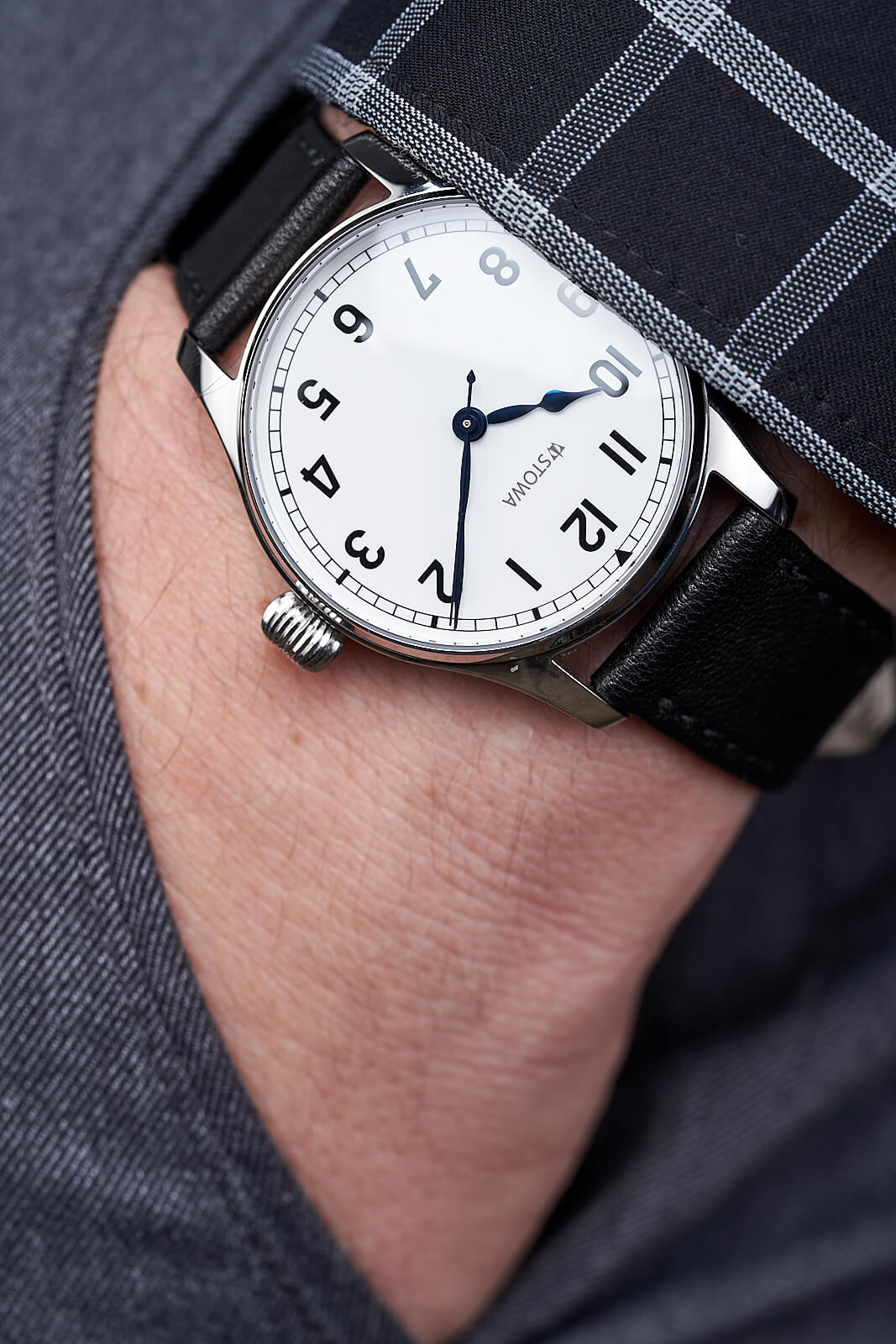 Despite the Marine Classic fitting into the dress watch category, I found it to be versatile. The simplicity of the dial allows the watch to fit into a variety of situations without looking out of place. I enjoyed wearing it with a pair of jeans and a T-shirt as much as I did with a shirt and tie to the office. 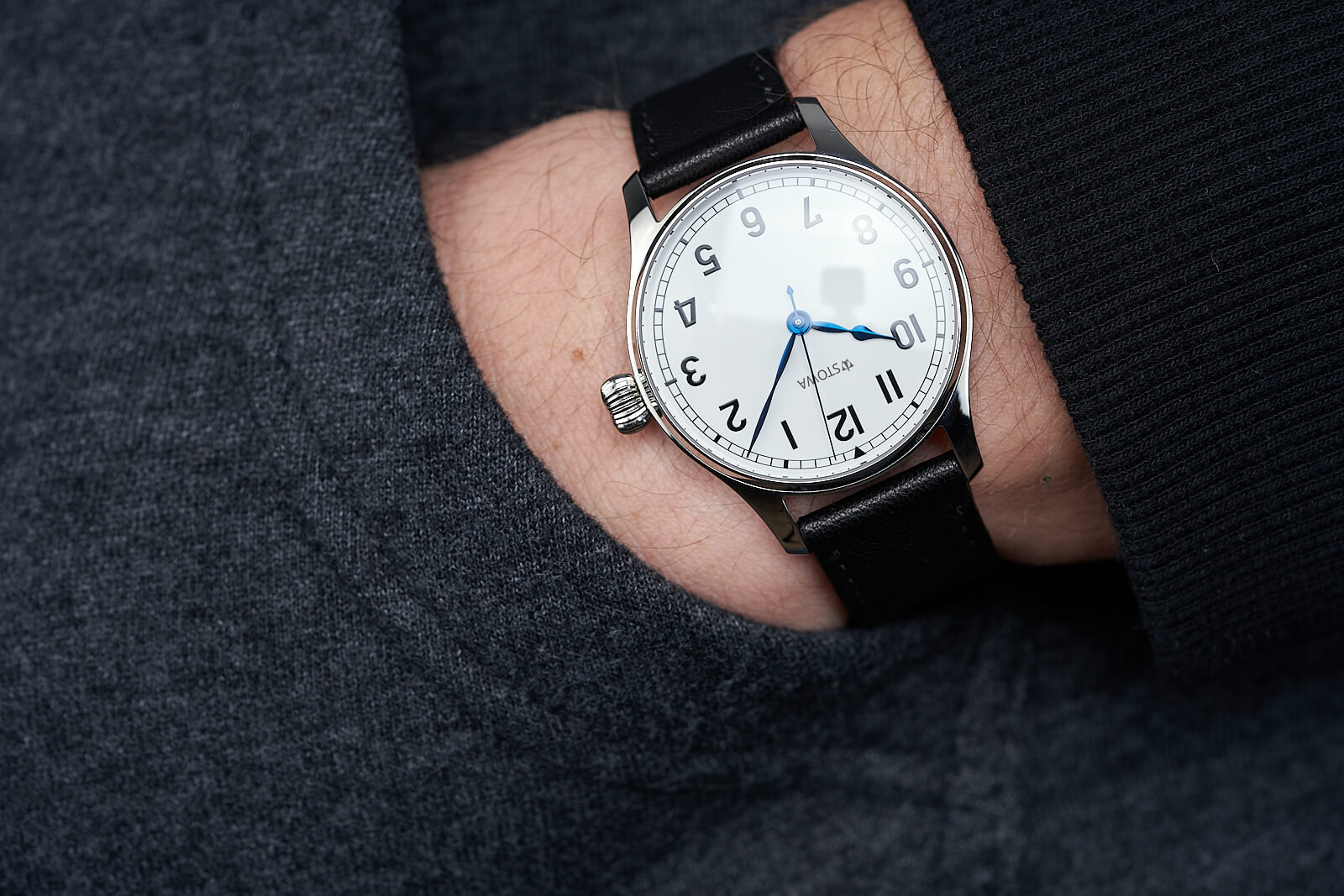 The main star of the show with the Marine Classic is the dial. While it is not a real enamel dial, it does look like one. You don’t realize how captivating the white of the dial is until you see it in direct sunlight, where the white is almost pure white.  It contrasts everything else on the dial perfectly. 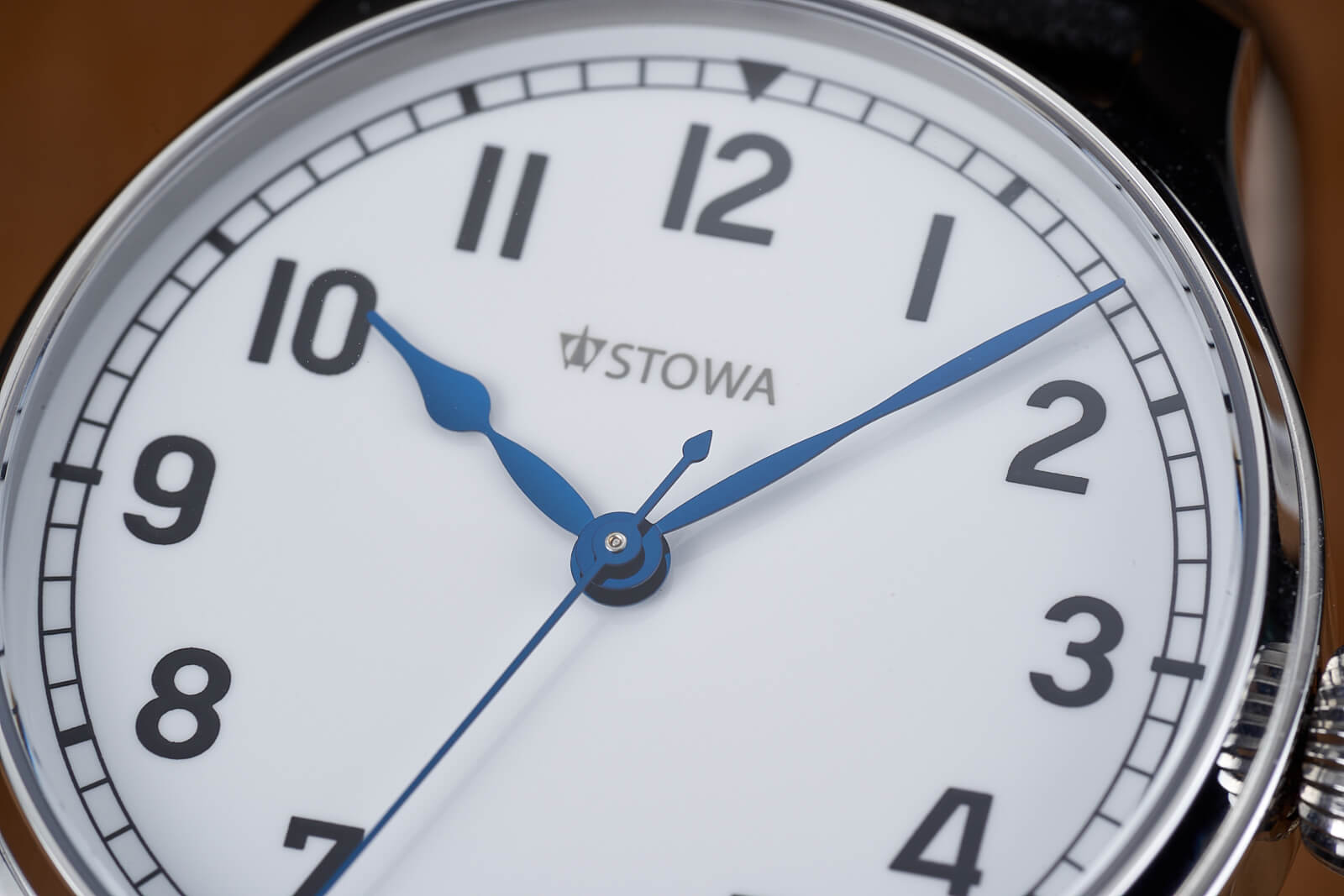 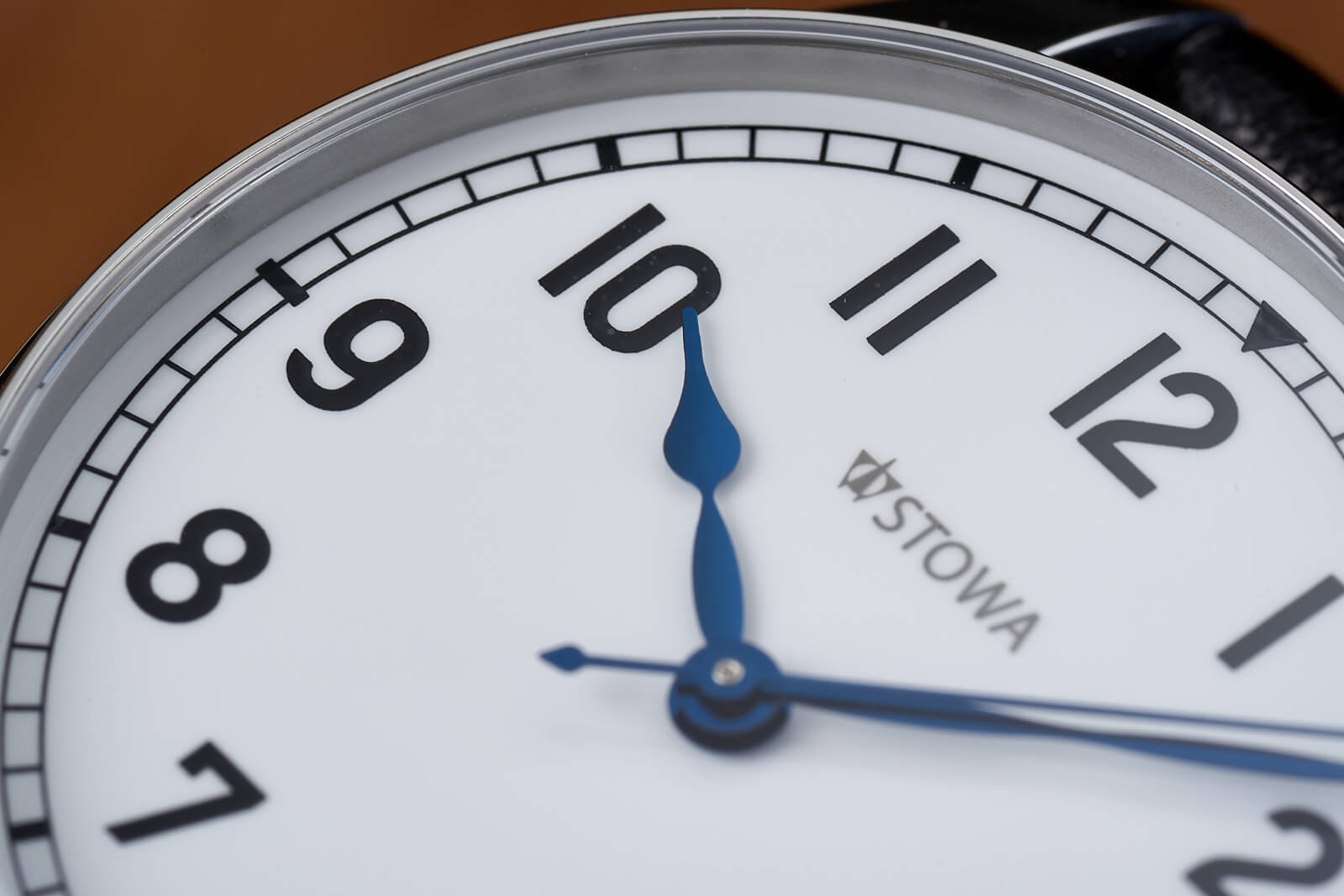 The overall design of the dial echoes the namesake of the watch, marine chronometers. These large clocks were built to compensate for the swell of the boat’s rocking to maintain accuracy. Stowa started building marine observation watches in 1939 and they carry the same dial design that you see in the modern Marine Classic. 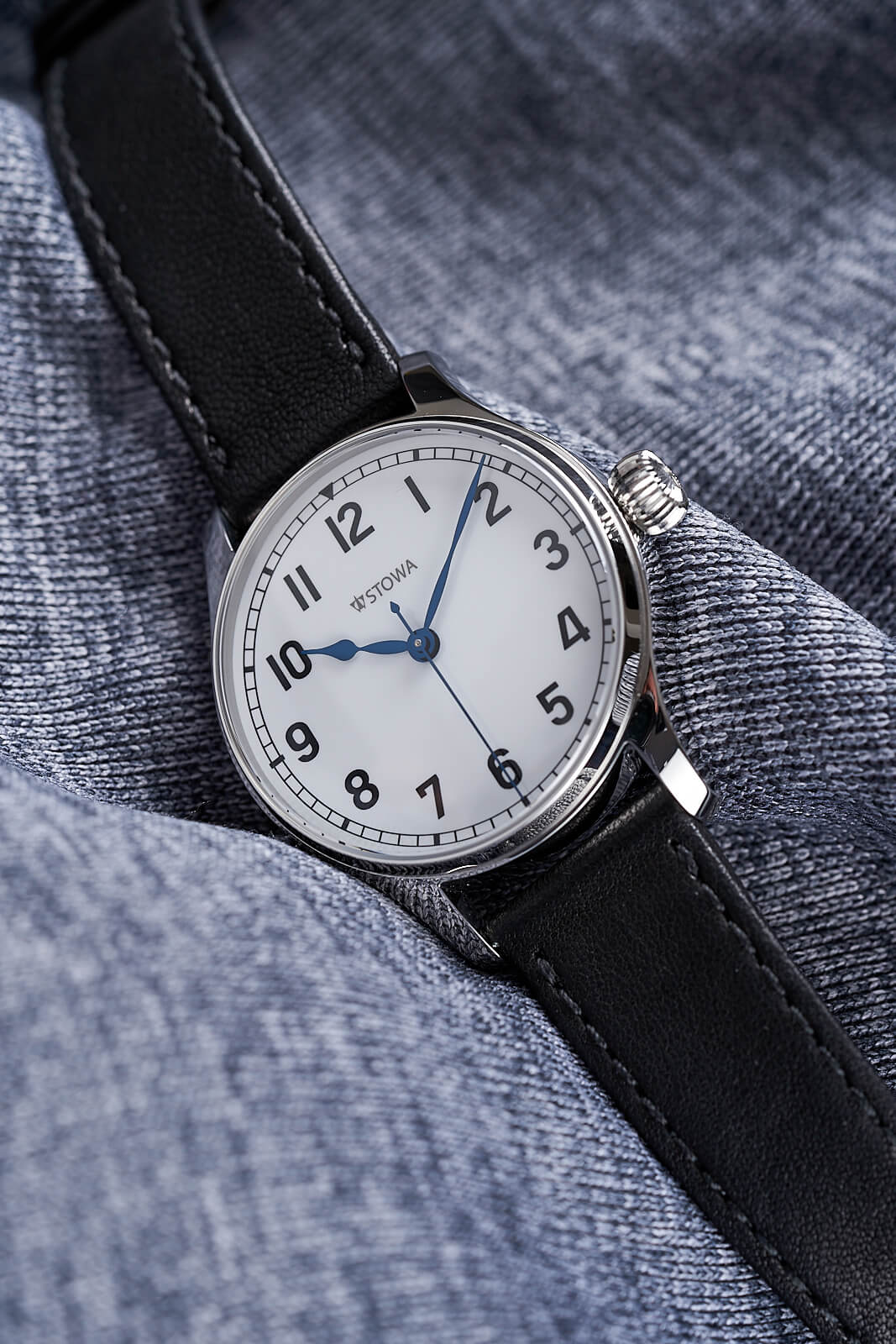 Another crowning feature on the dial of the Marine Classic is the handset. The long cathedral hands are real temperature-blued steel. The process to make the hands blue is an art in its own right and they fit perfectly into the design of the Marine Classic’s dial. While they often appear black, once they reflect any light, they light up in a beautiful blue that adds a wonderful pop of color.

The case of the Marine Classic is completely polished as one would expect a true dress watch to be. The polishing is executed perfectly, and I could not find one imperfection on the entire case. The shape and dimensions of the case are as equally well executed. 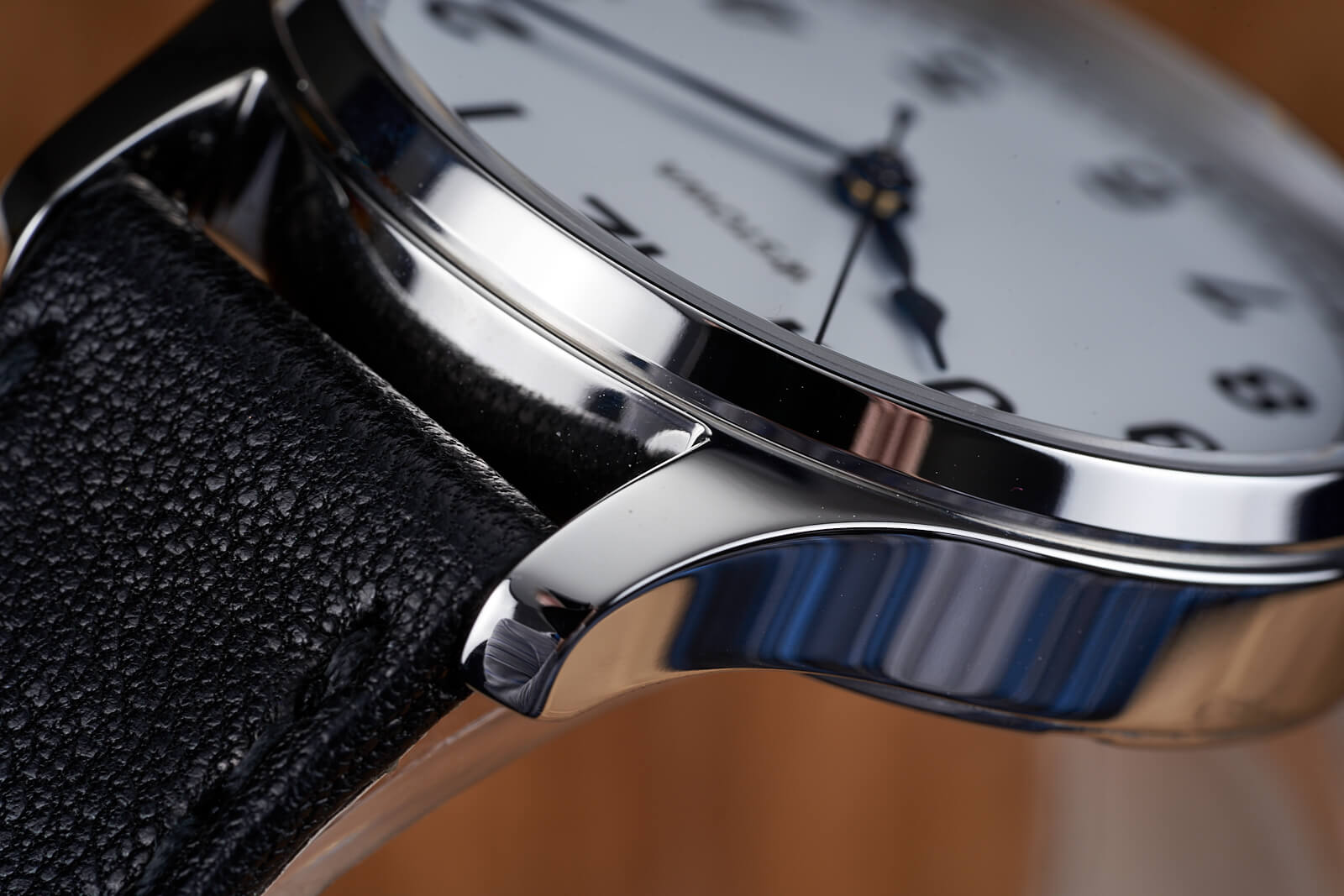 The fixed bezel on the Marine Classic starts slightly inward from the main body of the case and adds some depth and dimension to the overall case shape. It’s a small detail, but one that I noticed contributed to the overall beauty of the case.

At 11mm tall, the case of the Marine Classic is wonderfully thin. The lugs curve down slightly as they taper, which allows the watch to conform well to the wrist. The 18mm lug width complements the rest of the dimensions well. 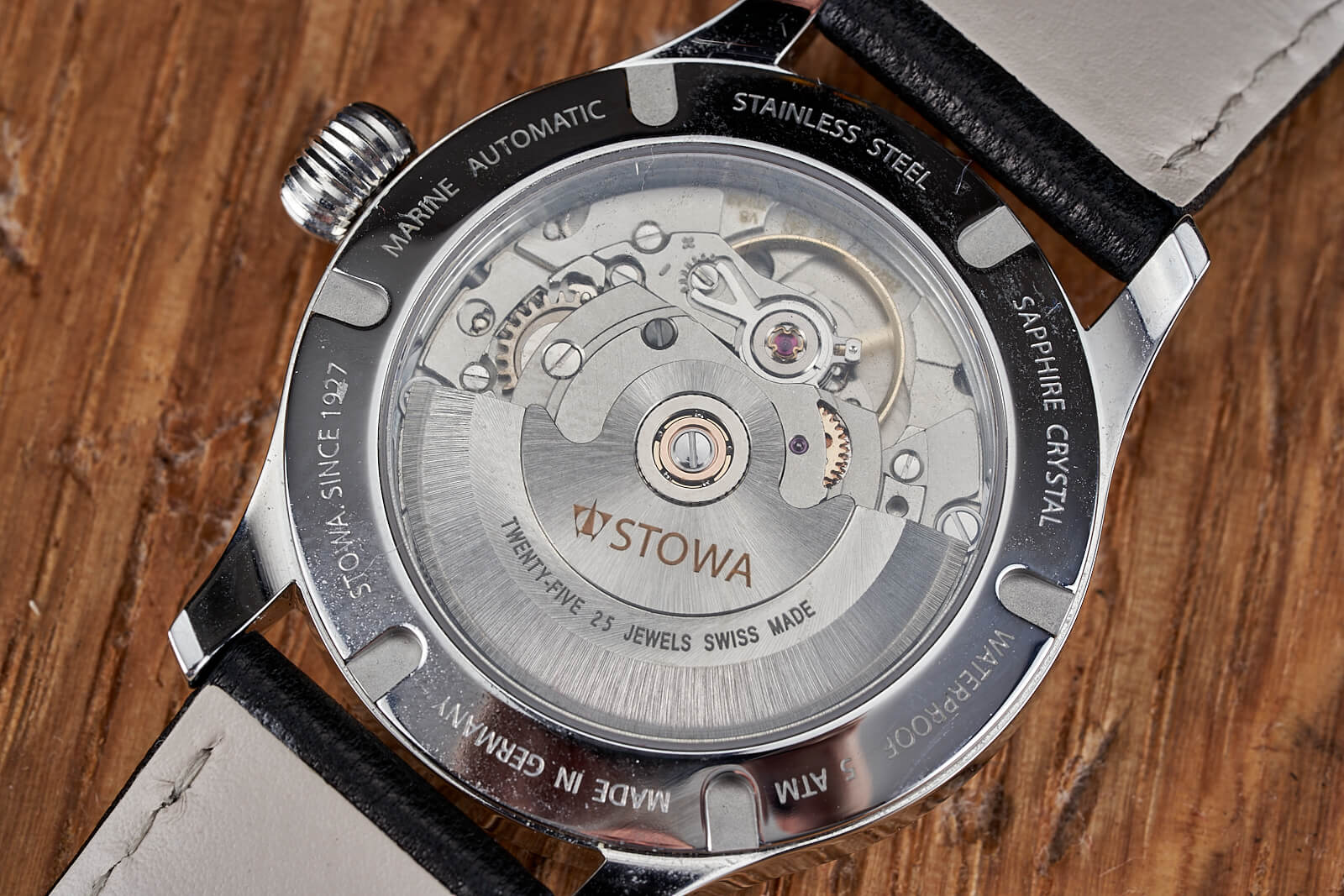 One of my favorite elements is the crown. Fitting more into the pumpkin style (rather than an onion), the crown is relatively large when compared to the rest of the dimensions of the watch. It makes winding and setting the time a pleasure and I’m happy Stowa used a larger crown. Crown size is often something that is an afterthought, it seems, and I appreciate that ergonomics were taken into account here. 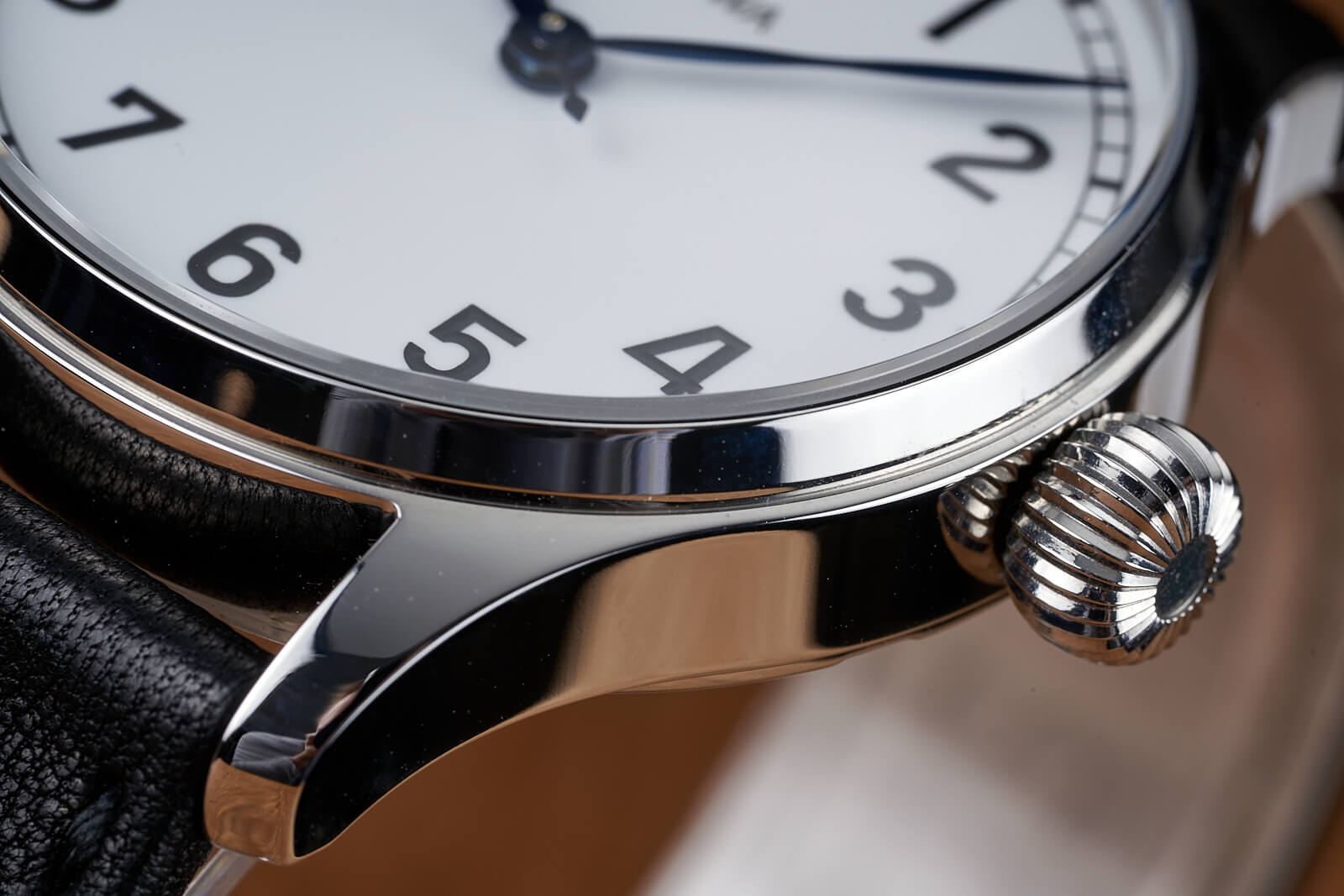 Stowa includes a black leather strap with the Marine Classic and it has a similar look and feel to the one that was included on the Partitio I reviewed last year. As with that strap, I found this one to be equally as comfortable out of the box. 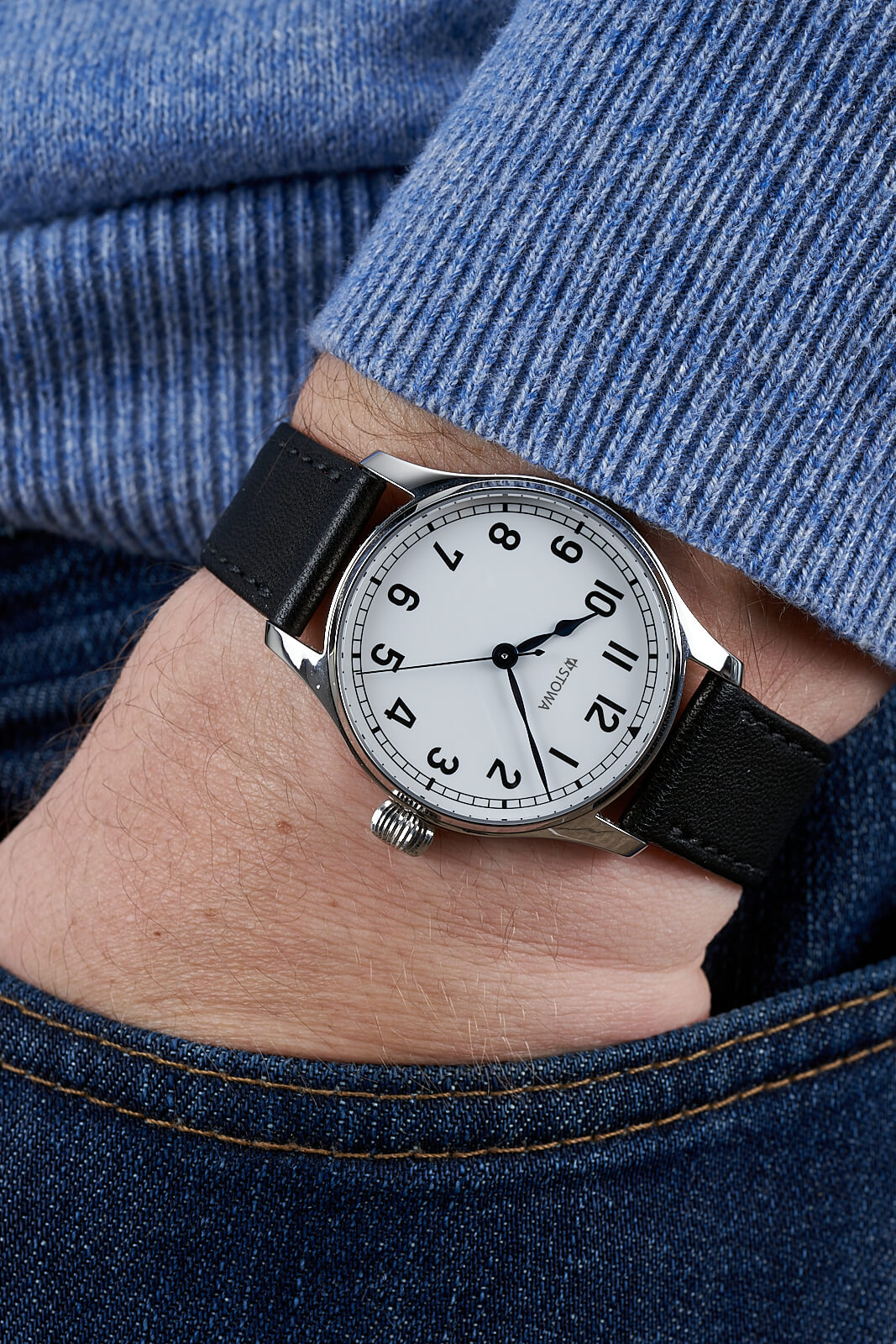 Dress watches are not my normal milieu. I’m a tool watch guy through and through, but the Marine Classic resonated with me on a different level. Its understated and minimal design allowed it to fit into my daily rotation effortlessly.

The Marine Classic is a watch that I have a hard time finding fault with. It’s finished extremely well, the dial’s design is classic, the sizing is spot on for my wrist and a variety of others, and best of all, it doesn’t break the bank. Stowa makes an extremely well executed watch regardless of which model you get and the Marine Classic is one of the best examples from the watchmakers in the Black Forest.

Check out more Stowa reviews from The Watch Clicker 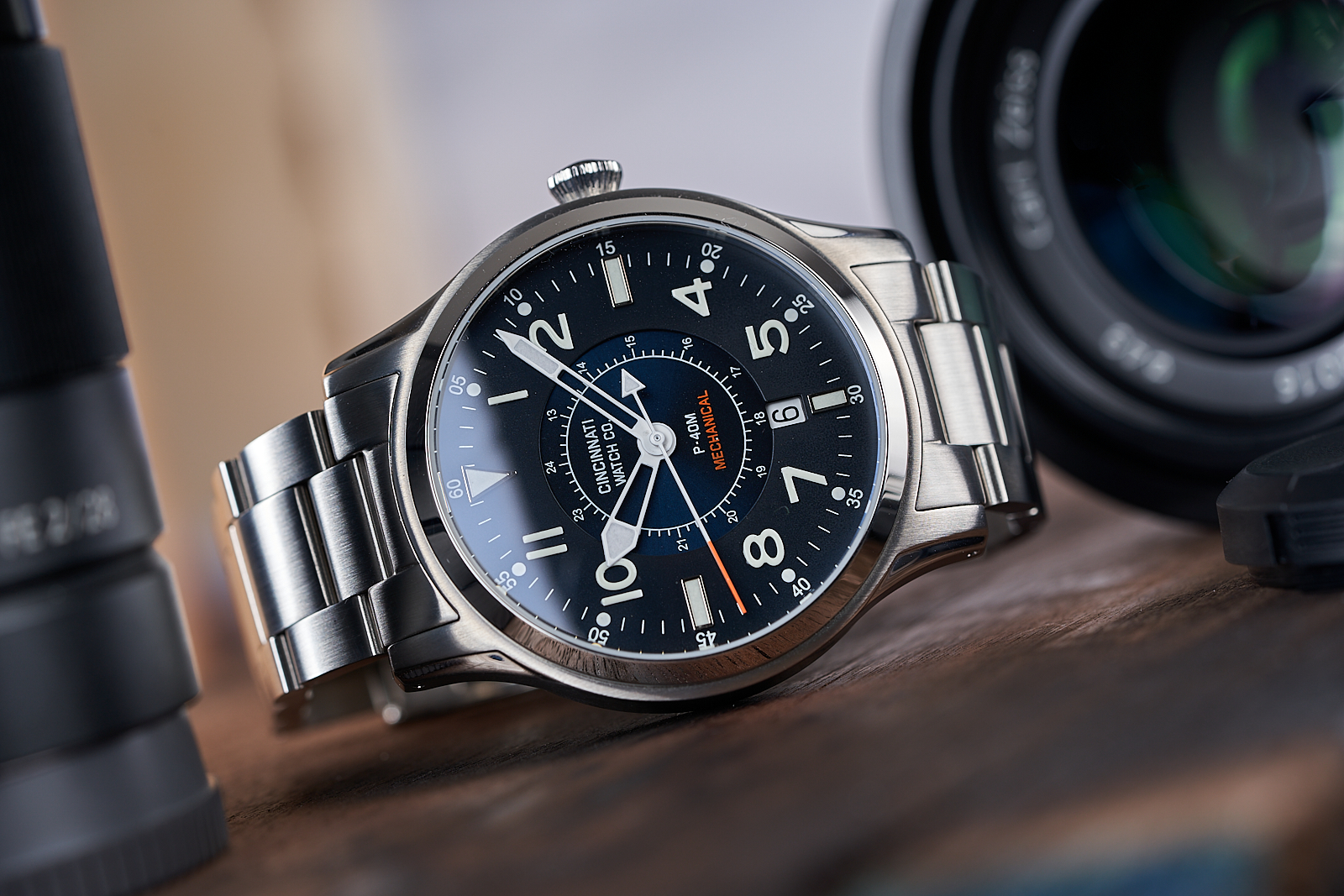 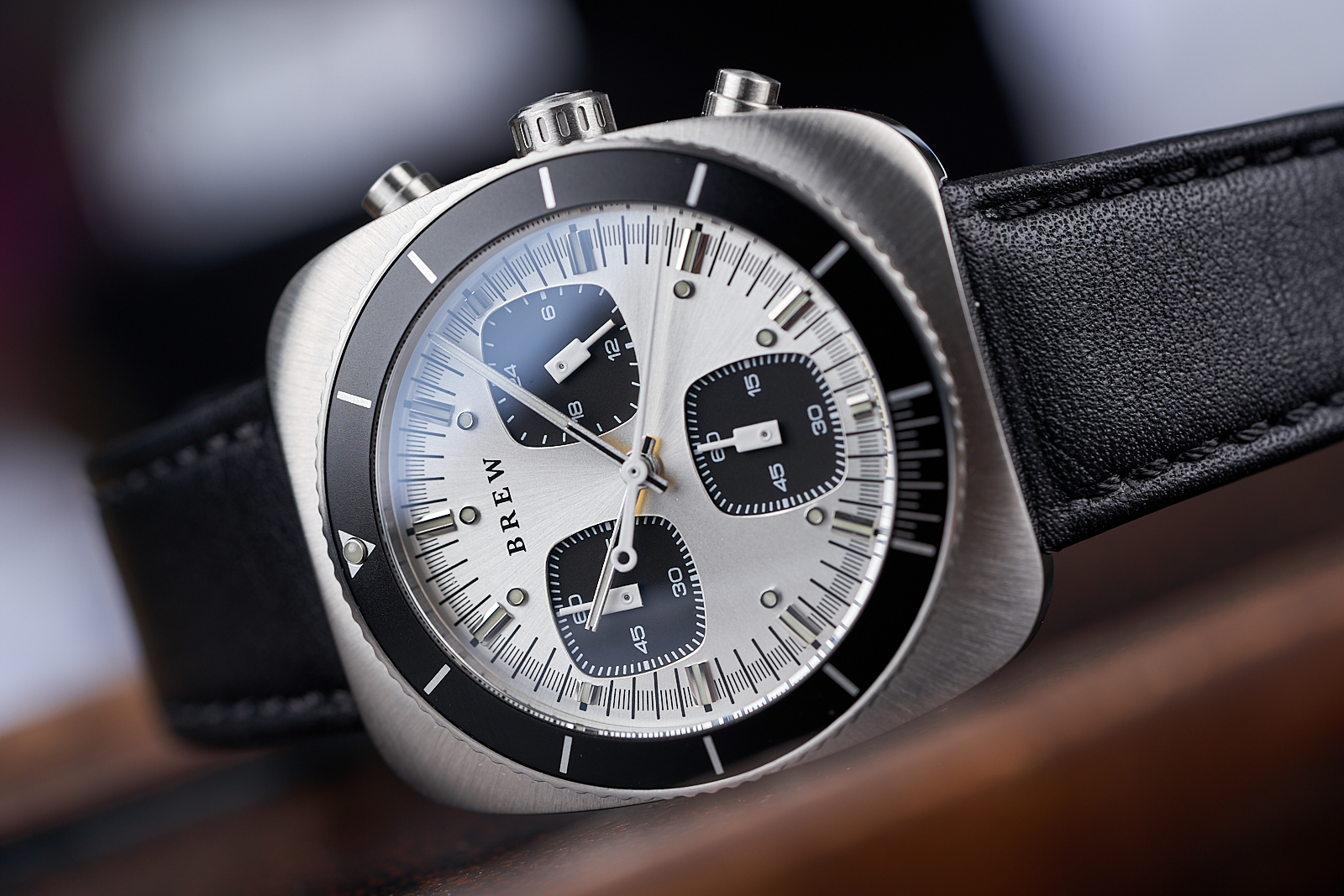