Every serious watch enthusiast has owned a Vostok at some point, and if you haven’t, what are you waiting for?
byEvan Kaspar

The Vostok Amphibia needs no introduction among seasoned watch enthusiasts. The Amphibia and Kommanderskie watches produced by Vostok are some of the cheapest, easiest ways to get into mechanical watch ownership. There are nearly endless modding possibilities with many aftermarket bezel, dial, and handset manufacturers. And for the scholarly there’s enough history and detail in their design and manufacture for a lifetime of learning and discovery. There are a lot of great resources available on Vostok and Soviet/Russian horology­­­; episode 111 of the 40 & 20 podcast is a great place to start.

Probably every serious watch collector or enthusiast has owned a Vostok at some point, and if you haven’t, what are you waiting for?

In 2020 Vostok released a new version of the Amphibia under the exciting moniker of the Amphibia Classic 170548. The collecting community immediately gave it its much more clever nickname of “PAMphibia” for the clearly Panerai-inspired dial design. This release was limited in production (numbers unknown) and immediately a big hit among collectors.

Following Vostok protocol, the watch was built around an existing case, in this example the 170 case. The 170 is a classic cushion case design, much like old super-compressor watches or the well-known Seiko Turtle. The 170 is attractive to me in particular for having a short lug-to-lug dimension, thus wearing well regardless of case diameter, and for having straight-cut lug openings, which allows the use of various straight endlink aftermarket bracelets in an aesthetically pleasing way.

Most modern 170 cases are fully polished. This one is entirely brushed, which looks great and provides some nice contrast to the polished bezel. Amusingly, this smooth bezel still turns like a regular Vostok timing bezel; convince yourself it’s a feature instead of a bug, and you get a stealthy fidget spinner. In normal operation you’d never know it, so regardless it’s a pretty low-stakes bug. Or feature.

Like all Vostoks that I am aware of, this watch features an acrylic crystal, extra-thick to withstand oceanic pressure, and slightly domed for the same reason and some great vintage looks. The material and shape of the crystal is a signature feature of Russian dive watches, and I wouldn’t have it any other way.

200 meters of water resistance and a large wobbly crown complete the package (as a note, the crown is meant to be wobbly when unscrewed; it’s a clever bit of engineering that protects the movement).

The included strap is an average croc-embossed number with a signed buckle, which is a nice touch. The quality is actually surprisingly good; I wore it for a while on this strap and felt no need to change from either a comfort or appearance perspective. With a lug width of 22mm it won’t be hard to find other straps to play with, and I’m pretty sure this watch will look great on a wide variety.

The dial is what sets this model apart from its comrades. It’s a smooth, dark gray sandwich dial, meaning it has cutouts for the numerals and hour markers, and beneath it is a second dial covered in lume. In short, it looks a lot like a classic Panerai; similar font and dial layout, same sandwich concept. It seems pretty obvious that this was what Vostok was going for with this watch.

Homage or otherwise, I must say I am a big fan, especially of how the text on this dial is laid out. It’s all in Cyrillic, of course, with the brand name at 12 and three simple lines above 6, detailing what I believe is the jewel count, movement type, and water resistance. They’re all neatly center-justified and against the otherwise uncluttered dial I think it looks terrific. Vostok dials are generally not known for their minimalism, and this is a direction I think they could pursue with further good results.

There are no seconds markers, something that surprised me when I went to set the time, but it makes sense and stays true to the Panerai style design. The handset is also unique to this watch, eschewing the usual arrow-shaped hour hand for simple, squared-off syringe-style hands. The pointed syringe hands seem a little pointless (ahem) on a dial without seconds marks with which to align them, but it’s not very noticeable, and the hands look good and appropriate.

Lume is barely in the acceptable range as one would expect with Vostok. It’s just usable in the dark, but not impressive.

At 42.5mm in diameter, 46mm lug to lug, and 15mm thick, it fits acceptably on my 7” wrist. The modest lug-to-lug dimension helps this out considerably, and in general it wears well; nothing to swoon over, but not uncomfortable or unsightly. The case is pretty slab-sided, with a slight arc to the midcase and lugs that help it hug the wrist a little.

The thickness might have jumped out at you; 15mm is plus-sized in today’s sea of svelte dive watches. I’m on-record as a fan of slim watches, but even as such this watch’s bulk doesn’t bother me at all. Part of it is the generously proportioned domed crystal, and part a slight belly in the caseback to allow the movement to sit lower. In addition, this is a watch meant to be bold and large; it’s a Panerai homage, after all.

These watches were hugely popular upon release, no doubt mostly because it’s a great way to get a Panerai look in a watch that isn’t a straight copy and has a lot of history and prestige already. Panerai’s PAM-series watches are known for being great daily wear pieces, simple enough to look refined when needed but large and bold enough for any other adventures. This Vostok with its large but wearable size and reliable if not refined build fills those shoes admirably. With 22mm lugs it’s also easy to get into the fun of trying different straps; another thing Panerai is well-known for.

The only problem with this watch is likely going to be acquiring it; the usual Russian dealers stay sold out for long periods of time, and there’s no telling how many will actually be produced. If you do manage to get your hands on one, though, it will likely be a lot of fun. And that’s what this is all about.

Check out this watch at Meranom

Images from this Review 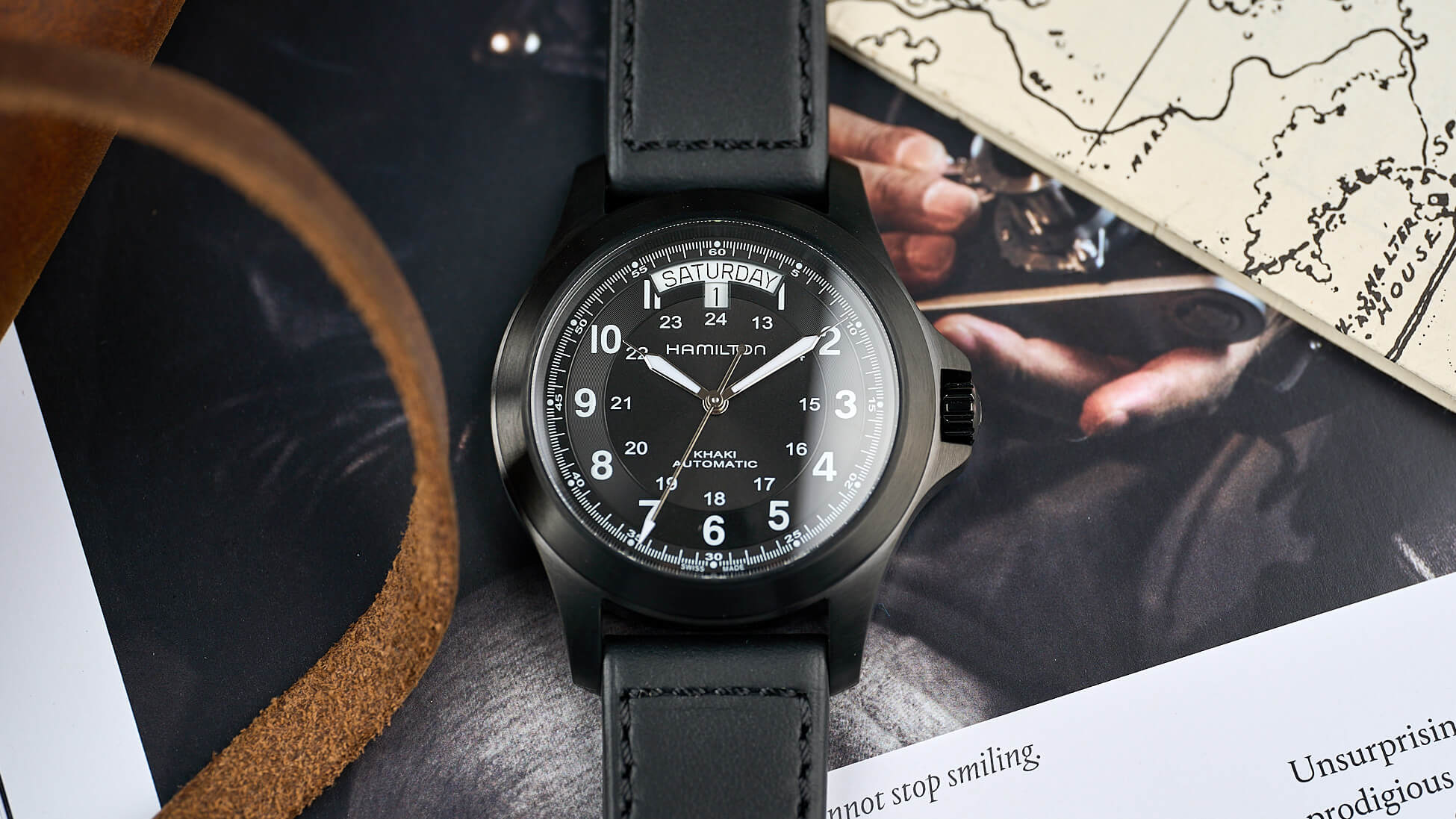 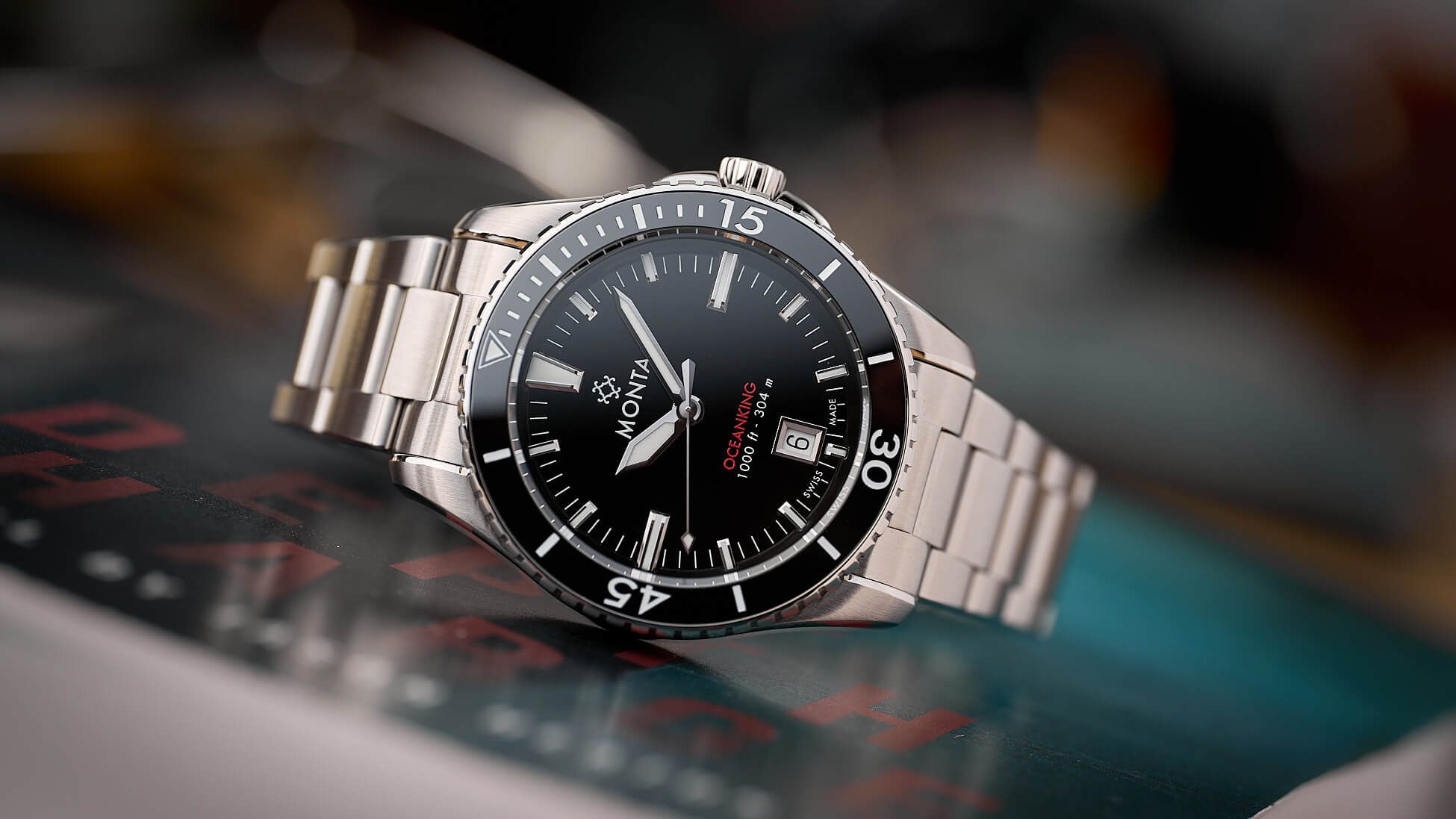 A dive watch with no compromises 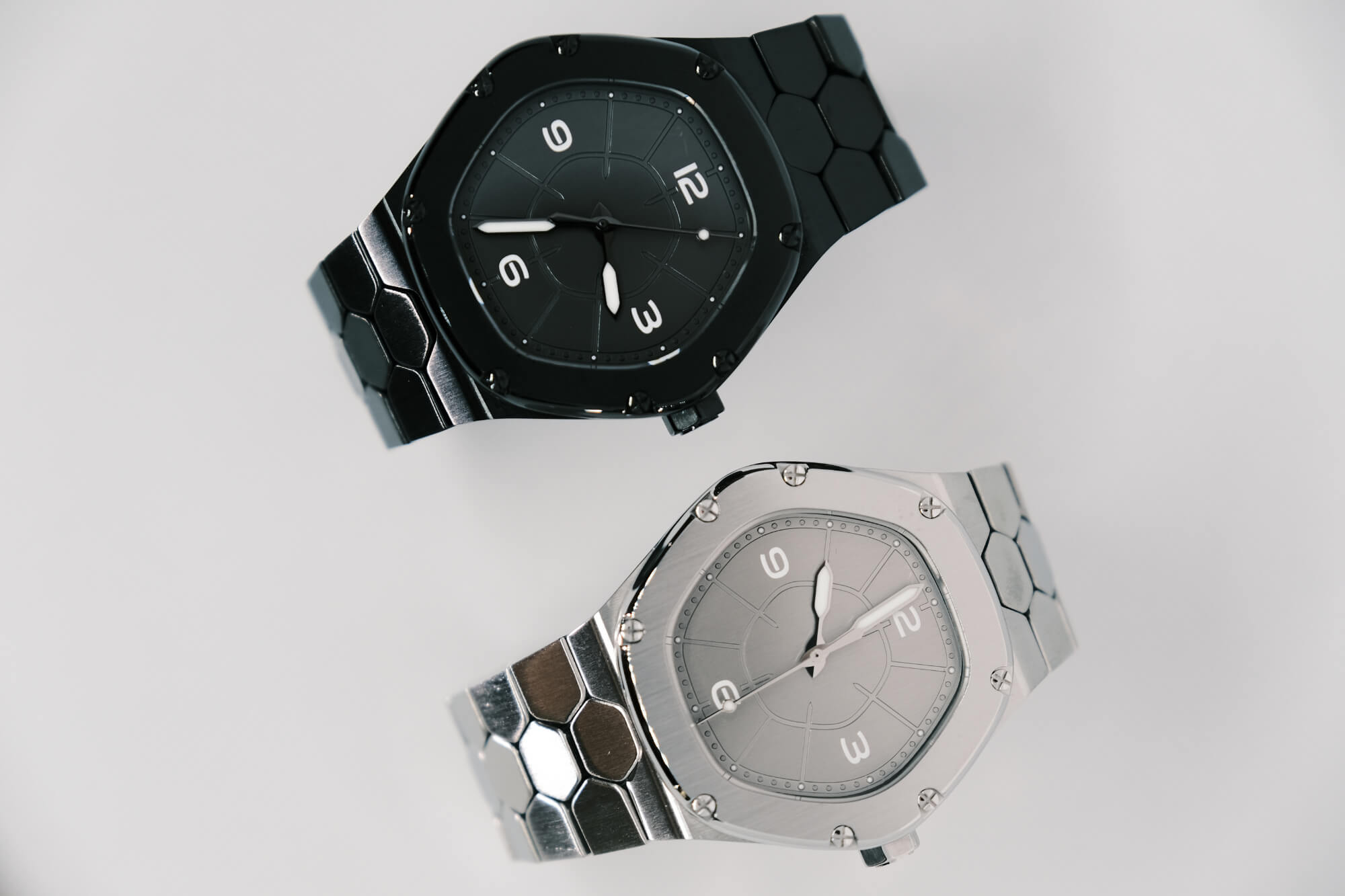 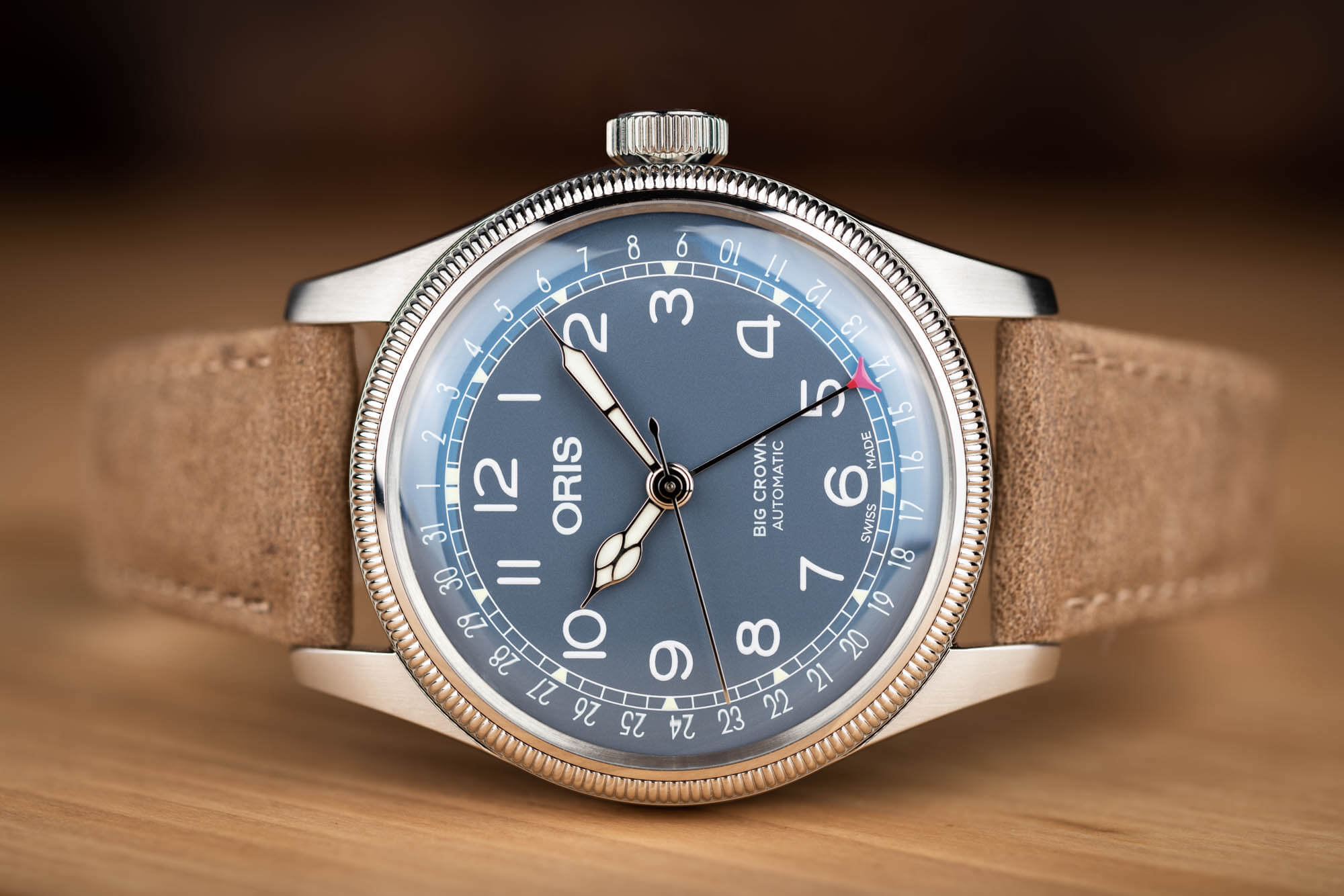 A tool watch that oozes design and beauty 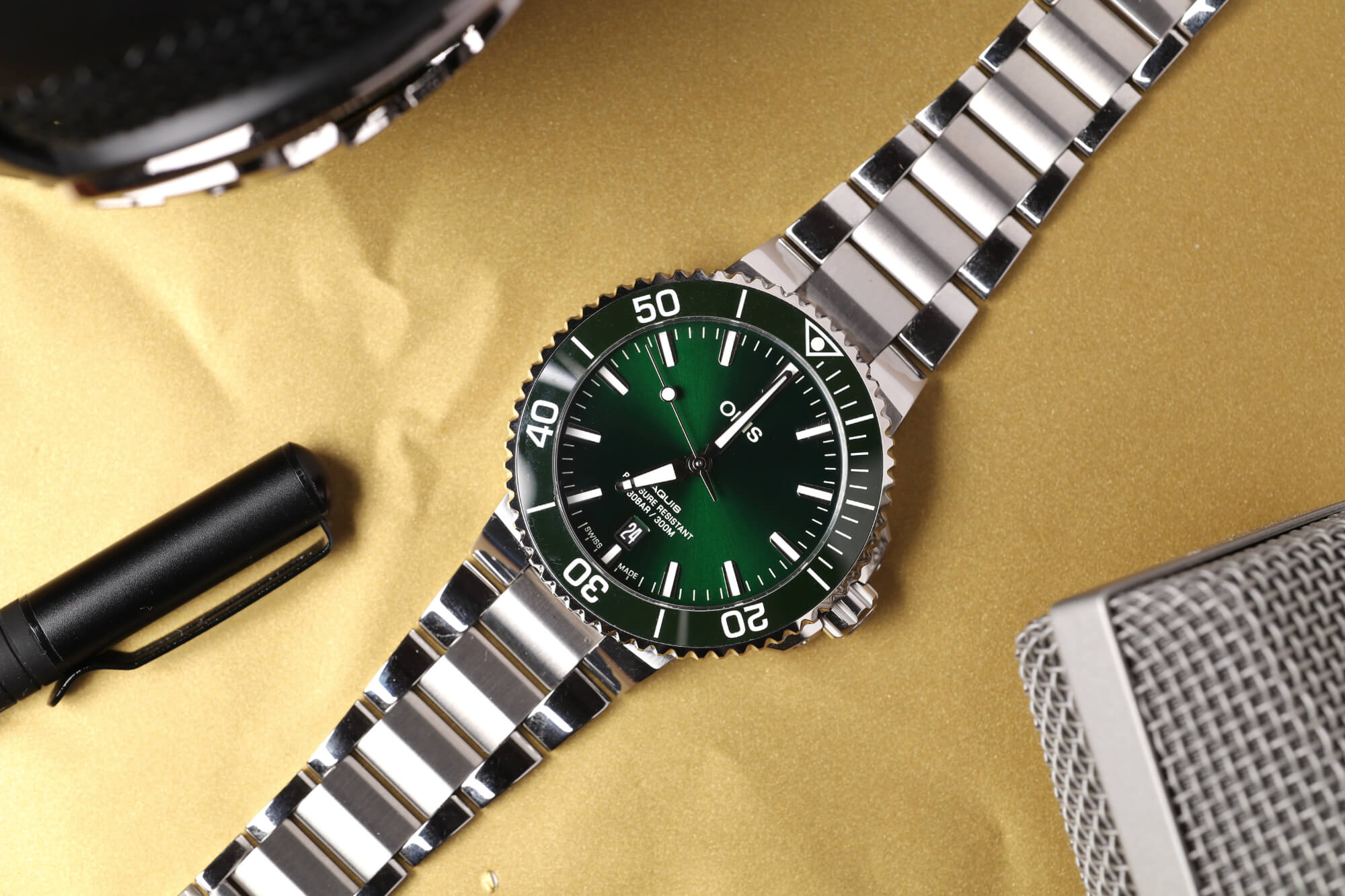 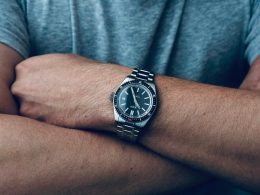 The latest iteration of an under the radar dive watch