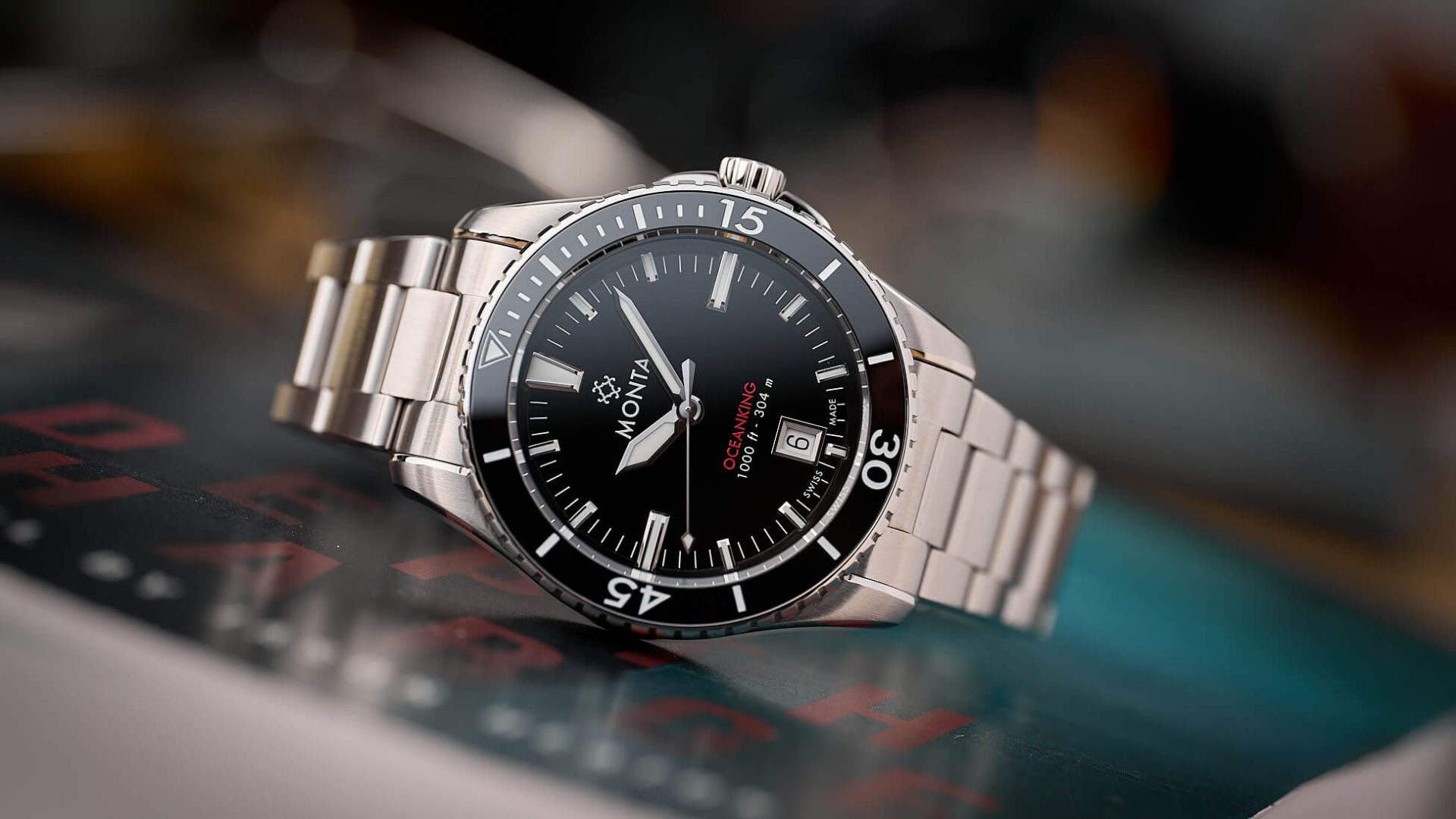 The entire Monta catalogue has rolled through the Watch Clicker studio except for the Oceanking. The Monta Oceanking was the first watch I handled from the brand and although I owned one for a short period of time a couple years back, it never got the review it deserved. I thought about how I wanted to approach this review when Monta first told me they were going to send one to look at. I didn’t want to give it an owner’s review because I don’t own one anymore and it had been so long since I’d handled one that I forgot what it was like.

I thought it would be best to look at this review with fresh eyes, not only for the Oceanking itself but for the brand. The Oceanking was the first watch Monta had in their catalogue and although they credit the Triumph with saving the brand, it is hard to argue how much value a solid dive watch brings to brand’s catalogue. Whether you have read all my Monta reviews or just want to find out what the Oceanking is all about, buckle up, because we’re taking a look at the Oceanking as if it were the first Monta that I have ever handled.

Given that it is just over 40mm wide and 49mm lug-to-lug, this may be a difficult watch to determine if it will fit your wrist or not. The Oceanking nails wrist presence without being overwhelming. The case width combined with a relatively thin bezel gives the dial some room to breathe. The 49mm lug-to-lug looks big on paper; that’s only 1mm less than a Tudor Pelagos. However, when you look at the watch from the side, the bottoms of the tips of the lugs are chamfered in towards the wrist. Pair this with the subtle turndown in the lugs and that 49mm length feels more like 47. With that said, I would love to see how lugs with more downturn would add further comfort to the wrist.

The Oceanking has a satisfying heft to it while on the wrist. It isn’t heavy per se, but when you pick it up to put it on your wrist you can feel that weight. It’s like picking up a perfectly made chef’s knife. You can feel the quality and craftsmanship that went into making it. Part of that comes from the bracelet. I’ll touch on the bracelet in more detail later, but the solid links and substantial clasp add to the feel the Oceanking has. Everything feels premium when you’re holding it and that carries over to on-wrist comfort.

There are a few things you can do with your black dial dive watch when it comes to making it legible. You can take the pure tool watch approach and use matte white hands or go dressy diver and use polished hands. If you choose the latter, the hands can disappear into the dial because of how polishing can reflect black. Monta solves this problem by using faceted hands that reflect the light at different angles so one side of the hands is always visible against the dial. It’s subtle, but once you notice it, you appreciate it.

There isn’t an element on the dial of the Oceanking that doesn’t have a premium look to it. The glossy black dial is dust- and blemish-free. The printed text is slightly puffy, giving it a crisp yet applied look. Monta made the Oceanking text at 6 o’clock red to give a sporty feel without going over the top. Although I wouldn’t mind seeing the logo at 12 o’clock scaled down a touch, it is balanced by the text at 6. Underneath the date window you’ll notice the venerable Swiss Made text.

All the markers are applied and while they are relatively simple, small details give them flair. Each marker is beveled at its tip as it meets the dial. This gives the markers a similar effect to the hands; they reflect light differently, making them pop off the dial. The 3 and 9 o’clock markers are elongated to aid in orientation. If that isn’t enough, the 12 o’clock marker is larger than the rest and each marker is filled with tons of lume. The framed date window at 6 is large enough to provide balance between it and the marker at 12. As with everything else on the dial, the finishing on the frame of the date window is flawless and shines in its own way.

The sword hands, which are on every Monta model except the Noble, are also filled with a boatload of lume. The spear-tipped seconds hand sweeps around the dial and the flared counterbalance adds a nice finishing touch.

Let’s talk about the bezel. When I owned an Oceanking years ago, I was confused as to why Monta went with a 60-click bezel over 120. I was naïve, inexperienced, and thought that 120 clicks equated to quality. Boy, was I wrong. I’ve since come to appreciate how not only does a 60-click bezel feel better to use, its execution is harder to master. The watches that pull it off are at the top of their game; think Tudor Pelagos and Sinn 104. Monta has obtained a patent on their bezel mechanism. Patents on bezel mechanisms aren’t something you hear about often and after using the Oceanking’s bezel, it’s easy to see why they went for it.

Each click of the bezel feels tactile and solid. There is absolutely zero backplay. You can feel the precision that went into creating the mechanism each time you use it. It is one of those bezels that will make you time arbitrary things just so you can use it. Each click feels like snapping that last brick into the 1000-piece Lego set when you were a kid, it’s that satisfying. The bezel is also fully lumed with the same amount of lume as the markers and hands, creating a stunning and cohesive look when it’s all lit up.

I don’t know what voodoo Monta does to the steel on their watches but it is like liquid metal. The brushing has such a uniform look to it that it looks like a render, but you’re holding it in real life. It’s mind-blowing. Monta uses a mixture of finishes on the Oceanking that complement each other so each facet of the watch looks beautiful from any angle.

The tops of the lugs are brushed and the inside and outside of the lugs feature a polished chamfer. Inside lug chamfers are becoming more ubiquitous but Monta was one of the first brands I remember using them. The inside chamfer combined with the tight tolerances offered on the Oceanking create a seamless yet distinct transition between the lugs and the bracelet. The outside chamfer fades as it meets the tips of the lugs and the sides of the case are entirely polished.

Monta has revised the Oceanking a few times and while this Oceanking is still technically generation 2, it features redesigned crown guards. Previously the crown guards on the Oceanking were blocky and could interfere with using the crown. Monta now tapers the crown guards as they move towards the crown. This creates both a refined look and increases usability; form meets function. It’s such a subtle change that most people wouldn’t notice it, but like all things Monta, once you do you don’t want to go back.

Underneath all of this is the Monta caliber M-22 which uses the Sellita SW300/ETA 2892 as a base. The movement is smooth-winding, accurate, and reliable. There isn’t much more you can ask beyond that and the movement is what you would expect for a dive watch in the ~$2,000 price segment.

If you scroll through Monta’s website, you’ll see at the bottom of their product pages “Most comfortable watch bracelet on the planet.” That is a lofty expectation to set with your customers, but after wearing the Oceanking for several weeks, it is not hyperbole. I have a few watches with amazing bracelets and this stood right in line with them or was even better. From the taper of 20mm to 16mm at the clasp to the fully articulating links, and of course the quick-adjust clasp, the Oceanking bracelet nails it in every respect. The bracelet is well-finished and is up to the same standards as the case finishing. The polished bevels are a nice touch as they add an added dimension of depth to the links. The clasp is where the bracelet truly shines.

Quick micro-adjust systems are becoming commonplace on mid-tier and higher watches. Consumers are asking for it and brands are delivering. Monta was one of the pioneers of this trend outside of the larger Swiss brands (e.g. Rolex). The quick micro-adjust on the Monta clasp is simple to use and complete with the same tight tolerances as the rest of the watch.

To use the quick micro-adjust, you pull the bracelet down from the clasp which will unlock it from the seated position. It can be slid back and forth to loosen and tighten the clasp as needed. There is a total of 6 micro-adjust positions equating to a little more than a full link size. Each position has an audible click as you move it and it never feels loose. When you have it dialed in, you pull the bracelet back up towards the clasp and lock it in. When I started using it, I needed to take the watch completely off my wrist to use it. After some practice, I was able to do it with one hand while the watch was on my wrist (with the clasp open). It has become one of my favorite quick-adjust systems after the Tudor Pelagos’. The only complaint I have about the bracelet is that the clasp is long. Depending on your wrist size, it can take up most of the bottom of your wrist. This is purely aesthetic and doesn’t impact comfort.

The ~$2,000 dive watch price segment is extremely competitive. Tag Heuer, Oris, Sinn, Longines, and others all dominate this segment. It isn’t a space many microbrands play in often for that reason. I don’t consider Monta a microbrand but rather somewhere in between an established brand with decades of history. Despite that, Monta has not only been competitive in this space but they are also offering one of the best values in it. There aren’t many watches, even from the brands I just mentioned, offering finishing, technology, and design like Monta is.

The Oceanking is one of those watches that begs to be looked at. It is almost as if Monta spent time seeing how light reflects off all the surfaces and changed them until it looked luxurious from every angle. Just when you think you’ve seen it all, another part of the watch lights up. I have no hesitation in saying that if you have a little over $2,000 and you want the best dive watch available, buy an Oceanking. It’s so good, I might just get one for myself.

More Images of the Monta Oceanking 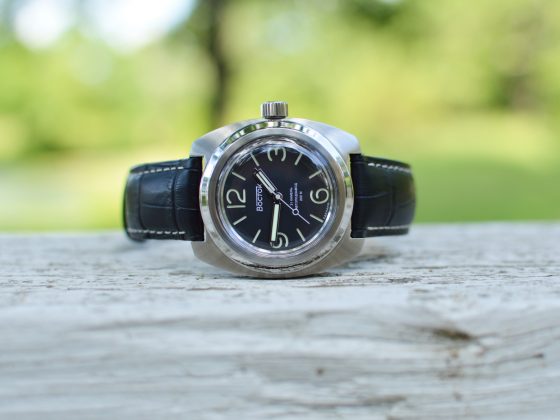 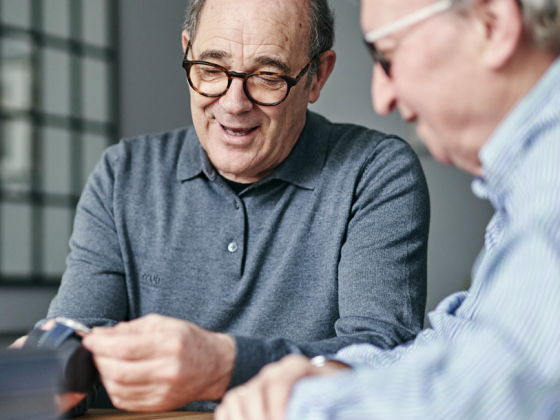