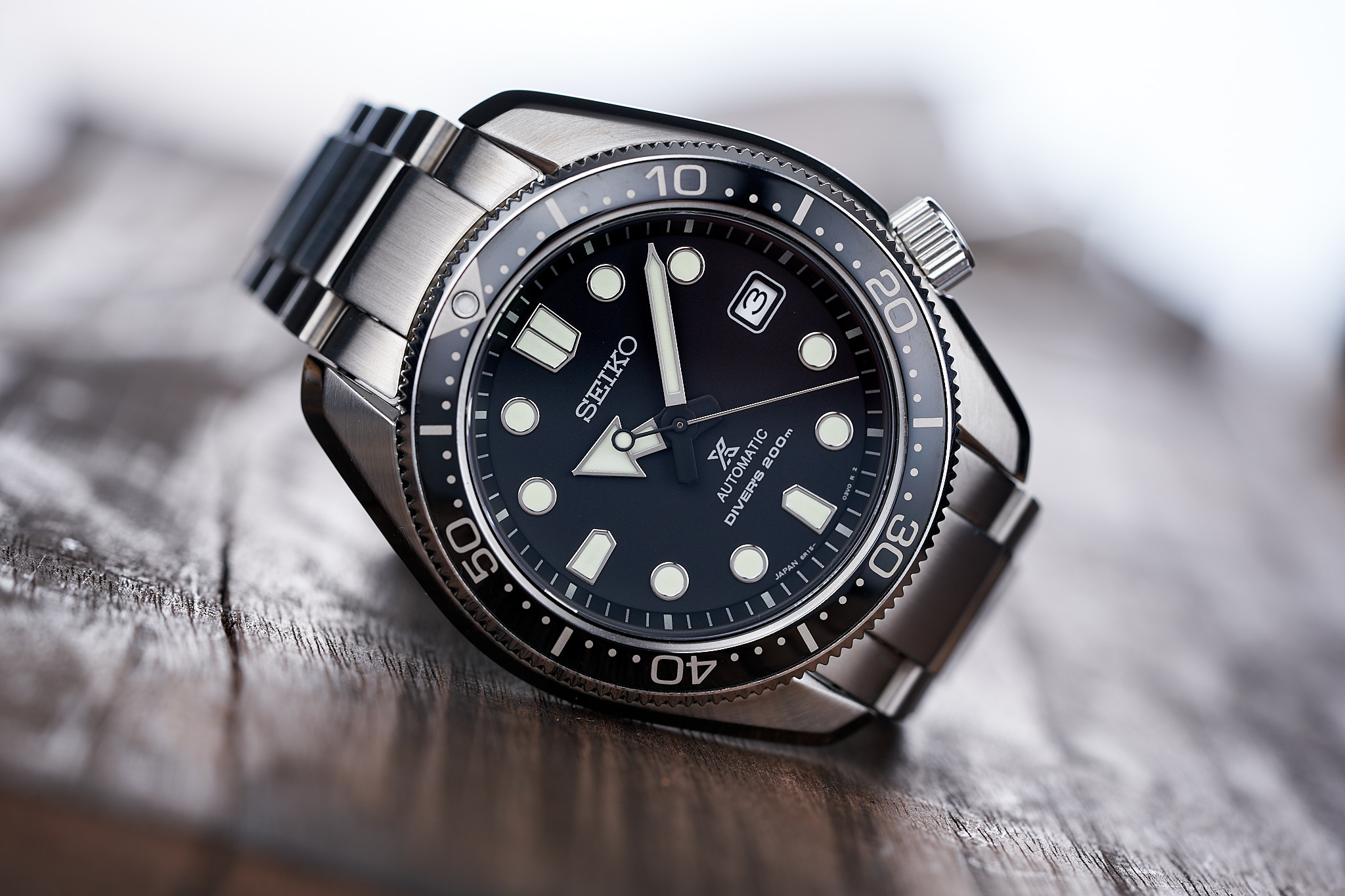 When it comes to Seiko’s dive watches, the choices are almost endless and there is an option for any budget, wrist size, and color preference.  From the newly introduced 5KX and the classic SKX to more modern options like the Turtle and Samurai, Seiko has spread themselves all over the map for consumers.

The Seiko SBDC061 is an entirely different story. The watch was quickly dubbed the baby Marinemaster or Marinemaster 200 due to the similarities between the SBDC061 and the more expensive Marinemaster 300 series. If you’re looking to spend less than $1,000 on a dive watch, Seiko has you covered, but you will be hard-pressed to find something that compares to the SBDC061. This is Seiko at its best. 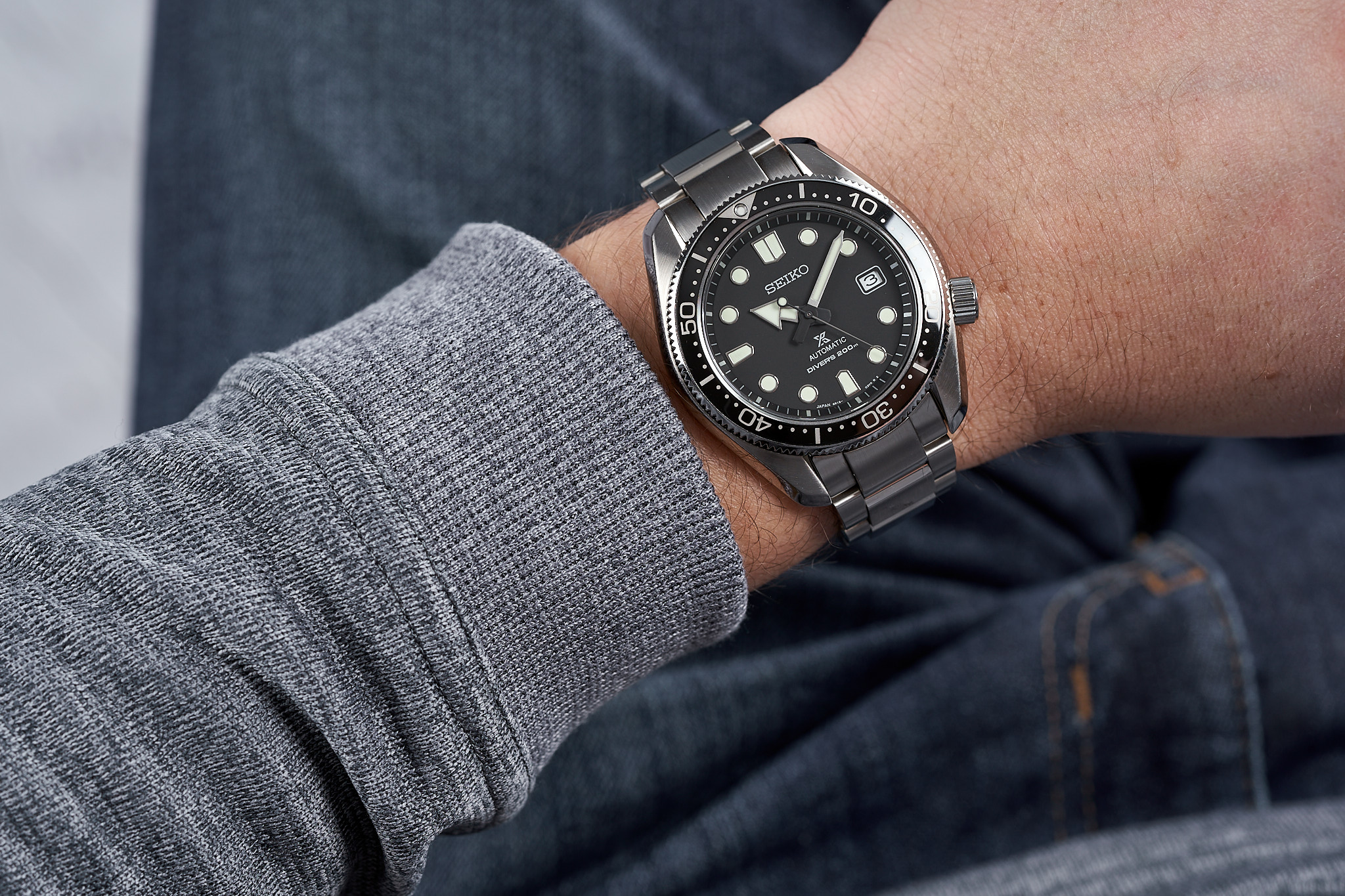 I’ve discussed how misleading Seiko’s case dimensions can be in other reviews, but it is truer with the SBDC061 than any other Seiko I’ve tried. While watches like the SKX and Turtle have wide case widths, their lug-to-lug distances are short at 46mm and 48mm respectively. They aren’t long watches. The SBDC061 is the first Seiko that I feel tricked me with its case dimensions. 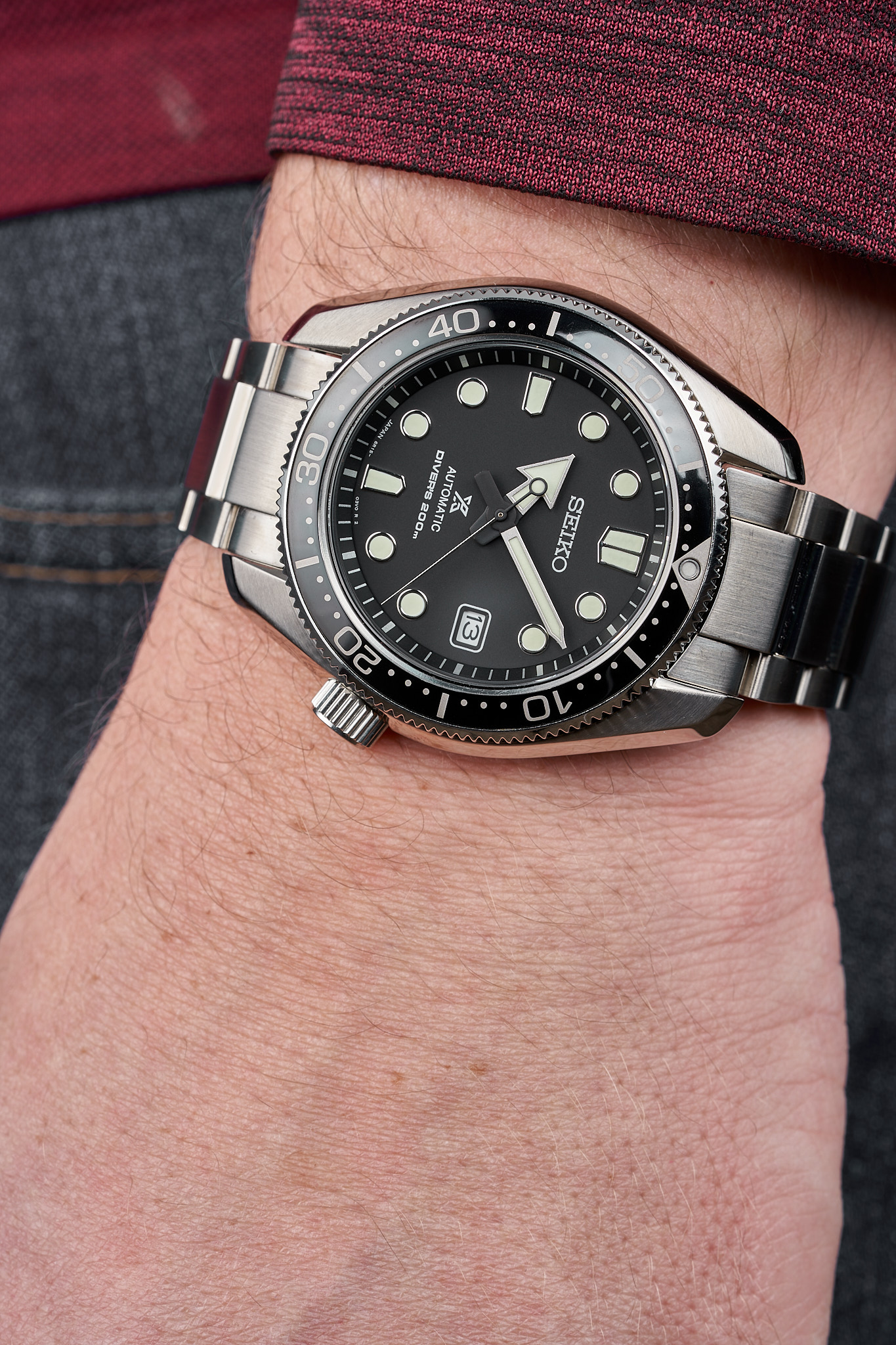 Coming in at 44mm wide and 51mm lug-to-lug, this is a huge watch on paper. With that said, it felt right at home on my 6.75” wrist. There are a few things going into why this watch fits so well and wears smaller than its dimensions would suggest. The lugs have heavy bevels and curve down sharply, so the SBDC061 conforms to the wrist rather than sitting flat on top of it. The sides of the case also have a heavy cut-in, making the contact surface of the watch much smaller than its 44mm diameter. 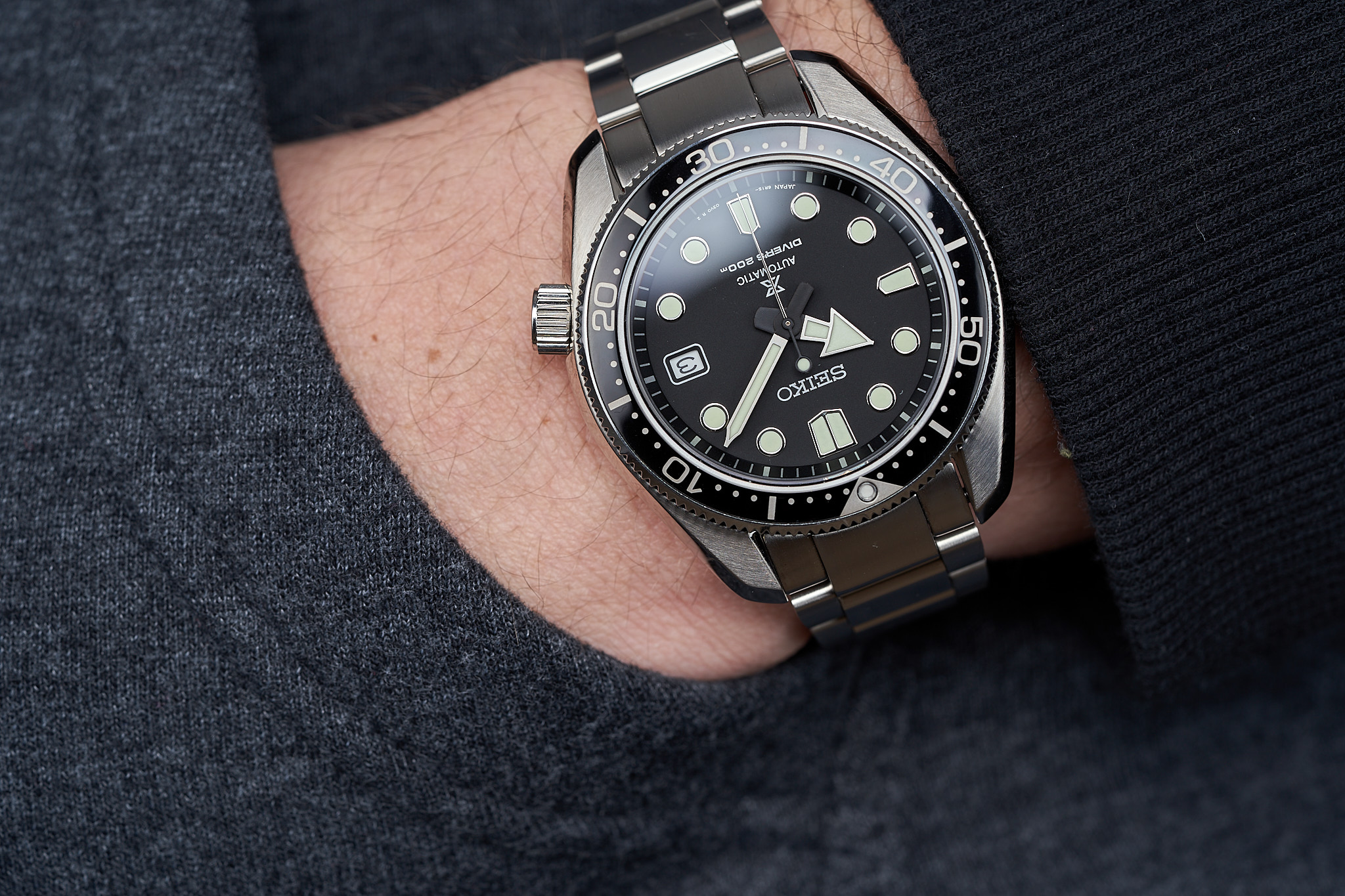 I’ve read some comments online that the SBDC061 wears the same as the SKX. Let me go on record and say this is 100% not true. It is a larger watch in almost every way and will wear larger. If the SKX is the biggest watch you would wear, the SBDC061 will be too big for you.

The SBDC061 is legible at every angle, the bracelet articulates beautifully, and the fit and finish is perfect. I stated above that this is Seiko at its finest. This watch feels like a premium product. It has everything you would want in a dive watch costing near $1,000, which I will discuss more later. 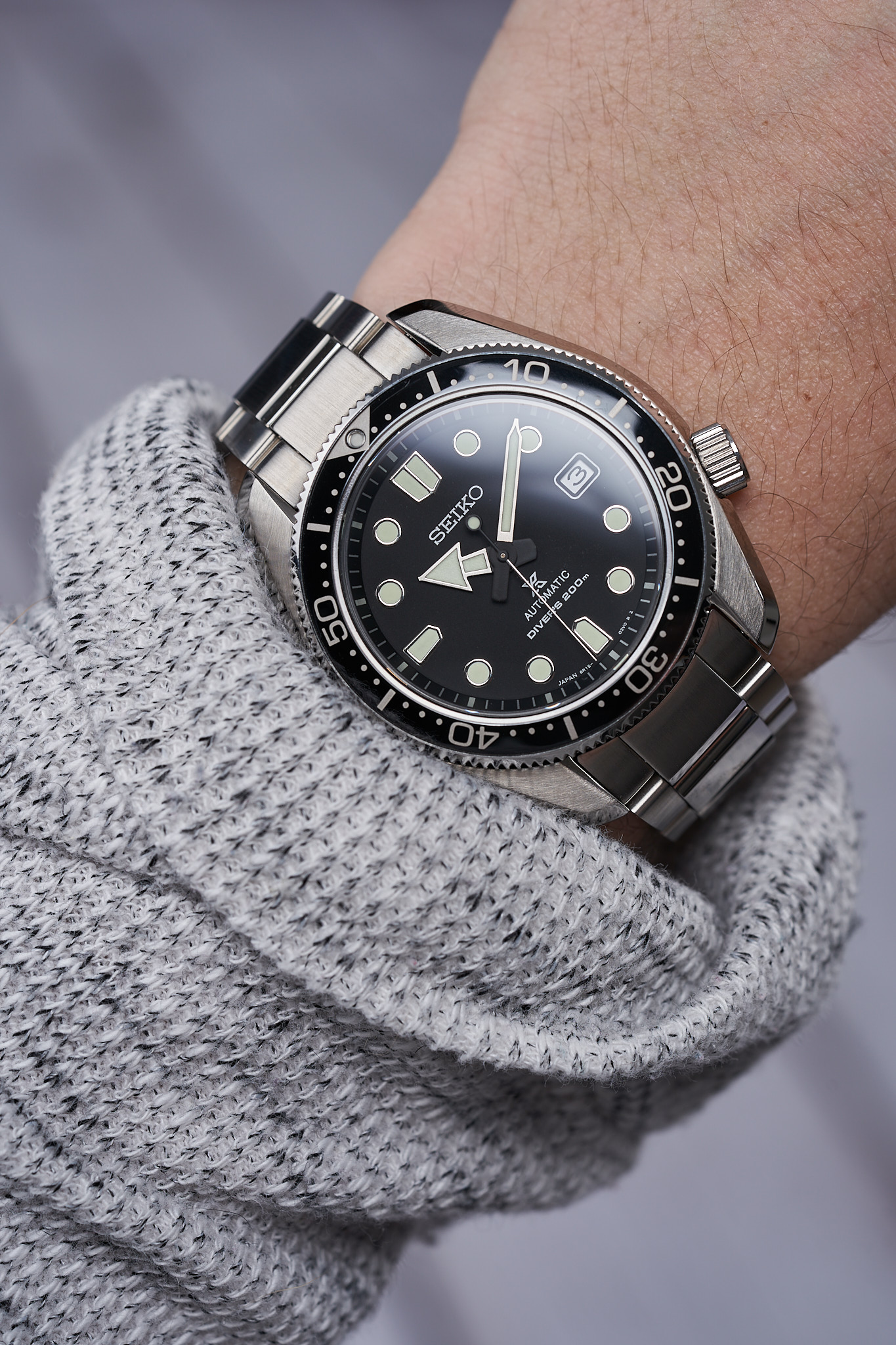 The dial on the SBDC061 is purpose-built to be legible as a true dive watch but also as a premium sport watch. The matte black dial absorbs light and combined with the sapphire crystal, cuts all reflection even in direct light. The applied markers are beautifully executed and polished to perfection. This is one of those dials where you will want to spin your wrist while wearing it just to see how the light plays with the markers. 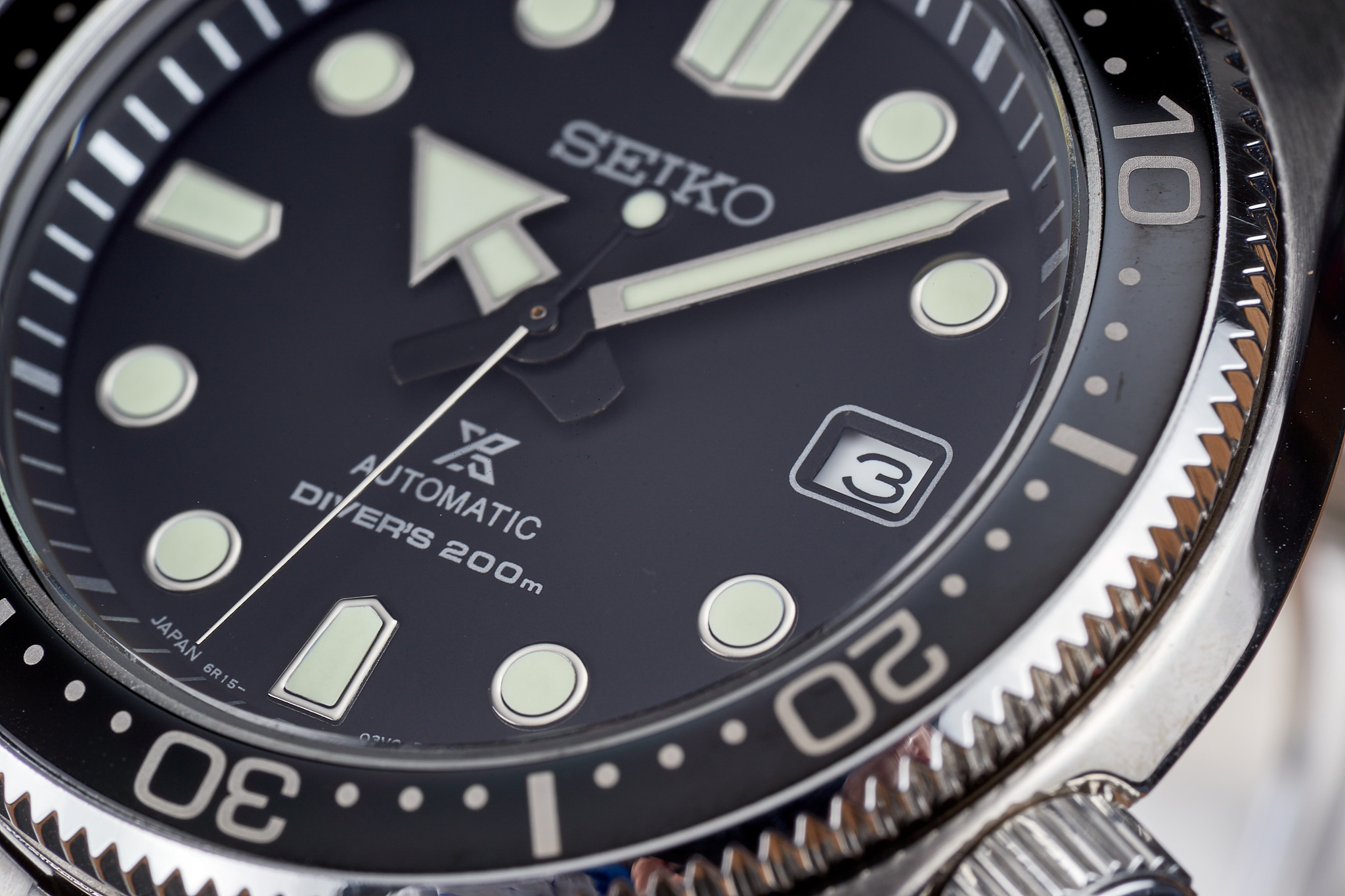 Each marker and the hands are filled with Seiko’s LumiBrite lume and have plenty of it. The slightest hint of light will light up the dial like a torch. The date window at 3 o’clock is outlined in white.

The handset will be divisive for those looking to purchase the SBDC061. Seiko has been using this handset with the large arrow for the hour hand on many of their new premium-model dive watches. While the large handset makes the watch a perfect diving companion, they feel juvenile. If Seiko had used the handset from the Marinemaster 300 or even a slightly modified SKX/Turtle handset instead, it would have elevated the watch while still maintaining legibility. 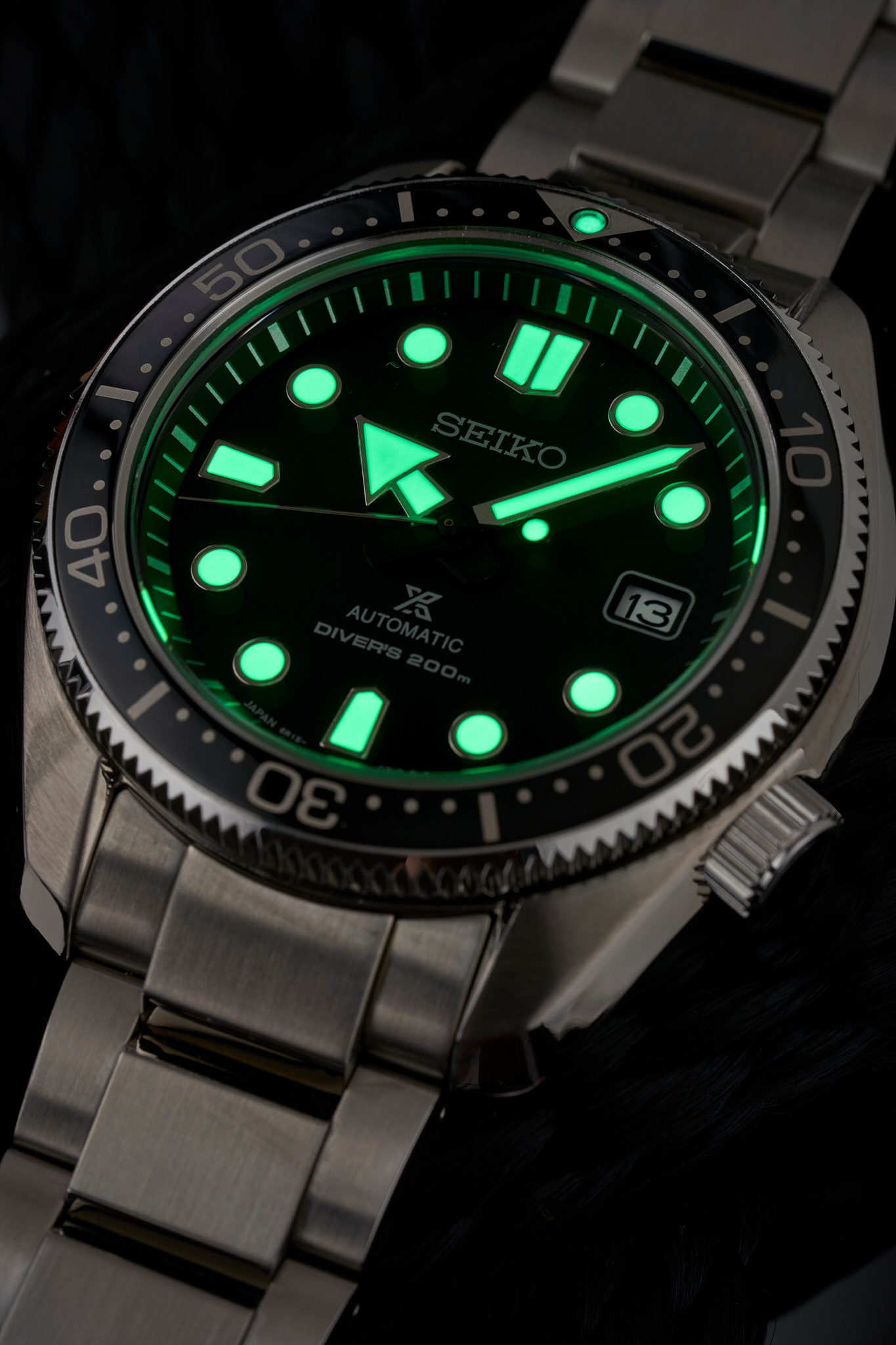 As I discussed previously, the case on the SBDC061 looks and feels great. The brushing is fantastic and the polishing is the next best thing to Zaratsu polishing. The transitions from brushing to polishing are crisp, clean and blemish-free. 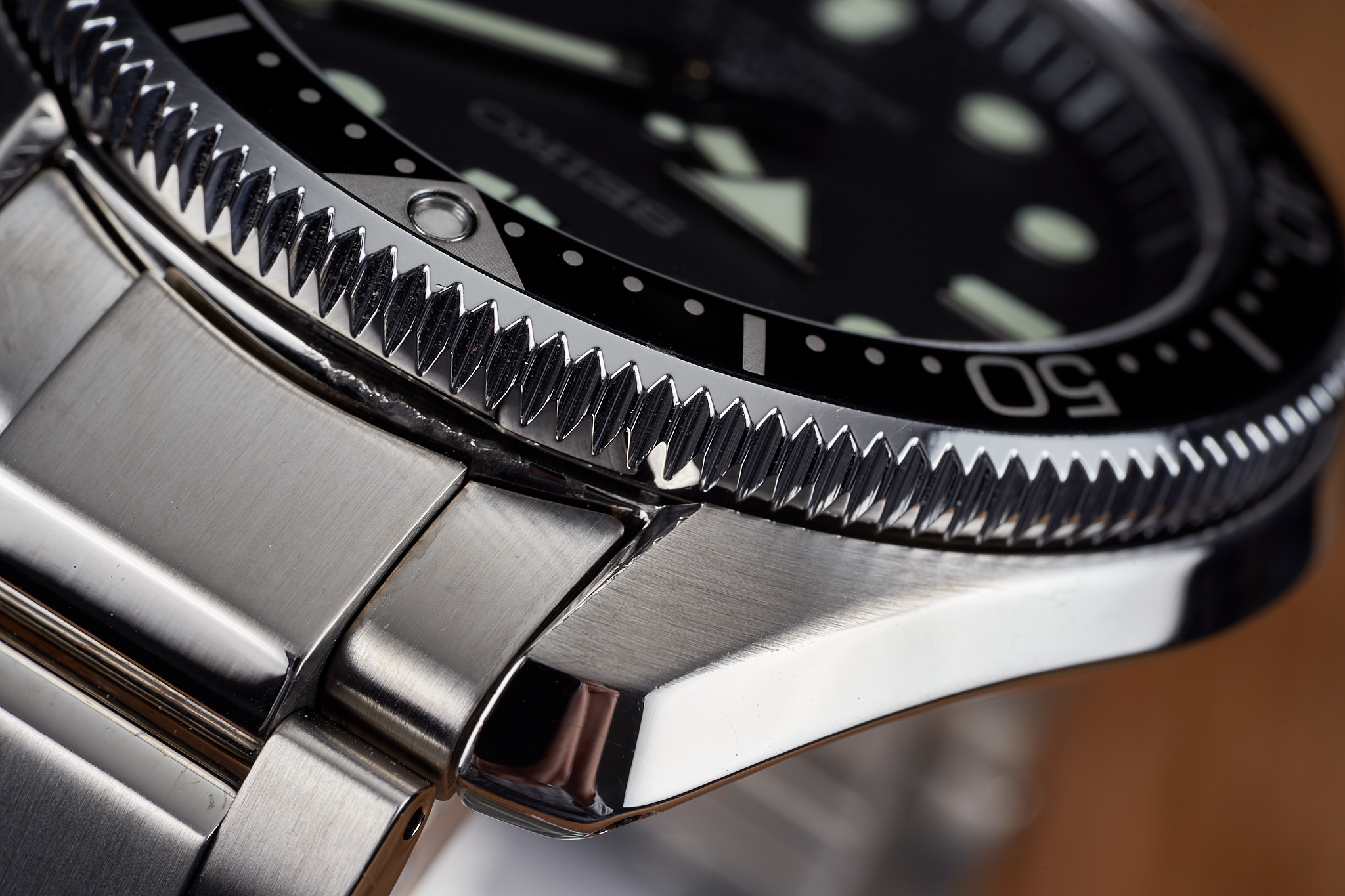 The polishing that runs down the length of the case wraps around the front of the lugs. This effect helps cut down on the perceived length of the watch. If the lugs had been completely brushed on the top, it would have made the watch feel bigger than it is. 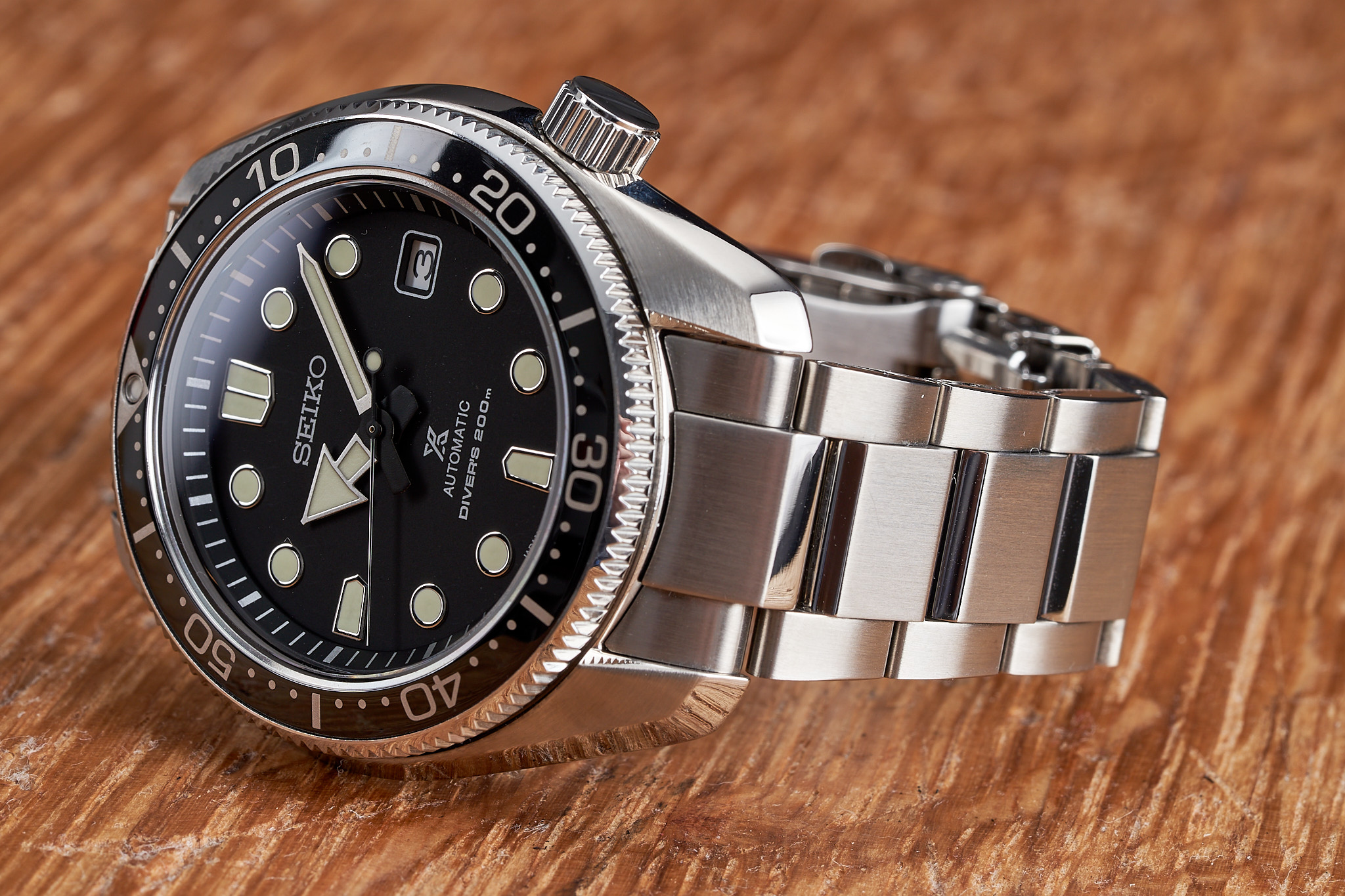 Seiko broke from the aluminum bezel inserts that many will be familiar with on the bezels of the SKX/Turtle/Mini-Turtle. The bezel insert almost looks liquid. The bezel itself has a coin edge that is highly polished. The bezel action is precise and is one of the most satisfying bezels I’ve used.

One thing that works against the SBDC061 in terms of its overall fit is the bracelet. The endlinks of the bracelet have male center links, meaning that they protrude further than the case itself. Seiko should have used female center links to both cut down on the overall length of the watch and improve wrist comfort. 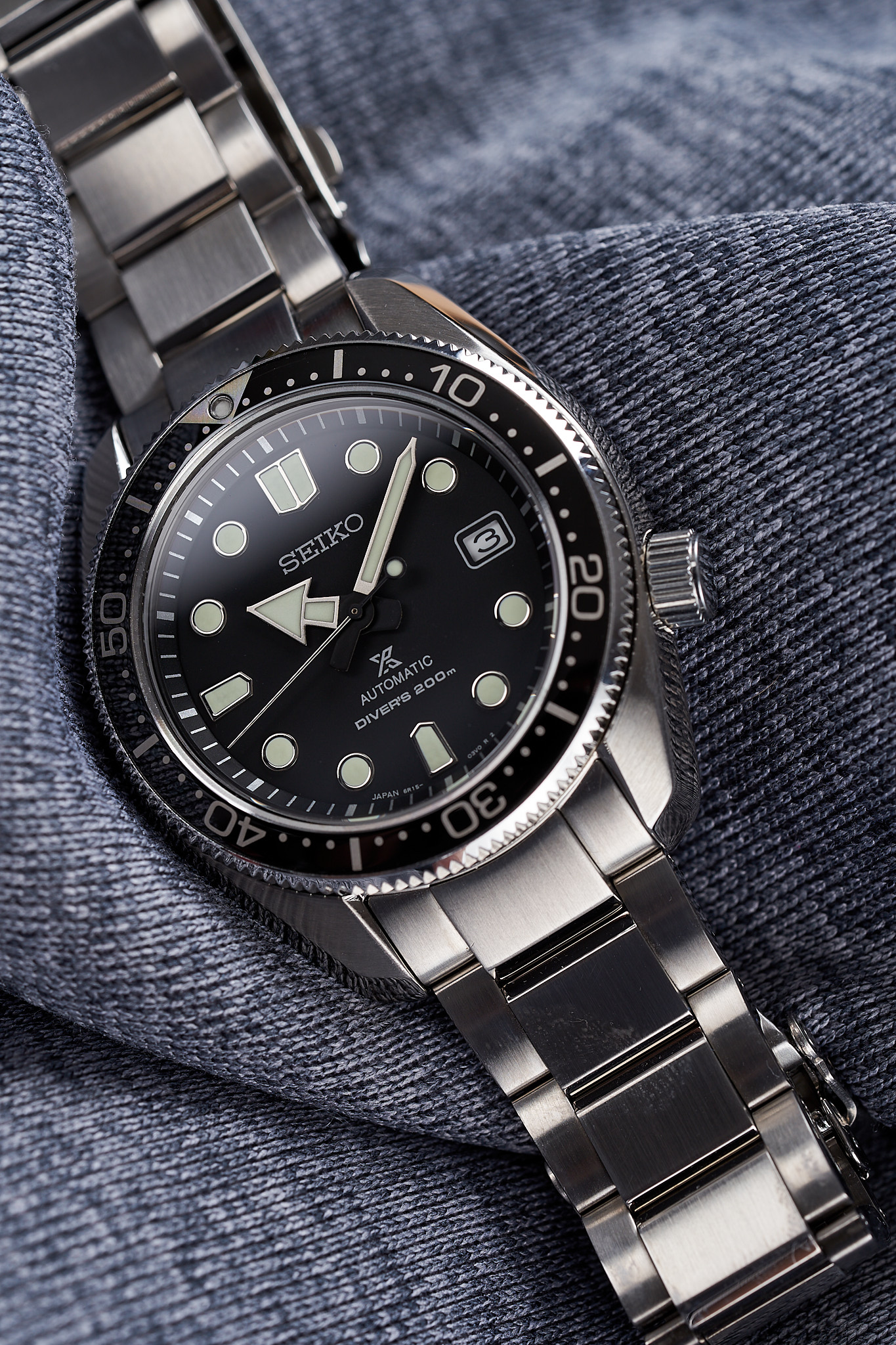 With that said, this is the best bracelet from Seiko I’ve used. The links are heavy and articulate around the wrist well, and it features a great clasp. You will have to compete with pins and collars when sizing the bracelet. I’m hoping that one day Seiko will use screwed links in all their watches.

The case and bracelet are coated in Seiko’s proprietary Diashield coating which they claim offers excellent scratch resistance. I can’t speak to the long-term durability of this coating, but I’ve heard great things and didn’t pick up any scratches during my review period. 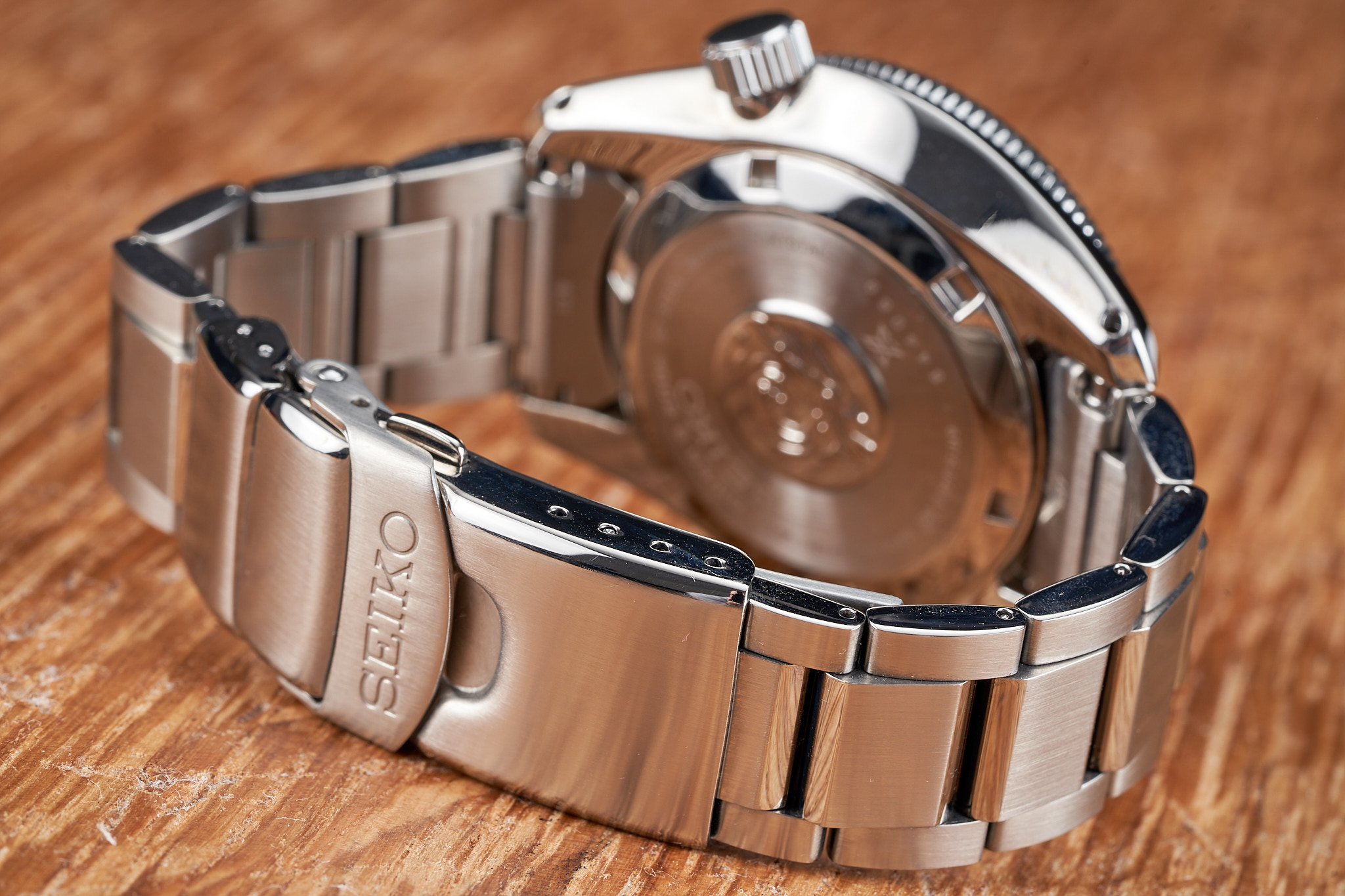 Seiko’s offering here is sound. The dial, case finishing, movement, bezel, and bracelet are all top-notch. Every time I put on this watch, I felt like I was putting on a watch that cost more than $1,000. It feels like a proper tool watch that can take a beating but is beautiful enough you don’t want to bang it up.

This watch did just about ruin most other Seiko dive watches for me. It was hard to look at the SKX, Turtle and Mini-Turtle without thinking they were inferior to this watch. Granted, the SBDC061 costs significantly more than the SKX, but I’m warning you that it will have a similar effect if you try one on. This is Seiko at its best.

More Images of the Seiko SBDC061 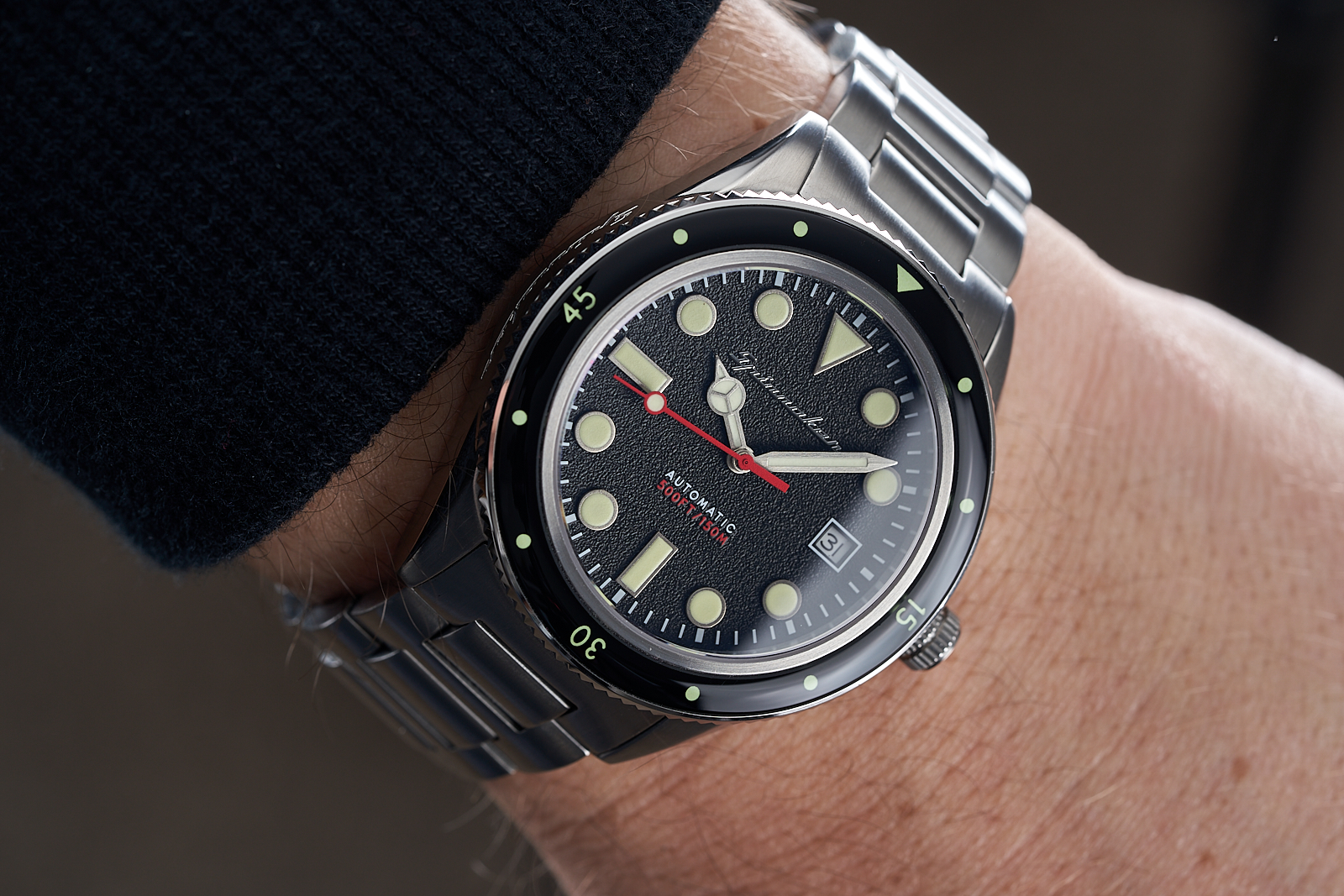 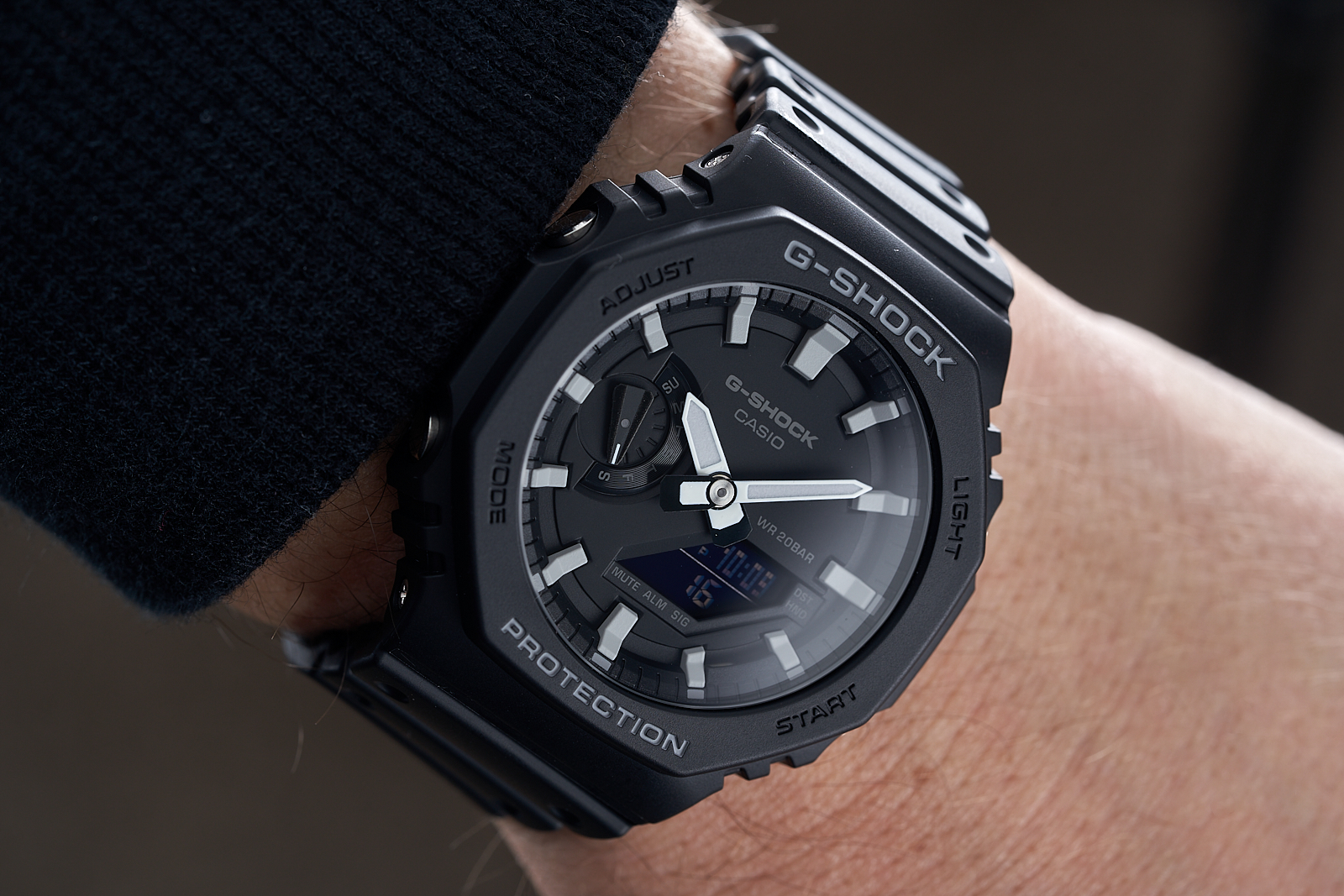