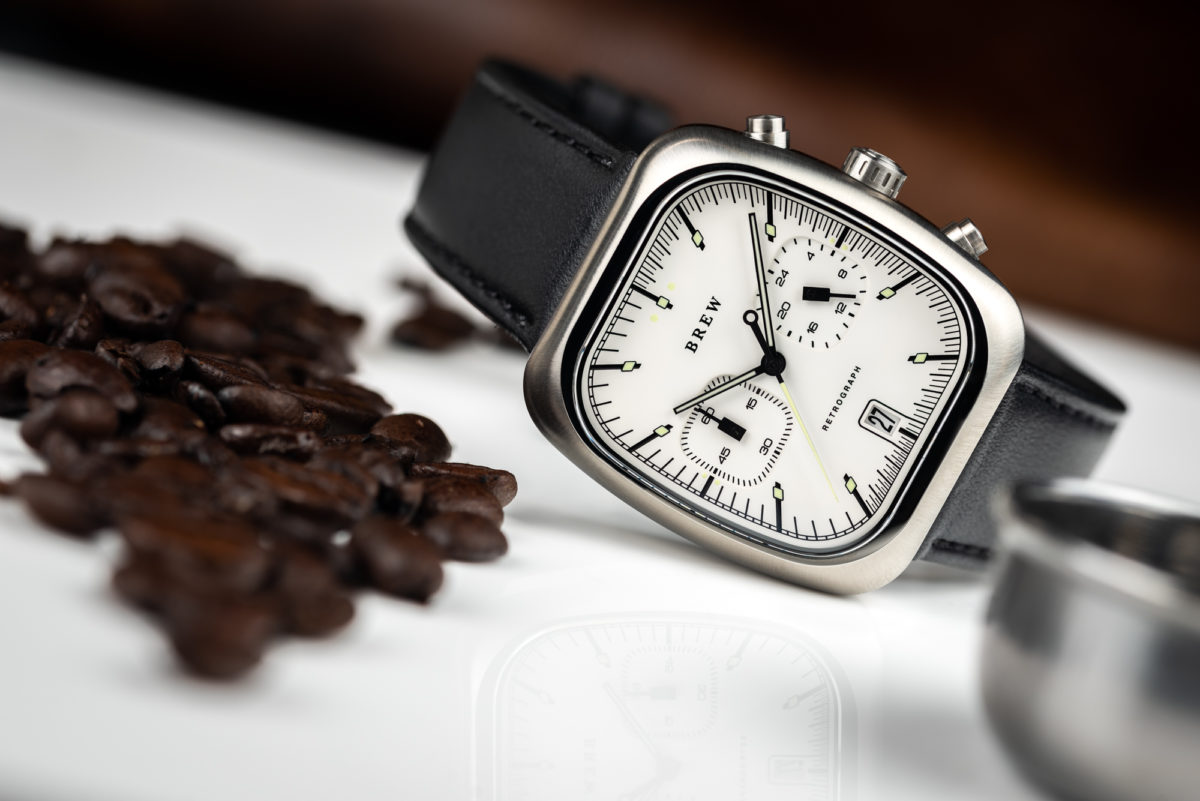 The first watch I ever purchased with my own money was a fashion watch.  I bought a Guess rectangle cased quartz dress watch.  I had no idea about the world of mechanical watches and thought $200 was the most I would ever spend on a watch.  While I still have that watch and even though I will never wear it again for various reasons, it reminds me of the first watch I purchased myself.  When I saw the Brew Retrograph at the 2018 Wind-Up fair, it immediately brought me back to the joy I had when I purchased that Guess watch.  Part of the reason watch collecting is so fun is because of the range of emotions you can feel by just looking at a watch.  The rectangle case of the Retrograph lit up a dormant part of my brain.  The Retrograph and the first watch I bought myself couldn’t be more different.  However, I still gleam with joy every time I look at the Retrograph.

Brew has been around for a few years and the coffee house inspired watch brand excels at making watches you haven’t seen before.  However, as I outlined above, they find a way to elicit a response out of you.  Predominately, that response is joy.  The previous release, the HP-1 had a crazy domed crystal that played with light and angles in so many ways you couldn’t help but smile.

There are subtle cues to the founder of Brew, Jon’s affinity toward coffee.  For example, the crown on the Retrograph is signed with the silhouette of a coffee bean.  While that may be obvious to some, there are less obvious traits on the Retrograph.  Once you become aware of them, the thought and detail that went into this watch becomes apparent.  The hash marks around the outside of the dial are for something specifically coffee related. It makes the chronograph function of the Retrograph make so much sense.  Take notice of the hash marks that are tightly packed from the 12 o’clock position until the 35-minute mark.  I was unaware of why until Jon told me.  The optimal time to complete an espresso extraction is 25 to 35 seconds.  I personally do not brew a lot of espresso. However, I have found there are a few things I use the timer for that fall into that range and make the visual aid useful.

Not Quartz, but not Mechanical

Let’s dive into the chronograph and movement of the Retrograph a little further.  The Retrograph uses Seiko’s VK64 Meca-Quartz movement.  This movement has been popping up in more micro-brand releases and for good reason.  You get the ease and convenience of a quartz watch with the mechanical feedback and operation of a mechanical chronograph.  The chronograph hand will sweep (not tick) when actuated and provides a quick snap back to the 12 o’clock position when reset.  The subdials are a 60-minute counter and a 24-hour counter tied to the main time on the watch.  I’m a sucker for slightly sunken subdials.  The subdials here, especially on the Oxford dial, are not immediately apparent.  Once you notice them, they are another layer of hidden detail that Brew has put into the Retrograph.

There is no constant running seconds hand on this watch.  This gives it a calm and still feeling when checking the time.  On my white dial (Oxford) version, the hash marks and hour markers are outlined in black.  This makes the Retrograph extremely easy to read at a glance.  The chronograph hand being lumed is my only knock on the legibility of the dial.  This can make it a bit tricky to read in brighter light.  On the flip side, it is abundantly clear at night or in low light when illuminated.

Given the dimensions of the Retrograph, it wears decidedly well.  Coming in at 38mm wide and 41.5mm tall, it is going to have a Goldilocks effect and feel just right.  At only 10.4mm thick, it shouldn’t have a problem sliding under your cuff.  My white dial Oxford version would look right at home with a suit and would make a wonderful conversation piece.  A few friends who have asked me about it and thought the 25-35 seconds hashmark detail was a nice touch.  Because of the rectangular shape of the case, the “lugs” are straight.  This trait creates a clean appearance for straps and bracelets as there is never space between the watch and whatever you have mounted to it.  Your aftermarket bracelet options are endless.  I opted for an aftermarket beads of rice bracelet, which I felt matched the vintage vibes of the watch.

It often takes me a little while and a lot of examining before I decide I want to buy a watch.  The Retrograph is one that I knew I wanted immediately.  I had a hard time deciding on which colorway to get as they are all executed in a slightly different way to show off the details.  My Oxford dial highlights the hash marks, the reverse Panda (Remington) showcases the subdials and the Cobalt plays with the light with its sunburst blue dial.  There is a lot to like no matter which colorway you choose.  I don’t own a lot of quartz watches, this is the first one I have bought in some time.  The magic of the Retrograph is that it makes you forget about the movement and reminds you to look at the details.  All the small things packaged together in this watch make it an instant classic, a watch that will bring a smile to your face for years to come.

More Images of the Retrograph 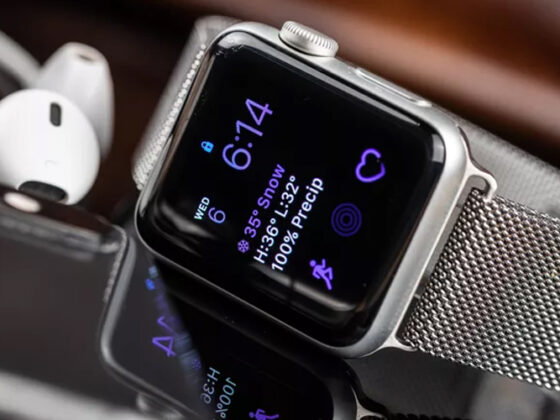 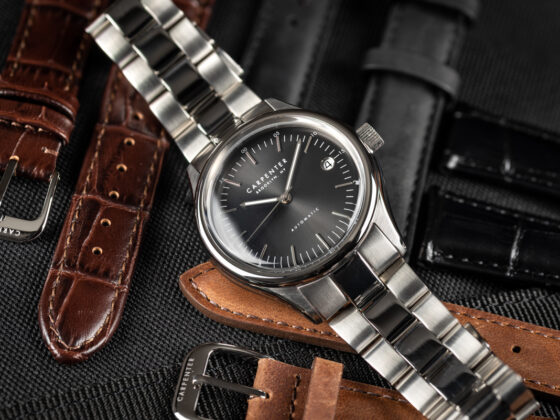