Batavi is a relatively new micro-brand watch company out of the Netherlands. Batavi’s stated design principles include “vintage soul” and “Dutch minimalism.” True to that form, its first watch, the 2020 Kosmopoliet GMT, was a wonderful dive-styled GMT that came in a number of playful colors. In the year of the coronavirus, and with delayed (and often boring) releases, the Kosmopoliet was  a refreshing deviation from the seeming deluge of slightly-different-cased, pepsi GMTs.

The Architect is Batavi’s second release, and while, compared to the Kosmopoliet, the Architect is a relatively stoic watch, it is far from boring. The Architect is available in three distinct dial variations, including a subdued navy blue, and a raw walnut dial (which is way sexier than I would think if I were reading those words).

I received the copper dome version for this review. The copper dial includes a lovely guilloche-style pattern that simulates the interior of an architectural dome (when viewed from below). While I was initially on the fence regarding the dial texture, in the few weeks I was able to wear this watch, it has really grown on me. It is interesting without being overbearing, and the lovely copper tone plays with well with nearly every shirt/tie combo I have.

While the dial of the Architect has been a pleasant surprise, what was less surprising to me are the nearly flawless dial details of the Architect. Both the hands and the markers of the Architect are, in my mind, where this watch makes its money. I love the polished Dauphine hands that, with their subtle lume plots, are strikingly elegant. The steel markers, with their brushed flats and polished chamfers, are stunning, and, perhaps more than any other single element, make this watch feel dressy and refined.

With its Miyota 9039, 100m of water resistance, a screw-down crown, and double domed sapphire, the Architect is clearly a “sport watch.” With that said, the Architect is like nothing I have ever worn before. The fully brushed case, and  its square on square angles, somehow manages to be surprisingly elegant and dressy. I feel like I am constantly talking about the GADA watch, and while I’m not sure this is it, I can say that this watch wore just as well with a suit and tie, as it did with a t-shirt and jeans.

The case of the Architect is (indeed) architectural. With nary a curve in sight outside of the face of the watch, I think it would have been extremely easy to create a harsh, sharp, or otherwise clunky package. Fortunately (and perhaps amazingly), Batavi has done exactly the opposite, in creating a watch that is crisp and angular, but surprisingly elegant. Owing, perhaps in part, to its relative thinness (10.6mm!), the Architect presents a sleek, and even… organic, presence.

At only 39mm across, with a 47mm lug-to-lug, the Architect wears surprisingly large across my wrist. That is not to say the Architect is a large watch – because it is not – but it does feel larger than most of the microbrand sport watches I have experienced in the last two years. As my own watch tastes trend smaller, I was pleasantly surprised with how much I enjoyed wearing a watch that (at least gave the illusion of) covering more wrist-real-estate.

The first (of only two) criticisms I have of this watch had to do with the fall off from the lugs of the Architect, to the bracelet. Because the lugs are semi-integrated, with the appearance of a single plane, from the break of the lugs and into the flat of the bracelet, the Architect probably requires a relatively specific wrist size and shape, to enjoy the design in all of its glory. With my 7.25” and relatively flat-topped wrist, the transition was somewhat broken. While the phenomenon did not detract from my own pleasure in the least – I actually did not even notice until I had been wearing the Architect for a full day – I suspect that some may find the transition a bit jarring.

The bracelet itself was a total pleasure. With a significant taper, from almost 27mm (flared) all the way down to 18mm, I found the bracelet to be comfortable, elegant, and basically… excellent. While the Architect comes with a leather strap, that includes an integrated end-link (and an incredibly effective quick-change system), I found that the Architect really, really wanted (needed) me to wear it on the bracelet. For me, the case and bracelet together are much greater than the sum of the parts.

Ultimately, I think the Architect is an incredible watch release from a very cool company. Most watches I see being released these days tend to either boring, or… weird. With its classic but novel lines, the Architect is neither, and I find that SO refreshing. The Architect has already funded via Kickstarter, and, as of the time of this review, is still available (for approximately $475) until April 16th (so if you want one, jump on it!).

More Images of the Batavi Architect

About the Author Everett 15 posts
Everett is a PNW native, and dyed in the wool hobbyist at-large. Always fascinated with a challenge, over the years Everett has taken on juggling, sewing, bowling, marathon running, fly-fishing (and tying), photography, advanced cribbage strategy, and the Rubik’s cube. Everett got into watches in 2015 after spying a colleague’s Tag Heuer 2000 at happy hour. It quickly became apparent to him that the media-space for affordable watches was seriously limited. Sitting on his couch one evening, scouring threads to find a dress watch, Everett messaged his best-friend, and budding watch enthusiast, Andrew, and said, “I want to start a watch podcast.” Andrew, an action-man and serial hobbyist himself, was in. the rest, as they say, is history.
[email protected] 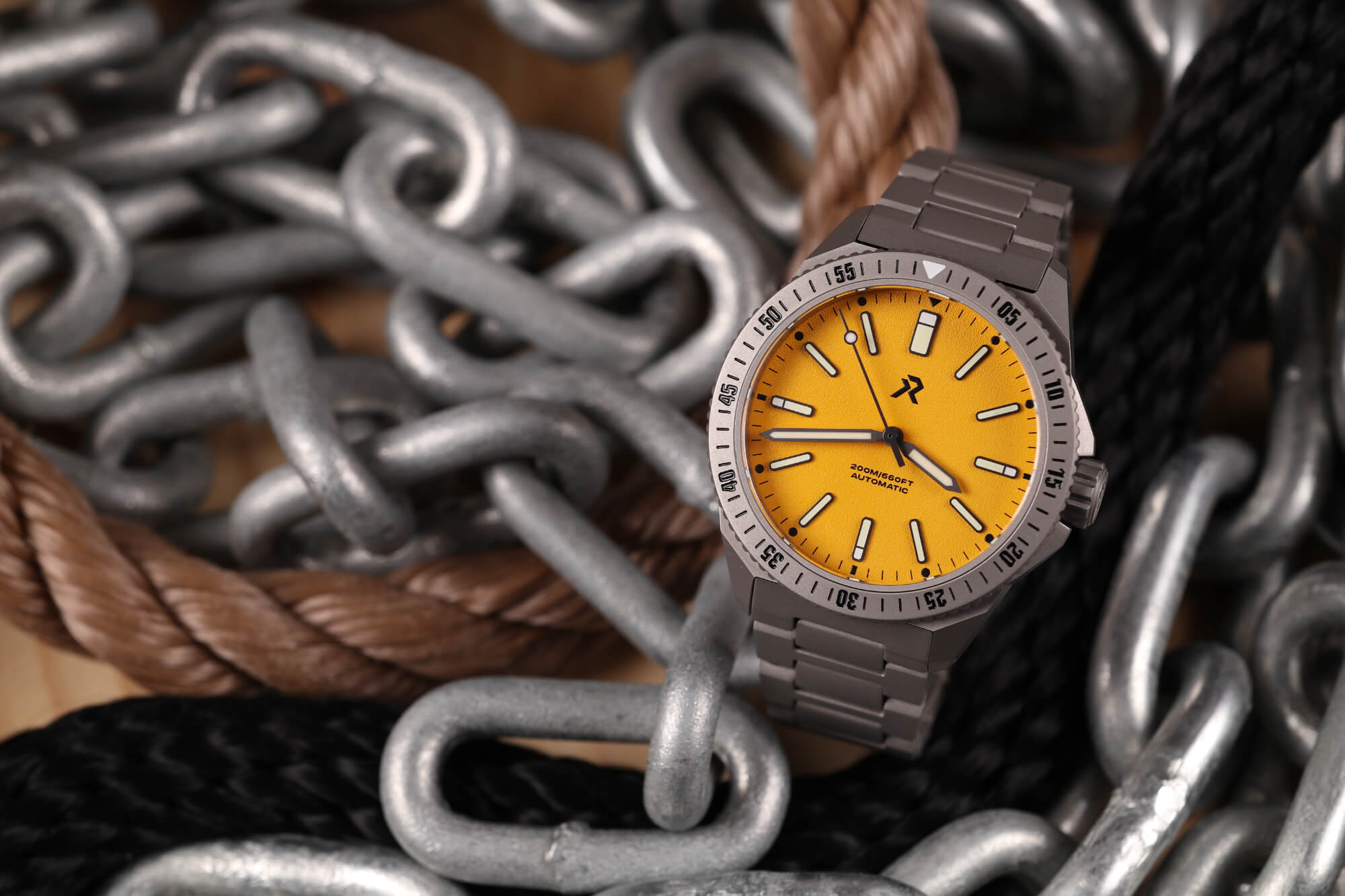 Next
Our Take on Breitling Select 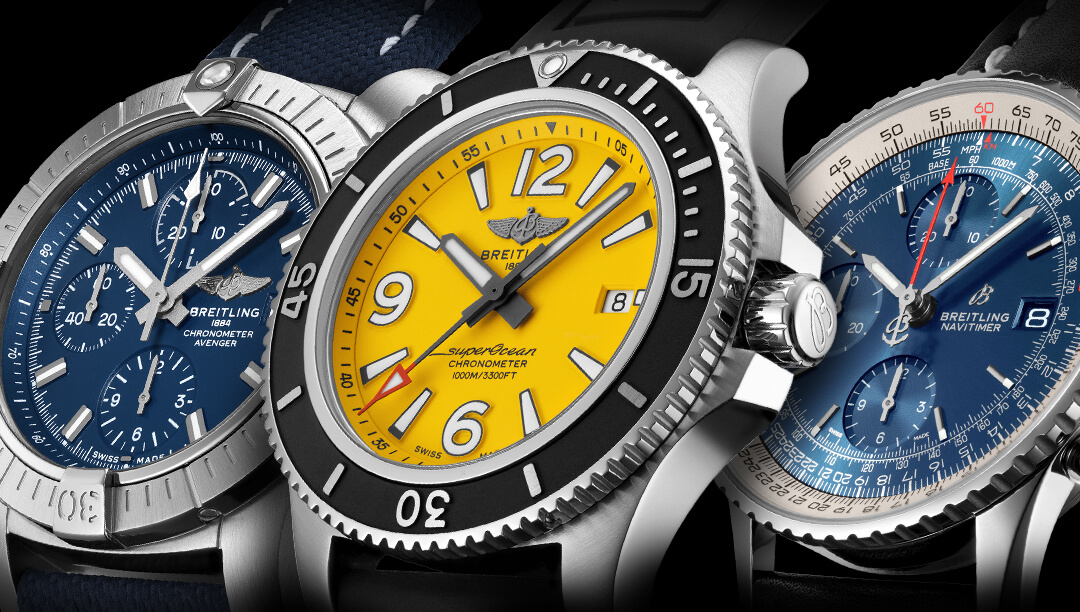 Breitling announced a new subscription service that allows subscribers the 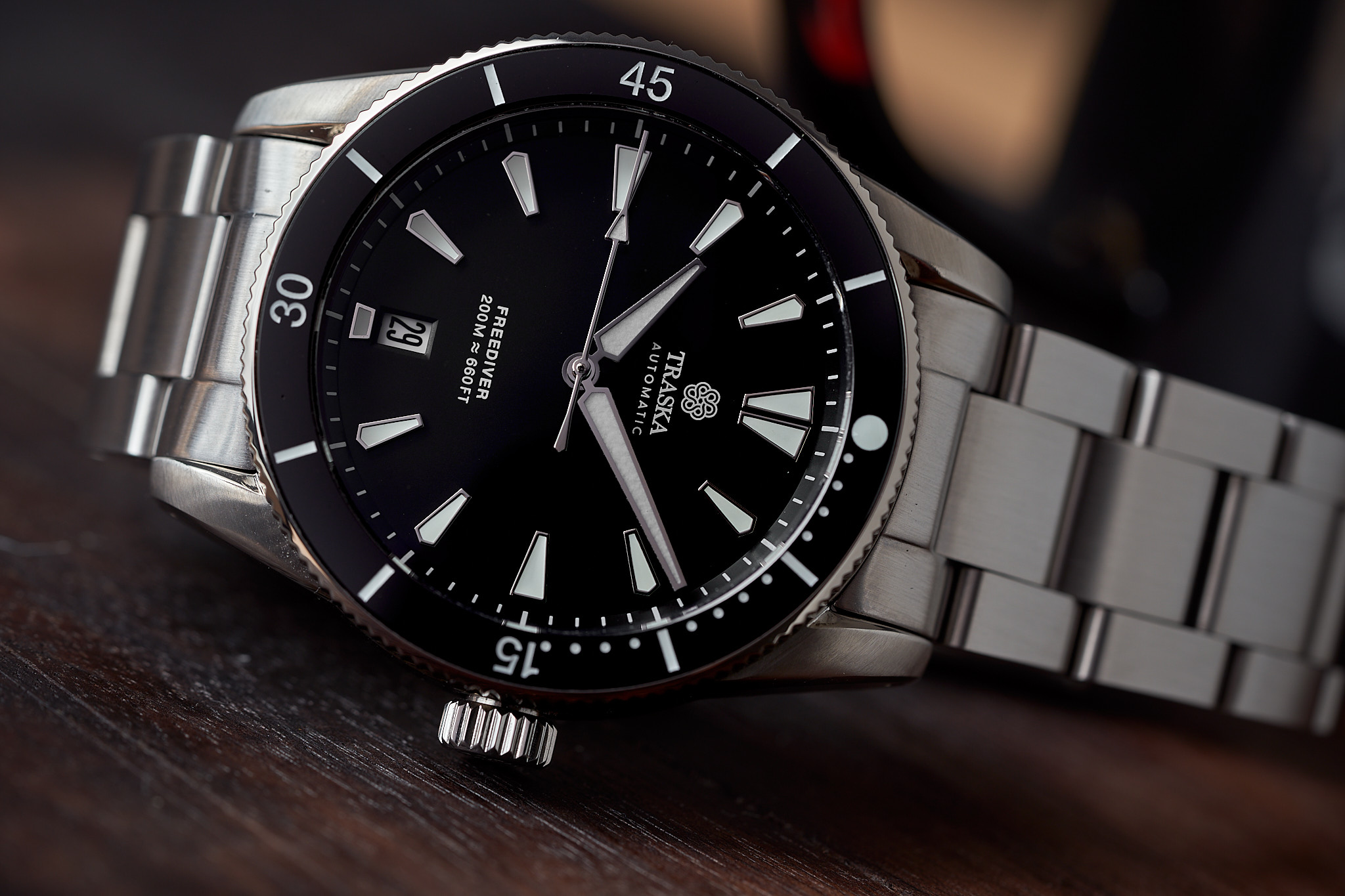 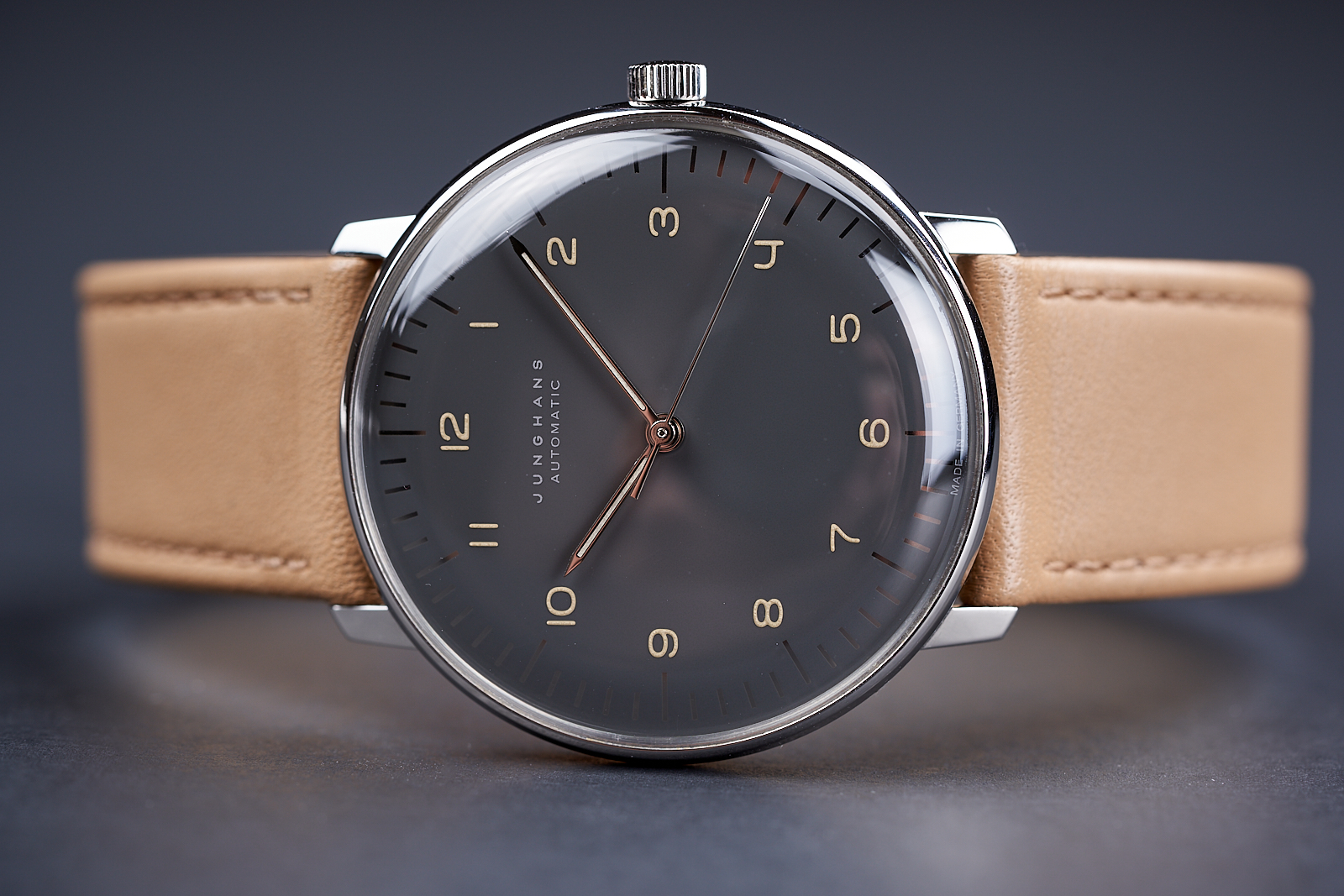 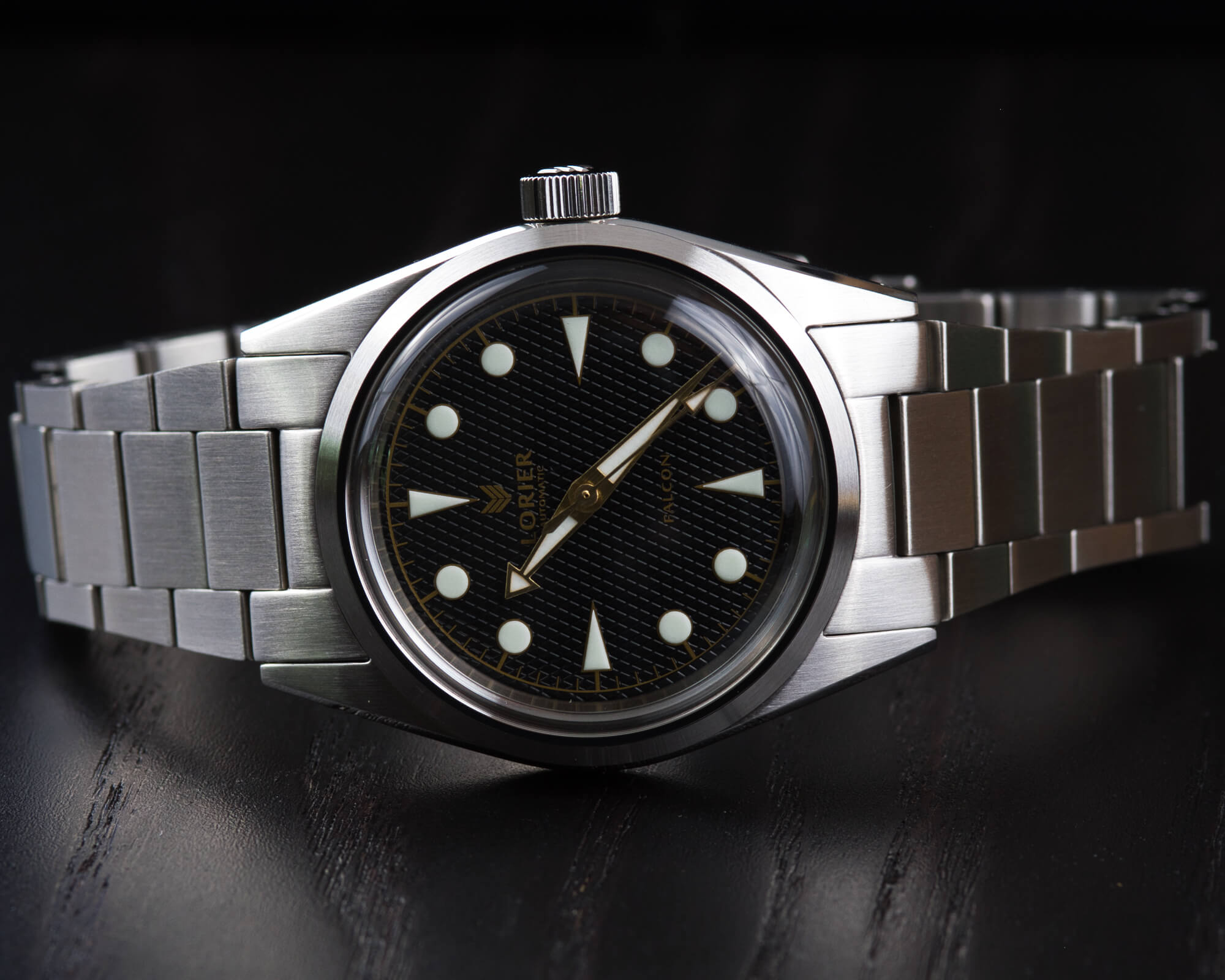 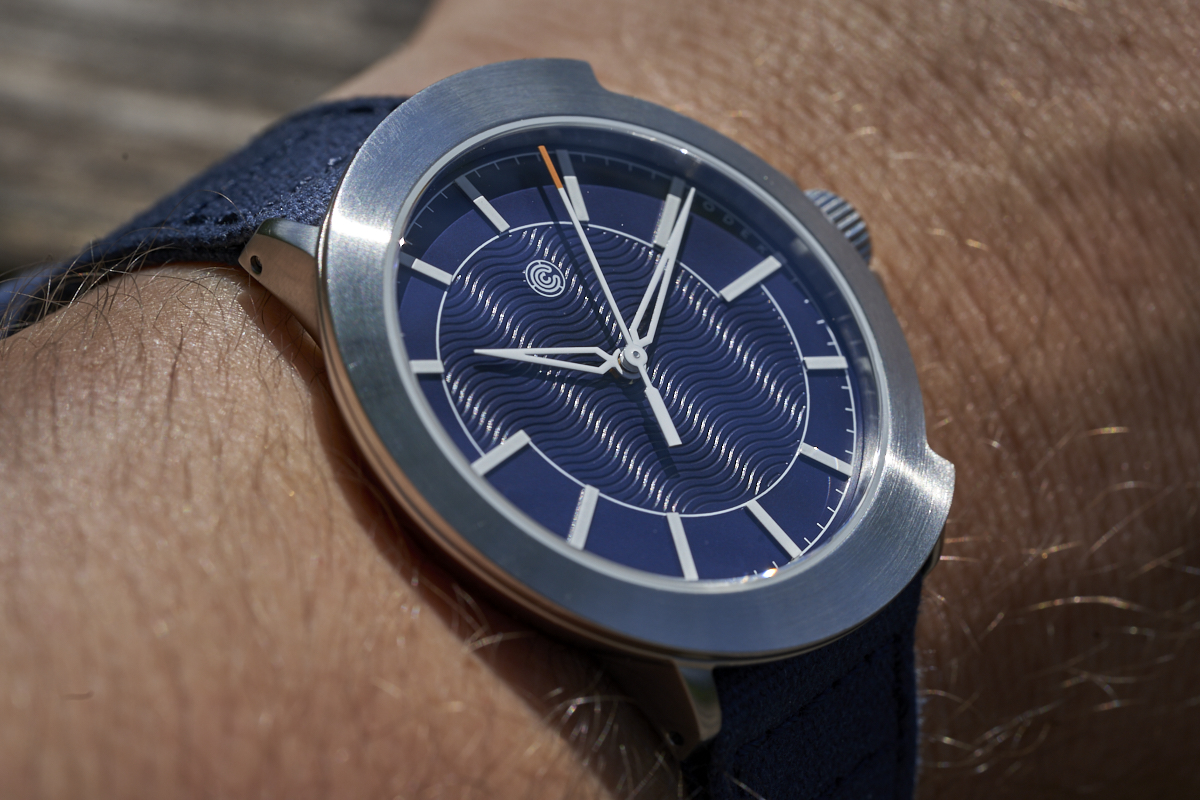 A risky design inspired by a watch's movement