Of course, to many (and to me, for a long time), “worldtimer” means “there’s a ring with 24 different cities on it, with a 24-hour scale that updates accordingly.” The layperson can be forgiven for believing that; Omega cannot. I’d even go so far as to say that Omega and other companies doing this are contributing to the average person believing that.

I’m not going to go into the full history because others have done so, but one might argue that this common conception of the worldtimer is exactly what Louis Cottier designed originally. That’s true, but relying on a historical definition of “worldtimer” is unfulfilling; worldtimer movements are now more complex, more useful, and do something specific. This is where Omega (and others) run into trouble. By the way, watch enthusiasts accept this kind of argument with GMT watches all the time: early GMT watches had a fourth hand that moved at half the speed of the hour hand, and the other time zone (often GMT) was set by the bezel. But, GMT movements have moved on as well and are more complex, more useful, and do something specific. Just notice the prevalence of the phrase true GMT. You know I’m right.

Here’s the thing, the Omega Aqua Terra Worldtimer cheats. It certainly does show 24 time zones referenced against a ring that shows 24 city names. It certainly does have a quickset 12h hand. But, Omega cheated by making the city ring fixed in place. That’s the gist here. The key to understanding how Omega cheated, though, lies in the details of the variations of multi-time zone watches that exist in the world.

One time zone: a basic three-hander

Let’s start from a simple three-hander watch. You, dear reader, are well aware of everything I’m going to lay out here; bear with me. It’s just a useful place to start. It’s useful to start here because any three-hand watch tracks one time zone (probably the one you, the wearer, are in). In general, the simple three-hander has a single 12-hour hand that rotates around the dial twice within a 24-hour period, and the indices on the dial reflect that 12-hour cycle (indexed with 12 at the top of the dial). Those are the basic elements of watch legibility— how you read the time.

Of course, reading a three-hander watch is only useful when it’s set. To set a watch, there are a few key components, and in a three-hander, these are mostly on the dial. Because of the 12-hour hand, 12 is as the top of the dial, and each hour index circles the dial (1, 2, 3, etc. through to 12). In other words, the watch is indexed for 12 hours. Obviously, also, this is a numeric scale. The numbers 1, 2, 3, etc. through 12 refer to hours. Some three-handers don’t have markers to visually denote the index, and even if they do, some aren’t numeric, but even in these cases, the standard three-hander is still indexed to a 12-hour numeric scale. The final key component is how one sets the time for a watch that’s indexed to a 12-hour numeric scale. Normally, that involves popping out the crown and turning both the hour and minute hands to set the time. In some higher-end movements (notably, Omega makes one of these watches), the hour hand can also be quickset, so you can quickly change which hour the hand is referring to (maybe because you’re traveling across time zones). These components — the scale, how the watch is indexed, and quicksetability — are all part of watch usability, how you use the watch. In a simple three-hander, the dial is essentially a fixed numeric scale, indexed to 12 at the top. This isn’t new information; many of us learned it in elementary school, but I’m just establishing the starting place here. Please, no questions at this time, I promise we’re getting somewhere.

In the GMT-style watches column, you’ll see that there are a bunch of ways to do this that are loosely all GMT-style approaches, which rely on some combination of adjusting the indexing of a numeric scale and adding a fourth hand that rotates around the dial once every 24 hours (24-hour hand). A key aspect of GMT-style approaches is the idea of local time versus reference time (or home time). That is, all of these approaches enable two different time zones to be tracked: the one you’re in, and another one1. You, dear reader, are likely most familiar with the styles of GMT shown in this column.

As I mentioned above, the common way people think about worldtimers (and the original Louis Cottier design in the 50s) is to replace the 24-hour hand which points to a single location on a 24-hour numeric index, with a 24-hour wheel that shows all 24 hours and a 24-city geographic index. Rather than a hand updating against a 24-hour numeric index, all 24 hours index to a 24-city geographic scale. If you do this in a one-to-one way, you’d end up with a local time being displayed on the 12-hour hand, and a 24-hour/city scale and index. This is how many pseudo-worldtimers work, basically replacing a 24-hour hand with a 24-hour wheel, and providing a 24-city geographic scale against which to index the 24-hour wheel. You can see variations of this approach in the Pseudo-worldtimer-style watches column.

What is a worldtimer?

By contrast, in modern worldtimers, the local time and reference time are one and the same. In other words, the movement is fully integrated, and everything is quickset-able simultaneously. For illustrative purposes, consider this example. I’m in the midwest in the US. At the time of this writing, it’s 1:43 pm. On a worldtimer, I might keep reference city position at 12 o’clock, for ease (some worldtimers give you a little arrow to draw your eye). Mexico City (or another city in Central time) would be at 12, the hour and minute hands would say 1:43, and the 24-hour wheel would be between 13 and 14 at the 12 o’clock position. Intuitive, right?

Now, for instance, if I were going to Eugene, OR for some unknown reason, once I landed, I’d want to quickly update the watch, right? I’d use the quickset function to update the hour hand two hours earlier (11:43am, imagine this is teleportation). The hour and minute hands would say 11:43, the city ring at the 12 o’clock position would jump to say Los Angeles (or some other city in the Pacific timezone), and the 24-hour wheel would jump to be between 11 and 12 at the 12 o’clock position.

This would all happen simultaneously, with no additional manual adjustment necessary. The quickset function does not change only the hour hand, or only the 24-hour hand/wheel. I wouldn’t have to then manually change the geographic scale to line up with the 24-hour scale. The movement is wholly integrated. It’s not local time and reference time, it’s every time, all the time. That is what makes a worldtimer movement.

The conceit of this post is that the Omega Aqua Terra Worldtimer is bad and Omega should feel bad. The crux of the reason why is exactly because the Omega Aqua Terra Worldtimer isn’t a worldtimer. It’s a flyer pseudo-worldtimer that cheats by fixing the 24-city ring. Functionally speaking, Omega basically put a very pretty dial and a 24-hour wheel instead of a 24-hour hand on their flyer GMT movement (of course, I don’t know for sure that the movements are the same, but functionally they are). In a $8,000 watch. That they call a “worldtimer”. Here’s the thing: if Omega were doing a real worldtimer at $8,000, I’d be the first one to go to the mats! But they aren’t, they’re doing a basically a flyer GMT pseudo-worldtimer.

So should most everyone else

Importantly, Omega isn’t the only one doing this! Nearly everyone, from Christopher Ward to Farer to Junghans to Longines to Frédérique Constant (to name a few), is doing some form of a GMT movement pseudo-worldtimer. It’s not that you can’t read 24 different time zone’s times from these other watches; obviously you can. It’s that the movement isn’t as usable. It’s more fiddly to get the functionality you want. A worldtimer fully integrates the functionality into the movement, rather than cheating/hacking parts of how the system works. It would be like Apple saying, “Yes, you definitely can fully sync your iPhone photo library to your computer, but you have to manually drag and drop monthly sets of photos; we can’t do that part for you.” Sure, it’s technically syncing, but it’s not a good experience. That’s mostly what I’m here today to say: the user experience of watches is important, and a GMT vs. a pseudo-worldtimer vs. a worldtimer is a perfect example. We, as watch enthusiasts and consumers, shouldn’t stand for companies framing something as better than it is and mischaracterizing how something actually works.

Anyhow, thanks for coming on this journey with me, y’all. Watches are fun. Buy what you like!

About the Author Jake 2 posts
Jake, professionally, is an assistant professor who studies humans and computers and the intersection there. He’s also a Midwesterner through and through. In his personal life, he enjoys the simplicity of analog things. That’s not an aesthetic thing, just an opportunity to be more intentional and focused in the moment throughout the day. Watches are for fun, not for status.
[email protected]

Prev
Podcast – The Pilot’s Watch: What Even Is It? 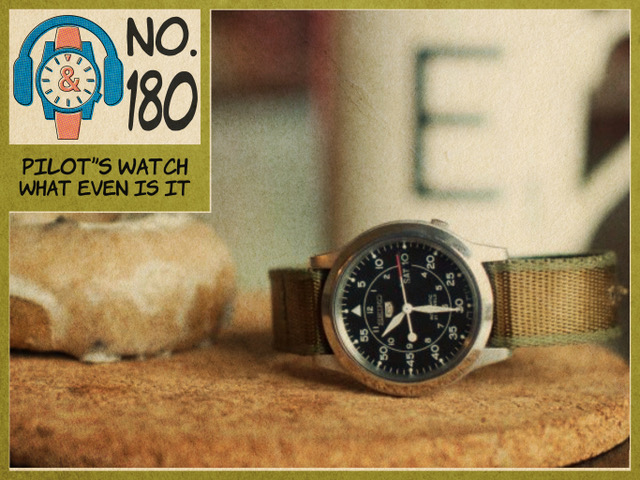 Podcast – The Pilot’s Watch: What Even Is It?

We discuss the so called “pilot watch” 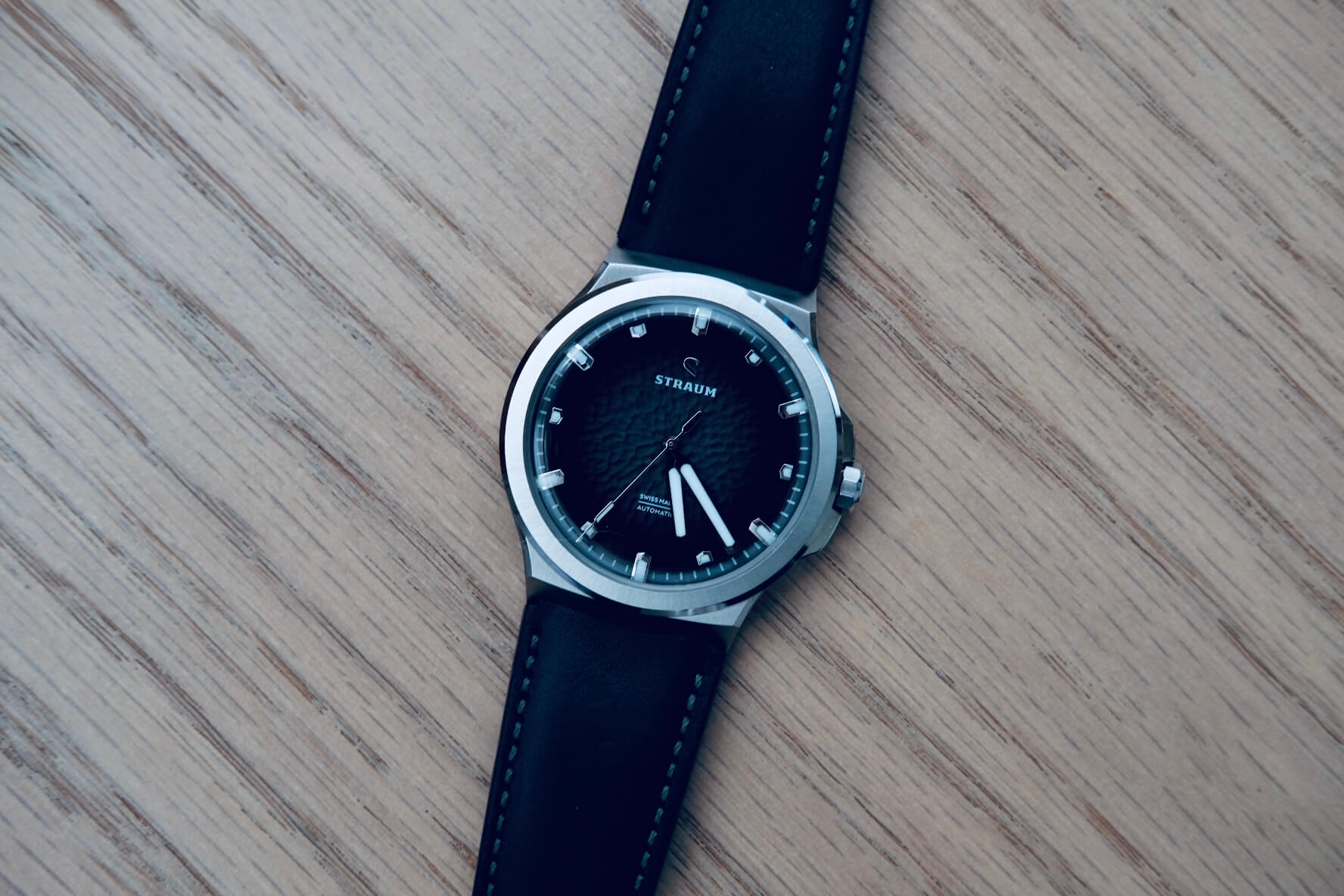 The Norwegian take on the classic sports watch 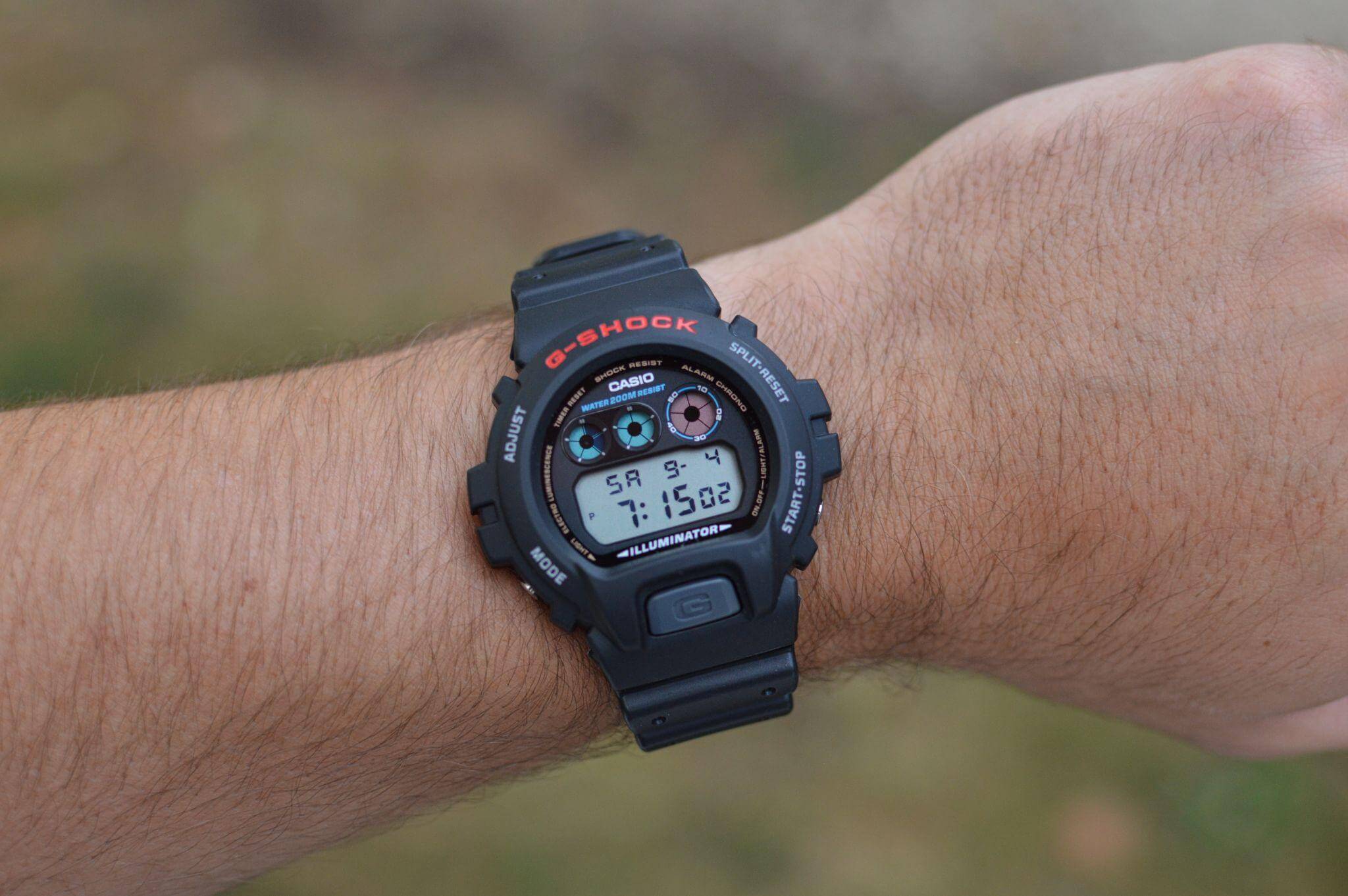 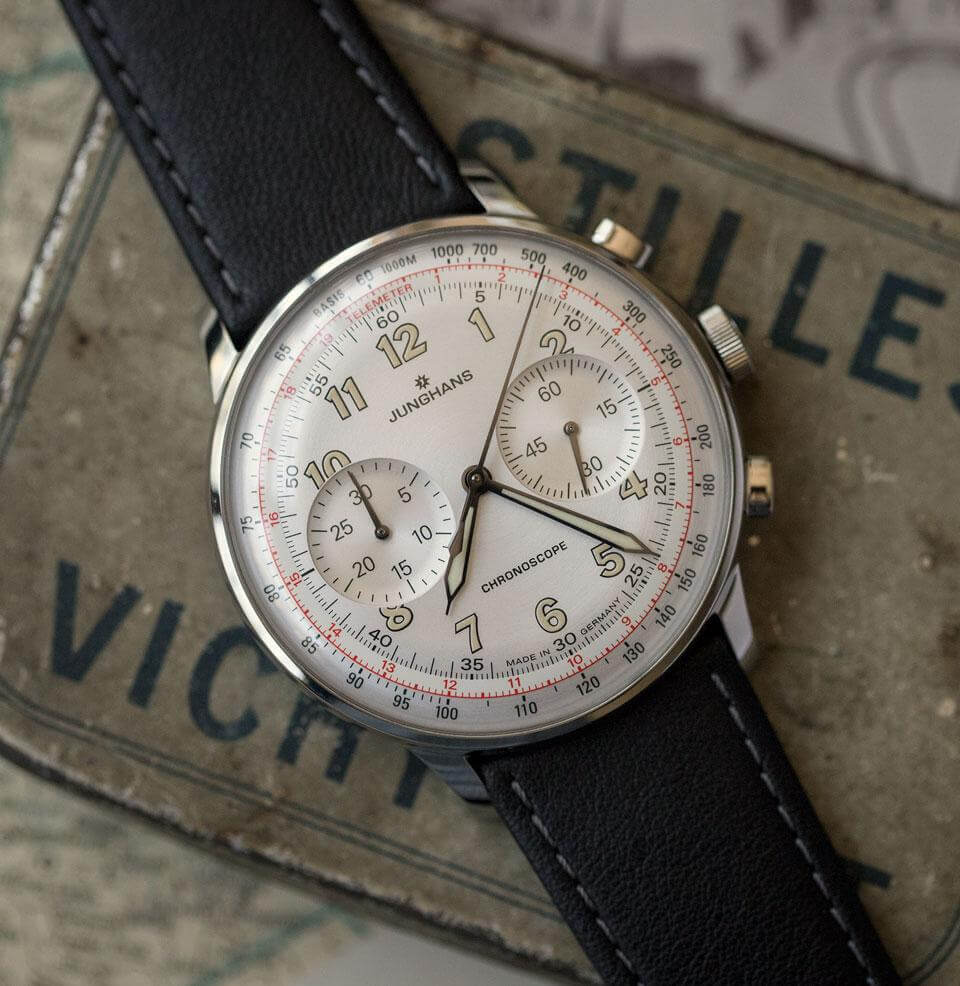 A lot of watches have numeric scales on their dials, but we need them? 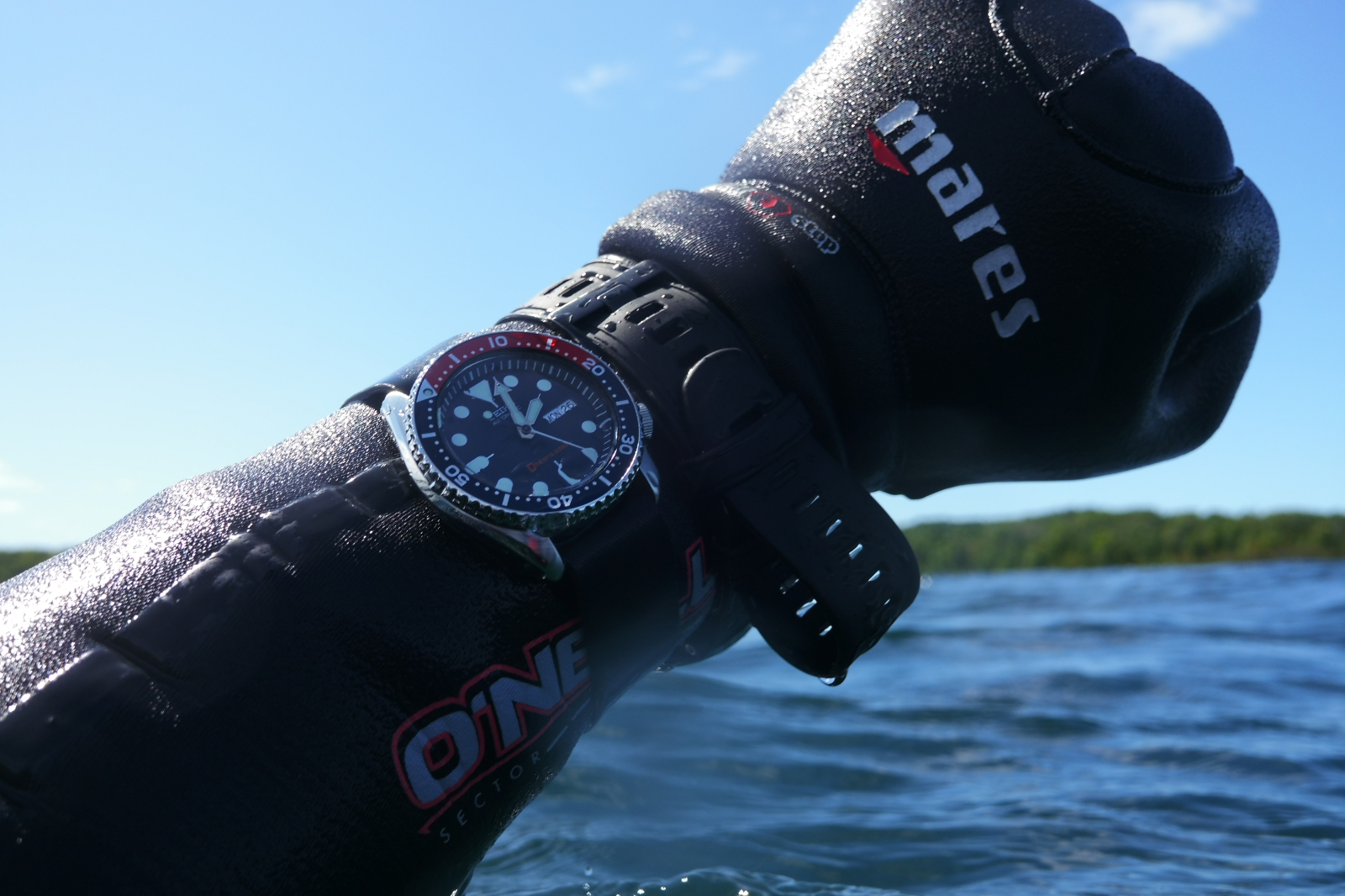 Is the Seiko SKX a Serviceable Dive Watch?

Our resident diver takes the SKX through its paces 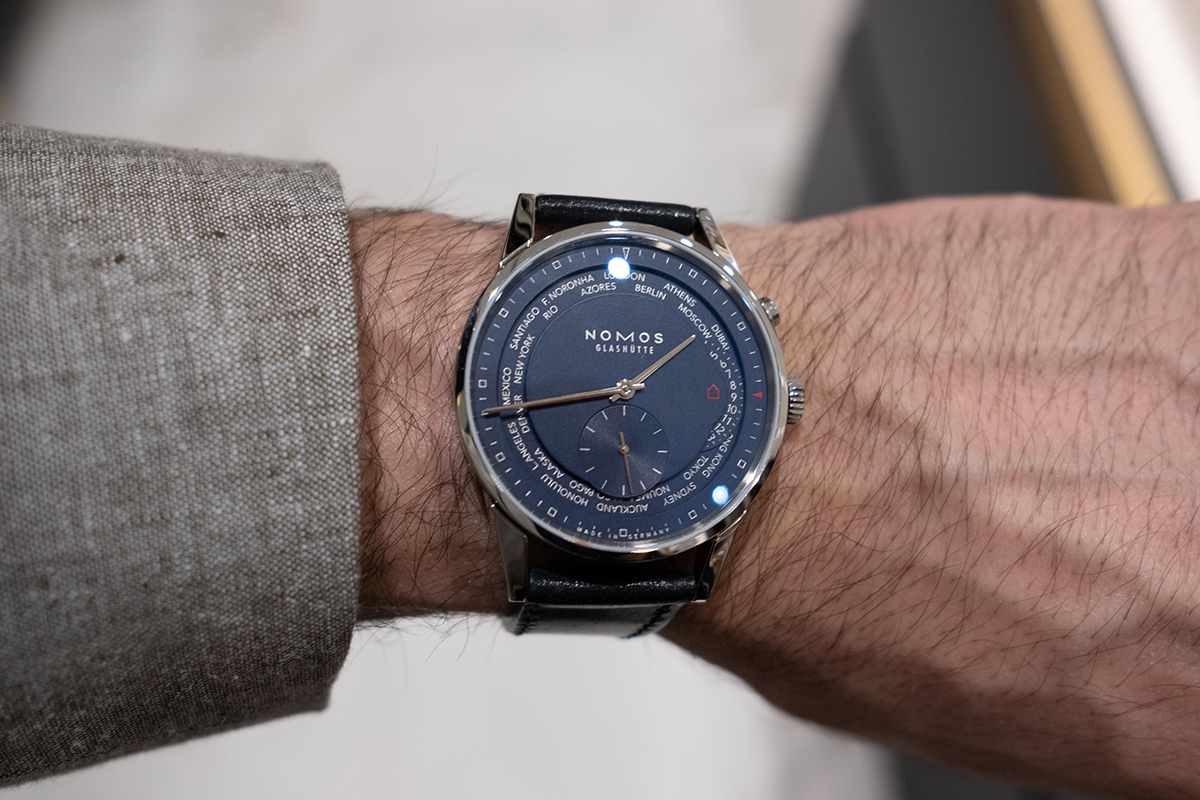