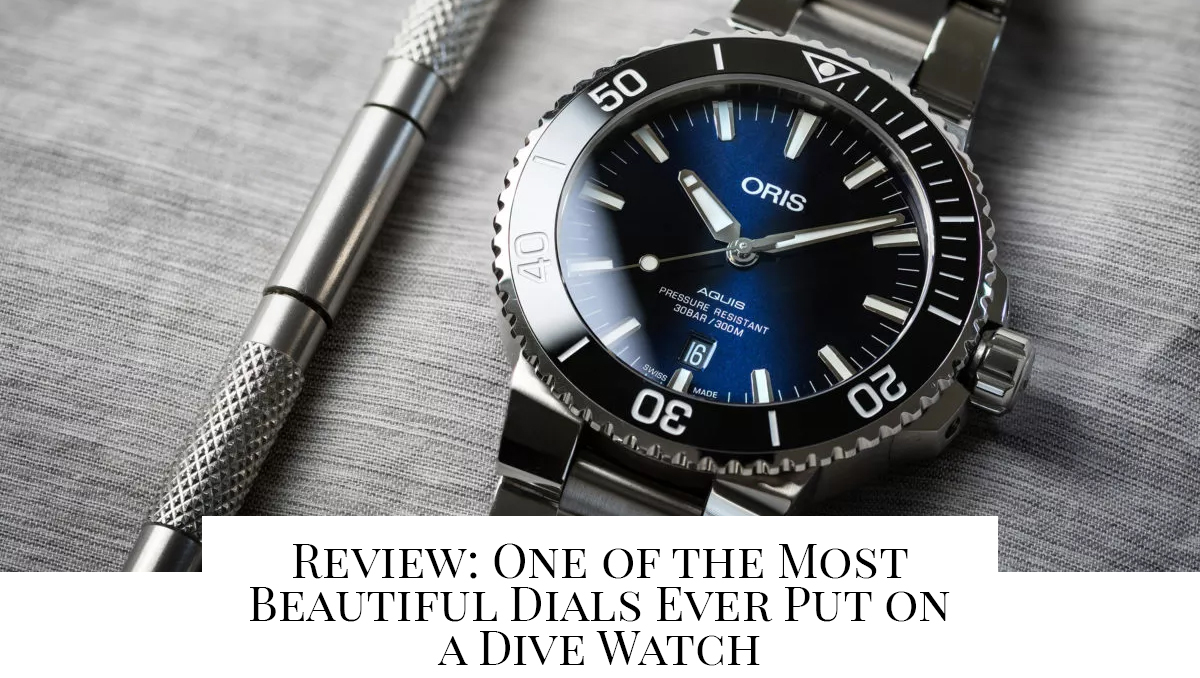 Oris will always hold a special place in my heart. The Oris Aquis was the first watch that was ever gifted to me. My wife bought it for me shortly before we got engaged. It was a watch I had been saving up for, but when some unforeseen circumstances forced me to abandon the watch fund, she surprised me a few months later with the watch. Some of the best watches a person will own are those with stories behind them. The Aquis is one of those watches for me.

There is a lot to like about the Aquis. A purpose-built dive watch with handsome looks, Swiss Made by an independent brand and for well under $2,000. While Oris has watches across multiple price ranges, the Aquis seems to fall in the middle. With that said, the fit and finish on the Aquis is top notch and rivals watches that cost twice as much. One of my favorite details on the Aquis are the crown guards. They are not a simple extrusion of the case, but rather screwed on. It gives the Aquis a utilitarian look that should be on more tool watches.

The Aquis comes in many different dial variations and sizes. This version is what is commonly known as the “2017 version” with a 43.5mm sunburst blue dial. Oris changed the handset and face of the watch slightly from earlier versions. In early 2018 Oris launched a 39.5mm dial variation after many requests from fans of the watch. The only downside to this watch is the integrated lugs/bracelet. The first link of the bracelet is integrated into the watch head so using traditional aftermarket straps is not an option. Custom made or Oris sourced straps specifically made for the Aquis are the only way to change out the bracelet. Other than that, it is nearly perfect. 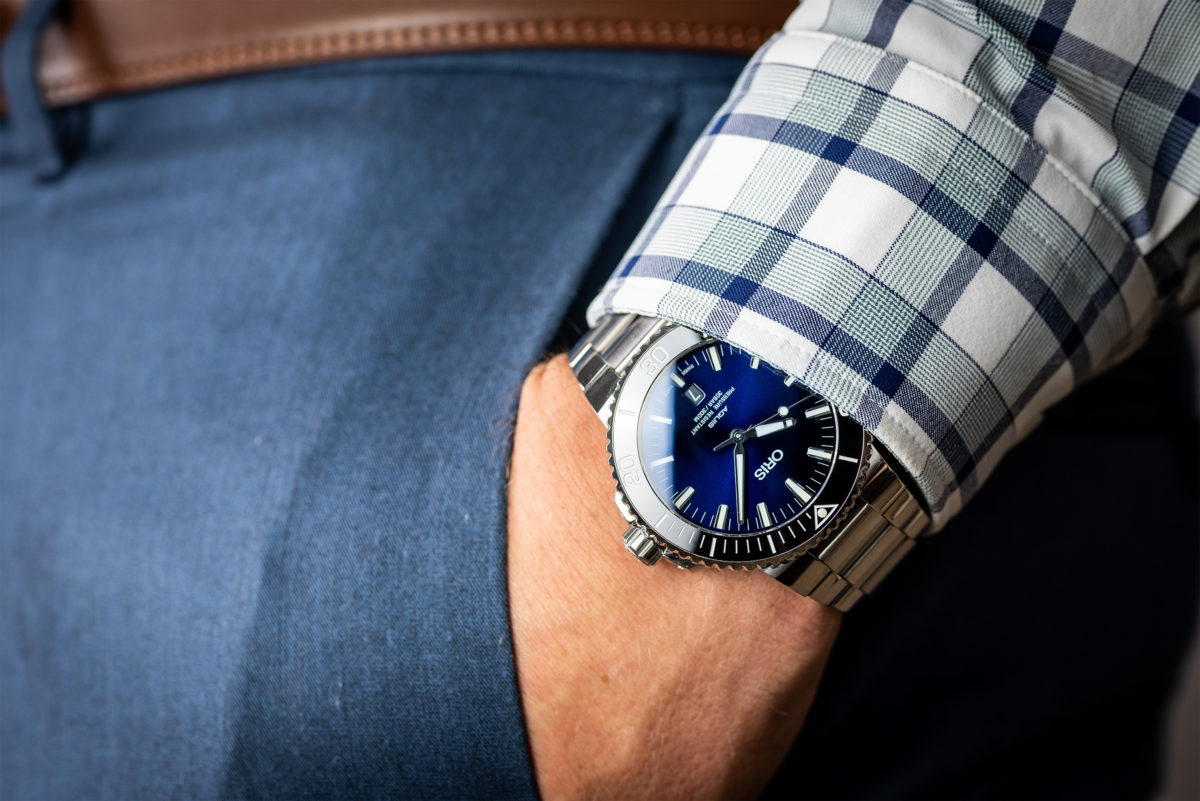 The Aquis has a 43.5mm case diameter with a 49mm lug-to-lug length. However, those dimensions are deceiving because of the integrated bracelet, it wears a little smaller. On my 6.75-inch wrist, it fits perfectly and never feels too large. Seiko watches are usually touted for having “tricky dimensions.” What appears large on paper changes when the wearer puts the watch on their wrist. The Aquis falls into that category. I’ve had a lot of people ask me if this was the 39.5mm version because of how much smaller it wears.

Blue is the new Black

The blue sunburst dial is what originally got me hooked on the Aquis. The blue dial is highly pronounced in Oris’ press images but the effect is subtler in person. Some may see this as a downside, but I love the effect. The blue in sunlight and other direct light shines brightly with amazing shades of blue. When the light is dim, or the watch is viewed from extreme angles, the dial fades to black. Personally, I love this effect as it allows the Aquis to blend in when being worn in dressier occasions. If anyone happens to notice the watch, you will have a nice party trick up your sleeve when you show them the dial. 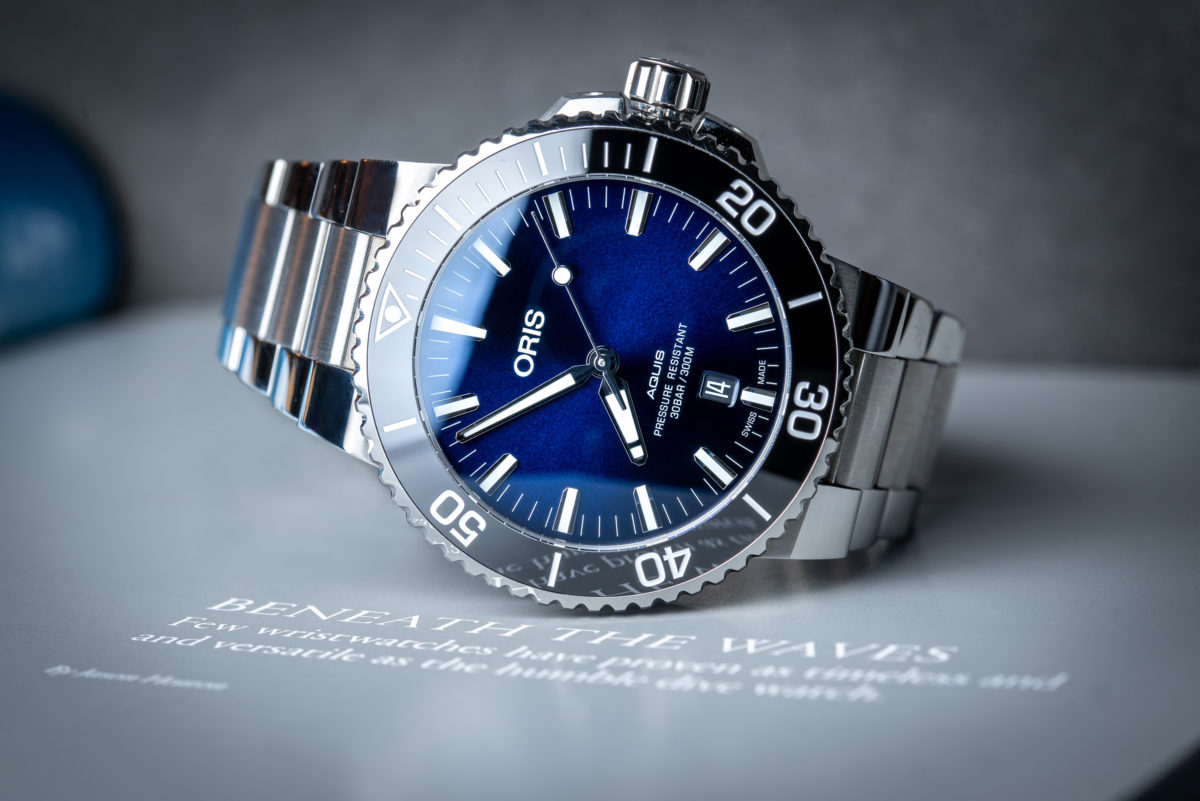 All in all, the Aquis is a great “Go Anywhere Do Anything” watch. More than enough water resistance, a screw down crown, timing bezel and a great bracelet/clasp with dive extension give you a ton of options for using this watch on the go. The Aquis will have no problems being worn hiking, diving and then being taken to a black-tie event. Wash the dirt off before you get dressed up and you have a watch that will impress even those with the most discerning taste in watches.

More images of the Oris Aquis 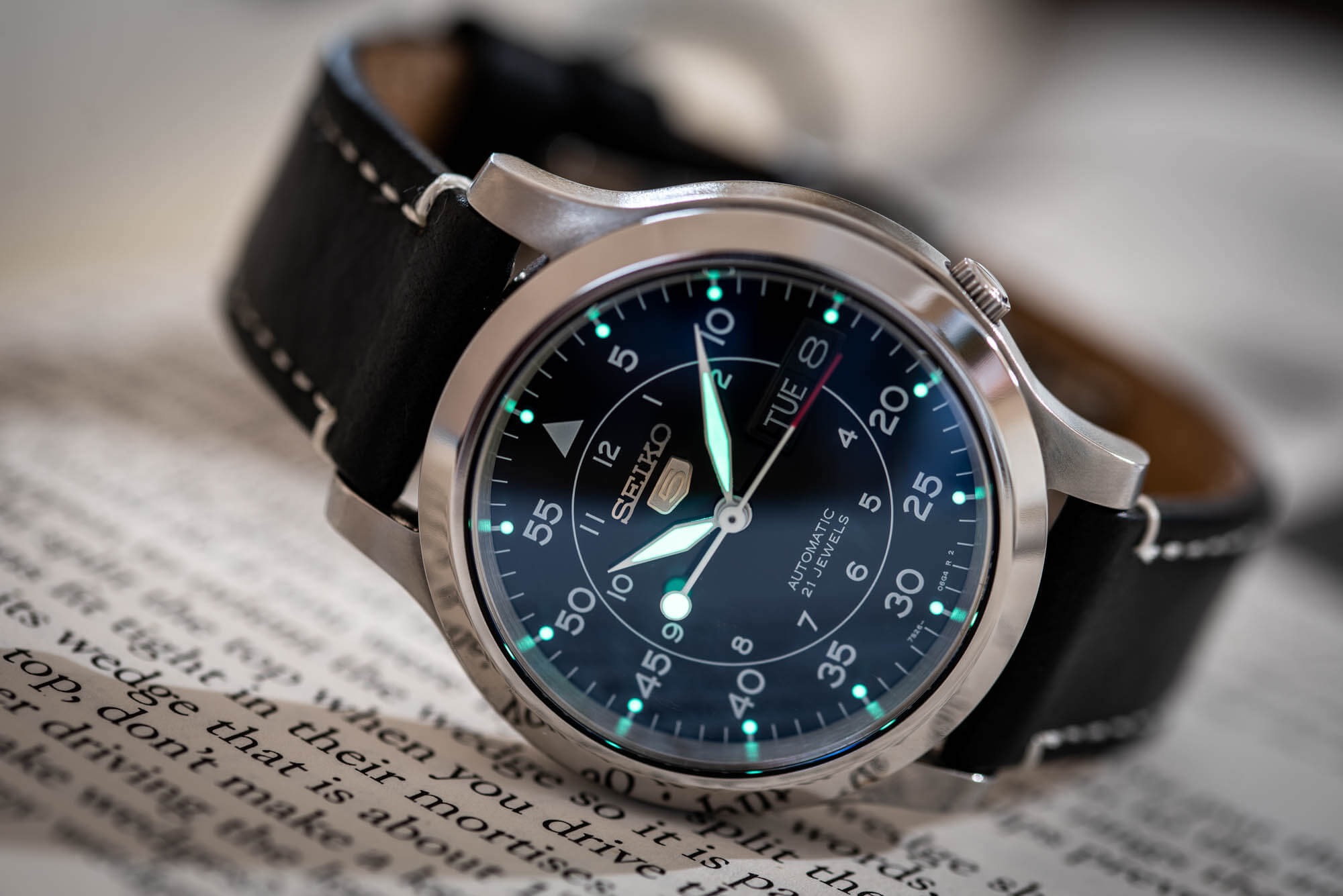