Norqain has been busy since I reviewed the Adventure Sport DLC last year (review here). They are now prominently featured in ADs such as Torneau. They’ve also partnered with movement manufacturer Kenissi (founded by Tudor) to create new movements for their watches.

With all this movement upward, their core collection remains intact. The Norqain Freedom 60 Chrono is at the center of their core collection and after spending some time with it, it’s easy to see why. Every sport watch manufacturer needs a solid chronograph to round out its offerings and Norqain has spent some time making sure this one is a hit.

Wrist presence was the first thing that came to mind when I first put the Norqain Freedom 60 Chrono on. It’s a large watch in almost every way, but it wears it well. Where some larger watches have too much negative space on the dial or the proportions don’t quite match up, the Freedom 60 Chrono doesn’t have these problems.

The lugs are long, but they curve down enough so the watch doesn’t sit too flat on the wrist. It also manages to take the lug-to-lug of approximately 51mm and scale it down so it can wear a little smaller. With that said, the Freedom 60 Chrono is right at the edge of what I would consider a good fit for my wrist size of 6.75”. If you’re dipping below that measurement you may find the lugs extend past your wrist.

Stepping back from the dimensions of the Freedom 60 Chrono and focusing on how it looks on the wrist, you will find that it is an elegant sports watch. The polished fixed bezel and lugs, combined with the domed crystal, create a dramatic look. It looks like a watch that could fit in easily in the boardroom and make a clean transition to jeans and a T-shirt on the weekend.

Despite having a busy dial (as most chronographs can have), the Freedom 60 Chrono is easily readable. The polished syringe hands contrast well against both the black main dial and white subdials. When they catch the light, they pop off the dial in a pleasing way. There is a lot of polish on the dial, but the hands never seem to get lost among it all.

As I mentioned above, the Freedom 60 Chrono’s dial is busy, but care has been put into the design of it. Applied, polished markers surround the dial and only the 3, 6, and 9 o’clock markers are cut off from the subdials, maintaining the dial’s symmetry. The only real break from the symmetry is the date window at 4:30. However, the black date wheel helps it blend into the dial and while I am not a huge fan of 4:30 date windows, it’s as well executed here as it can be.

The white subdials are the star of the show on the Freedom 60 Chrono. Each subdial has its own depth as they step down from the outer part of the subdial to the inner part where the numerals are printed. Concentric rings are also present in the subdials, making them appear silver at times. The high contrast also makes them extremely legible.

When looking at the dial straight on, some of the busyness from the tachymeter scale fades away thanks to the domed crystal. The numerals can hide under the curvature of the dome but easily pop back into view when the wearer tilts the wrist.

Norqain kept the rest of the dial text to a minimum with only their applied logo featured at 12 o’clock, Automatic above the 6 o’clock subdial, and Swiss Made below it.

Aged lume is utilized on the Freedom 60 Chrono but it is done tastefully. There is a minimal amount of it applied by the hour markers and inside the hands. It adds more of a complementing color instead of trying to fake its age.

The 43mm case of the Norqain Freedom 60 Chrono has some heft to it. At 15mm, there’s no denying the case is thick. However, you will be hard-pressed to find an automatic chronograph with a thin case. As I mentioned previously, the Freedom 60 Chrono wears that thickness well. Thankfully, it is not slab-sided and there is enough going on to break up the perceived thickness. The beveled, polished bezel and domed crystal help break up the lines of the case.

Norqain has done a great job on the finishing of the Freedom 60 Chrono. The polishing is consistent and present in all the right places. The sides of the case are vertically brushed so there is some brushing to keep it from becoming a scratch magnet. Norqain’s signature name plate is on the left side of the case and comes with their name on it unless you opt for custom engraving.

I don’t normally discuss movements in a lot of detail but considering this is the first ETA 7753 I’ve run across in a review piece and one that isn’t seen every day, I thought it was worth discussing. If you’re familiar with the ETA/Valjoux 7750 then you have essentially seen this movement before. The main differences here are the subdial location and how the date is set.

The standard subdial layout on the 7750 is 6, 9, and 12 while the 7753 is 3, 6, and 9. Not a huge difference there, but the date setting mechanism is. The date on the 7750 is set using the method we’re all familiar with, via the crown. The 7753 uses a pusher on the side of the case at 10 o’clock. If you’re not looking for it, you likely won’t notice it as it sits flush with the case. I will admit that I had some fun setting the date using this method.

One gripe I do have is the rotor noise. I found it to be rather loud if I flicked my wrist or moved quickly.  I am not familiar enough with 7750/7753 movements to say if this is common, but it was something I noticed. With that said, if you’re familiar with the rotor noise from a Miyota movement, you will find this is quieter than that.

Norqain does offer a bracelet for the Freedom 60 Chrono, but the version I reviewed came on their leather strap. I disliked the strap included with the Adventure Sport DLC I previously reviewed and am thankful to say that this strap is exponentially better. It is supple and conformed to my wrist easily. Two thumbs up for this strap, Norqain. The clasp also plays a small role in the comfort here; it allows the strap to sit flat against the bottom of the wrist due to its design. I wish I could get this clasp on other watches.

When you’re looking for an automatic chronograph, the options are almost limitless especially if your budget goes up to watches including the Norqain Freedom 60 Chrono. You’re entering Omega Speedmaster (not automatic) territory which will certainly make the decision hard for many consumers. When I start my reviews, I ask myself, “Would I buy this watch?” I won’t say what my answers are for every watch, but in the case of the Freedom 60 Chrono the answer is yes.

This watch hits a lot of the wants I would want out of an automatic chronograph — the sportiness, brushing and polishing mixture, and panda dial. When I wrote my review of the Adventure Sport DLC, Norqain was still a bit of a wildcard, but they have managed to leap onto the main stage and are offering a premium product at a price that is consistent with the rest of the market in this segment. If you’re looking for something a little different, the Norqain Freedom 60 Chrono might be the watch for you.

Check out more Norqain reviews from The Watch Clicker 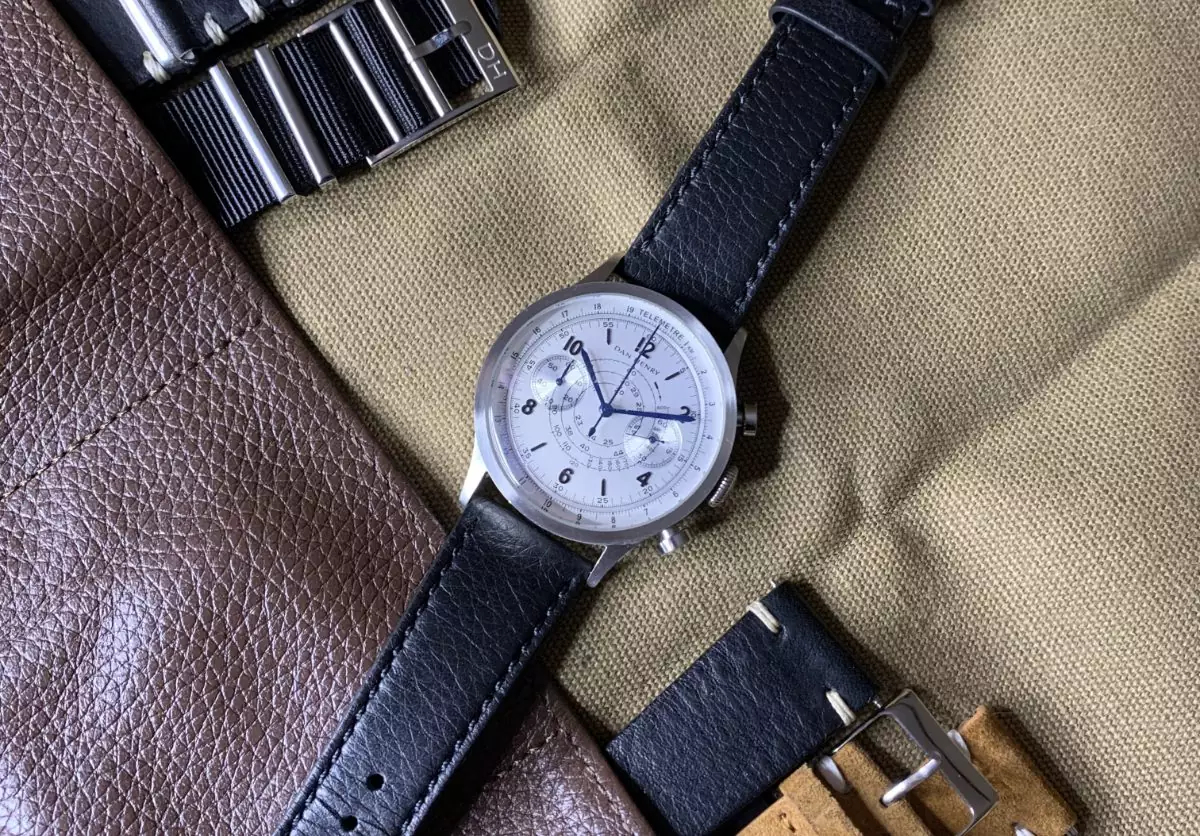