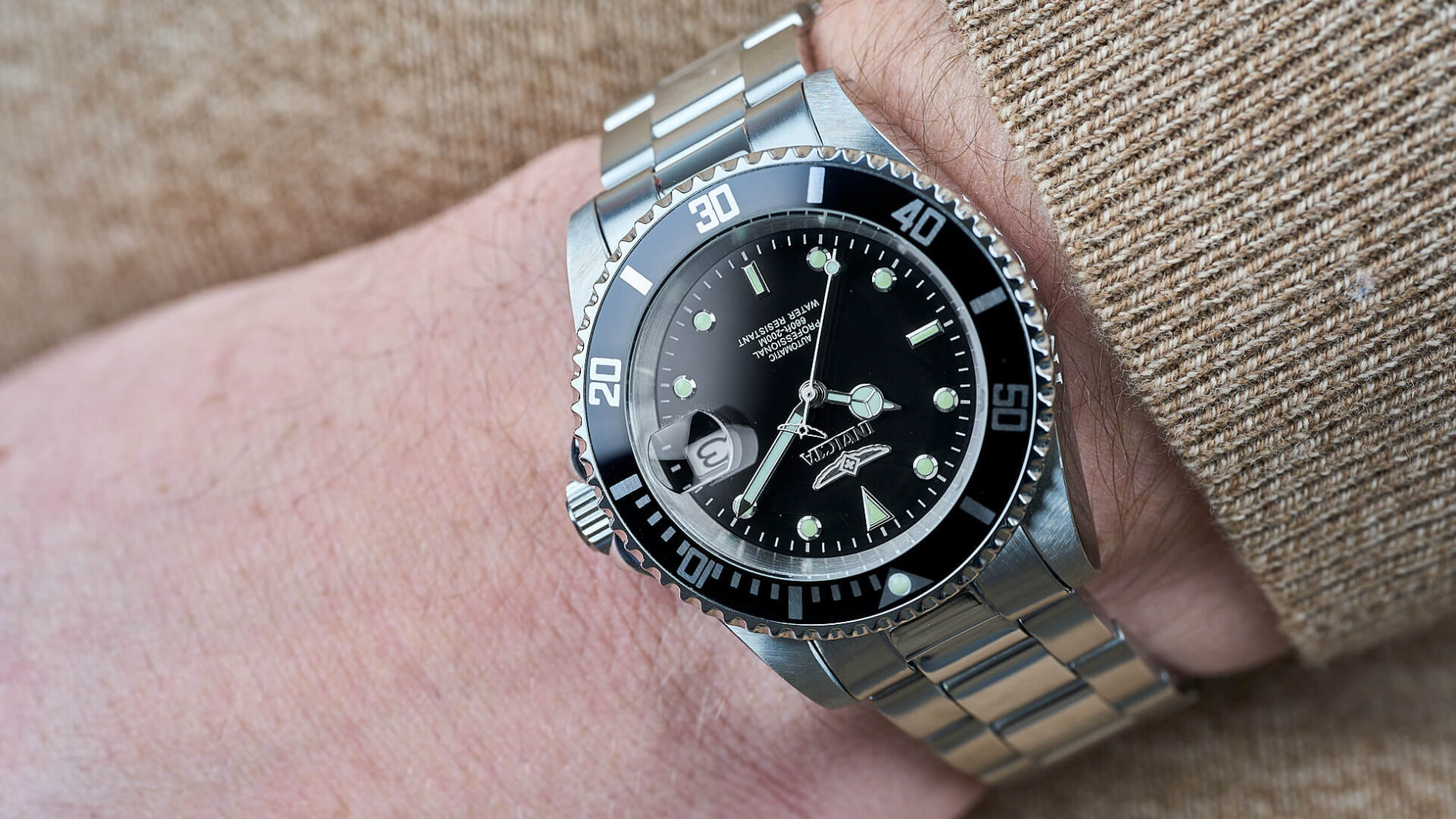 If you want to raise the blood pressure of a group of watch enthusiasts, mention the Invicta Pro Diver. It is hard to think of a more polarizing watch than the Pro Diver. The majority of watch enthusiasts will either be indifferent towards the watch or loathe it entirely. Outside of the watch community, most other people know Invicta from TV shopping channels and cruises. The brand is often featured with insane discounts off the manufacturer’s suggested retail price (MSRP). The Pro Diver is no exception.

In this review, we’re going to look at the watch objectively as any other watch would be reviewed. However, there is no denying the polarizing effect this watch has and that phenomenon also deserves a look. Let’s dive in.

The Invicta Pro Diver can be boiled down to an homage of the Rolex Submariner. The overall design of the dial, handset, case, and bracelet undeniably take after the classic diver. There are plenty of people who have never tried on a Rolex Submariner so the similarities between the two watches are likely to be overlooked. The Pro Diver, if nothing else, is comfortable to wear all day. The Pro Diver comes in at 40mm wide, 48mm lug-to-lug, and 14mm thick. That is about as middle-of-the-road as you can get with a 200m diver.

Even though the Pro Diver is thicker than a comparable Rolex Submariner case (~13mm), the general shape of the case keeps it comfortable. The case is relatively flat but has a subtle turndown in the lugs that will help the watch conform to all but the smallest wrists. However, the caseback bumps out significantly so the watch can stand tall on the wrist. If Invicta were to use a slimmer movement, they could slim down the case by a millimeter or two and make this an even more comfortable watch.

The bottom line with the Pro Diver is that it is exactly what you would expect in terms of comfort and wearability. It doesn’t wear too large and the bracelet is mostly serviceable. Invicta created a watch that is usable for its intended purpose and built surprisingly well for a watch that can often be had for under $100. Because of the affordable nature of this watch, certain sacrifices were made to keep that cost down but I have no problem saying that this is built better than most $350 microbrand dive watches.

Do People Actually Hate this Watch?

Before I get into the dial, case, and bracelet of the Pro Diver, I wanted to discuss the vast differences in opinions the Pro Diver brings to the table. On the surface, the flack the Pro Diver gets can be boiled down to its similarity to the Rolex Submariner. With that said, Invicta isn’t the first and certainly won’t be the last to create an homage to the Submariner.

I remember the first time I saw a Pro Diver on the wrist of someone else; I was at a conference for work. I ended up talking to the individual wearing it and asked him about it. He said it was the only automatic watch he has ever bought and would buy another one if it broke. When this conversation took place about 3 years ago, he had owned the watch for 5 years. The reason I noticed the watch was because, at a quick glance, I thought it was a Submariner. There are two things at play in this quick anecdote. The wearer liked his watch enough to buy another if it were to break and even to someone who is well-versed in watches, the Pro Diver can resemble a Submariner. The latter is likely why the Pro Diver is disliked by so many.

But is it really a hated watch? I assumed it was before having one in my hand and posting photos of it during the course of this review. I’m starting to wonder if the hatred for the Pro Diver is just hive mentality or a snowball that compounded over time and has just become an online urban legend. Most people who reacted to the photos I was posting of the Pro Diver said they loved their Pro Diver or they didn’t get why people disliked it. Few actually said they disliked it.

Where I found the disdain actually lies was around Invicta and some of their business practices. The MSRP discounting seems to be the biggest offender. The Pro Diver for example, retails for $315 but is consistently on sale for $75 or less. Many other Invicta watches carry even deeper discounts including ludicrous discounts I’ve seen on cruises and home shopping networks. If you remove this obvious marketing effort from the equation, their watches are priced well and can often be bargains for what you’re getting.

The fact that Invicta is able to offer a stainless steel watch with a Seiko NH movement, a bracelet, rotating bezel, screw-down crown, and 200 meters of water resistance for $75 (or less) is insane. The main driver for this is that Invicta has the power of a huge supply chain network and is able to deliver a solid watch for a small price. Love them or hate them, the brand knows how to assemble a robust watch for not a lot of money. It sometimes makes you wonder if they understand this concept better than Seiko.

Back to our main event.

Before seeing the Pro Diver for the first time, I was surprised to learn it has applied markers. The markers are on the small side which gives the dial a bit of an unbalanced appearance. They should be larger to better fill the dial. What does stand out on the dial is the applied logo. The Invicta wings and name at 12 o’clock stretch from the 11 o’clock to 1 o’clock markers and almost take up the entirety of the space between the 12 o’clock marker and hand stack. The text at 6 o’clock is what you would expect from a Submariner homage in that it has 4 lines of text with mostly useless information.

A love-it-or-hate-it date window with a cyclops is at 3 o’clock. While cyclops windows don’t fit into my personal tastes, this one is well-executed. It magnifies the date enough to make it legible at a cursory glance and doesn’t obstruct anything else.

A Mercedes handset with the signature Invicta wing counter balance on the seconds hand sweeps around the dial. The hands and markers are all lume-filled and the lume application is decent. I’ve seen less lume applied (and more sloppily) on more expensive watches. The lume glows brightly on its initial bloom but does not last long.

What surprised me most in the execution of the Pro Diver was the bezel action. The teeth on the bezel are grippy despite being entirely polished, and the 120 clicks were all snappy and torqued just right. There is a bit of backplay but for a $75 watch, I really can’t complain that much. It should also be noted that the bezel was perfectly aligned.

The case is where the Pro Diver starts to show Invicta’s cost cutting. The brushing and polishing on the case are just good, not great. The polished sides of the case have a slight ripply effect, but it is something that wouldn’t be noticed during normal wear. The polishing on the left side of the case is broken up by the Invicta text etched into the case. I’ve heard this is possible to remove and if I were keeping this watch, I would be doing exactly that. It is unnecessary and an eyesore.

Where things come apart is the transition from the lugs to the bracelet. The brushing does not match at all and once it is noticed, it is quite jarring. It looks like the bracelet was sourced from a completely different watch, which is possible given Invicta’s catalogue. The endlinks were also a poor fit to the case and one endlink had significant play. The endlinks are hollow so this could probably be corrected with a few tweaks to them.

The bracelet itself isn’t too shabby if you take the finishing and endlink fitment out of the equation. The links are easily adjustable and articulate well enough to be comfortable all day. I would have liked to see Invicta do an all-brushed bracelet instead of the polished center links. They are scratch magnets and quickly make the Pro Diver look beat up. Given the case design of the Pro Diver, an aftermarket bracelet of any style could probably be quickly fitted. The stamped and signed clasp has 4 microadjust positions and was secure enough to not cause any concerns.

The Pro Diver isn’t for me. It is objectively a wonderful watch, but the Submariner homage is a watch I don’t need in my collection. That said, it is a watch I will and have recommended to others. It is one of the best ways to get an automatic watch you can do practically anything with and based on others’ experiences with it, it should last for years. The Pro Diver is also an excellent watch to recommend to those looking for their first automatic. Because it is recognizable as a Submariner homage, it may feel familiar to many and be less daunting than other automatics. It is easy to operate and reliable.

It is also a watch that has everything required to be a commercially successful watch: a monochromatic color scheme, a date complication, a bracelet, and an exhibition caseback. Outside of the enthusiast watch community, these are features commonly sought after by those browsing the display case at Macy’s. It is not hard to see why the Pro Diver has staying power and why Invicta keeps it in their catalogue.

Aside from a few small quirks, most of which could be easily fixed by the owner of the watch, the Pro Diver is one of the best-bang-for-the-buck watches, period. As I mentioned before, you’re getting a lot of watch for $75. If you’re willing to wait, they often can be had cheaper. The example purchased for this review cost $58 to my door. When it comes to automatic watches, I can’t think of anything more fun for so cheap.

Check out more Invicta reviews at The Watch Clicker 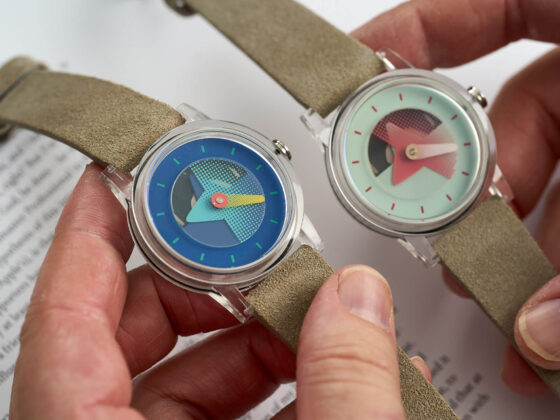 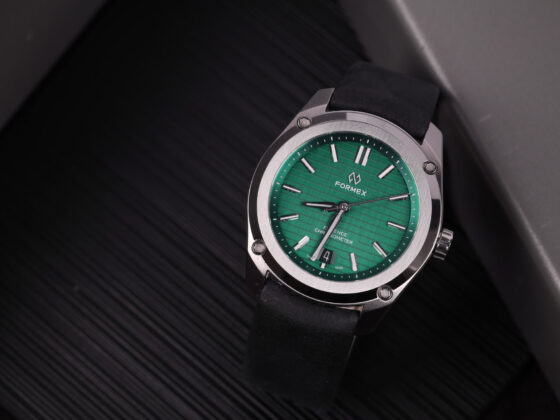