Mechanical chronographs are starting to pop up from more microbrands as faith in the Seagull ST19 movement strengthens. The movement seemed to be avoided by most brands and was relegated to Seagull’s own 1963 watch. That has changed as brands such as EMG, Geckota. and now Heitis are confident in the movement and have started to create robust mechanical chronographs using the Seagull ST19.

In this review, I make a few comparisons to other watches that use the Seagull ST19 movement. Some I name directly and others I do not, but I noticed an interesting trend while doing this. It is a phenomenon I haven’t noticed with other movements; watches that use the Seafull ST19 tend to share a lot when it comes to their overall case and dial design.

Of the watches I’ve tried on that use the Seagull ST19, they all have one thing in common; they feel dainty on the wrist. 38mm cases with thin lugs and a high domed crystal seem to be the prevailing traits in these watches. Heitis broke the mold and created their chronograph to feel more like a full-featured dive watch as opposed to a dressy chronograph.

In the shot above you’ll see how the watch sits extremely well on the wrist. Despite its 42mm case width, it feels much closer to 40mm. Heitis crafted the case in a way that makes it fit snug to the wrist. The lugs curve down dramatically yet elegantly as the tips of the lugs dip below the caseback.

Another area where the Heitis strays from many other ST19-equipped watches is its heft. The watch isn’t heavy but has a satisfying weight. I remember when I was picking out wedding rings with my (now) wife; I noticed how much more satisfying white gold felt to hold compared to silver. This is the exact feeling I got when holding the Heitis next to the Geckota W-02. It’s a watch that feels good and delivers the kind of wrist presence many brands strive for, yet often fall short of.

If you’re anything like me and use your dive bezels and chronographs to time things like pizza in the oven and how long it takes Uber Eats to show up (I time a lot of food stuff) you’ll know how it is slightly quicker to start a chronograph than spin a dive bezel. While the second-or-two difference it takes to start timing something between the two methods is not much, the chronograph is undeniably easier. The Seagull ST19 has a slightly spongy feel to the pusher before the chronograph is started but once it clicks, the mechanical feedback is far better than that of a quartz chronograph. Likewise, resetting the chronograph is snappy.

I didn’t notice how complex the dial of the Chronograph V2 was until after wearing it for a few days and constantly reading the time. The hour markers are cutouts in the sandwich dial and are filled with plenty of lume. One of the benefits of a sandwich dial is that the lume can be applied more heavily than with applied or printed markers as the top layer of the dial will cover any excess lume outside of the cutout.

The ST19 movement is a two-register chronograph movement, thus creating a symmetrical dial. The two subdials show running seconds on the left and the minute totalizer on the right. Heitis chose silver subdials with concentric rings and a maroon outline for each. The subdial on the right has alternating maroon and silver accents. This is a simple touch but helps quickly differentiate the two subdials.

Notice how the concentric rings of the subdials pop when the light hits them.

The tapered hour and minute hands are broad and stand out prominently against the matte black dial. There is no mistaking what time it is, even at a glance. Those familiar with the Omega Speedmaster’s handset may recognize the design of the chronograph hand. The hand is accented in maroon, complementing the color scheme of the rest of the watch.

Carrying the complementing colors even further is the chapter ring. The choice of a decimeter scale is a nice departure from tachymeters and telemeters typically seen on chronographs. The decimeter falls into the scientific category of chronograph scales and is used for timing hundredths of a minute. The decimeter is also a great choice for a clean and unobtrusive design.

The case of the Chronograph V2 is simple, yet the approach taken to achieve this simplicity is well-executed. When looking at the watch straight on, it has a rugged tool watch aesthetic. When turning the watch over to view its profile, the small chamfer running the length of the case comes into view. This chamfer certainly isn’t anything novel, but where Heitis chose to place it is a rare occasion where it increases the usability of the watch. The chamfer slightly undercuts the bezel which allows the wearer to have a better grip.

The bezel itself is almost one of the best 120-click bezels I’ve used. The clicks are snappy and deliver great tactile feedback. It is one of those bezels that are a lot of fun to spin around. The only thing holding it back is that it has a little bit of springy backplay. The bezel will spring back to where it should be, so it isn’t too much of a concern and doesn’t detract from spinning the bezel.

The crown is exactly what one would want out of a push/pull crown on a tool watch. The knurling is easy to grip and provided enough texture to pull the crown out without lodging my fingernail under the crown. The pushers look like they may screw down because of their matching knurling but it is decoration. However, it gives the pushers a balanced appearance and looks far better than if they were just tubes.

I’ve discussed the movement of the Chronograph V2 a few times in this review and now we finally get to look at it. The ST19 is visible through a sapphire exhibition caseback. The ST19 is always a fun movement to look at as there is no rotor to get in the way of the gears and decoration. It certainly won’t hold a candle to more expensive mechanical chronograph movements in terms of fit and finish, but it is finished well enough to impress many of your friends, watch enthusiasts or not.

A gray canvas strap is included with the Chronograph V2 and while canvas isn’t my favorite strap material, it does pair well with the watch. It was a little stiff out of the box but a quick roll between my fingers allowed it to conform to my wrist easily.

Quartz chronographs ruled the roost in 2020. Affordable and easy to maintain, they are great alternatives to more expensive automatic chronographs. As I mentioned in the beginning of the review, the ST19 is starting to make its way into more watches and seems to be slowly edging out quartz chronographs for new releases. The Heitis Chronograph V2 is priced at $399, which is about what you would pay for a quartz chronograph with similar specs and build quality.

One thing that has always bothered me about mechanical chronographs is that they often feel fragile, as if the merest bump or drop will shatter them completely. The Heitis Chronograph V2 breaks away from that. It feels more like a diver chronograph and although that may not have been Heitis’ intention, it speaks to how solid it feels. I find a lot of times with 42mm microbrand watches, I often say how they might fit better or be more comfortable if they were a few millimeters smaller. That isn’t the case with the Heitis Chronograph V2. It’s just right exactly as it is.

Check out more Heitis reviews at The Watch Clicker

Prev
Podcast – NOT a Show About Rolex, with Kaz Mirza 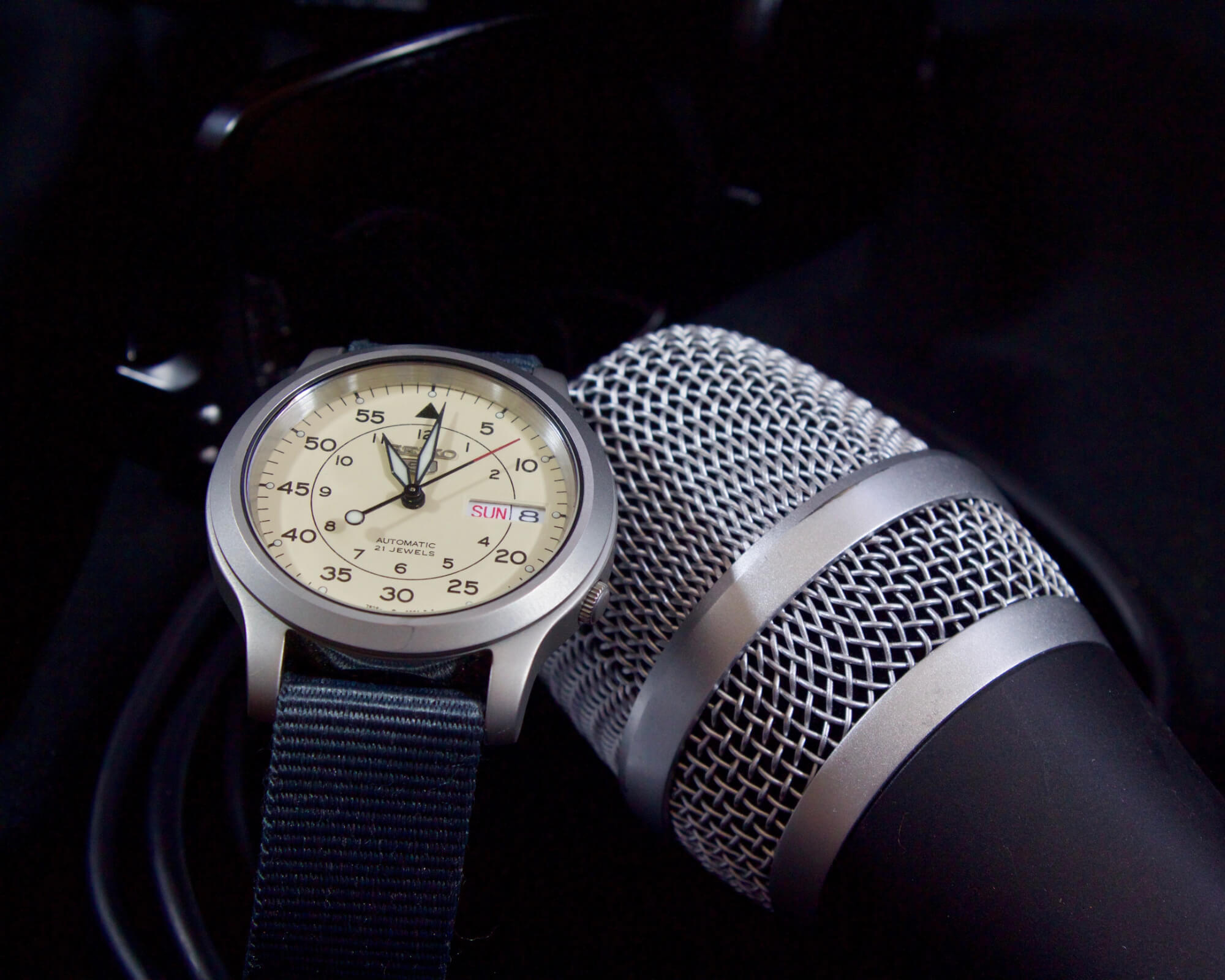 Podcast – NOT a Show About Rolex, with Kaz Mirza

Kaz from TBWS joined Andrew & Everett for a special episode

Next
If Not Now, When? 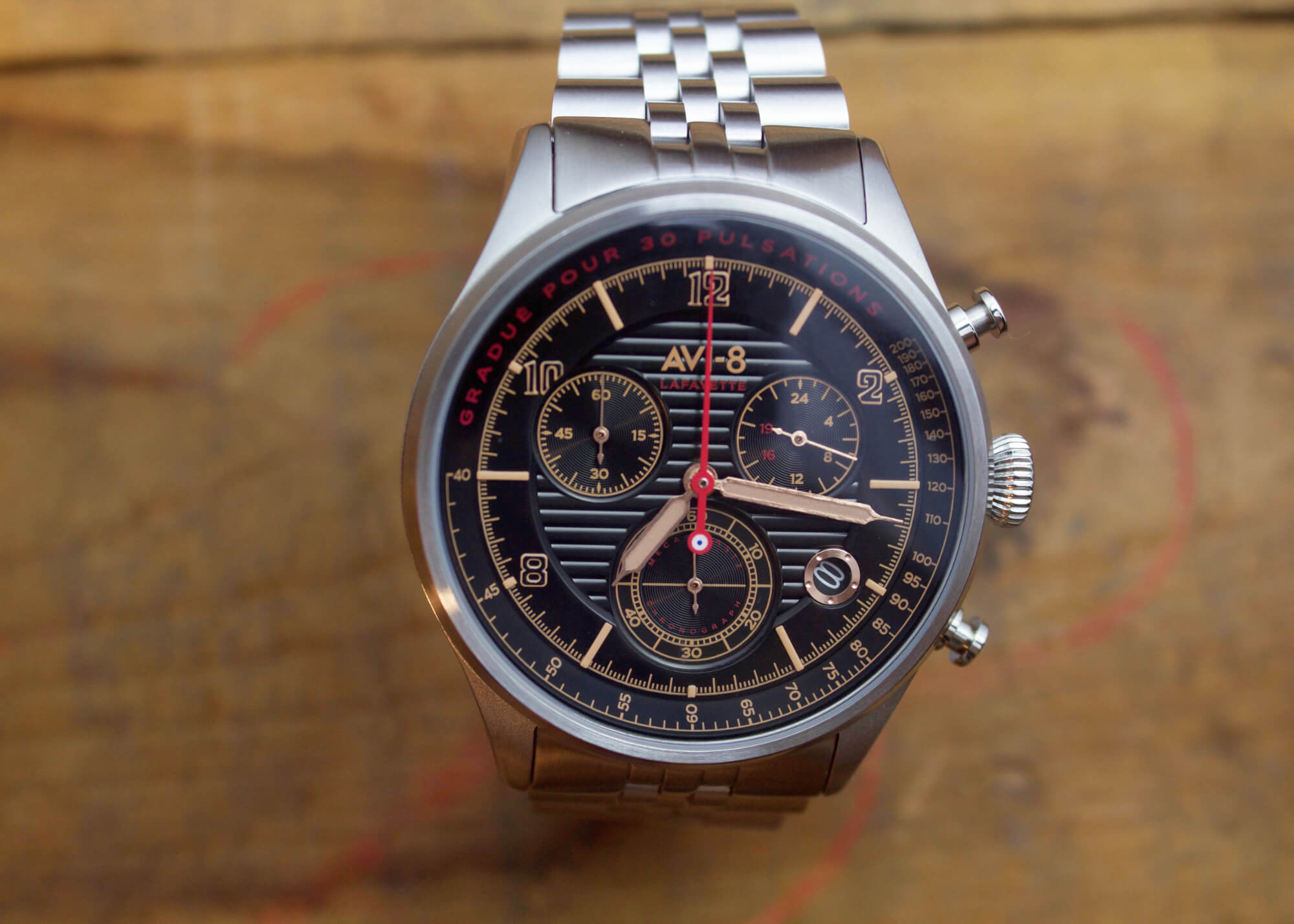 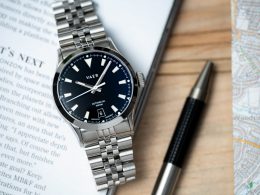