Take a look at 9 of the 10 most recently released microbrand dive watches (or even the last 10 we reviewed) and you’ll see a trend: they are at or under 40mm. A large majority of watch buyers are looking for those watches. The trend for the last few years has been “smaller is better.” However, that has now left a gap for those looking for larger dive watches.

Swiss Watch Company (SWC) is looking to fill that gap with the MKII Diver. The SWC MKII Diver is an unapologetically larger dive watch. It aims to buck the trend of small dive watches by delivering a watch that is purpose-built with heft and durability. Some say it is impossible for a microbrand to create a successful dive watch that has a diameter above 42mm. Let’s see if SWC pulled it off.

The elephant in the room is the case width of the MKII Diver. Coming in at 44mm wide, I was fully expecting the watch to be cumbersome. I was wrong. While the watch certainly has some heft, it doesn’t feel huge whatsoever. This is coming from someone who is fully on board with the trend of smaller dive watches. The MKII Diver’s lug-to-lug is a hair under 49mm. This is 2mm larger than one of my favorite-fitting watches, the Dryden Pathfinder.

All too often watches approaching 43-44mm are met with an equally substantial case height. That isn’t the case (pun intended) with the MKII Diver. The case height is a modest 13.2mm. Combine this with the gentle downturn the lugs offer, and it wears true or even a touch smaller than its stated case height.

The only part of the MKII Diver that truly felt large (and a bit cumbersome) was the bracelet. It doesn’t taper all that much and the clasp with a built-in ratcheting diver’s extension took up the entirety of the bottom of my wrist. I’m not a fan of this type of clasp for this reason; they are too large and traditional micro-adjustment holes with a hidden diver’s extension are far more practical and comfortable.

I recently tried on the 42mm Omega Seamaster Professional and I found that the MKII Diver wore like that watch. It even shares the scalloped edge on the bezel. Unfortunately, the problem that can plague the scalloped bezel on the Seamaster is present on the MKII Diver. The bezel can be difficult to grip sometimes, although not impossible. Thankfully, the bezel is torqued just right, so as long as you can get a decent grip, it is easy to spin.

The dial commands as much presence as the watch itself does, but this is a good thing. The lume plots are large–so large they almost looked like applied markers. The hands are equally as large and filled with a ton of lume. SWC has done a fantastic job on the lume application. Trust me, this thing gloooooows. I’m happy that SWC decided to go oversized on the dial. All too often, large dials are met with markers and hands that are so small that the dial looks oddly proportioned. That isn’t the case here.

The Diver MKI had an odd square placed in the middle of the dial that honestly made no sense to me from a design perspective. It was different for the sake of different. This has been changed for the MKII and the entire dial is now a sunburst. It is simpler and not as distracting. The sunburst itself is well-executed and adds a ton of depth when the light hits it.

Speaking of depth, let’s talk about the bezel. The ceramic bezel features deep cuts for both the numerals and the lines between them. The texture the bezel adds is excellent; it gives the MKII Diver something to call its own. My only complaint about the bezel is that it can be difficult to read in the dark. I wouldn’t mind seeing lume added to the first 15 minutes to add some orientation.

The MKII Diver’s case is simple, yet it is executed well. The brushing and polishing is all blemish-free and the case-to-endlink connection is tight and seamless. The lugs have a tapering chamfer that extends toward the bracelet and gives the lugs a slight twisted-lug look.

Aside from the clasp, the bracelet is great. It reminds me of the bracelet included with the Seiko Mini Turtle.  The center links bulge out slightly and are flanked by a polished chamfer on each side. It’s a unique-looking bracelet that fits the overall design aesthetic of the watch. Each link articulates well and provides a good fit as they drape around the wearer’s wrist.

Beating away inside of the MKII Diver is the Sellita SW200. Commonly referred to as a workhorse movement, the SW200 is a reliable movement. I’ve reviewed and owned multiple watches with the SW200 and have never had an issue.

The MKII Diver offers a good value proposition. Coming in at $495 on the bracelet, there is an argument to be made that you are getting a lot for your money. Let’s see how the MKII Diver stands up against some of the other leaders in this segment.

Zelos is another brand like SWC that isn’t afraid to put a 44mm dive watch into the water. I’ve had experience with a few of Zelos’ watches and have always been impressed. Like SWC, they offer a good value proposition for what you’re getting. Movement snobs will prefer the MKII Diver as the Hammerhead 2 uses a Seiko NH35.

The “baby Marinemaster” retails for significantly more than the MKII Diver; however the secondary market or a good deal from an AD can bring them in line with the MKII Diver. I found that the SBDC061 wore like the MKII Diver.  They’re both larger, yet comfortable.

There aren’t a lot of 44mm dive watches in my collection. The closest would be the 43.5mm Oris Aquis, which like the MKII Diver and SBDC061 mentioned above, wears smaller than the dimensions would make you believe. While a 44mm dive watch may not be in my future, I’m not the only watch buyer on the planet.

The MKII Diver is well-built, boasts some solid specs, and is comfortable. There are plenty of sub-40mm dive watches that can’t pull this off. If you’re going to do something, do it well. SWC has taken that to heart and put out a watch with everything they could do to make it great. I’d say they’ve succeeded.

About the Author Will 197 posts
Will has been a photographer for nearly 15 years. Coming from the world of landscapes and architecture, watches were something he never thought he would photograph. In 2018 he founded The Watch Clicker to bring his love for watches and photography together. Photographing watches quickly turned into also writing about watches and the reviews you see today are the product of that evolution. Dive watches and chronographs dominate his collection as he is a die hard tool watch fan. Will believes that you should wear a watch how you want to. Leather on a dive watch? No problem.
[email protected] 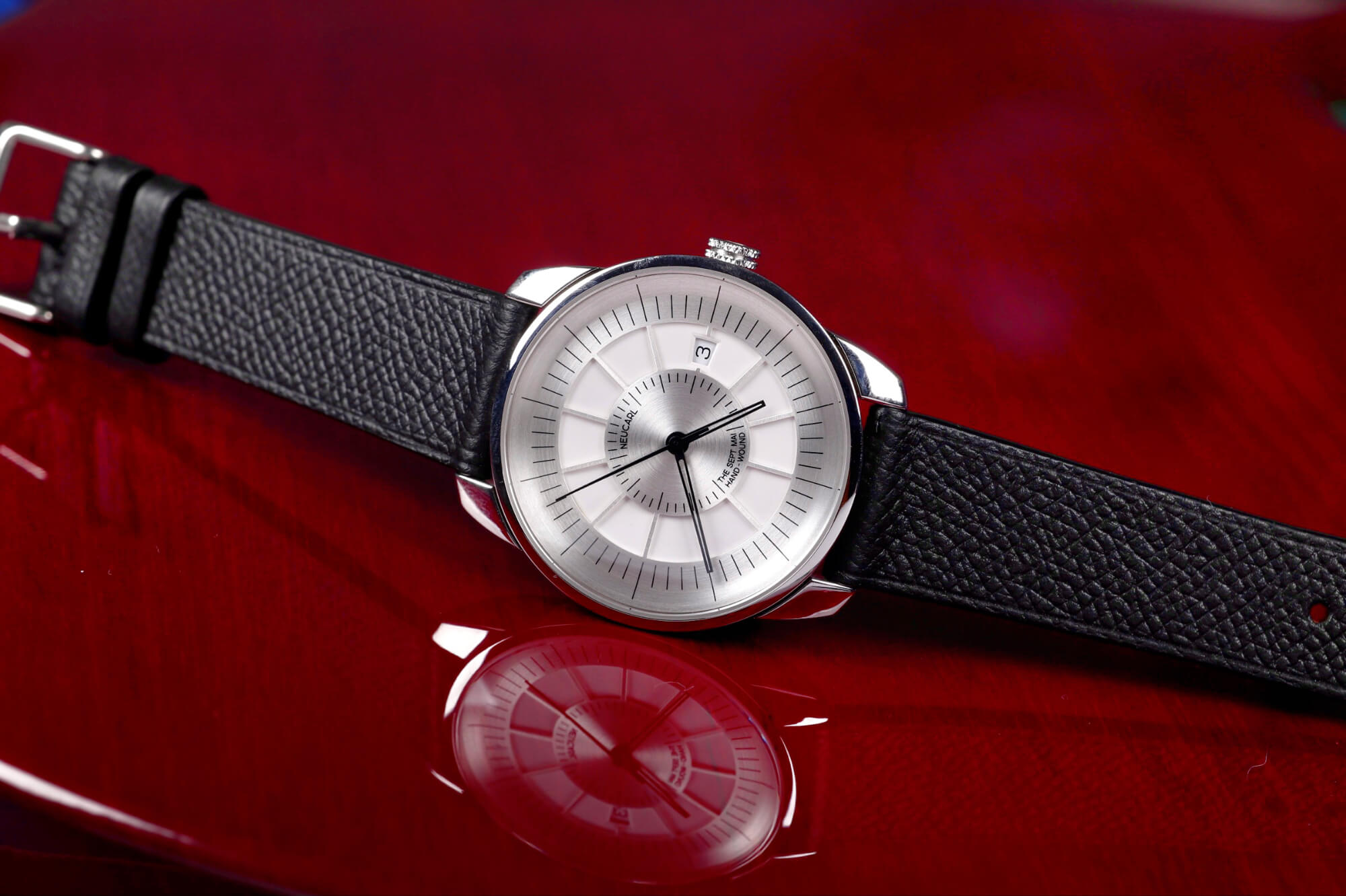 French retro-futurism brings a fresh take on the dress watch

Next
4 Watch Collection for the Price of a Rolex 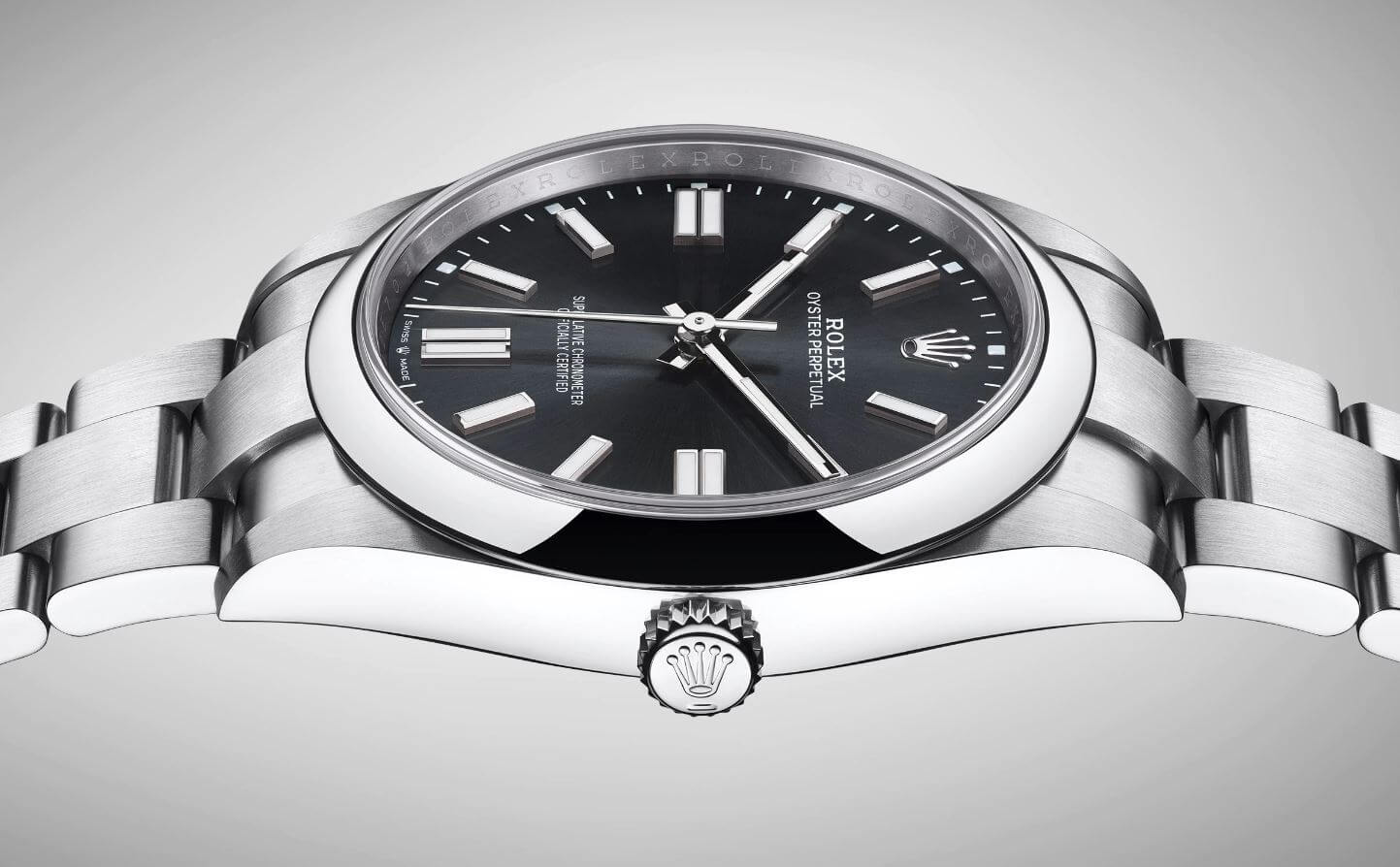 Have Rolex money but want more? 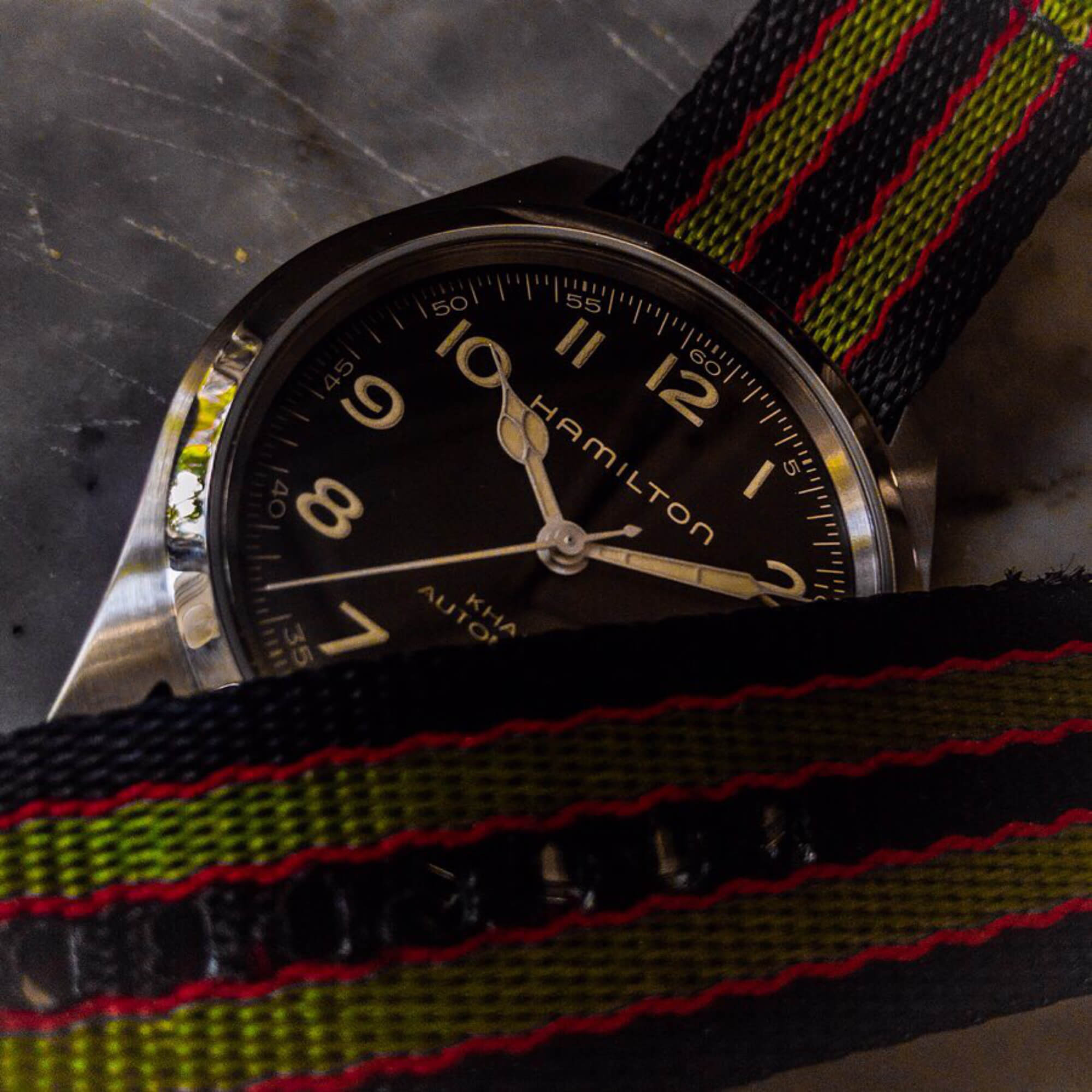 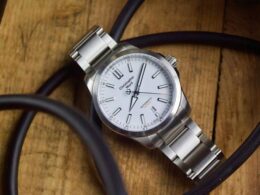 A Year on the Wrist: Christopher Ward C63 Automatic

After a year of wear, it has some well-earned scuffs and marks 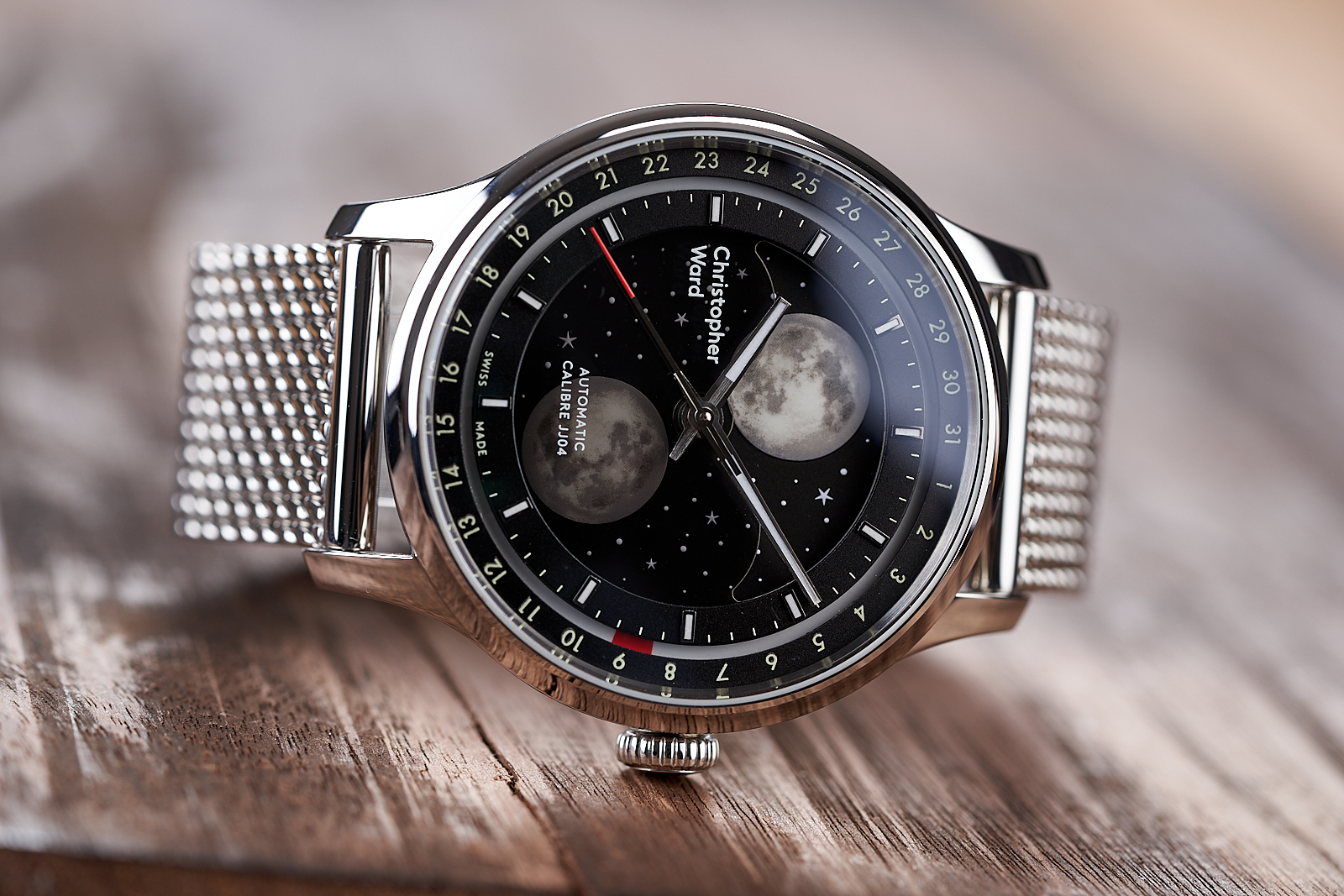 An elegant moonphase from the London-based brand