So Labs channels serious nostalgia with the Layer
byWill

Let’s be honest. Watches can get a little boring. There are plenty of great watches available but sometimes the endless released can feel monotonous. How do you buck these trends that lead to this feeling of more of the same watches? For the young brand So Labs, the answer is to go against everything the watch industry is doing.

Plastic cases, discs instead of hands, and funky colors. There is no playing it safe with So Labs watches. Their Layer series is meant to provide fun and affordable watches that channel what early Swatch watches were meant to do: give you a watch to coordinate with your outfits for a night out on the town. Each Layer watch has its own funky color scheme and each one feels like a blast from the past bringing a heavy nostalgia factor. Let’s take a closer look at the 5 watches making up the Layer series.

The So Labs Layer is probably the most intriguing watch I have ever tried to write this segment of the review for. It’s difficult to talk about how large it wears on the wrist because the case is see-through plastic. The width and lug-to-lug have no bearing on how it fits. At times, the Layer looks like a floating disc of color on the wrist.

Although I tend not to say how a watch “fits under the cuff” in my reviews, I don’t anticipate this being an issue. For starters, it is relatively thin because of the quartz movement and outside of the truly en vogue among us, it is doubtful the Layer will show up at a black tie event. This isn’t a knock against the Layer at all; this is a watch meant to be worn when doing something fun. When we finally get to a post-COVID-19 world, this watch will be right at home at the local brewery with friends, pizza night, or a day with the family at the amusement park. Even better, this watch can be worn by anyone in the house, including your kids. The term all ages truly applies to the Layer. The only place I don’t see the Layer fitting in is at the beach. The sand might scratch the plastic case, but it is possible some Polywatch could remedy that.

There aren’t a lot of ways to make telling the time innovative on an analog watch. A set of markers with a couple of hands that resemble various shaped sticks that point to them. How do you break this mold? Either create a digital-display watch or find a way to make the hands more than just decorative sticks. So Labs found a way to do the latter.

To create a timepiece that allows the wearer to read the time in a different way from most other watches, So Labs used layers, hence the name. The hands of the Layer are composed of 2 discs and 1 hand. All 3 elements are made of clear plastic sheets with various colors that fade out.

The hour hand is the bottom disc and contains a semi-circle on one half and a broad arrow on the other half. The next layer is the minute hand and is the most normal element of the Layer. The minute hand is a wide baton with a rounded tip. The final layer is the running seconds. It took me a few minutes to realize this was the running seconds as there is only a small white pip that indicates it is rotating. It is one of the most subtle seconds hands I’ve seen on a watch, but it is necessary to complete the funky aesthetic of the Layer. It adds that necessary top coat of color to complete the color palette of each model.

Underneath the layers of the hands is the disc with the hour markers and a decorative disc that mirrors the hour disc but remains static. The printed markers match the color of the hour disc and the background matches the color of the static disc. The cutaway underneath the static disc reveals some of the quartz movement below. All the layers of discs and colors create a cohesive look that brings funky fresh colors to the wearer’s wrist. Many brands try and fail to execute color this well.

The Layer series are all unlumed with the exception of the Emerald Rhino dial variant.

While it may be difficult to talk about brushing, polishing, and finishing of a clear plastic case, the case design itself can be discussed. The 38mm case is relatively flat with only small turndown in the lugs. However, the watch conforms relatively well to the wrist because of the short 45mm lug-to-lug distance. The case is just under 12mm thick and while that isn’t overly thick, I wouldn’t mind seeing it a touch thinner. With that said, the clear case throws off these dimensions and makes everything feel smaller.

The black caseback gasket is visible through the top of the case when looking at the bezel. I can’t say if this was intentional, but it adds some definition to the watch that would make it feel lacking if it weren’t there. The caseback and signed crown are both stainless steel. The crown has two rings that provide some grip and fit in with the layer theme of the watch.

Each variant of the Layer will have a color-coordinated quick-release suede strap. The straps are comfy and supple out of the box (or in this case, container). I didn’t experiment too much while I had these in for review but because of the colors used in each variant, it should be a blast pairing these with different straps.

There aren’t a lot of watches that make me smile. The ones that do are from my own collection and have sentimental value attached to them. The Layer makes me smile, as they are straight-up, unadulterated fun. The nostalgia factor it brings makes the Layer pure joy to put on each day.

The Layer channels what made the original Swatch watches such a compelling product. They were cheap, fun, and offered tons of versatility. The Layer is likely what Swatch might have come out with if they launched today. So Labs’ mission statement is all about experimentation. A watch with so many colors used and a clear plastic case is a risky experiment. However, making it quartz and offering it at $175 brings down the risk factor slightly. It makes the barrier to entry for the prospective buyer a little less risky. If you’re still wondering, the Layer is a successful experiment.

Check out more quartz watch reviews at The Watch Clicker

More Images of the So Labs Layer 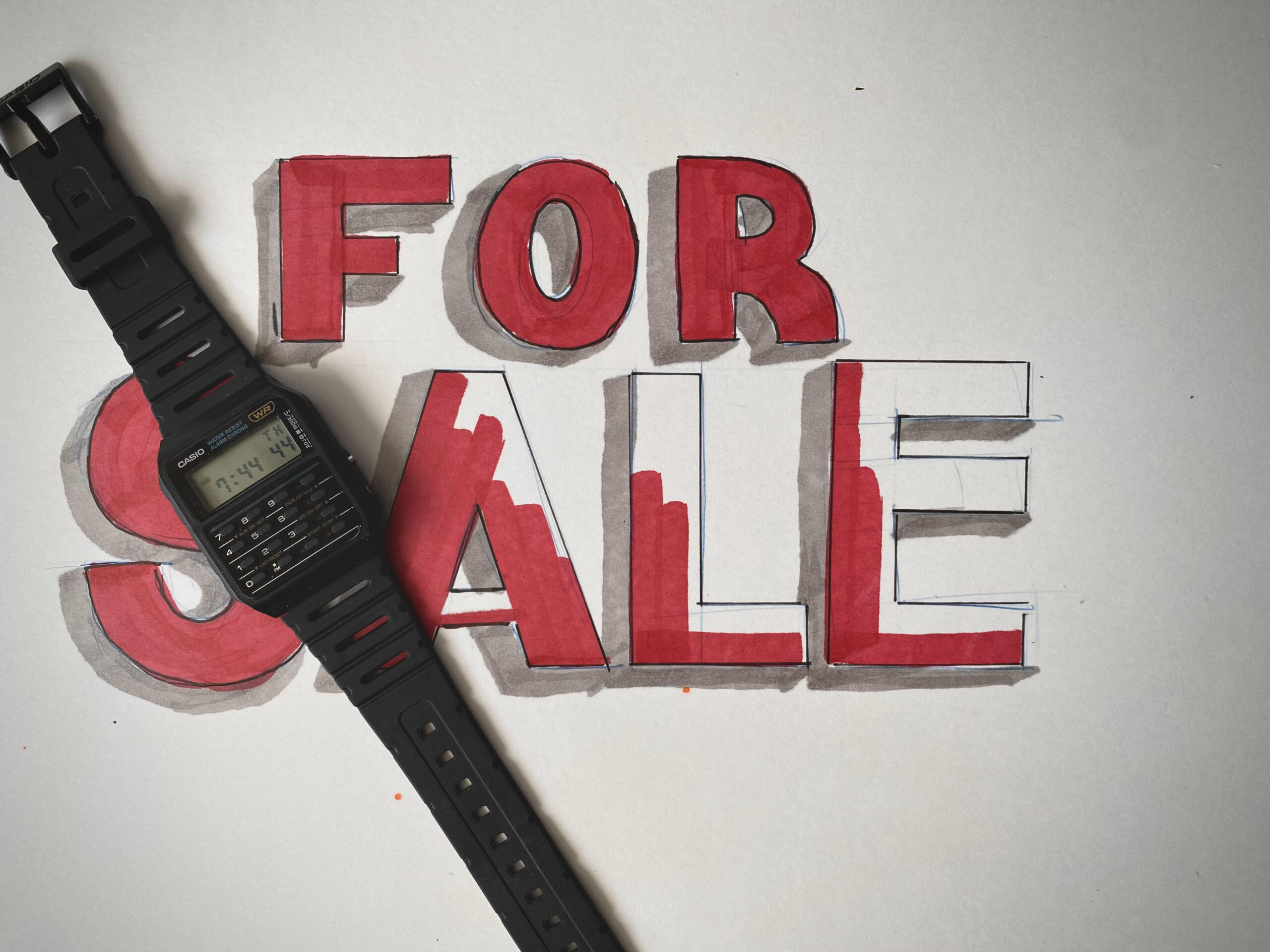 Clay joins the show to talk about watch flipping 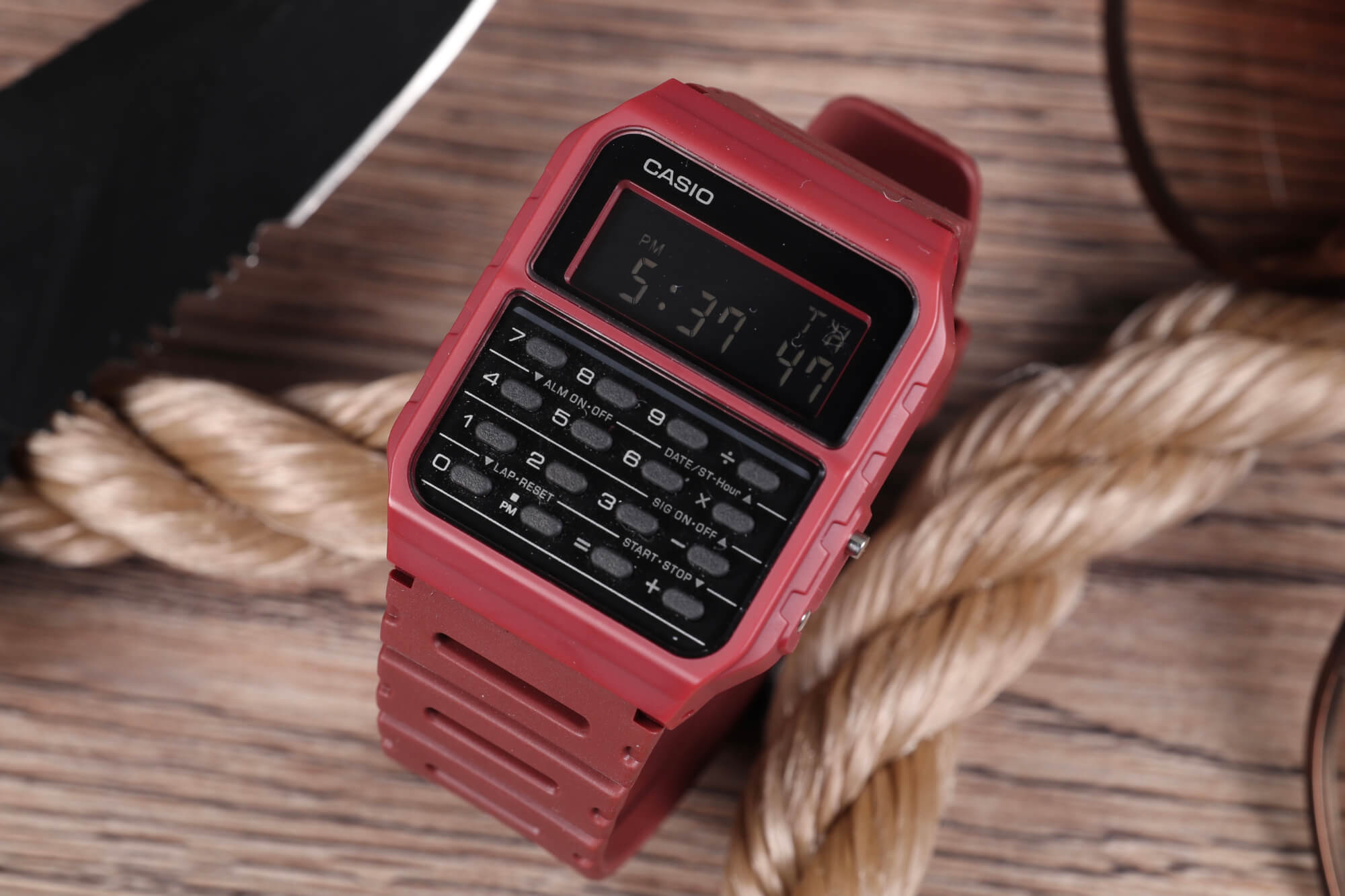 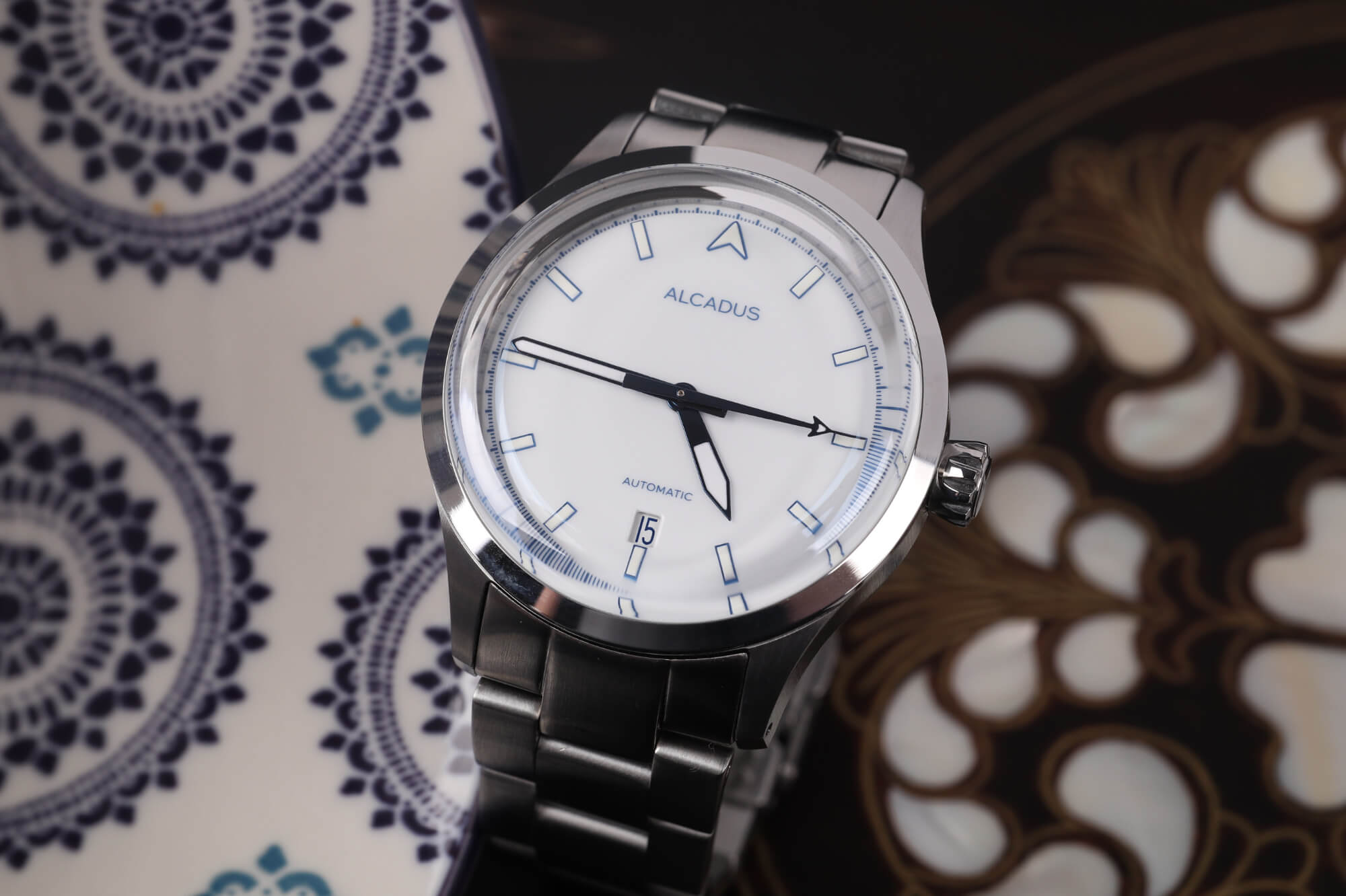 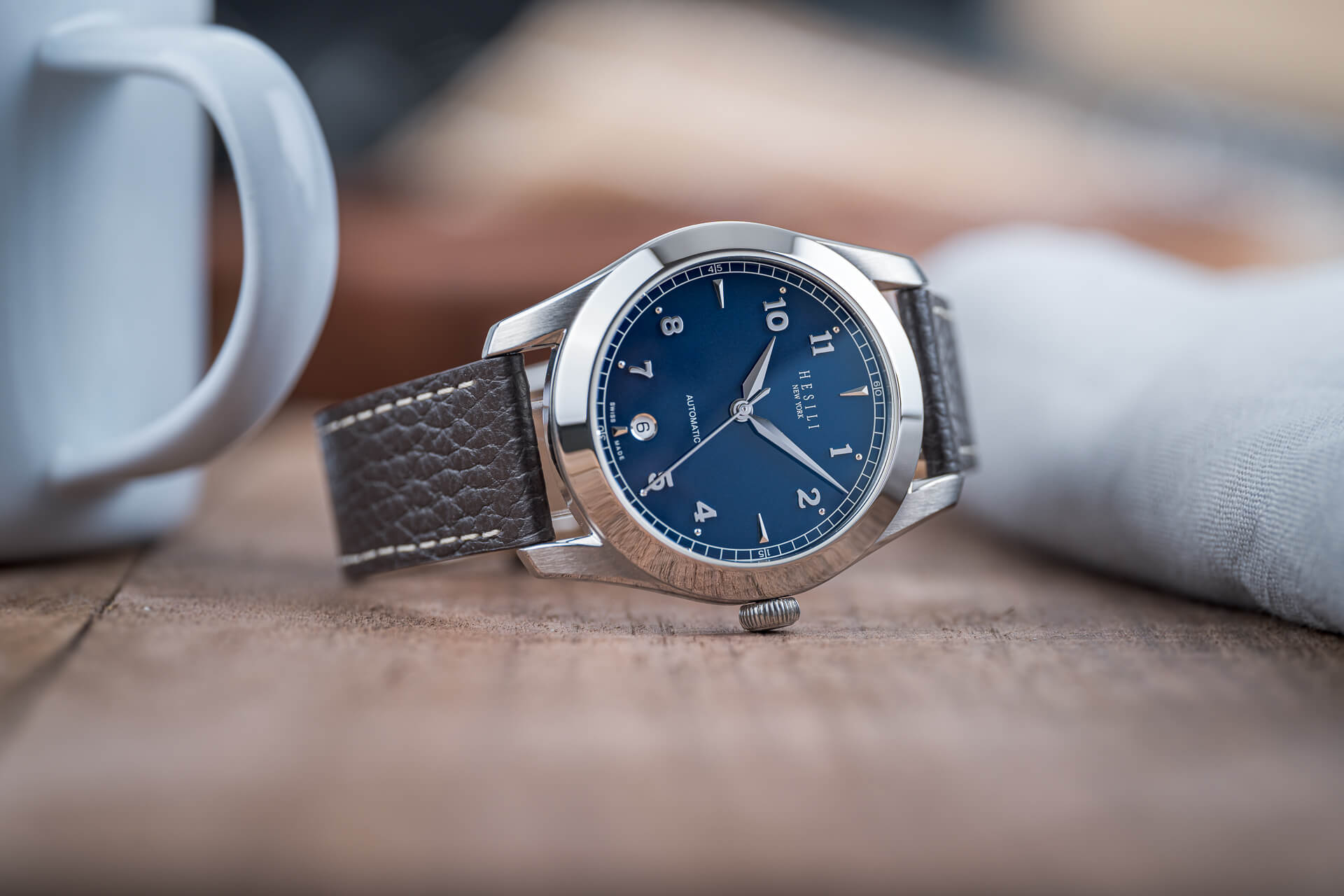 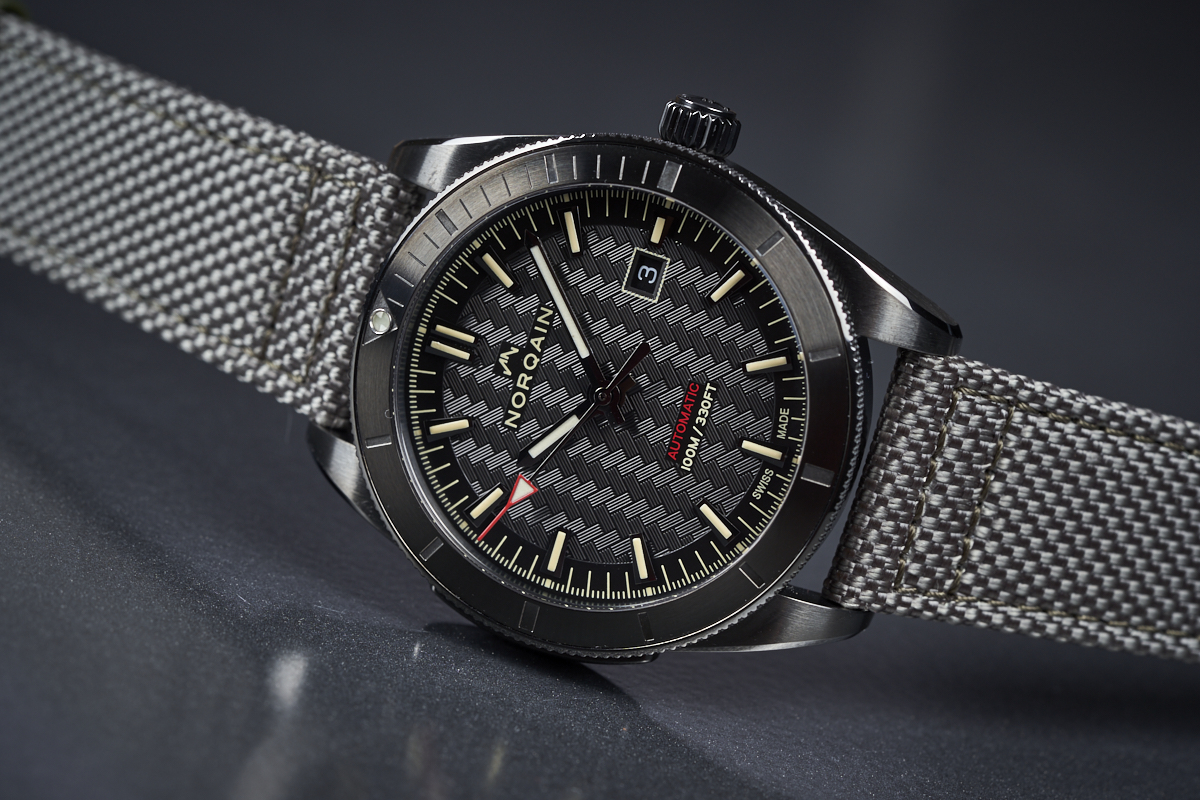 A new brand aiming to compete with the old guard 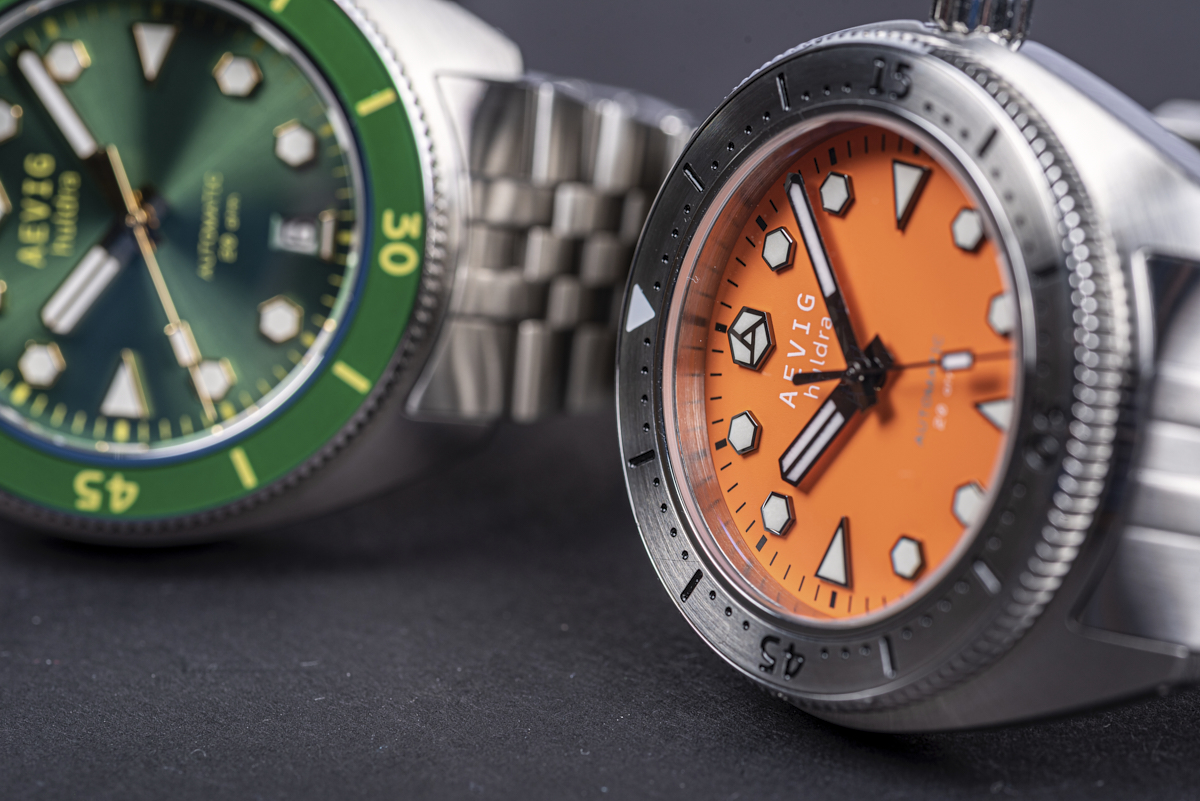 A pair of vintage inspired dive watches with modern flair