An affordable option with a motorsport twist
byMike

Ever since WatchGecko branched out into creating their own timepieces under the Geckota name, I’ve wanted to try one out. The brand known widely among the watch community for solid straps seemed to have released a constant stream of well-designed watches. I know they’re not the priciest and they’re readily available, but I just never pulled the trigger. Maybe it was the name, maybe it was a subconscious worry about recouping the cost—moderate as they might have been—if it didn’t click. In any case, my problem was solved when Geckota had a sale recently, and I was able to grab the Racing C-03 in blue at a deep discount. It’s a great-looking watch, and after having it for a few weeks and putting it through the paces, here are my thoughts. 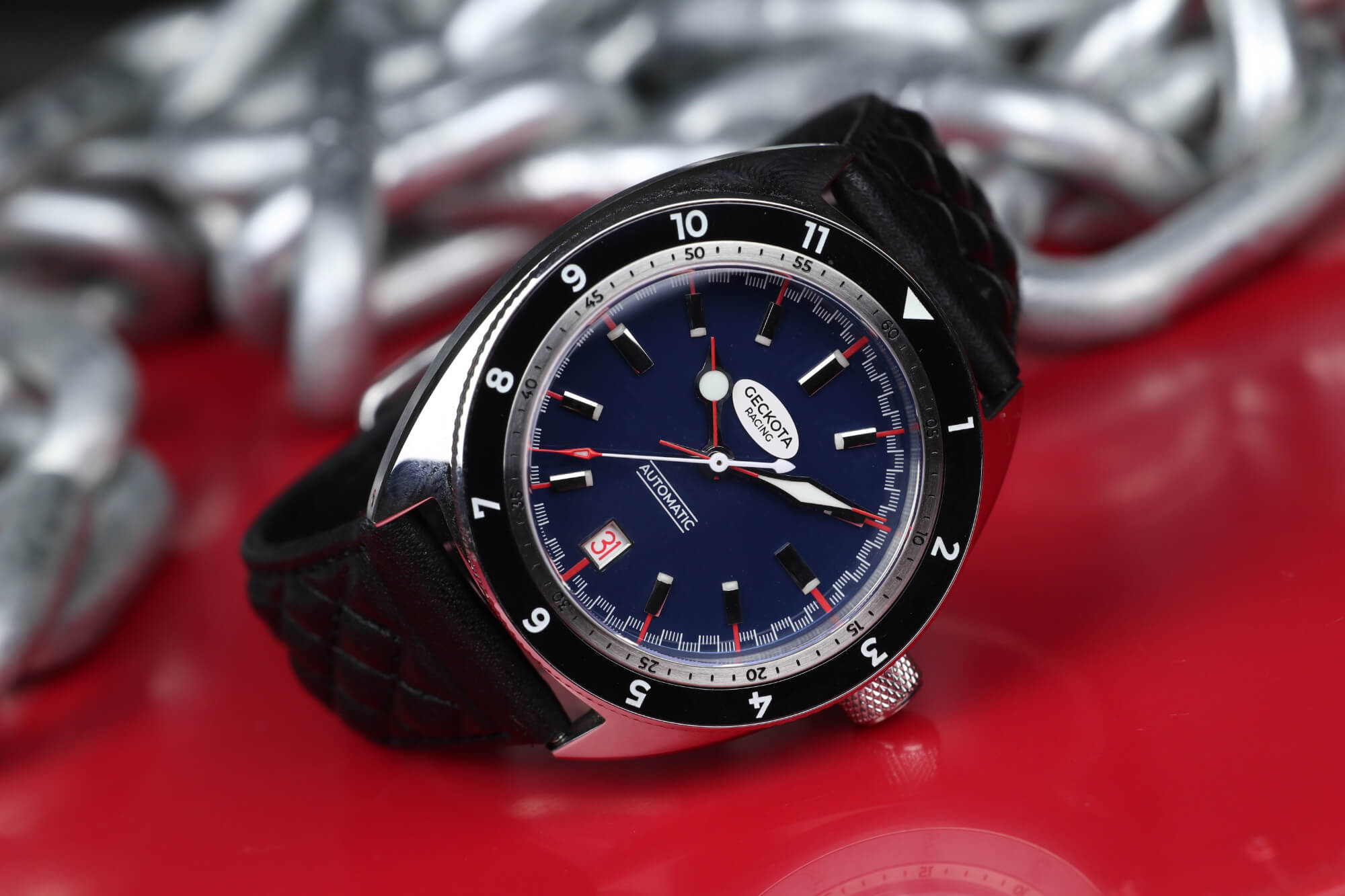 At 42mm wide and 15mm thick, this watch is going to turn people off without a second look. The case, in fact, wears smaller than its size due to the small dial, the thinning effect of the 22mm lug box, and the layers of the case, which pull focus to the height and away from the width. The height is the bigger issue here: at 15mm, the watch wears tall. It’s to be expected from a watch equipped with the Seiko NH35, but it’s thick even among watches with that movement. A nice case curve helps a bit, but not enough. Even so, the watch is not distractingly large, and didn’t overwhelm my wrist—I just wouldn’t (and couldn’t) wear it with a suit. 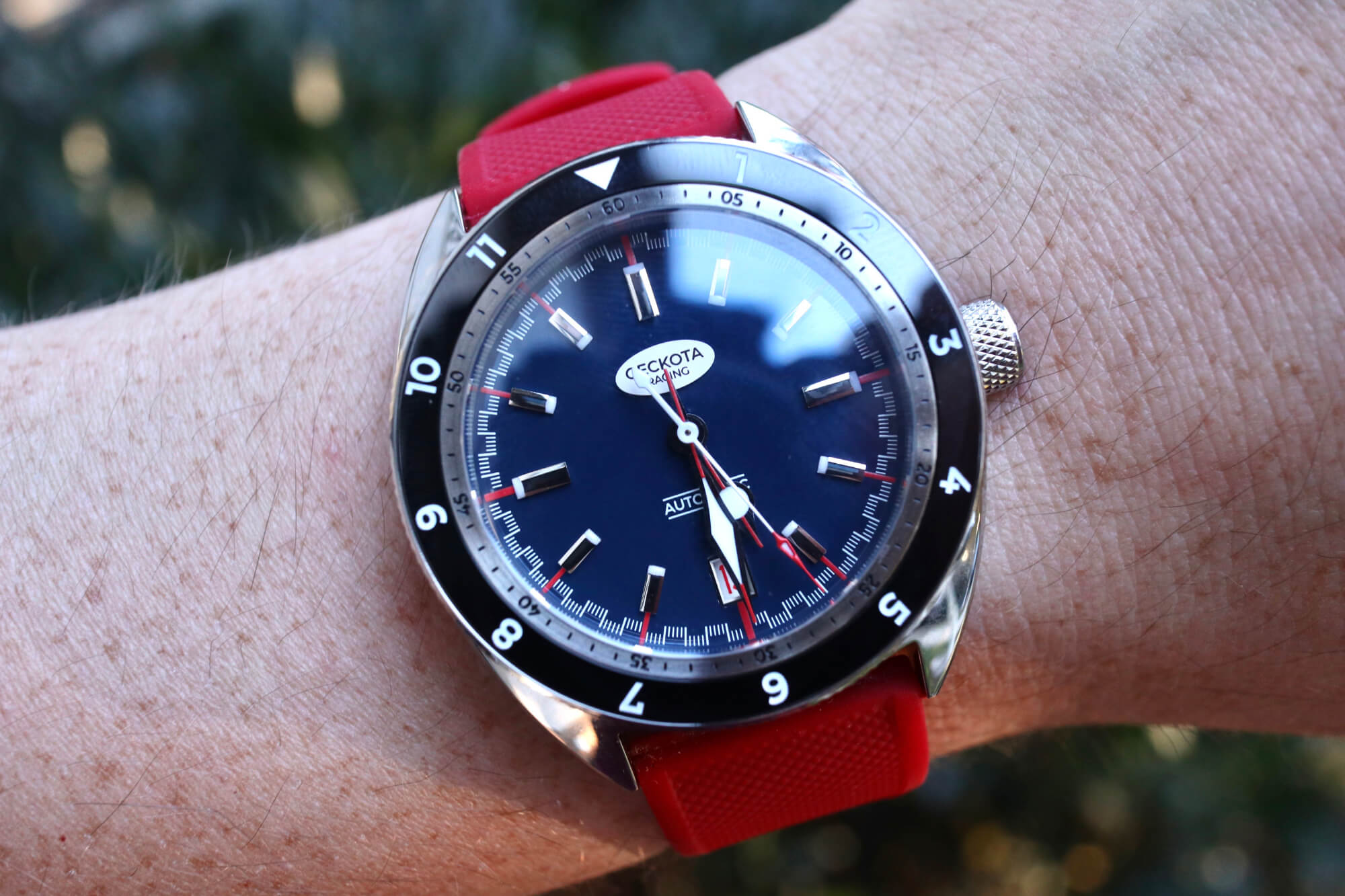 The C-03’s dial is incredibly engaging. The deep blue, with the bright polished indices and (what are fast becoming the Geckota trademark) spear hands make for easy reading. The red date is a nice touch, matching other red elements in the dial. Around the dial, the bezel is equally legible, but also the watch’s largest flaw: it is so stiff as to be nearly inoperable. 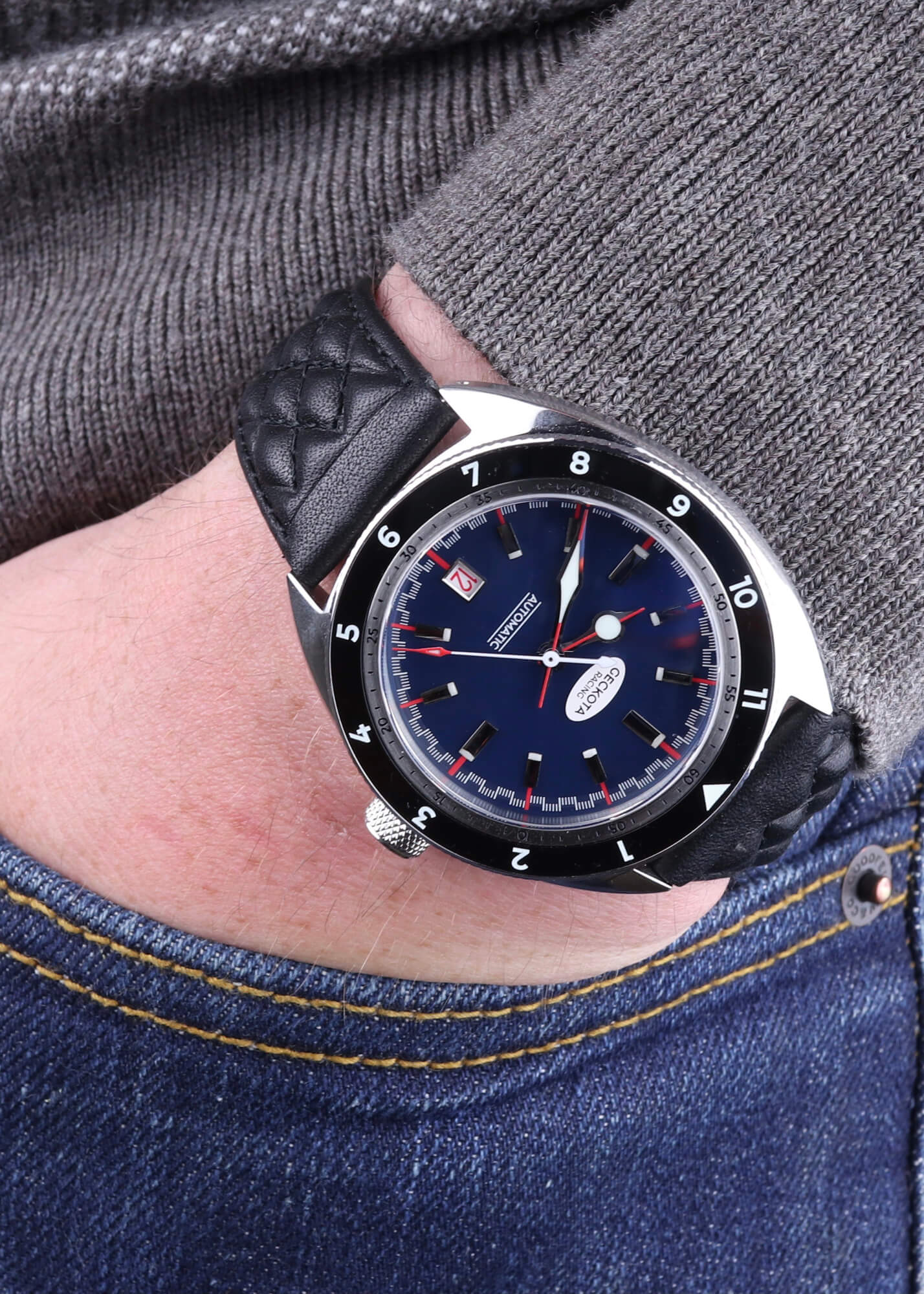 The strap adds a lot to the watch. The quilting is something I’ve not seen on a stock strap, and goes nicely with the racing theme, evoking the seats of old muscle cars. Due to its pliability and softness, it helps the watch wear better than a bracelet or stiffer strap might. 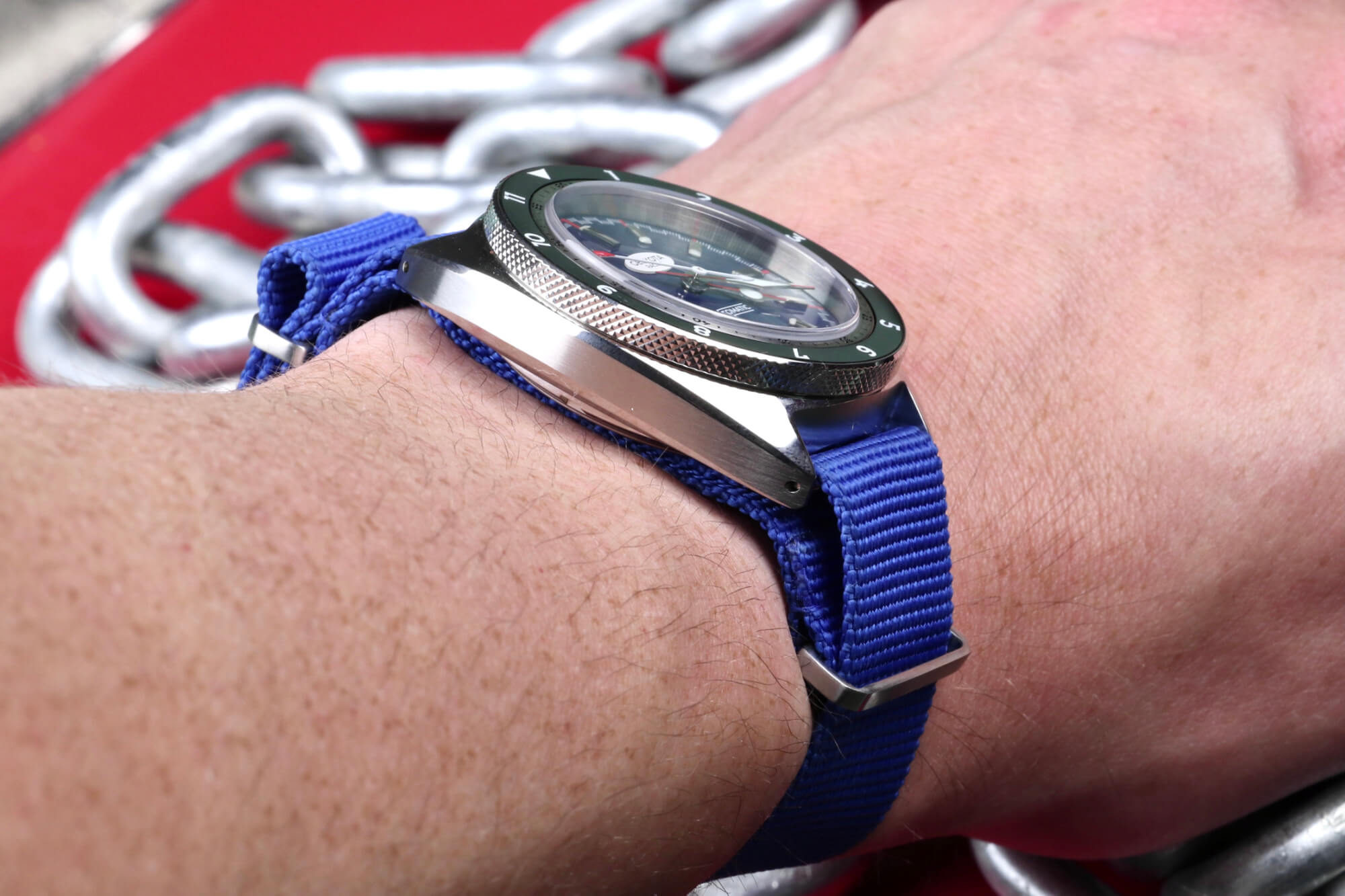 There’s a lot going on the dial, but it remains well-balanced. An ostensibly motorsport-inspired Geckota Racing logo is at 12 o’clock, with the word Automatic in caps and banded on the top and bottom at 6 o’clock. Also at 6 ‘clock is a fully framed date window featuring stark red numerals on a white background. The racing-themed minute track on the periphery is typical of this watch type, and red hashes emerge from the outer edge and are met by applied indices, identical for every hour. 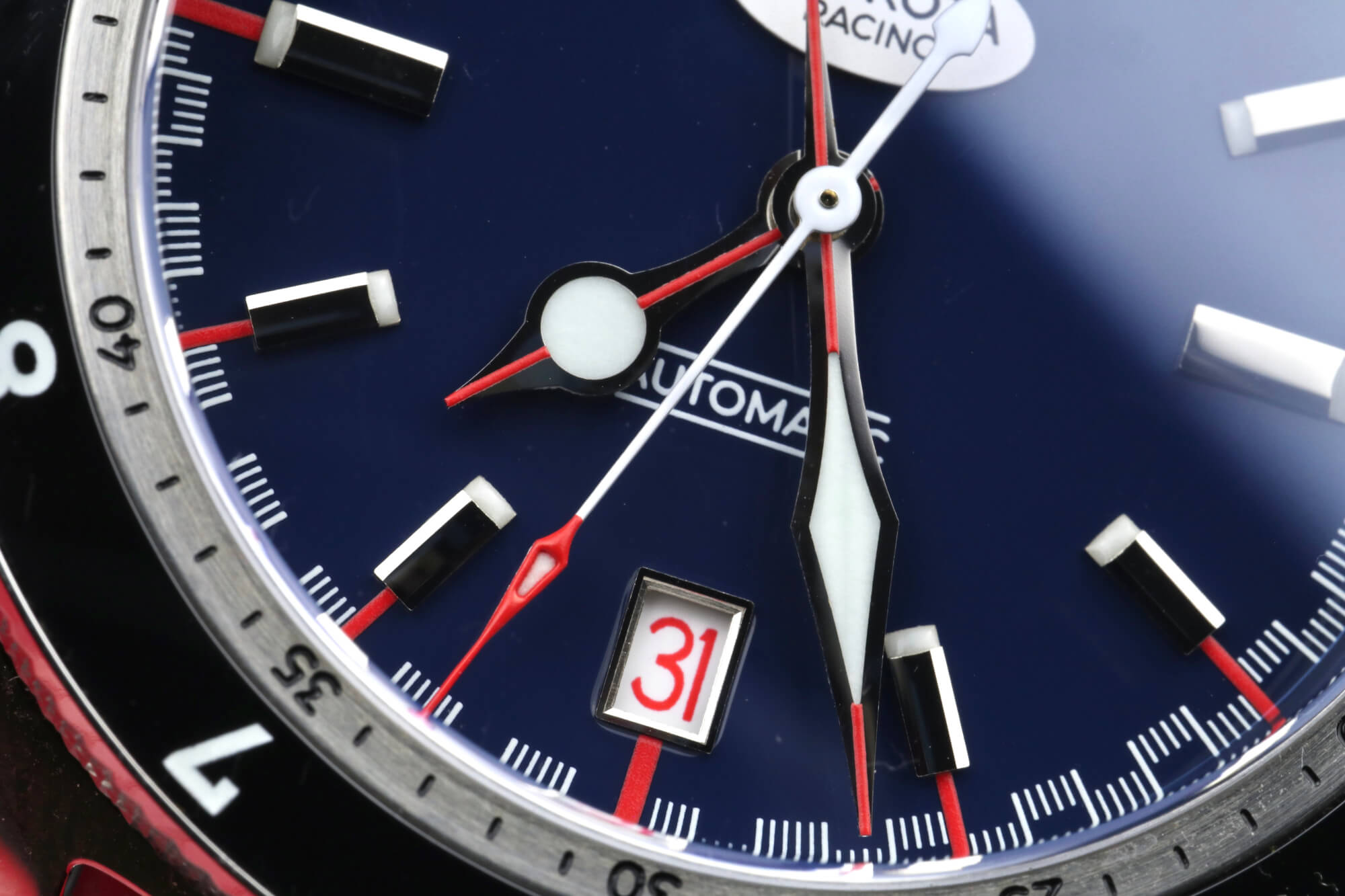 In lieu of fully lumed markers, Geckota has used small pips at the ends of each marker (exterior on the cardinal hours, interior on the others). Stylistically, I like the look, and it helps prevent a cluttered look in the dark. But due to their size, the small plots struggle to hold their own against the other lumed portions of the dial and bezel, and fade faster as well. 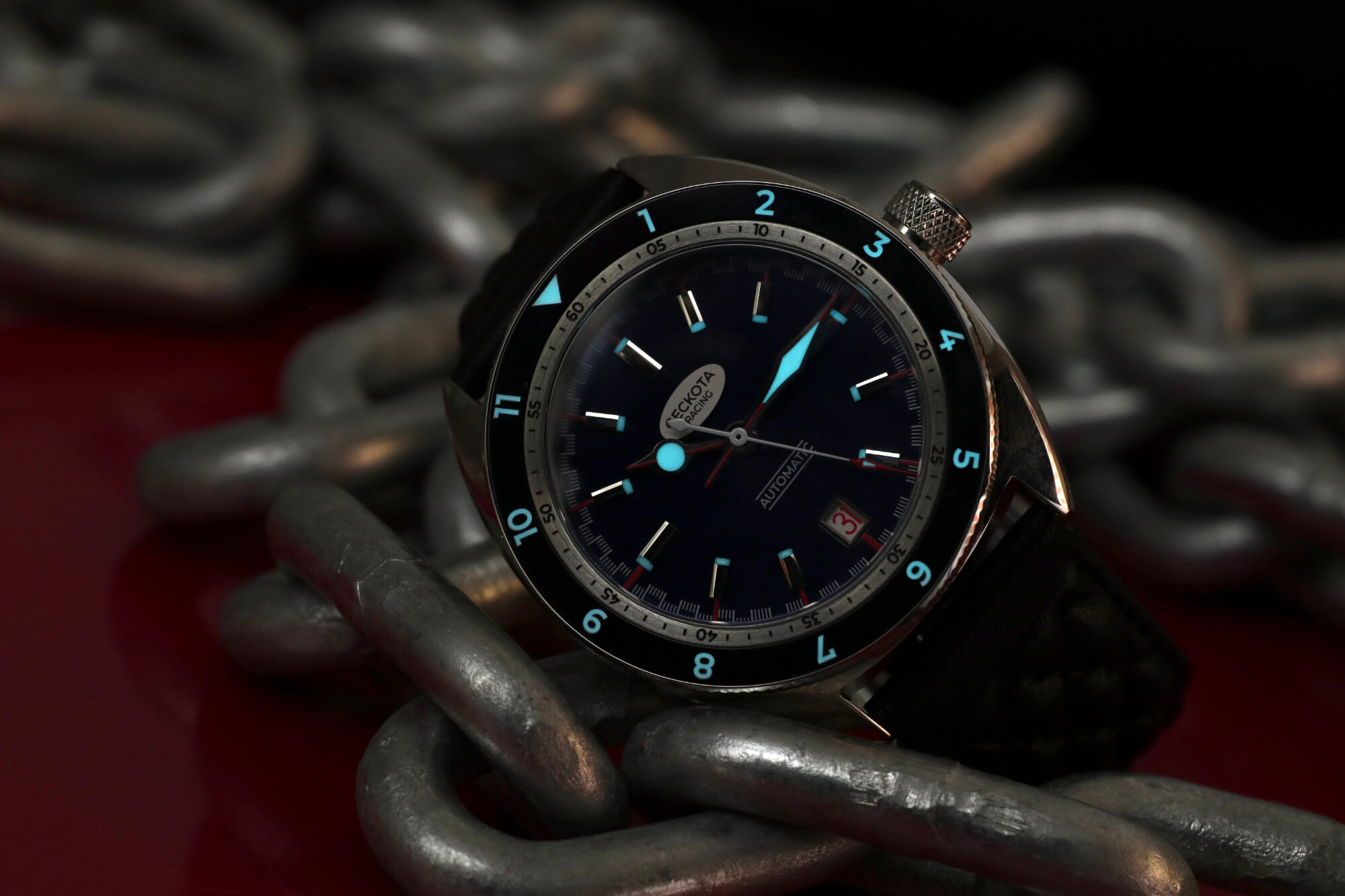 Let’s move on to one of my favorite parts of the watch: the hands. The spear-style hands (as I’ve dubbed them), appear on multiple Geckota models, and seem to be a signature of the brand. They are adequately lumed, and the seconds features a red-bound tip. When I bought the watch, I didn’t realize the hands have a matching red stripe down the middle. It’s a bit of extra panache that may or may not appeal to you, but on balance, I find it attractive.

The case is a classic tonneau (barrel in French) style. The edges could be slightly sharper but feature adequate definition. The polished top is complemented by a swooping midcase with a brushed side and polished chamfers on the top and bottom edges. I would’ve preferred the case top to be brushed like the case side, but that’s down to personal preference. 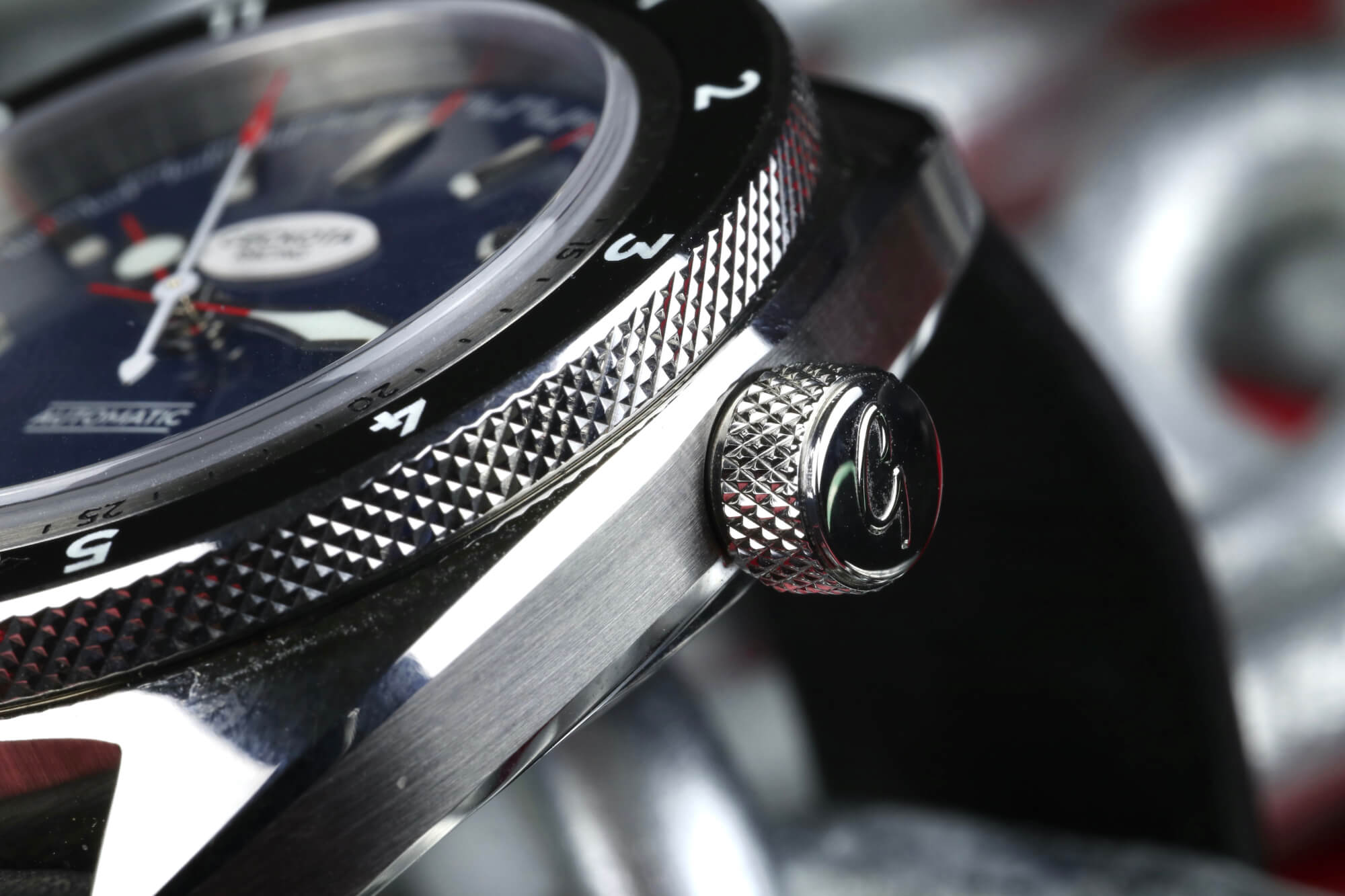 The very worst thing about this watch—the only truly bad thing—is the bezel. The knurled edge adds texture to the watch, and matches the knurling on the 3 o’clock crown—no problem there. There’s a lumed 12-hour insert with a concentric metal 60-minute insert—no problem there. But the bezel is so hard to turn I now know what it’s like to have arthritis. Brands, please take notice: your bezels should not be so hard to turn that the watch twists with it and your fingers slip when trying. Good riddance. 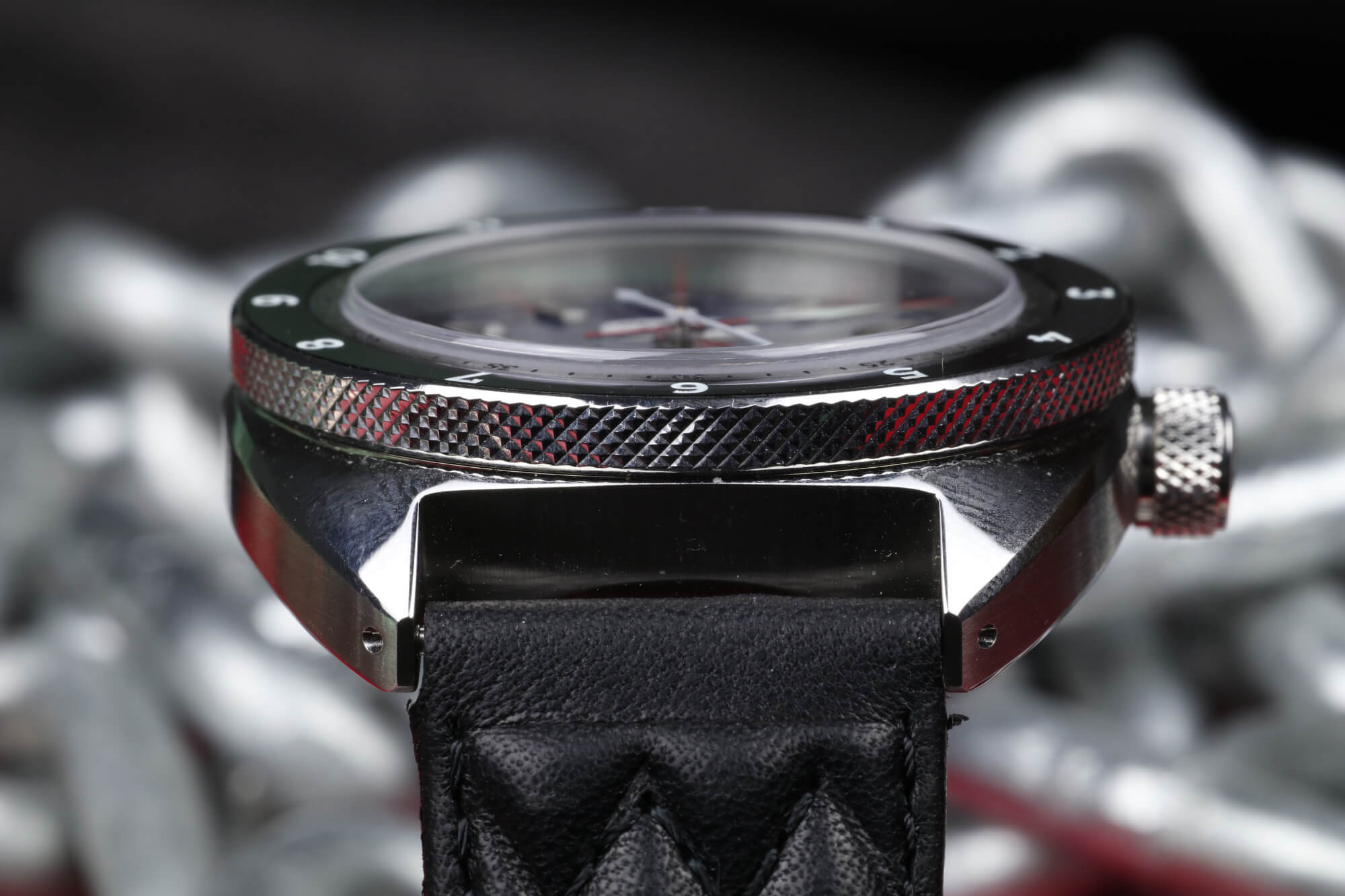 A screw-down caseback features little decoration or even text. It’s not uncommon on more affordable watches to have every bit of spec etched into the caseback. On one hand, I appreciate that Geckota didn’t feel the need to boast over specifications that are common. On the other hand, a little bit of effort here might have been nice. Like maybe a race car? Everyone likes race cars. 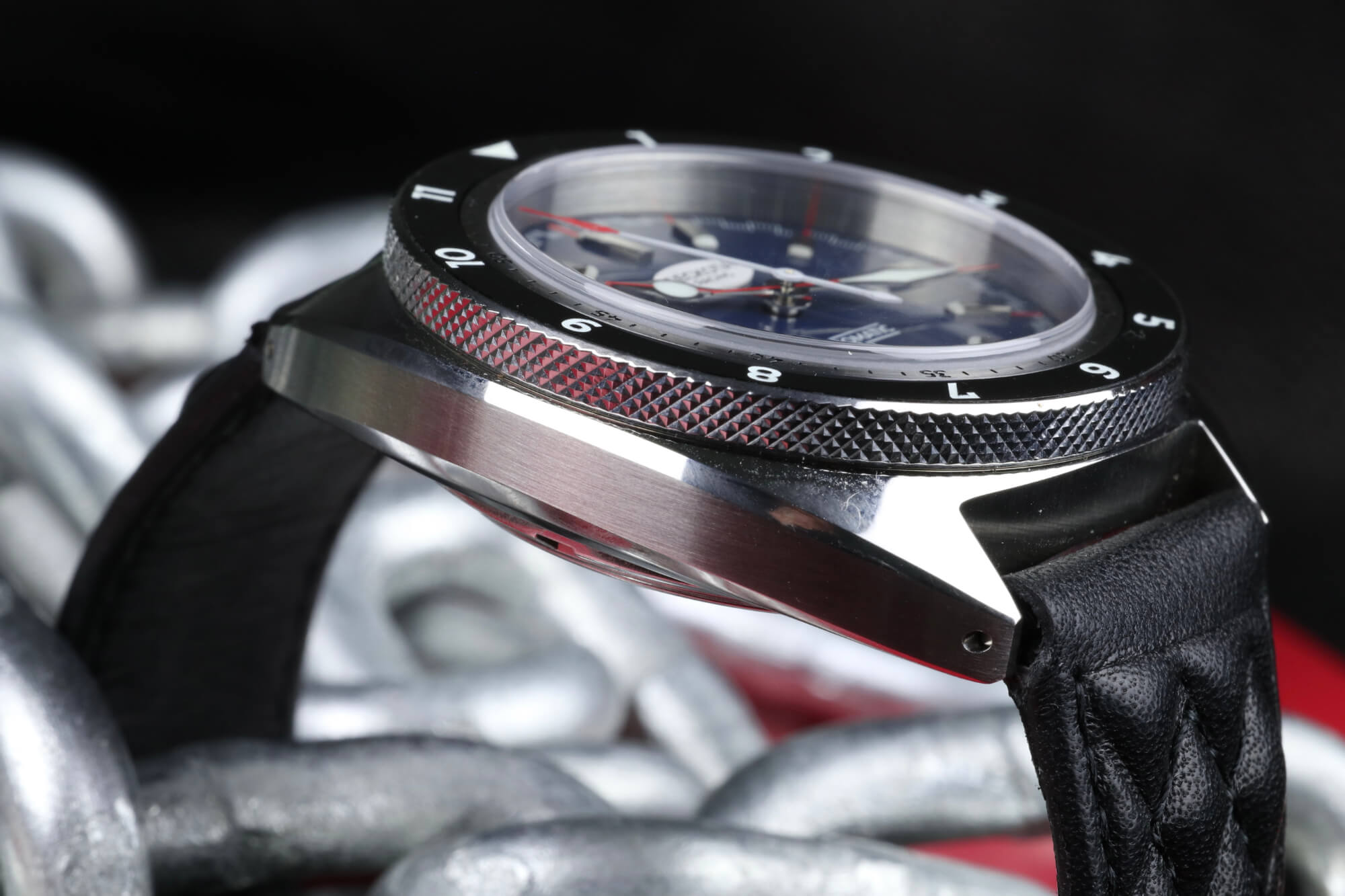 Being produced by a company that started out with straps, it’s no surprise that the one adorning the Racing C-03 is excellent.  About half the strap features quilting, while the ends flatten to facilitate fastening. In addition, I tried the watch on a great Barton Bands Elite Silicone and quite enjoyed it. NATO-style straps are going to be a challenge on the 15mm case but Geckota has smartly added cutaways to the case at the lugs to allow for more clearance. Strap up at your own risk. 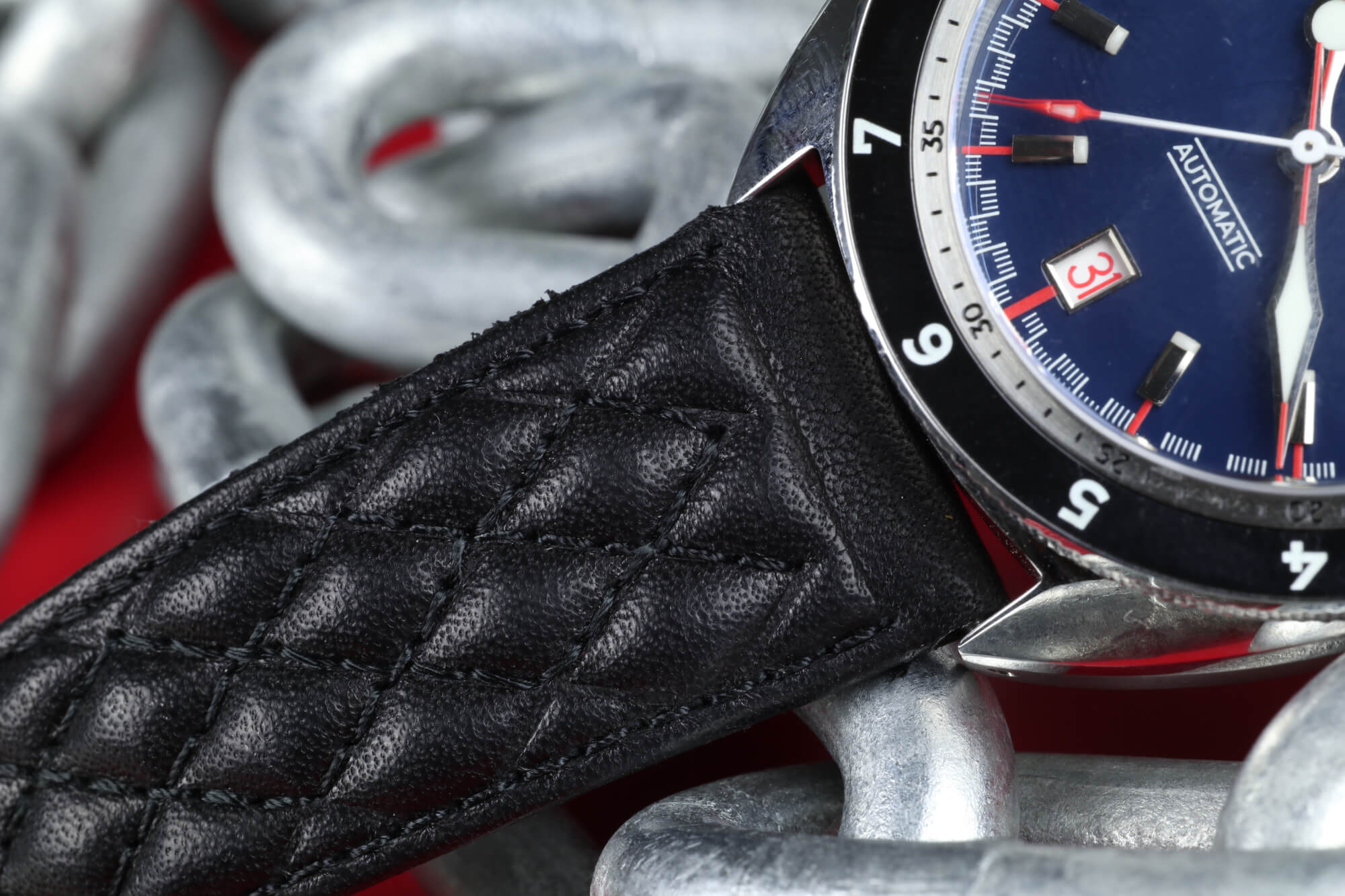 WatchGecko’s foray into the watch business didn’t surprise many, but it has garnered a lot of opinions. And the opinions are mostly about the Geckota name. I don’t mind it, and I don’t think you should, either. It’s just some letters. There are plenty of brand names that don’t make sense (what the hell is a Rolex?). Looking beyond the name—like it or hate it—they’ve wasted no time in releasing a string of diverse, well-designed watches, from a jump-hour regulateuer to a quartz GMT.

The Geckota Racing C-03 offers quite a bit aesthetically for a very reasonable price. But every element of a watch should be functional, and the effort needed to turn the bezel makes more a burden than anything else. For me this is a deal-breaker. Even still, I keep strapping it on, often in the evening—I really do like how it looks, and it wears quite well, especially considering the proportions.  For the time being it’s sold out on the Geckota site, but can be obtained elsewhere (we’ve provided a link below), though not with the quilted strap. 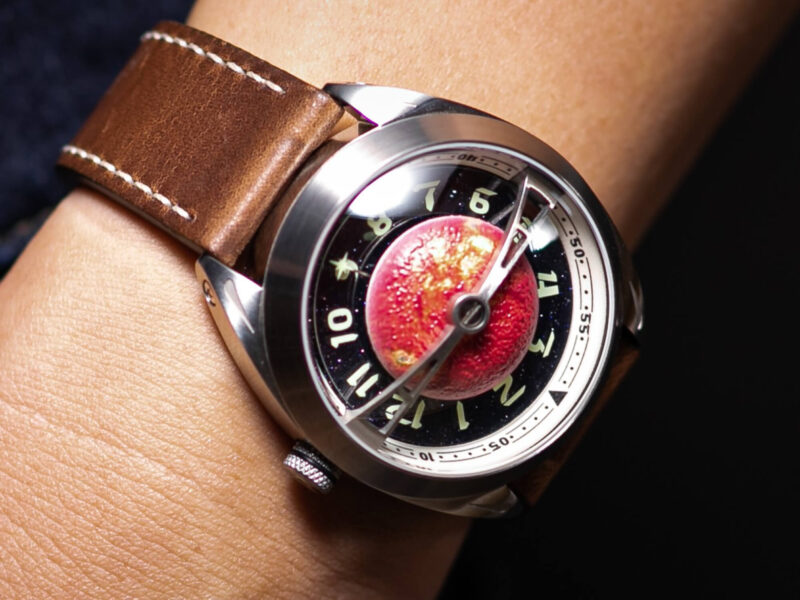 Next
Podcast – Interview with Seals Watches 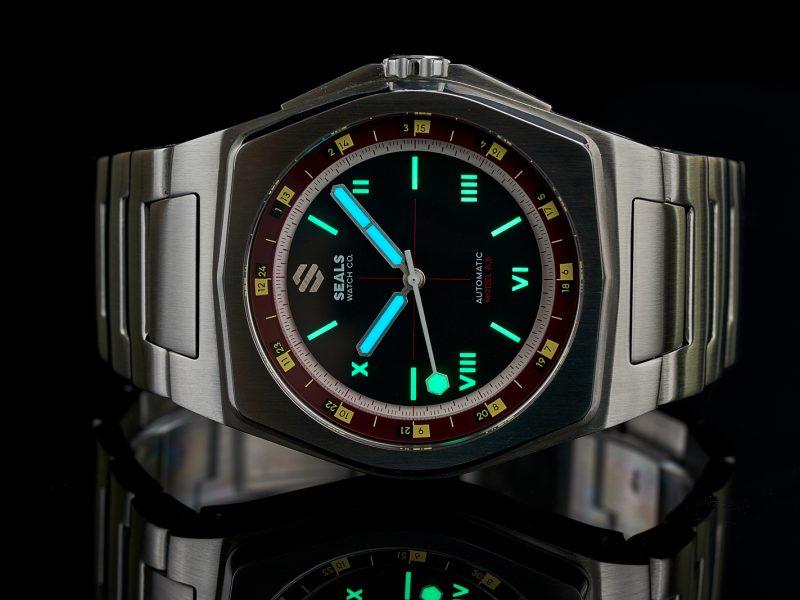 In the 104th Episode of 40&20 we chat with Michael Seals, of Seals Watch Company 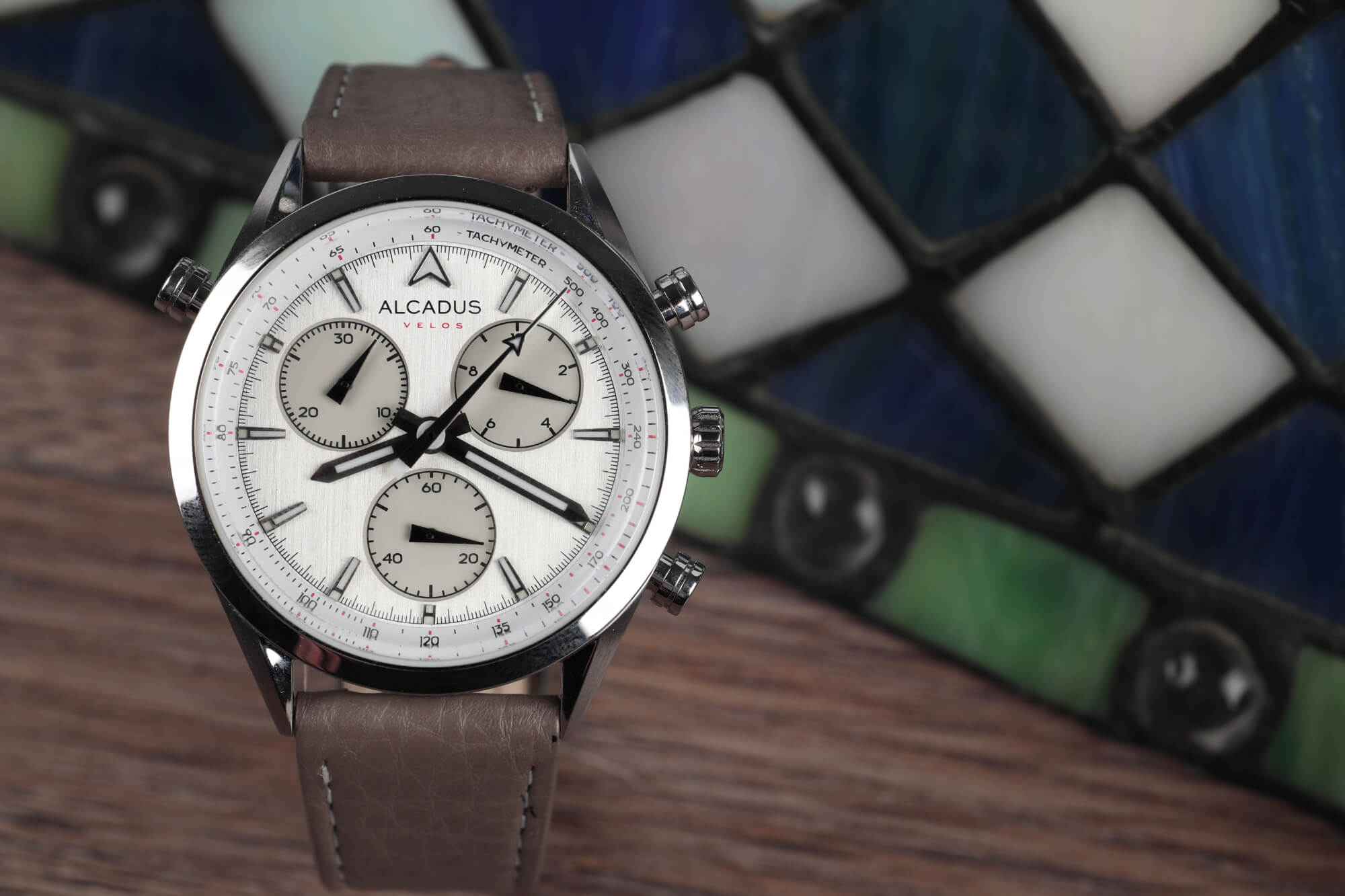 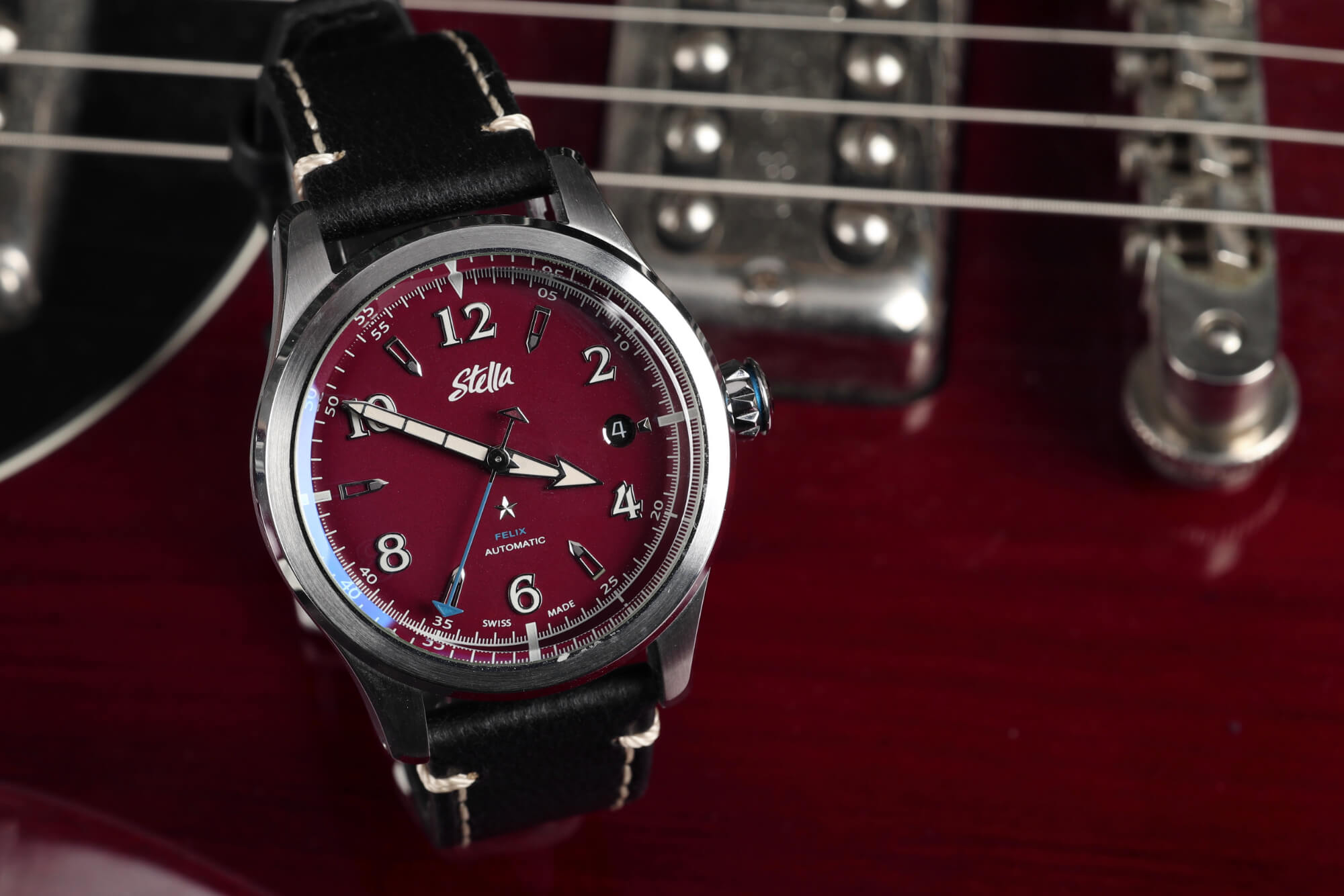 A New York brand with a very New York watch 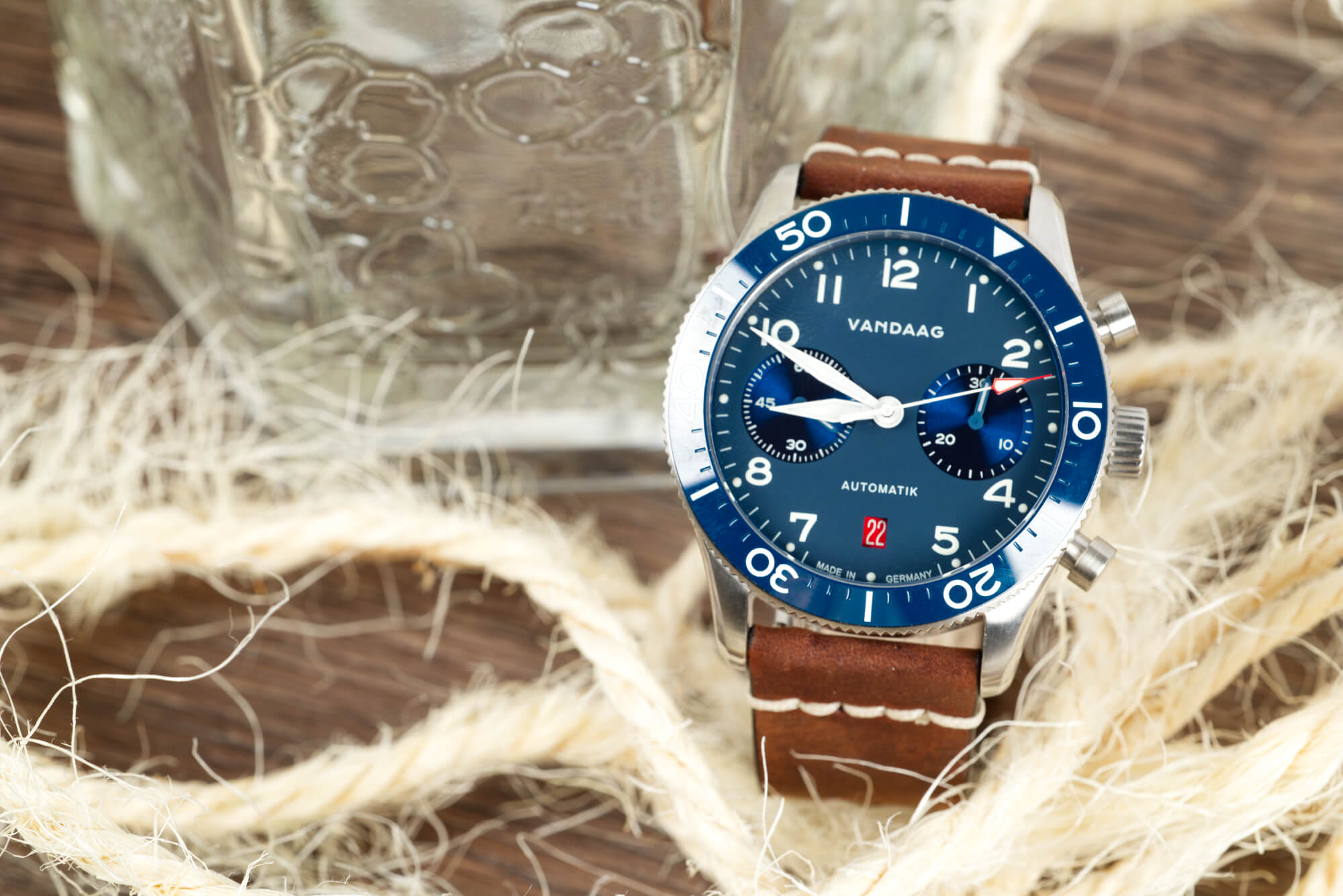 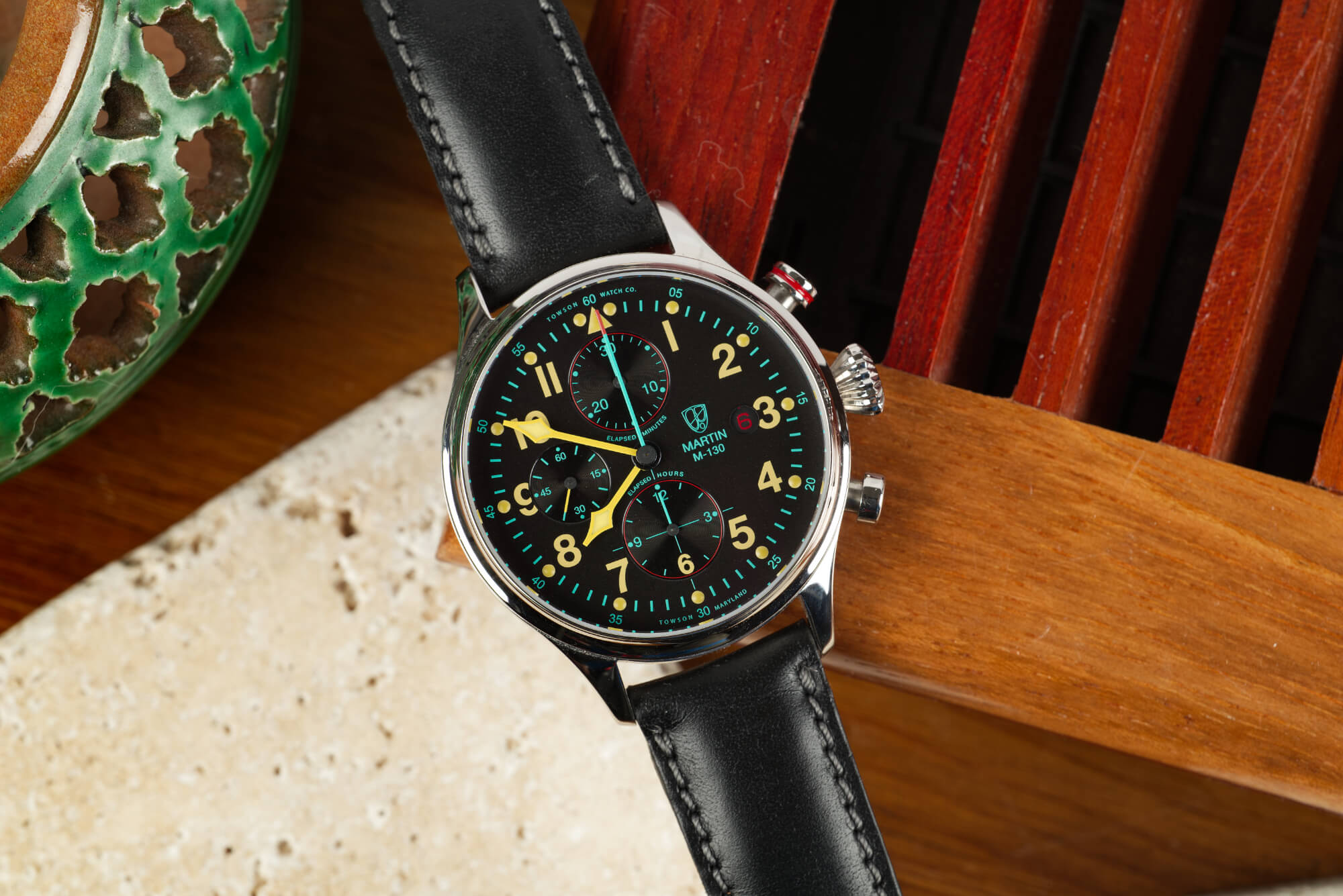 The Baltimore-based brand presents a chronograph inspired by a legendary