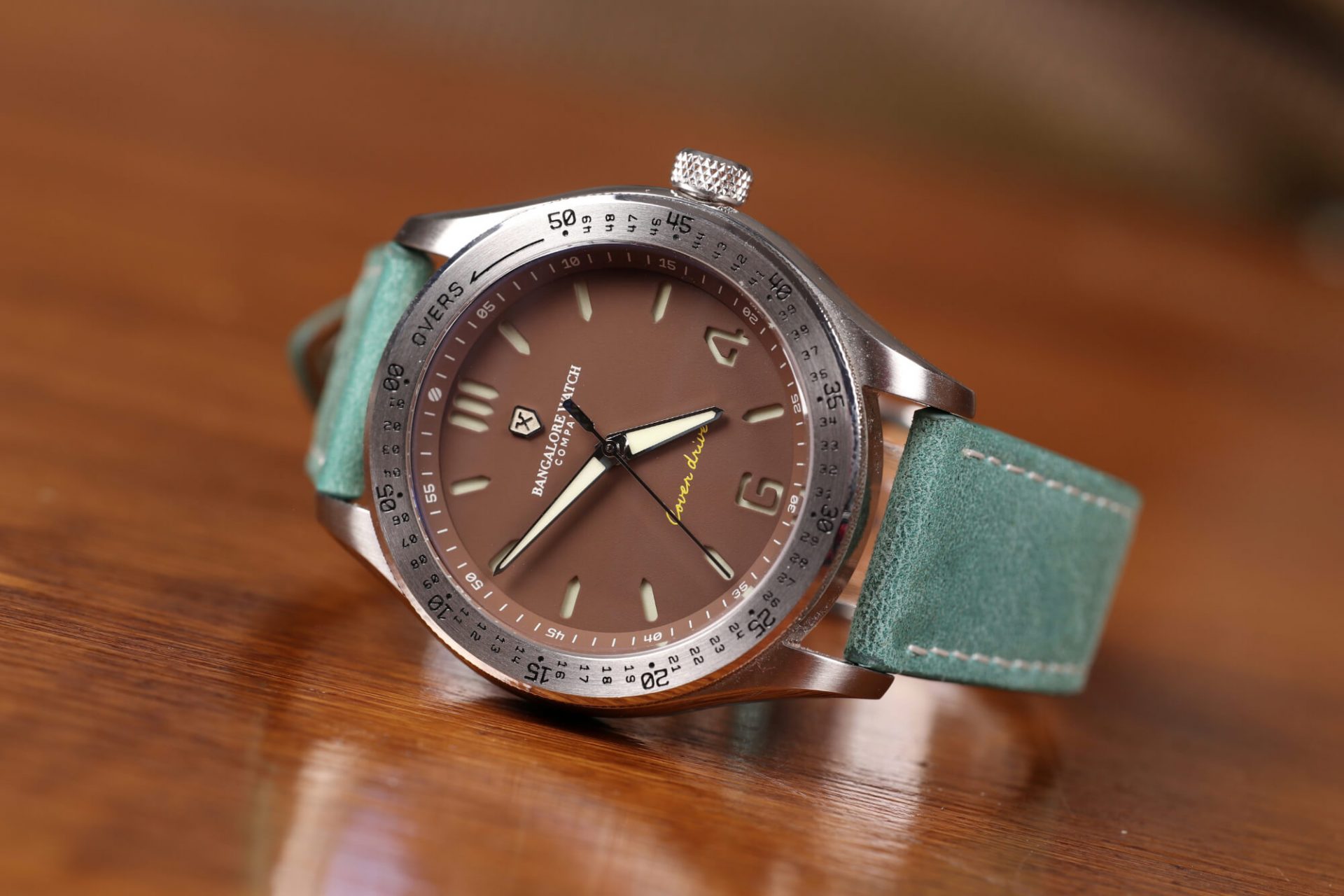 Though it may be perfectly evident, Bangalore Watch Company is an Indian watch brand. The only way one may not be able to deduce that is a lack of geographic knowledge or a watch-industry cynicism that is so entrenched that you question the authenticity of a brand including their home city in their name. I’m worried for you either way (but honestly, more so for the latter). India is no stranger to watch brands. HMT is the dead elephant in the room, having reigned supreme for decades, been crushed by the quartz crisis, and limped along for as long as they could until in 2016, after years of mismanagement, they shuttered their doors.

Much like in the United States, the majority of bewatched Indian wrists are strapped with hot garbage—whether a homegrown Indian brand like Titan (part of Tata Group) or any number of other globally popular brands. But Bangalore Watch Company aims to be—and is—different. While their debut dress model didn’t do much for me, their sophomore effort, the MACH 1 was one of my favorite watches from 2019. It may not surprise you then, that I was excited for their newest offering, the Cover Drive. A watch designed for the cricket lover (so, everyone in India), I can assure you that you needn’t love nor even know anything about the sport to love the watch.

First, what is a “cover drive?” Well, I had to look it up, but if you’re familiar with baseball, it’s the equivalent of driving the ball right in between the left (or right, depending on handedness) and center fielders, towards the back wall. In cricket, it’s when the batsman angles his foot and the bat to allow the ball to be driven toward the covers (about 2 o’clock for a right-handed batsman). The cover drive is considered one of the most graceful shots in the game.

The Bangalore Cover Drive is an easy wearing timepiece. At 40mm, it sat upon my 7in wrist perfectly, and frankly wears more like a 38mm watch; this is owing to the 38mm bezel and 38mm case width between the lugs.  While the watch is sized well for a top down view, it’s about 12.5mm thick, and wears slightly taller on the wrist than I’d prefer. Finishing is top notch throughout the Cover Drive, with great knurling, polishing, and brushing for a variety of light-catching opportunities.

The sandwich dial is highly legible and full of nods to cricket, from the shapes of the indices and the seconds hand to the 4 and 6 markers. Lume is solid and well balanced for a sandwich dial, which almost always have dial markers that are dimmer than the hands. And the dial is surrounded, of course, by a very unique bezel which allows the wearer to track overs (one over occurs after 6 bowls, triggering the fielding team to switch ends and the bowler to rotate out). And if cricket isn’t your thing, you can use the bezel as a 50-minute countdown timer (which I did, with great ease).

The Cover Drive comes in colors that continue the cricket theme—black (The Pavilion), green (The Outfield), and brown (The Pitch). The brown that I received is certainly not a conventional watch color. Aside from some ghastly Hublot dials made from nontraditional materials, I can’t think of many dials with the color. But the unique dial doesn’t make a challenge for straps. All the watches come on a different brown leather with a branded tang clasp, each tailored to the dial color. But brown is a friend of many hues, and I found it easy to pair with a number of my own straps. I must admit, I would’ve loved to see with one on a bracelet—BWC has yet to release one for any of their watches, though.

There are several things about the BWC Cover Drive dial that make it special. We’ve all seen sandwich dials before, and the Cover Drive’s is executed simply but well. Looking at the sandwiched hour markers, we see bat-shaped cutouts, with the three at 12 o’clock representing a wicket. And then there’s the 4 and the 6. I’m not typically a fan of arbitrary numbers on a dial without any, but here they are a nod to the boundary shots—a batsman can score four runs for his team by sending the ball past the boundary line, 6 if it’s done without a bounce.

Lume is applied evenly to the obelisk hands and the hour sublayer. As mentioned, the cutout indices shine a bit less bright as they are buried a bit. You’ll note the counterbalance on the seconds hand is also shaped like the cricket bat, another nice touch. Having this watch on the wrist and writing it up here, I’m impressed by how many cricket nods were packed in without making the watch gimmicky at all.

The brown of the dial is precisely the color of dirt. Good, solid dirt. The kind that’s fine and dry and dusts off easily. Here, it resembles the pitch, so it’s fitting. On the other dials, the green represents the outfield’s grass, and the black the most exclusive area at a cricket ground, the pavilion. All three dials are offered in a matte finish, with matching rehaute displaying a minute track. At twelve on the minute track you can see a cricket-ball styled marker.

Rounding out the dial are the applied BWC logo, the brand name, and at 6 o’clock, the model name. No, I do not know why they didn’t capitalize “drive.”

While the watch measures 40mm, it wears far closer to 38mm, down to the bezel, which catches the eye far more than the case sides. The bezel’s knurling is matched by the 3 o’clock crown, and according to BWC, was chosen to mimic the texture of a cricket bat’s grip. A great use of extant finishing for the cricket theme. I mentioned that the watch wears taller than I prefer. But don’t be mistaken: this is not a thick watch; 12.5mm is perfectly normal for a bezeled watch. How it wears is as much to do with the case design as it is with my wrist shape and personal preference.

One of my favorite elements of the Cover Drive is the alternating finishes at 3 o’clock. Across six surfaces, BWC uses three different finishes to create both separation and cohesiveness: Starting with the brushed bezel, then the polished beveled edge, the knurled side, a sliver of brushed case top, the polished case chamfer, and finally the crown’s knurling.

None of that would be exceptional if it weren’t for the crisp edges and finishing—a 8/10 just because perfection is hard to achieve no matter how good you get. I love, too, the bezel itself. The brushed finishing, the blackened text and markers, the polished chamfer. While any thicker would’ve thrown the watch out of balance, it also would have made it perfectly operable. As is, you’ll find better grip at 12 and 6 than in any other position. But once gripped the unidirectional bezel turns easily and satisfyingly with each of the 120 clicks.

So why would you want to track overs? Well, the two most common types of cricket involve games of 20 or 50 overs per team. Each team has one inning of with the designated amount of overs to score as many runs as possible. The excitement, I’m told, really ramps up when the second team has their go and starts to run out of overs to even or beat the score. While the number of overs remaining are often digitally displayed or visible on the scoreboard, the BWC Cover Diver offers cricket enthusiasts a more tactile and admittedly old fashioned way of manually tracking overs. As a hoarder of outmoded timetelling devices, I can get on board.

Despite only a push-pull crown, the watch has a completely adequate 100m water resistance, and as such, I’d say we can call this a go-anywhere, do-anything-especially-cricket watch. Rolling the watch over, the caseback is even more explicit in the watch’s intent: “Celebrating Indian Cricket,” and a batsman depicted executing a cover drive. The screwdown caseback also features specs on the sloped side.

The quick-release 20mm leather strap included with the watch is sturdy and pliable, exactly what I want in a new strap: a new strap should be workable and comfortable from the get go (spare me your alleged high quality leather with 5mm of padding and a 3 week break-in period). While drilled lugs would have been my preference, and not out of place on such a watch, their absence was not a problem for me. I was able to carry the Cover Drive on a number of options, including black rubber.

I think it would be easy to write off the Bangalore Watch Co. Cover Drive as a gimmicky, niche watch. Let me address the second part of that first: outside of the Americas, cricket is arguably one of the most popular sports in the world, with an estimated 2.5 billion fans (baseball has an estimated 500 million fans and American football doesn’t even make the list). With that in mind, the suggestion that the Cover Drive is gimmicky is dubious; the watch world is filled with complications and functions of limited true utility or application. And the Cover Drive features a function that an ostensible 2.5 billion people may find useful, even if they don’t actually use it every time they watch a match.

Perhaps most impressive about the Cover Drive is that it manages to include so many nods to cricket without it becoming a gimmick. The only truly overt cues are the 4 and 6 markers and the caseback art and text. Everything else could pass for elements of a well-design and well-executed watch. And they do, with ease. But they also celebrate one of the world’s most popular sports. Call it stealth fanaticism. And I’m a fan.

Check out more tool watch reviews at The Watch Clicker 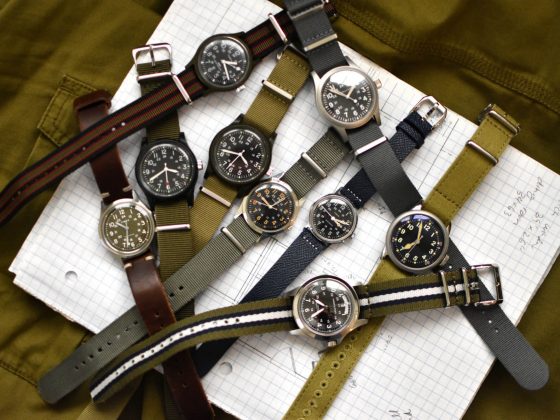 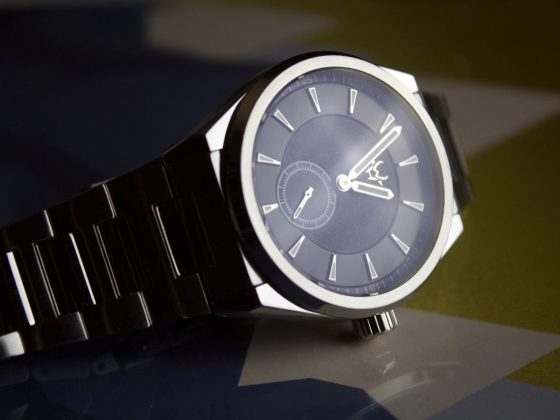 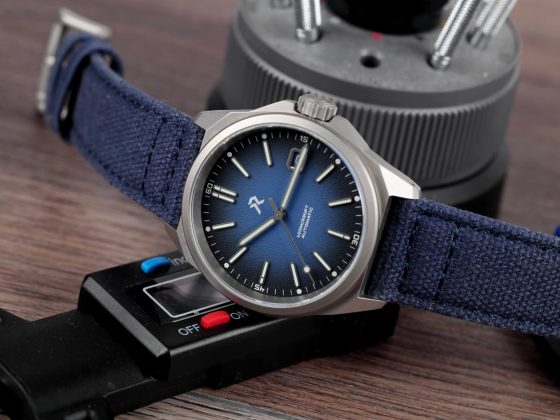 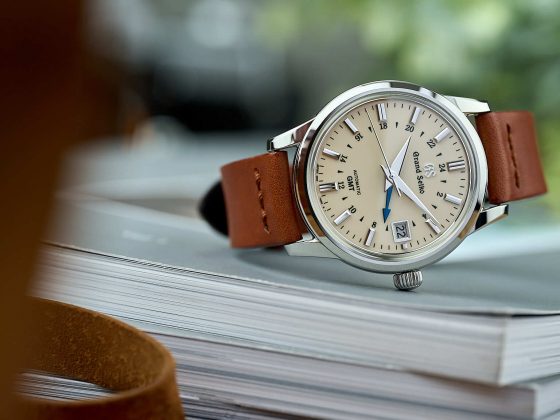