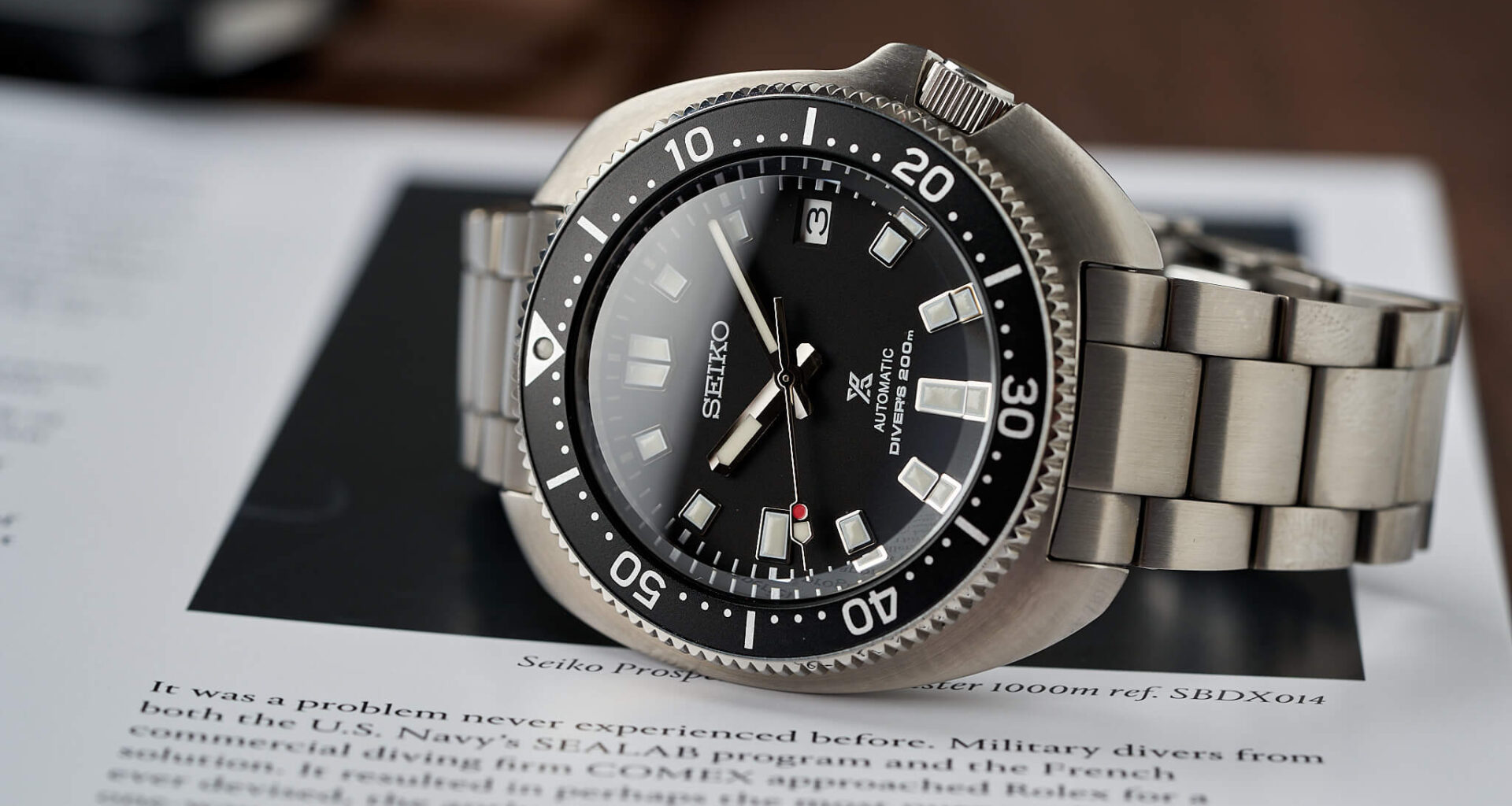 Seiko has been on a tear in 2020 by introducing some of the year’s hottest watches, including the SBDC101/SPB143, which I reviewed earlier this year, and the watch we’re looking at today, the Seiko Willard. The original Seiko Captain Willard featured in the classic war film Apocalypse Now is a cultclassic. The unique case shape evolved into some of the modern watches from Seiko that we all know and love like the Turtle.

Fans have been clamoring for a reissue of the Captain Willard closer to its original size. Sure, the Turtles are great, but at almost 45mm, they are too large for some wrists. Seiko finally answered the call and introduced the SPB151 (I will refer to it as the Willard for brevity). Like the SPB143, this is part of Seiko’s push up-market and commands a higher price tag than it may have had 5 years ago. I covered this to an extent in the review of the SPB143, so I won’t spend too much time on it here. The SPB143 was one of my favorite Seiko releases in years; let’s see if the Willard lives up to the same reputation. 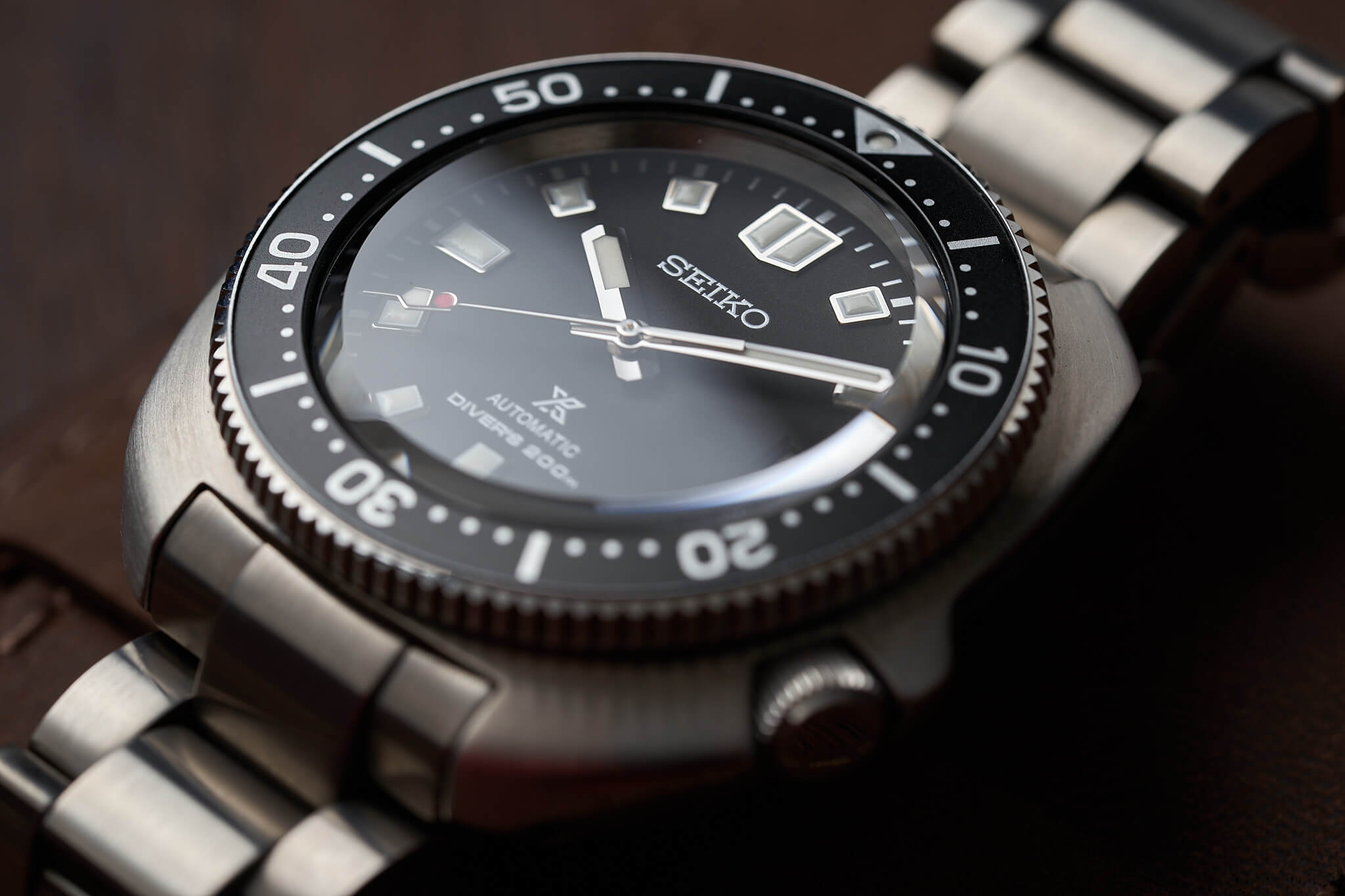 The Willard comes in at 42.7mm wide, considerably smaller than the Turtle but not tiny by any definition.  It’s a Seiko dive watch and has been built as such. The case needs to be wide enough to support a larger dial that would be legible in the dark. I feel like I mention Seiko magic in almost every review, so I won’t harp on it too much here. If you felt the Seiko Turtle had a great case shape but was just a tad too big for your wrist, the Willard is going to feel just right. 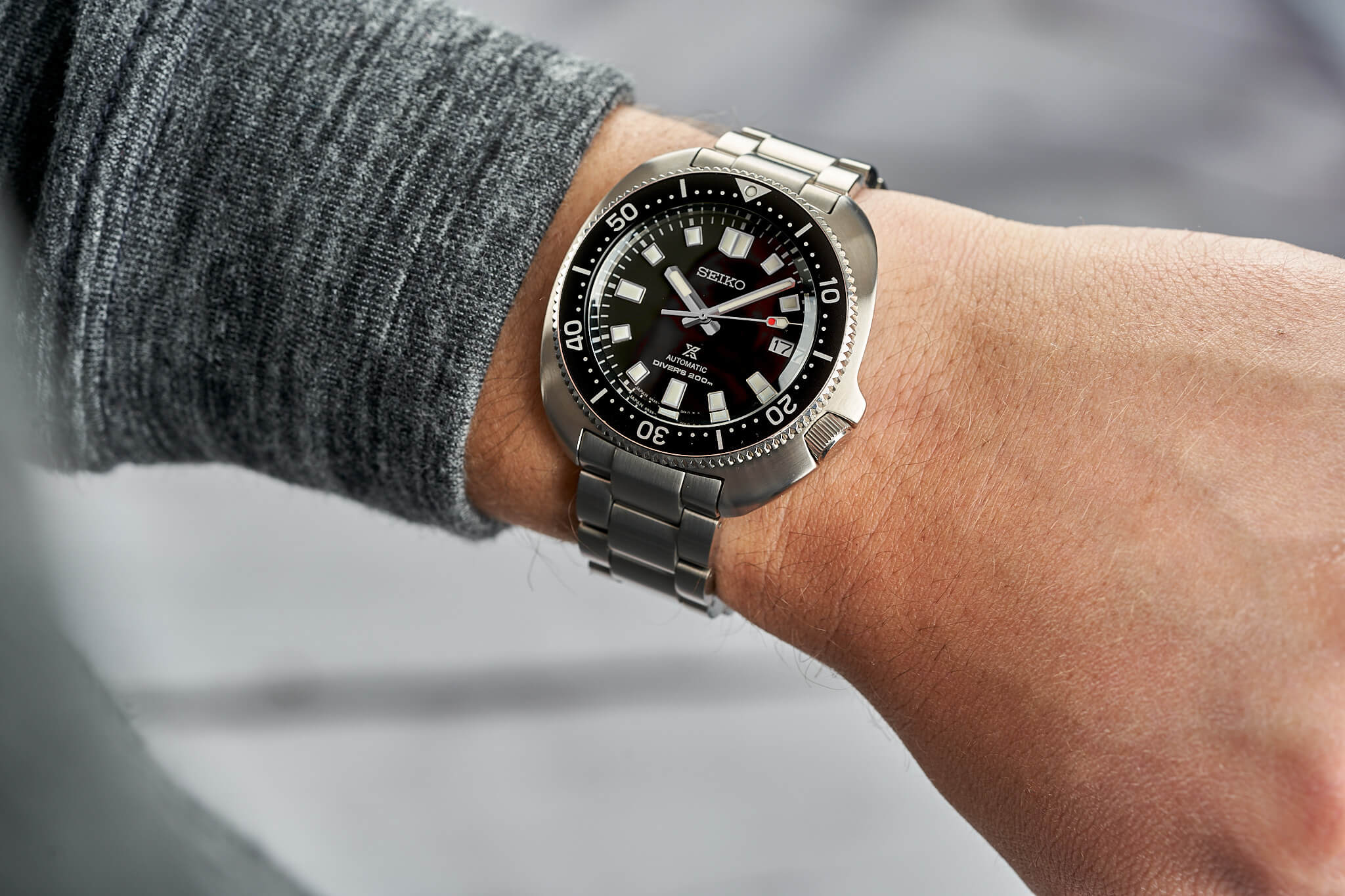 Seiko has managed to create a circular case that feels like a traditional case (one with lugs like we are more used to). The bulbous case curves downward as it nears the ends of the case and allows the watch to sit comfortably on the wrist. It turns down just enough to not be flat. It’s almost as if someone took a ball of putty and mushed it down on top of your wrist. 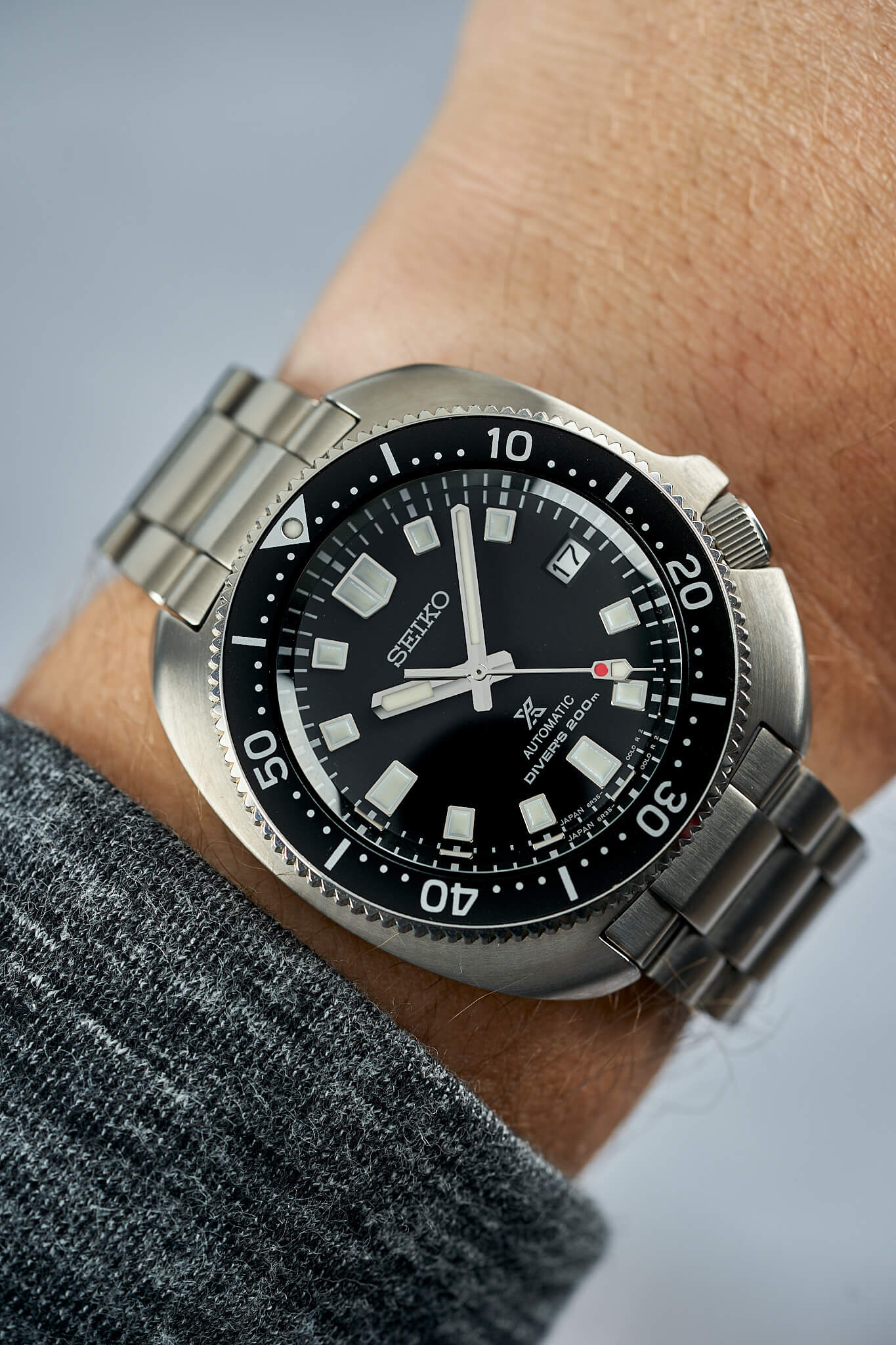 The best word I can use to describe the Willard is quirky. It is one of those watches that looks a little weird when you pick it up out of the watch box but completely changes once it’s on the wrist. When this watch was announced and I was looking at photos of it, I wasn’t sure I would like it at all. My opinion completely changed when I got the bracelet sized and on my wrist. It has heft but isn’t cumbersome. It is larger, but not bulky. It feels just right. 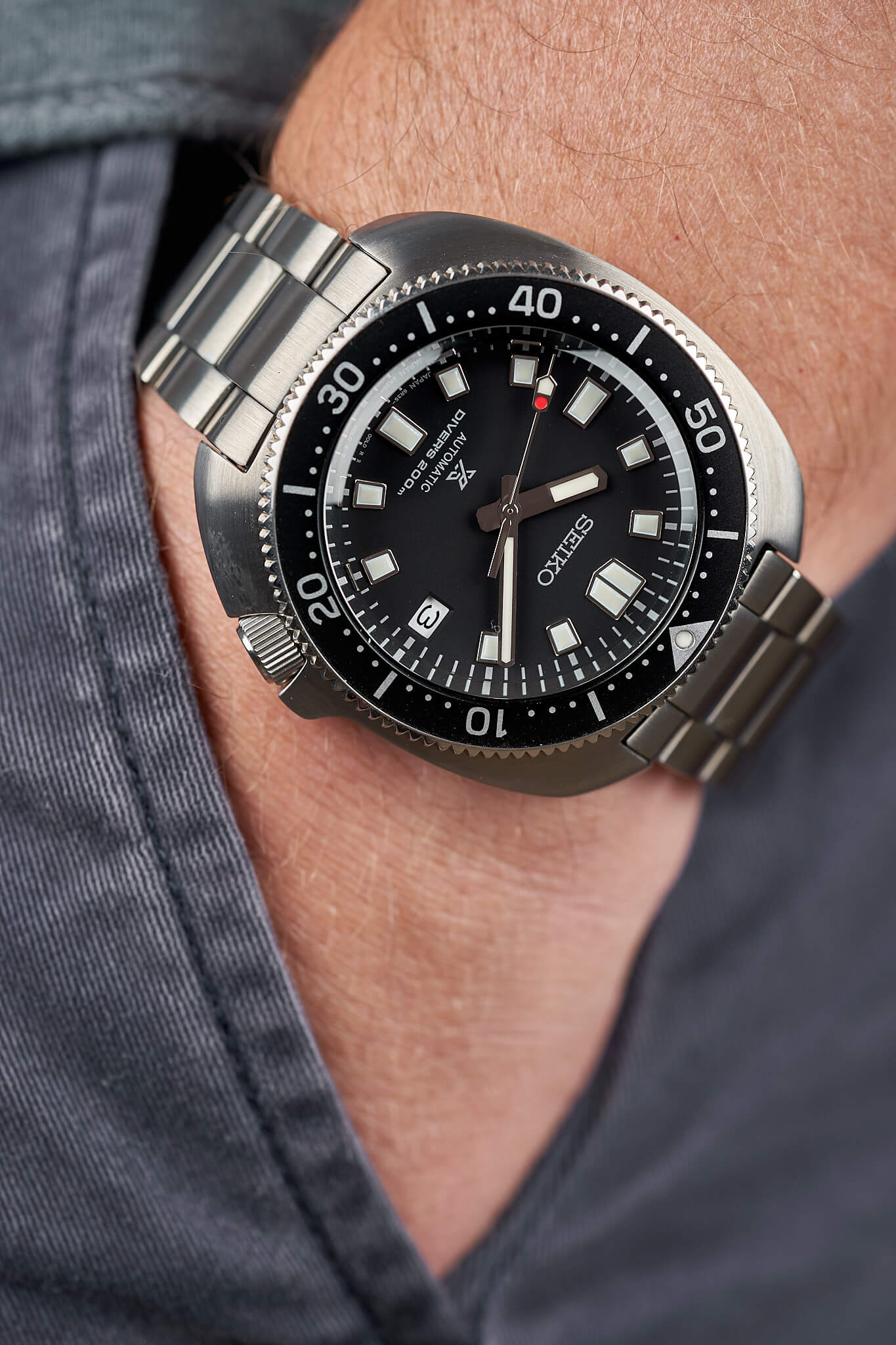 Some of the issues I had with the bracelet on the SPB143 are present on the Willard. The only difference between the two bracelets appears to be the endlinks. The same links and clasp are on both watches. As was the case with the SPB143, the endlink fitment is poor. It is marginally better than the SPB143, but still looks half-finished and doesn’t conform to the case. I’m still surprised Seiko let this pass final design checks.

The most ordinary thing about the Seiko Willard is the dial. As far as Seiko watches go, there isn’t much here that hasn’t been seen before. The applied markers look great and look like the original’s markers. 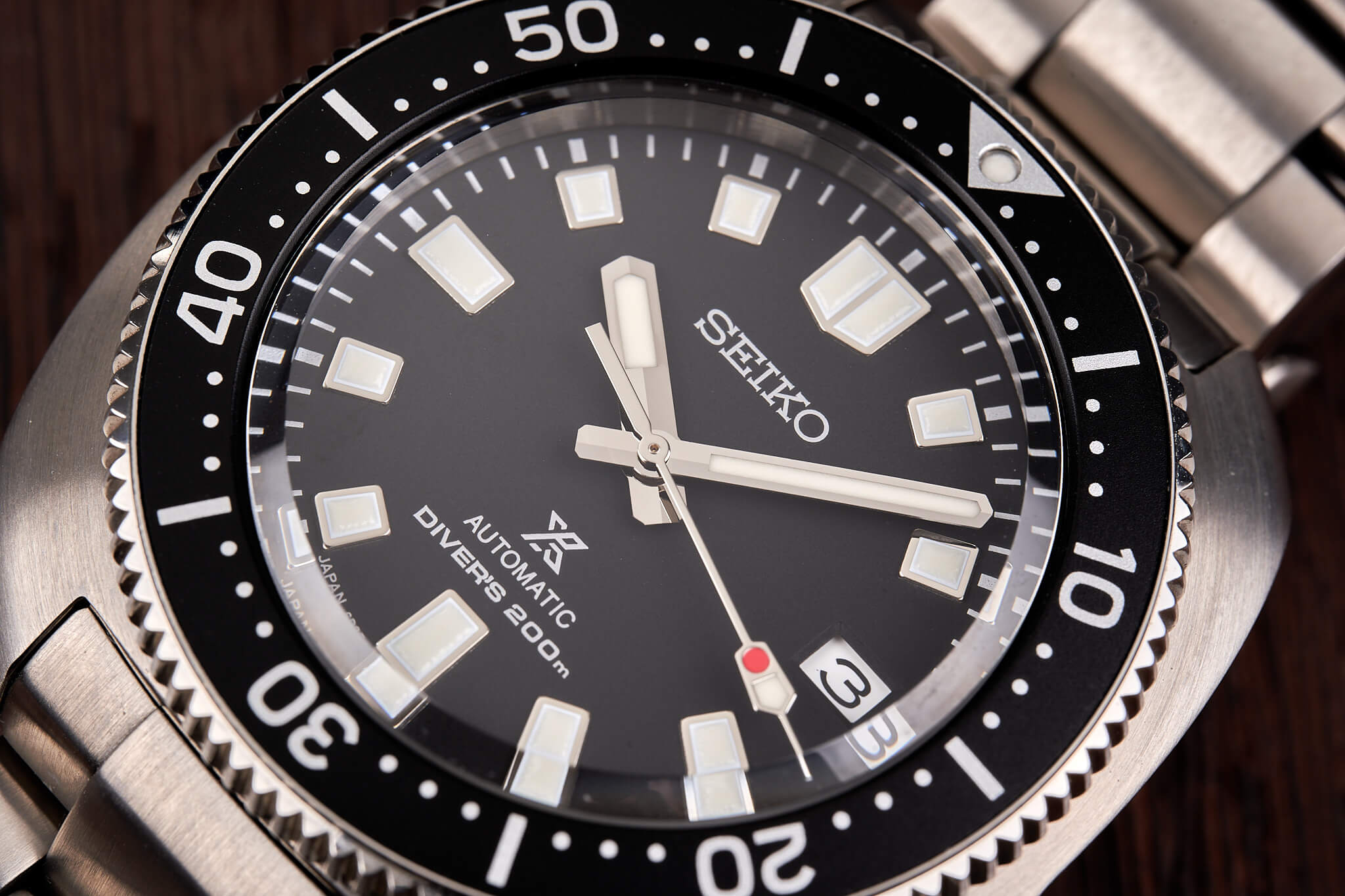 The handset is shared with the SPB143 but has a small difference. The SPB143’s handset had a mix of brushing and polishing whereas the Willard’s handset is completely polished. I liked the legibility it provided (and was necessary) against the gray dial, but the completely polished hands look objectively better. They have a uniform look that goes well with the rest of the dial’s elements. I also prefer the stoplight pip on the seconds hand over the shovel-shaped one on the SPB143.  This is a case where I wish I could pick and choose elements from each watch to create something perfect. 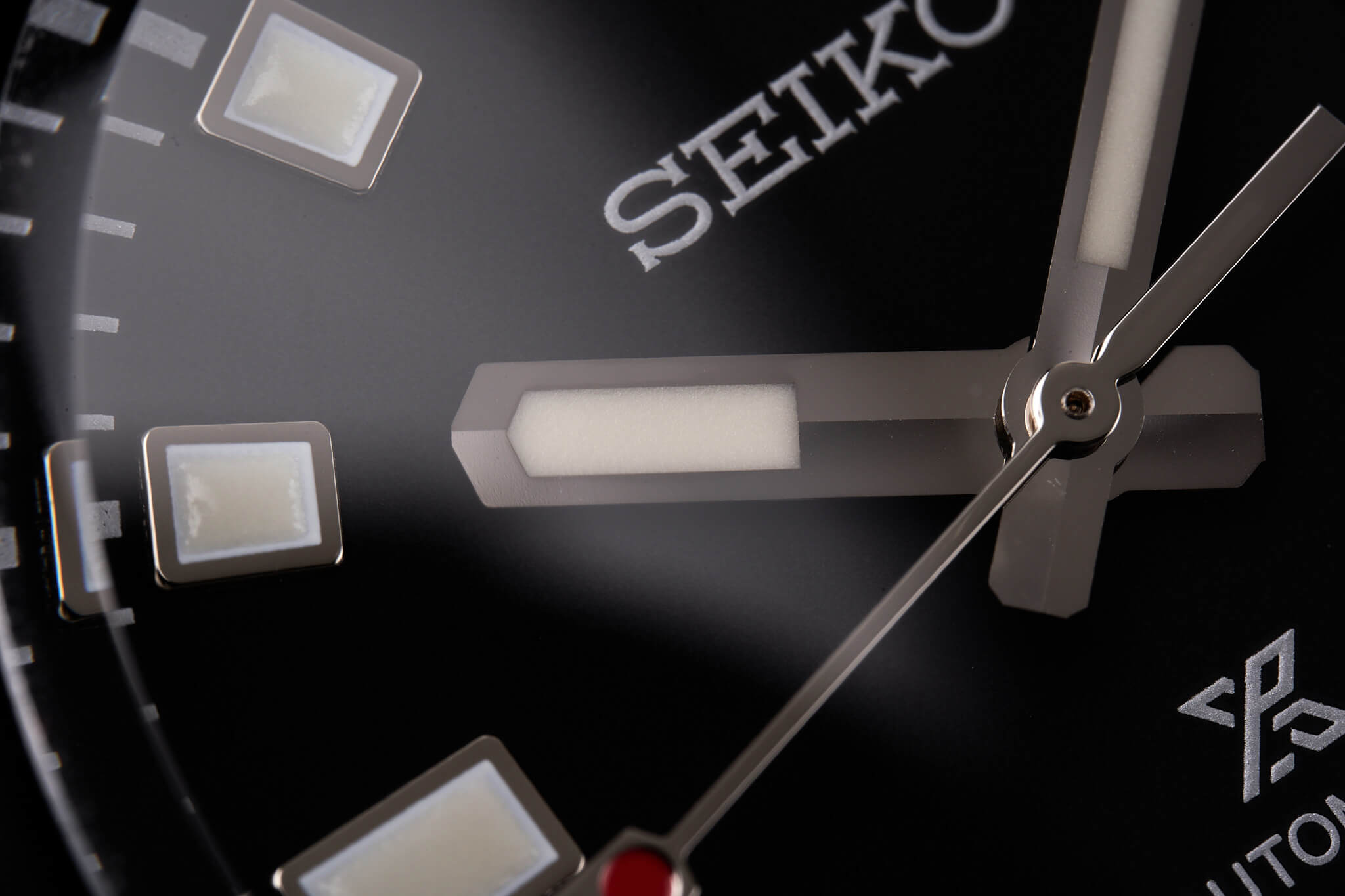 If you are familiar with the SPB143, you will see the same lack of a chapter ring. Instead, the markers are printed on the dial itself. The sapphire crystal has a heavy bevel on the outer edge and when viewed straight on, it creates something that looks like a chapter ring. 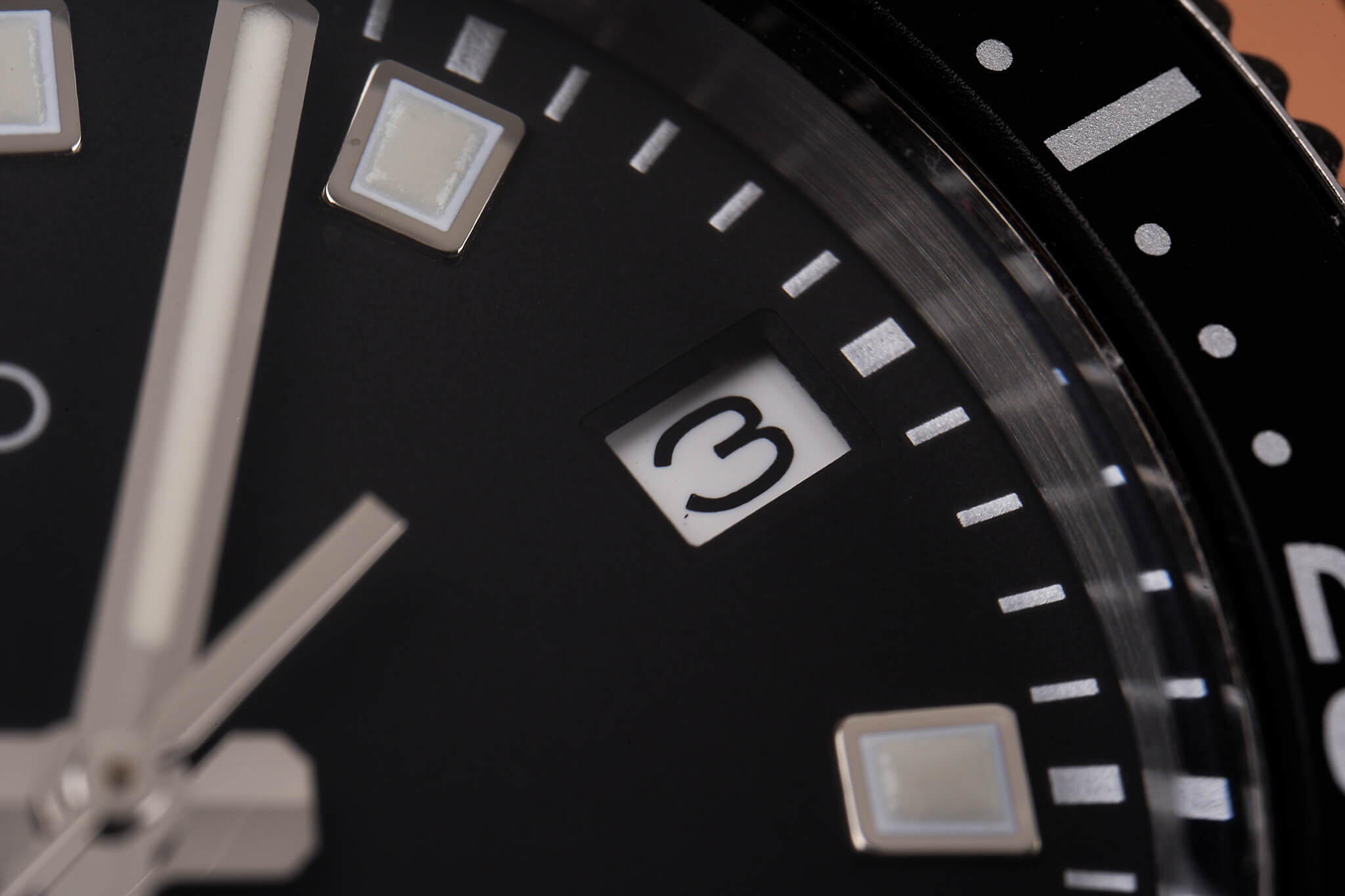 The bezel is like that on other Seiko divers such as the Turtle or Marinemaster 300. It isn’t as wide as the bezel on the SPB143. The bezel action is great; it is easy to grip from almost any position and if you have experience with other premium Seiko divers, you will love its action. The SPB143 I reviewed had an ever-so-slightly misaligned bezel, but this Willard’s was dead on. 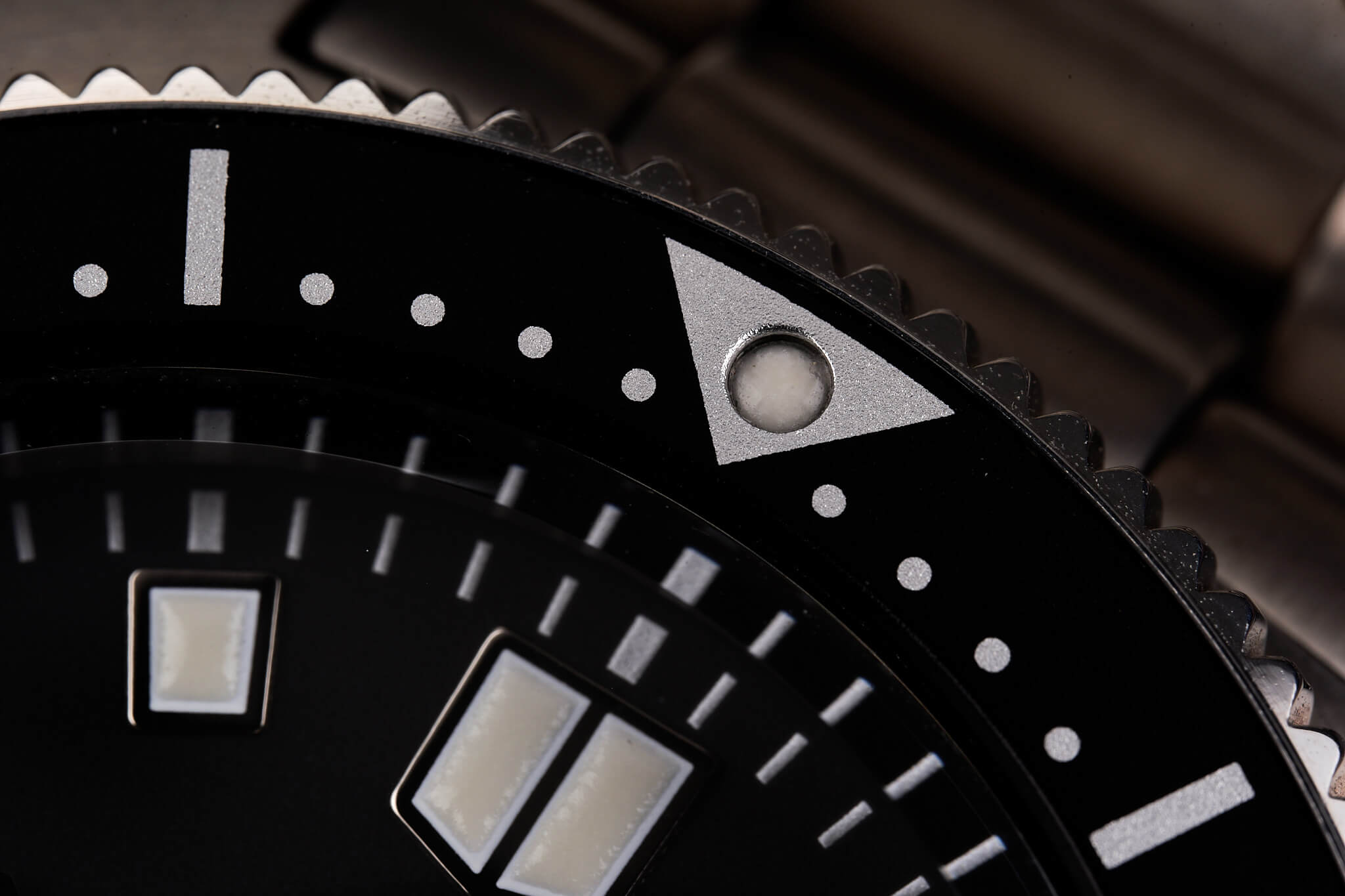 The charm and quirkiness of the Willard is in its asymmetrical case. I was talking to a friend about the case shape and I told him that it is one of those watches that it simply doesn’t look the same in photos. Even my wrist shots don’t look like the same watch to me.  It’s a strange effect, but if you don’t care about what the photos look like you’re going to be happy. It looks and wears great. 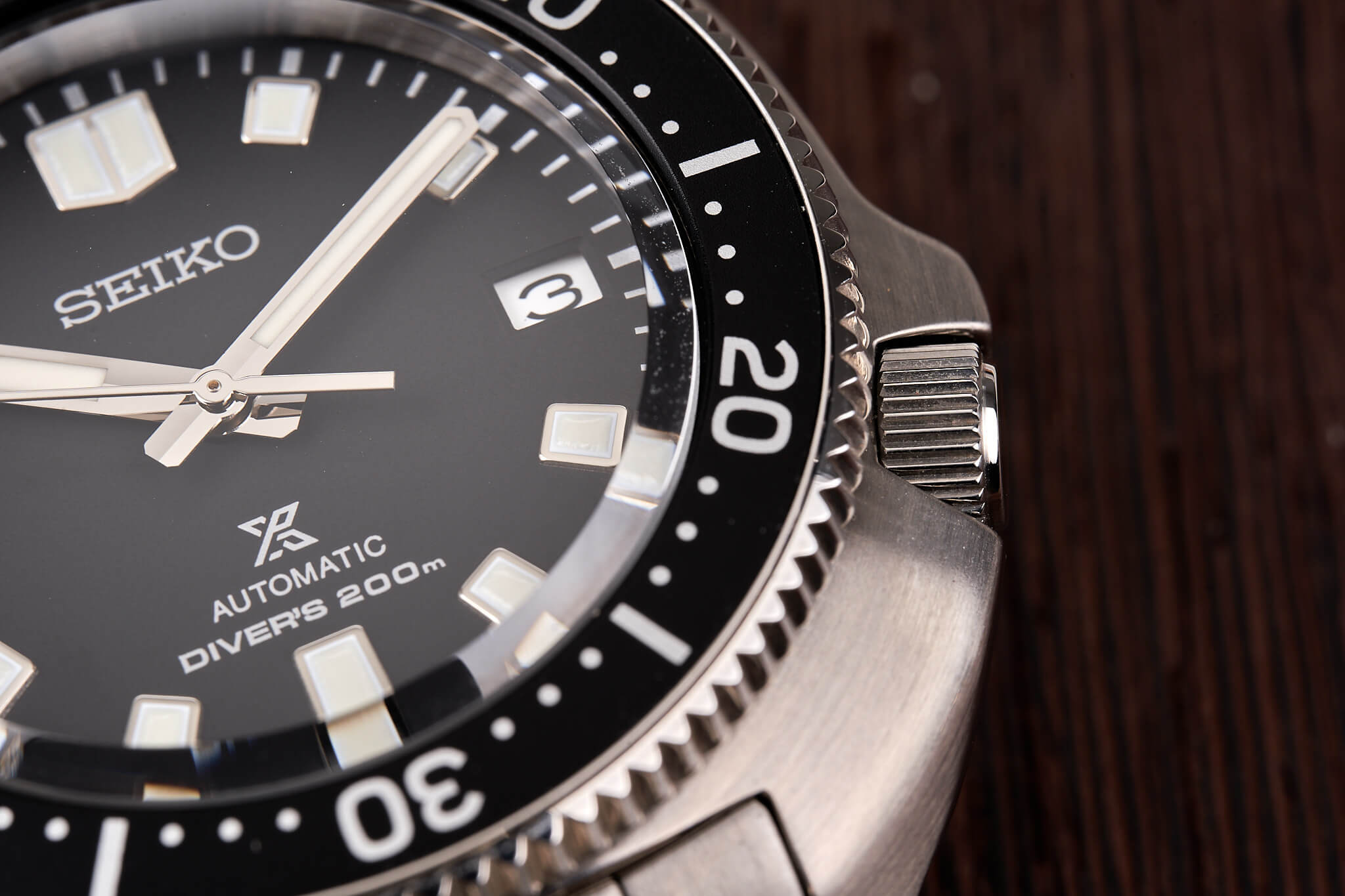 The bulbous case comes to its crest at the crown guards. The case juts out dramatically to surround the crown in an enveloping grasp. The crown nestles in when not being used and is surely protected from anything that could possibly dislodge it. This safety feature is the most visible element on the watch. 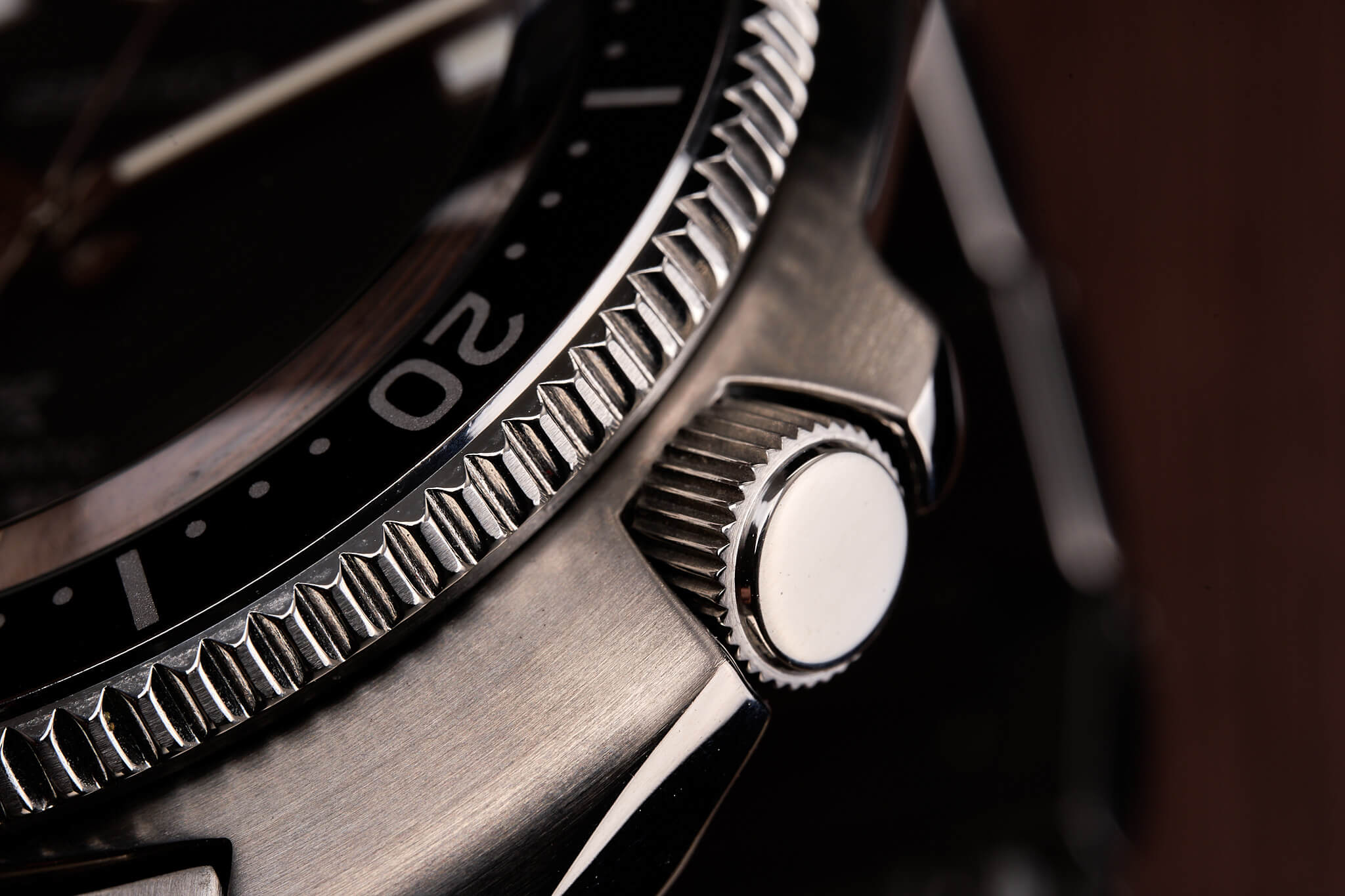 I had some gripes about the bracelet fitment on the SPB143 and I’m sorry to say I have the same issue here. Not only is there significant play in the bracelet’s endlinks (it can be pushed to either side by almost ½ mm), but it doesn’t fit its cutout on the case. It’s not quite as bad as on the SPB143, but for a $1,300 watch this is equally unacceptable. It’s frankly annoying that we need to wait for a potential third-party bracelet for a better fit. 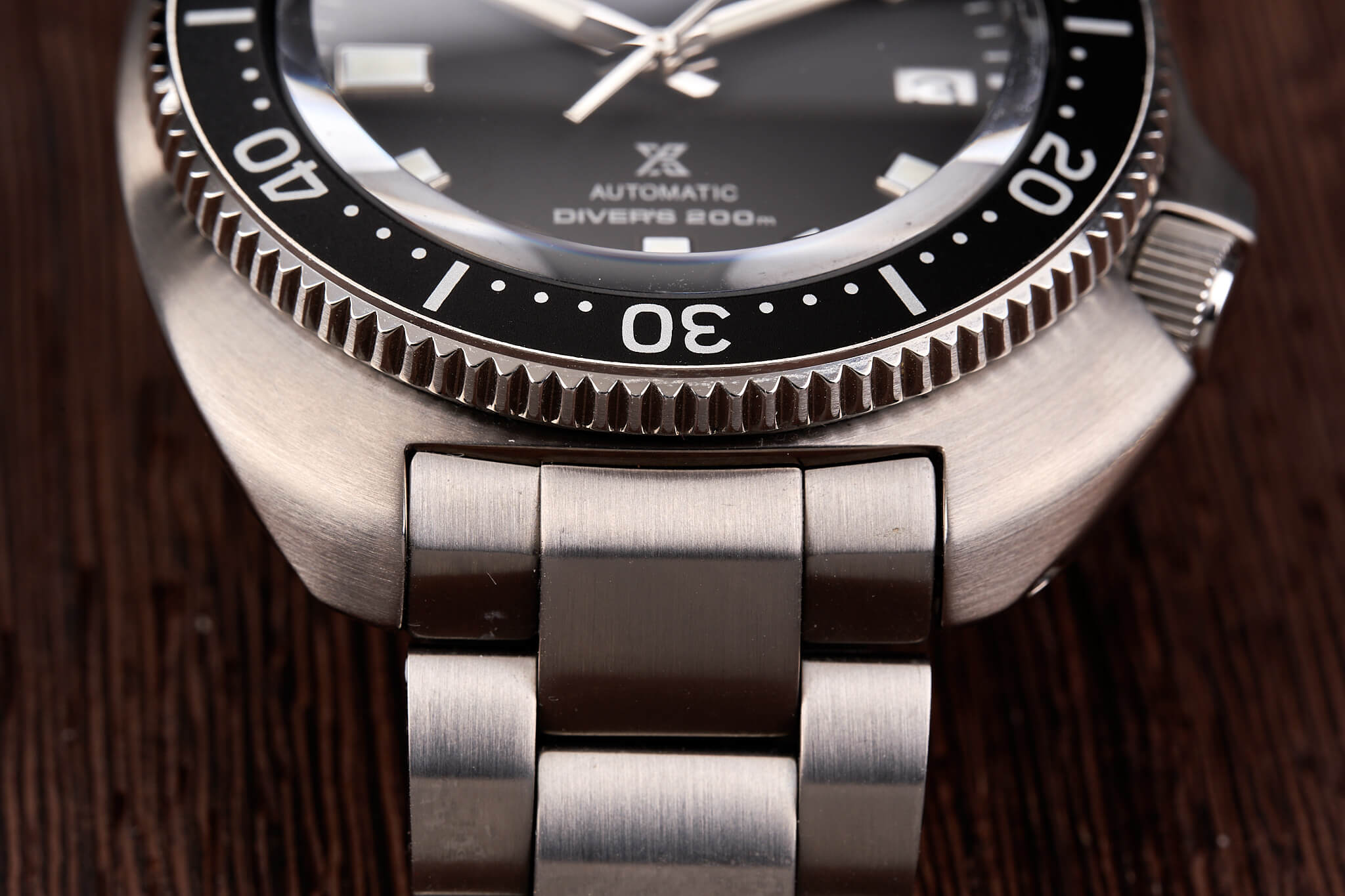 As I mentioned above, outside of the endlinks, the rest of the bracelet is the same as the SPB143. I found it a little too chunky to be comfortable all day and it threw off the balance of the watch. It’s amazing how much better both this watch and the SPB143 feel when they are off the bracelet. 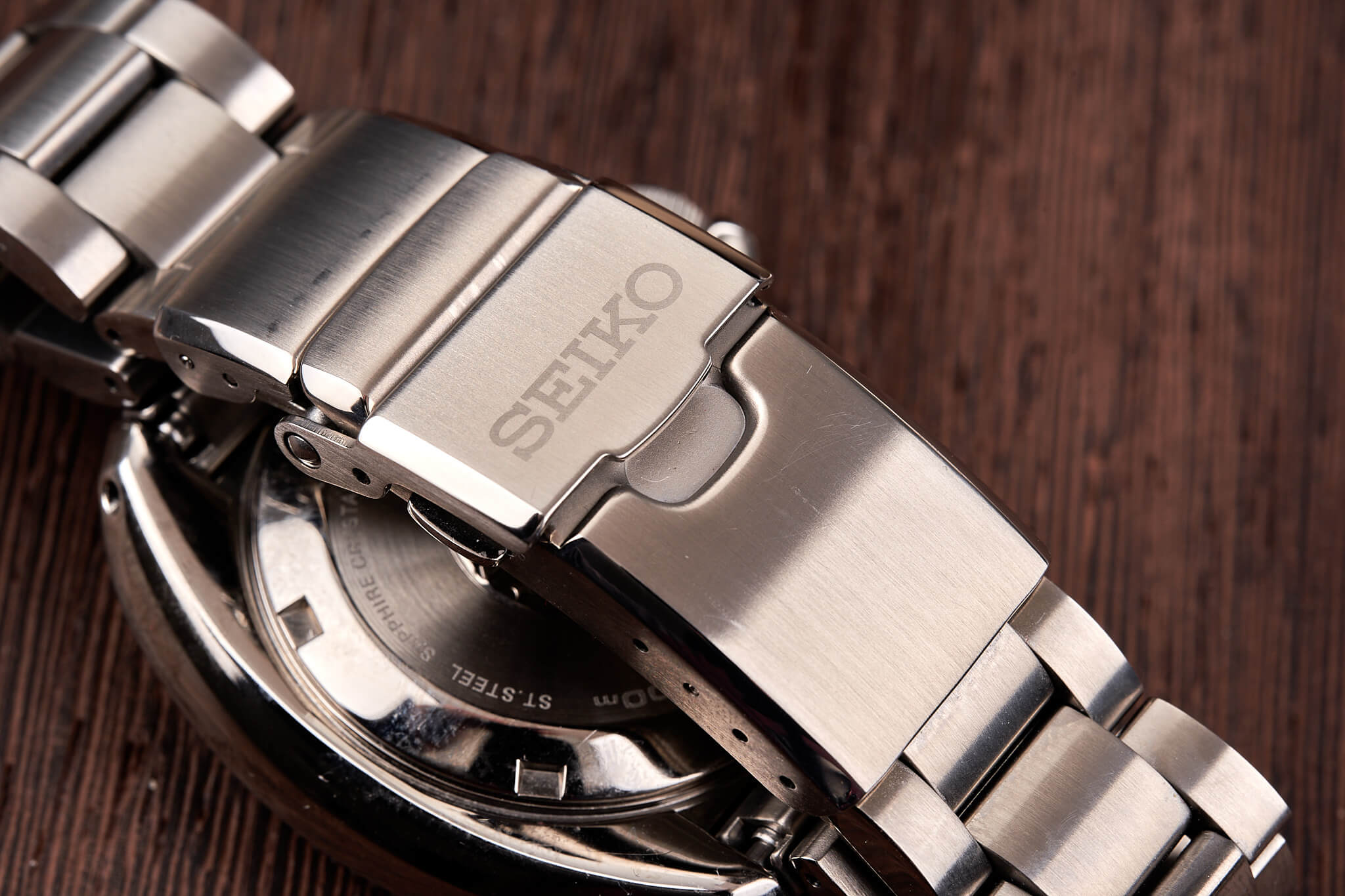 Seiko launched this watch the SPB143 at the same time. While the two watches are undoubtedly different in appearance, their soul is the same. They both are purpose-built dive watches and share their roots in classic dive watches of days gone by. There are going to be people making a decision between the two watches and which one to buy (I know I am one of them). 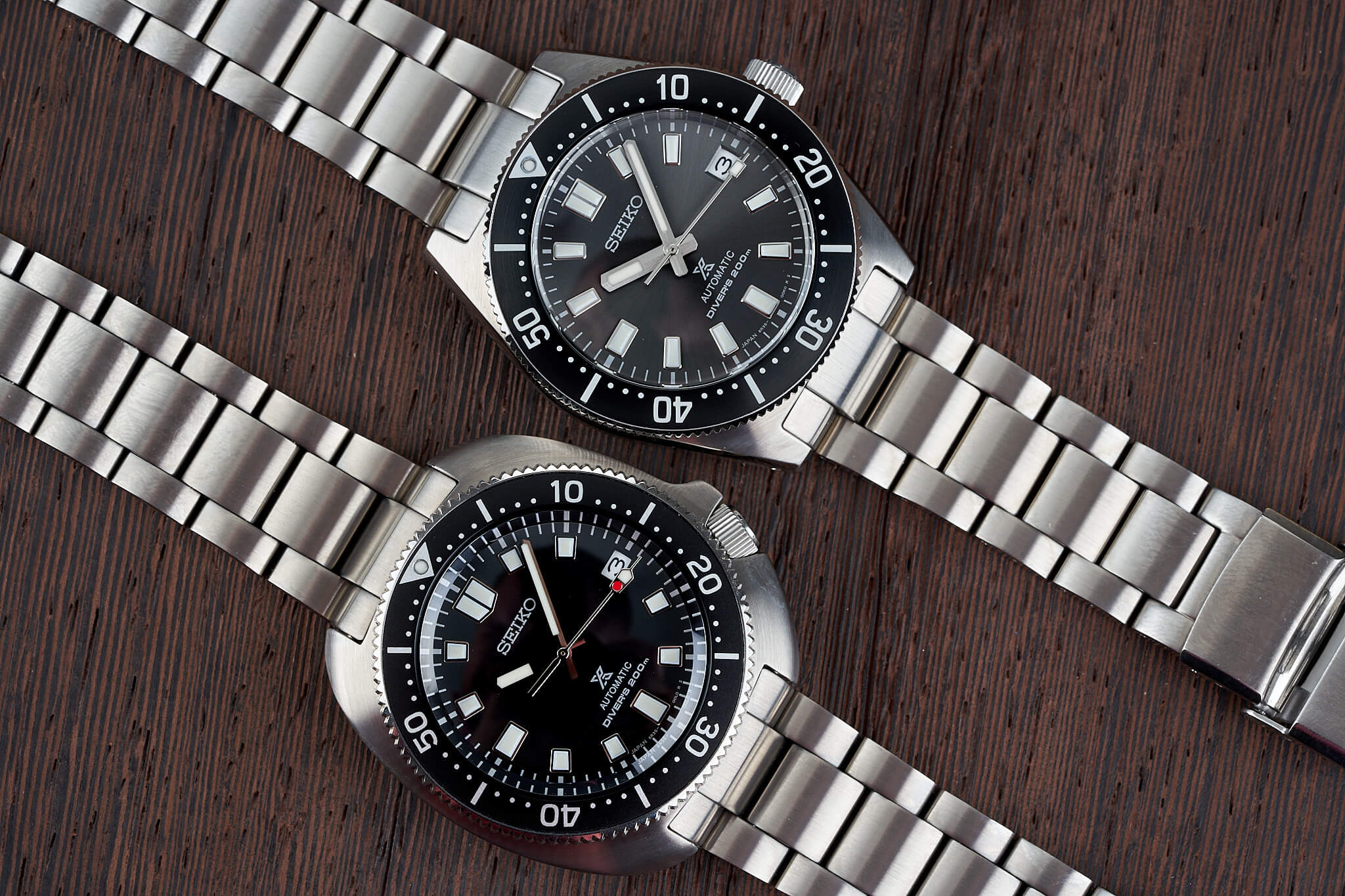 It’s hard to declare a winner between these two watches. Looking at just the cases and dials of the watches, it seems ridiculous to even compare them. The SPB143 looks like a refined dive watch for the modern enthusiast and the SPB151 looks like a watch your eccentric uncle dug out of the desk drawer. My point is that one looks modern and one looks vintage. They both draw inspiration from the past, but the Willard is obviously meant to be more a direct recreation of the source material. 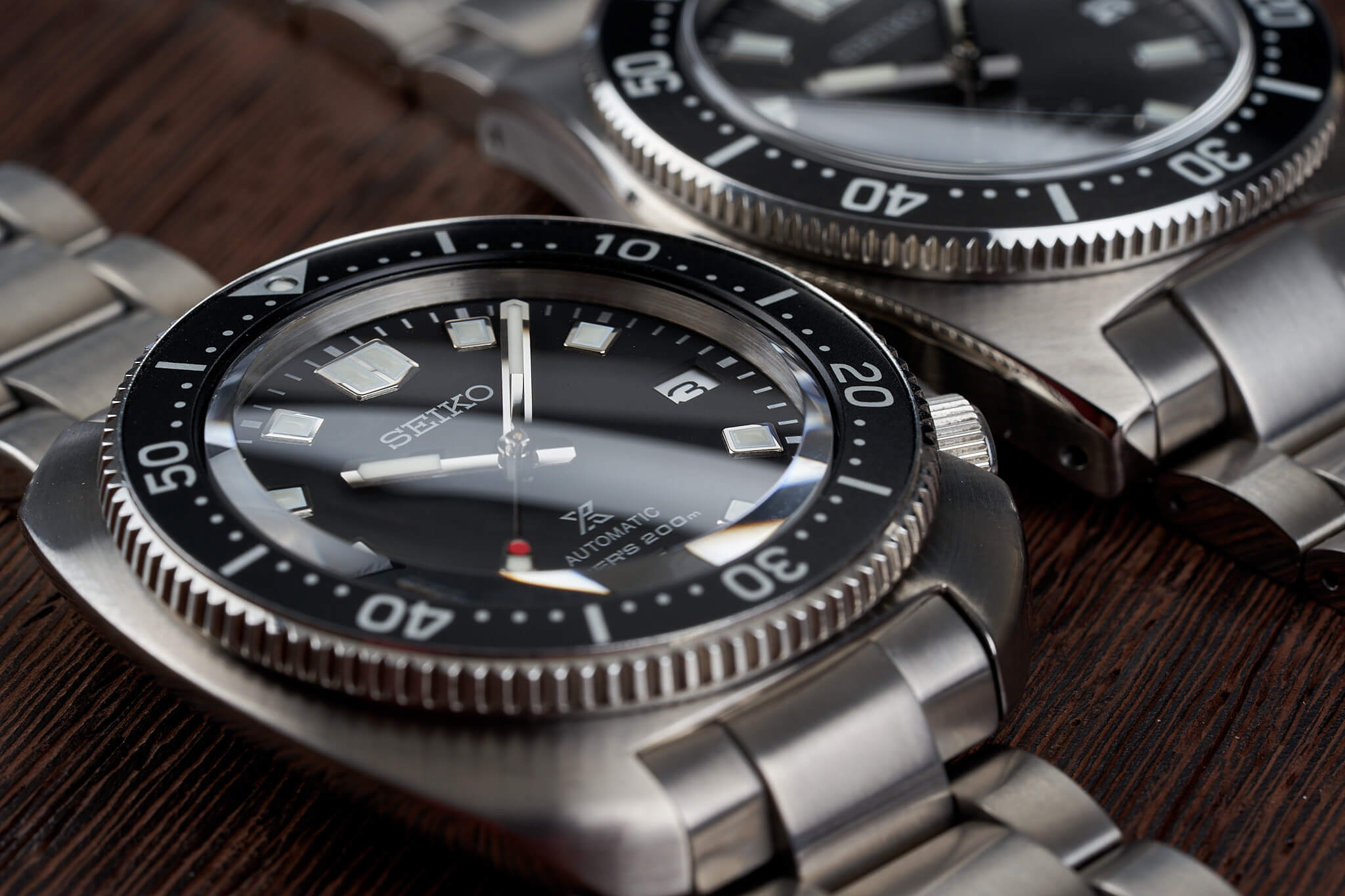 For me, the decision between these two watches comes down to on-wrist comfort. They both share enough in terms of materials and movement to be directly compared. When I first got the Willard in for review and put it on, I was blown away with how comfortable it was. What I said above about it feeling like someone pressed a mold onto your wrist wasn’t hyperbole. However, the case shape had me leaning heavily towards the SPB143. It looked more versatile than the Willard and rightfully so; the Willard is kind of weird-looking. You could easily pass the SPB143 for a dress diver; not so much with the Willard. 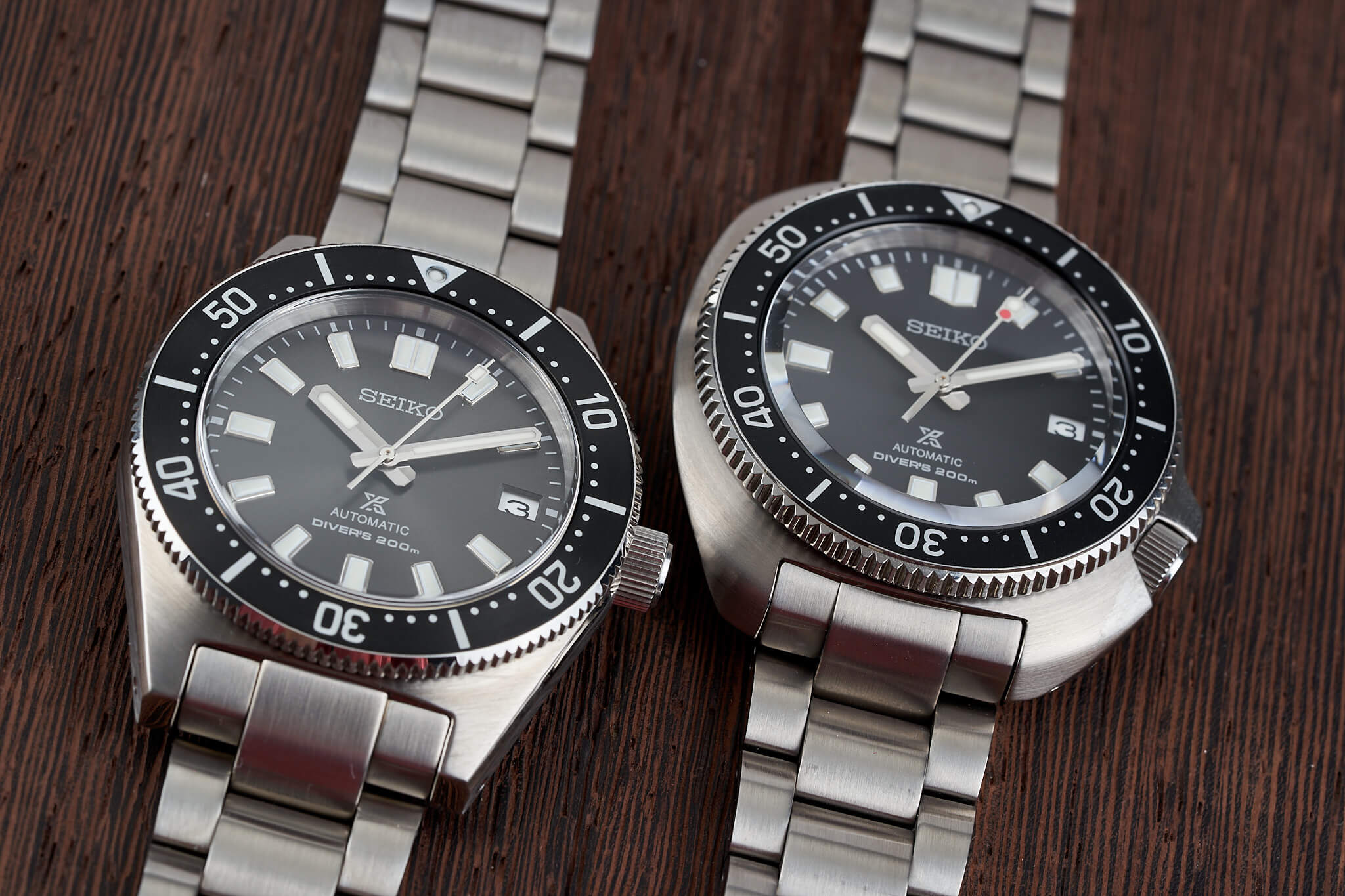 The more I wore the Willard, the more my favoritism for the SPB143 began to wane. It was so hard for me to ignore how comfortable the Willard was, especially given the extra couple millimeters of its case size; it felt like a smaller watch. What it boiled down to was that the Willard had that Seiko magic I mentioned in the beginning; the SPB143 did not. The SPB143 was exactly what you expected it to be; the Willard was beyond expectations. 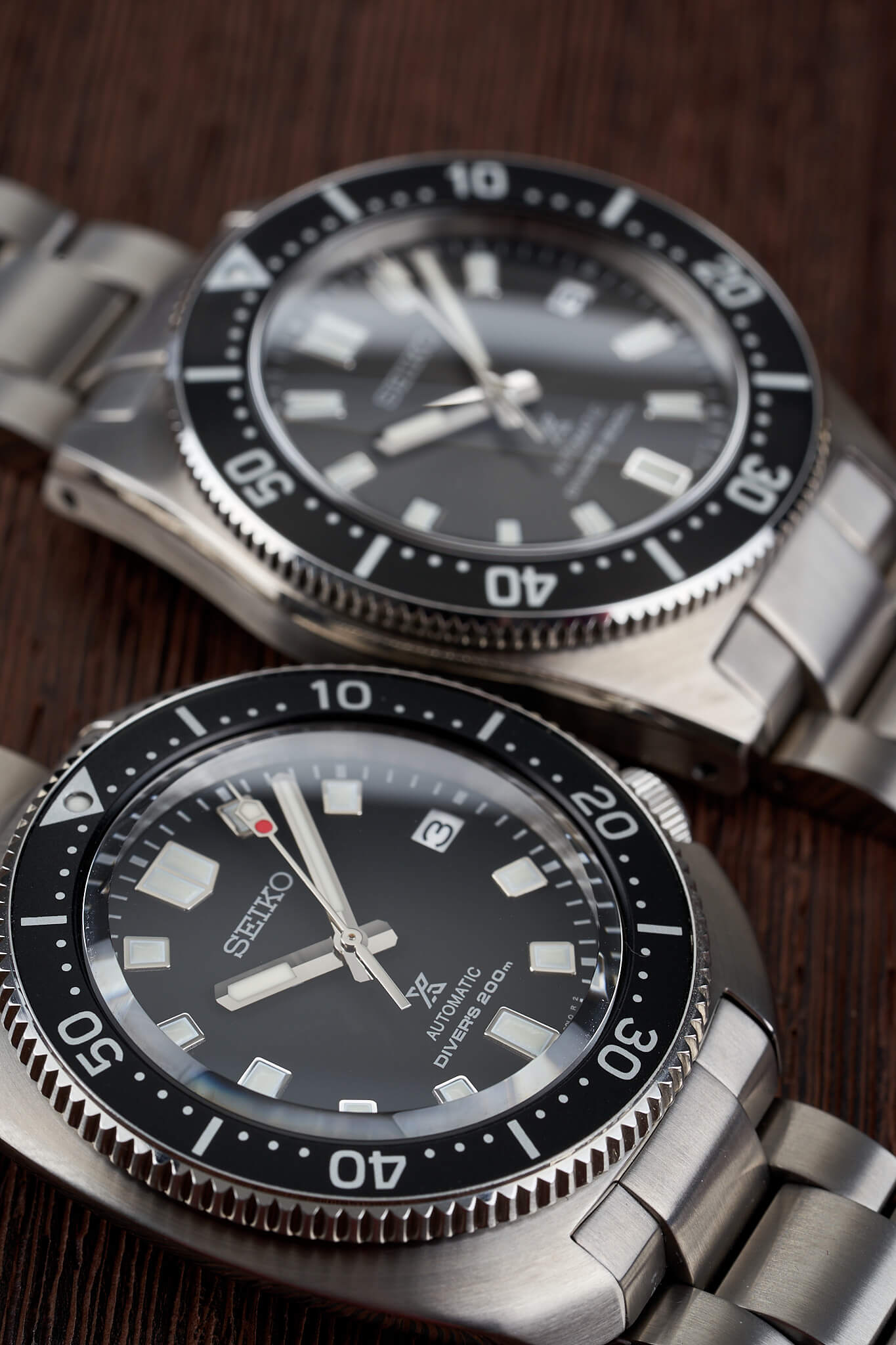 Seiko certainly knows how to make it difficult to decide which of their watches you should buy. Not only do you have to decide between watches like the SPB143 and SPB151, but after you choose one of those, you need to decide if it’s better than every other dive watch they make. Despite all that, the Willard is objectively a great watch. It has many of the things fans of the original Captain Willard have wanted from Seiko including a smaller case size, a modern movement, and sapphire crystal.

It was hard for me to get across how different this watch looks in photos and how it is when you get it on your wrist. There are some watches where you know you’re going to like it and don’t need to try it on before you buy it. I don’t think this is one of those watches. You need to try it on for 2 reasons: you need to see if it fits your wrist size and shape, and you need to see how great it is in person.

When I saw this watch and the SPB143 announced earlier this year, I completely brushed off the Willard. “There’s no way that watch is for me,” I told myself. I was dead wrong. I wish I had given this watch the second look it deserves earlier than I did. If you’ve been on the fence about the Willard, jump over it and get on it because you’re going to love it.

Check out more Seiko reviews at The Watch Clicker

More Images of the Seiko Willard